Romance Under the Northern Lights

There are many reasons to consider Western Canada when you’re looking for romantic weekend getaways, whether it’s Valentine’s Day in February, or a summer destination for two. Of course, you’ll find quite different things to do depending on the season! 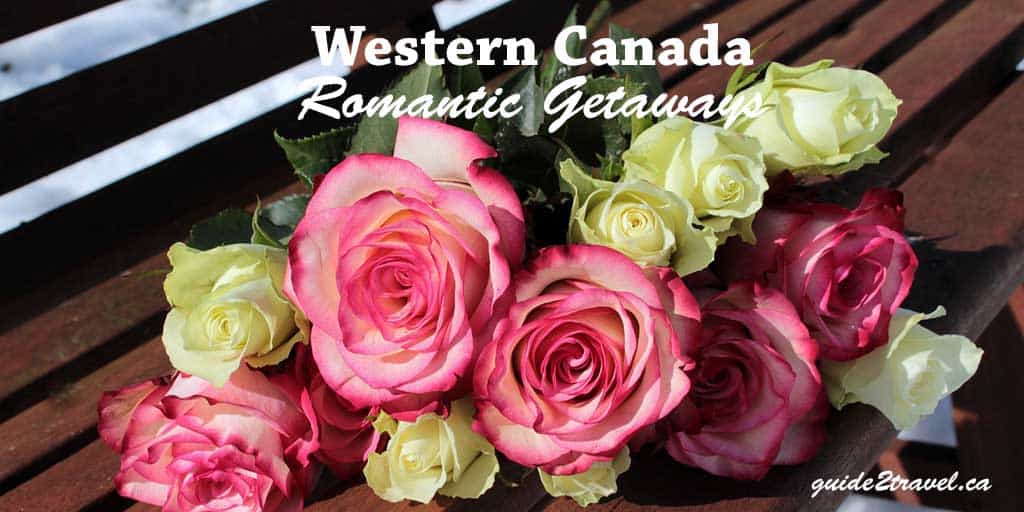 Here are five of my favorite weekend getaways, along with the reasons I’ve added them to this winter list of romantic cities in Western Canada. While David and I typically love to share outside activities, I’ve included something for everyone, no matter what your definition of romance includes. 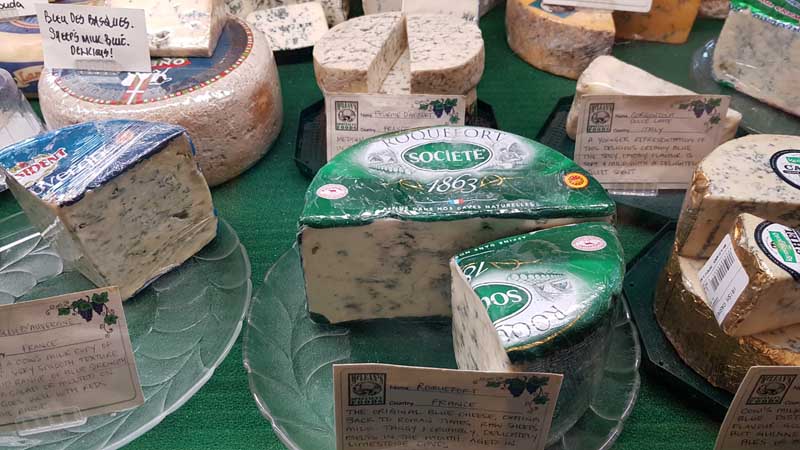 Islands often top the lists of romantic destinations. Why? Perhaps because they’re small and provide a chance to get away from the hectic pace of the day-to-day world and spend time with a significant other just relaxing. And what better way to relax than with wine and chocolate — two of the main reasons that Nanaimo leads my list of weekend romantic getaways in Western Canada.

Even if you’re not familiar with this small city on the east coast of Vancouver Island, you may have already heard of the Nanaimo Bar — a tasty concoction of chocolate layers and cream filling. Indeed, there’s even a Nanaimo Bar Trail. What better way to enjoy a winter afternoon (average daytime temperature in February is 40F, or 4C) walk than from one taste-tempting spot to another? You’ll find everything from Nanaimo Bar fudge and cake to Nanaimo Bar cocktails.

And as to the wine, well, Vancouver Island has been home to various wineries since the 1920s, so you’ll find lots of local vintages to try. You can also check out these 10 wineries in and around Nanaimo to visit.

Of course, while chocolate and wine are traditional gifts for Valentine’s Day, there’s nothing better than cheese with your wine choice. You’ll find the selection in the photo above at a great spot I discovered — McLean’s Specialty Foods. They feature 150 different imported cheeses from around the world! 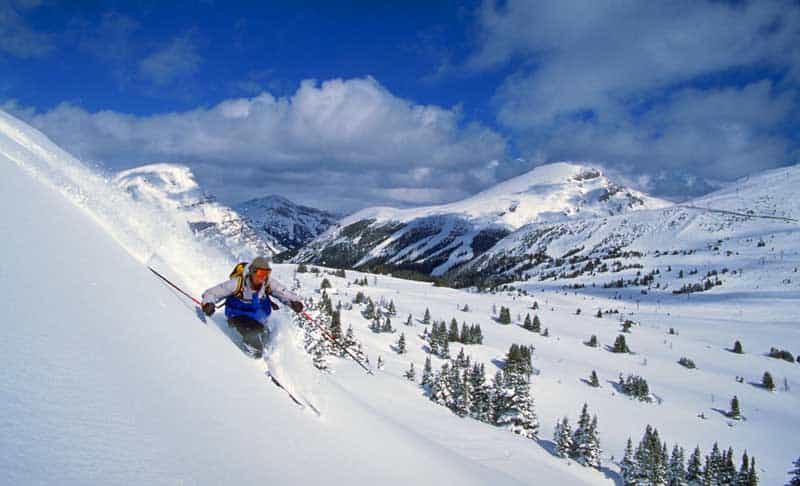 Banff is one of Canada’s most iconic destinations as well as it’s oldest National Park. In fact, it was the only Canadian location on the National Geographic list of the world’s top 21 travel destinations.

I explored Banff in February a number of years ago, and can guarantee that there are lots of things to do. Whether you want to hit the ski slopes in Sunshine Village, or let the steam from the mineral waters of the Banff Upper Hot Springs envelop you, I can guarantee you and your significant other will take home lots of great memories.

Average daytime temperatures in February in Banff are around the freezing mark, although you never know when a beautiful chinook wind will blow in some gorgeous warmer days.

And if you’d like to pamper your special someone, check into the Fairmont Banff Springs hotel. It looks like a castle and treats you like royalty, making it the perfect weekend romantic getaway in Western Canada. 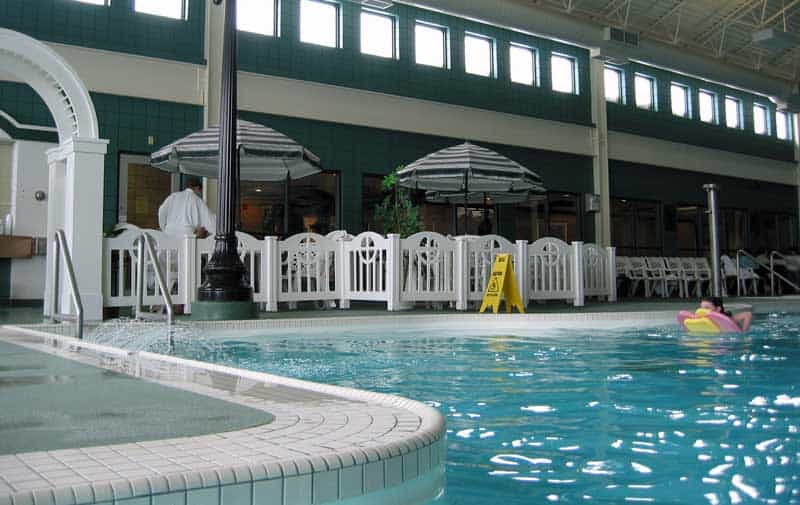 Moose Jaw is my favorite romantic getaway city. I may be biased though, as it’s only an hour-and-a-half drive from where I live, so I’ve enjoyed visiting many times.

And while the name, Moose Jaw, doesn’t exactly inspire romance, the Temple Gardens Mineral Spa does.

Imagine curtains of Northern lights flickering overhead — steam rising from the geothermal mineral water — and your special someone floating beside you in the rooftop pool. Indeed, the chemistry of these mineral waters are similar to those in Bath, England, the centuries old location of the Roman Baths. And the spa provides 4-star accommodations with 179 guest rooms.

In addition to the Spa, there are many things to see and do in Moose Jaw. My favorite? The Tunnels of Moose Jaw, which take you underneath the downtown to a network of tunnels once used by everyone from gangsters (think Al Capone!) smuggling alcohol during prohibition, to a Chinese opium den from the end of the 19th century.

The tunnels, as you’ve likely guessed, used to help locals downtown avoid cold winter weather. However, Moose Jaw is actually one of the warmer places to be in Southern Saskatchewan at Valentine’s, since it’s average daytime temperature is 23F (-5C) compared to the capital, Regina, and largest city, Saskatoon, both at 19F (-7C). 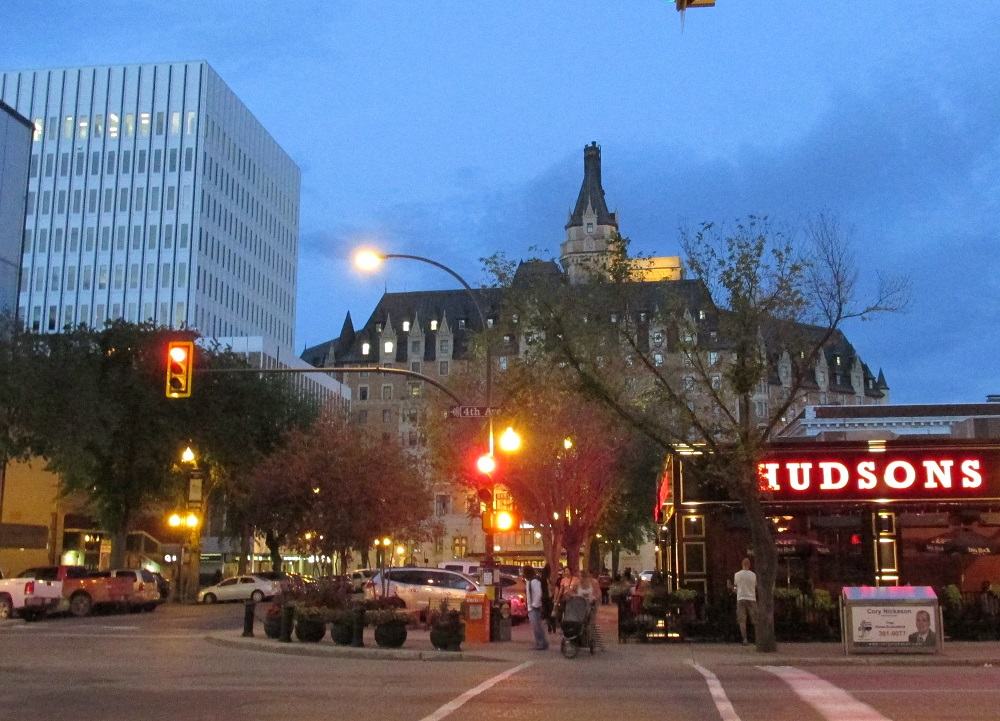 Delta Bessborough in Saskatoon at night.

Saskatoon is known by a number of different names, but my favorite is the Bridge City. While bridges aren’t  canals, like you’ll find in various other romantic cities, the seven bridges and 24 pedestrian crossings provide lots of opportunities for romantic walks. Plus, the beautiful Meewasin Valley Trail lets you hike and cross-country ski right through downtown Saskatoon.

But why so many bridges? Because the South Saskatchewan River flows west to east through the city, making it one of Saskatchewan’s prettiest cities.

You can even stay at the castle on the river, the historic Bessborough Hotel. We loved the atmosphere! Or, you can enjoy my second-favorite historical hotel in Saskatoon, The Senator, with its adjoining English Pub, Winston’s Pub & Grill, which is my favorite place to relax.

After the pub, you’ll have lots of things to choose from with Saskatoon’s 65 different annual events and cultural attractions. 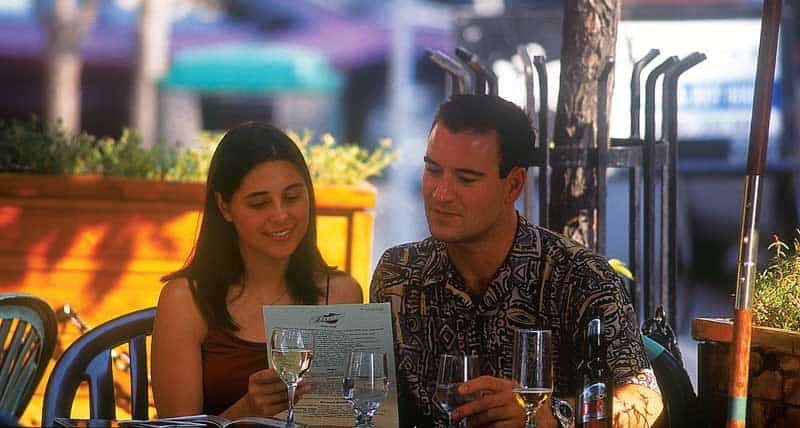 Winnipeg is a popular city for foodies!

Winnipeg is known as the “cultural cradle of Canada.” Indeed, if you and your special someone find a night at the ballet, theatre or symphony is your idea of romance, Western Canada’s fourth largest city (around 3/4 of a million population) is the perfect destination. It’s home to Canada’s Royal Winnipeg Ballet, Royal Manitoba Theatre Centre, and the Winnipeg Symphony Orchestra. And that’s only a few of the city’s attractions.

Likely, you’ll be looking for some fine dining before your evening attraction, and Winnipeg has an amazing foodie scene. You may want to check out this list of 41 Restaurants Every Winnipeger Should Put on Their Bucket List for local recommendations. If it’s ethnic food you’re searching for, Winnipeg has a number of different ethnic communities, including such well known ones as the French-speaking community of St. Boniface and Chinatown.

If Winnipeg’s nickname, Windypeg, has kept you away from exploring Winnipeg in the winter though, think again. Winnipeg is actually only Canada’s 12th windiest city. It is, however, the chilliest on this list of romantic getaway cities at an average daytime temperature in February of -14C (7F). The good thing is that if you stay in downtown Winnipeg you can access the Weather Protected Walkway System. What’s that? A massive system of underground and overhead walkways. In fact, it includes 38 buildings with a total 11 million square feet of space and 21,000 employees!

And if you’re looking for the most spectacular reason of all to take your romantic Valentine’s getaway to a city in Western Canada — it’s for the Northern lights or aurora borealis light shows! While there are no guarantees on when  Northern lights appear, beautiful aurora borealis have been seen at all of these locations. Here’s a time-lapse video from some at Winnipeg.

Check out the following links to plan your romantic getaway to one of these cities.

These are my favorite romantic cities in Western Canada. Which one is yours?

Share your reasons in the comments below or tell us which Western Canadian city you think is the most romantic!

Life in Canada in 1882 was more often one of hardship, than not. However, for a select group of English immigrants, Cannington Manor promised--and delivered over the next decade and a half--the life of an English Squire in Saskatchewan. From glee club and Town Hall...
Read More

The Inglis Grain Elevators National Historic Site at Inglis, Manitoba, provides examples of the prairie giants that once were the icons of Canadian plains.

The photo above is titled: Northern Lights bring Manitoba Skies to Life! by Ron Cantiveros. Cropped for the header. Reused under a CC BY-NC-SA 2.0 license from Flickr. 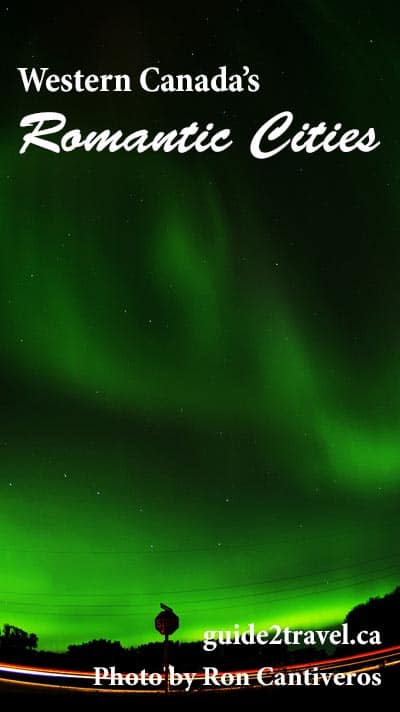