Armenia and Georgia are two countries of the South Caucasus, each of which has its own rich history and culture. They both are real treasure troves of historical attractions. Today we want to offer you a journey into the past and will tell you about the most famous and mysterious castles and fortresses of Armenia and Georgia. Make sure to visit some of them during your trip to Caucasus.

Castles and fortresses in Armenia

Armenia is often called «an open-air museum». Indeed, in the small territory of the country there are many priceless architectural monuments, religious sites, mysterious castles and fortresses. Today, we’ll highlight only a few of them. 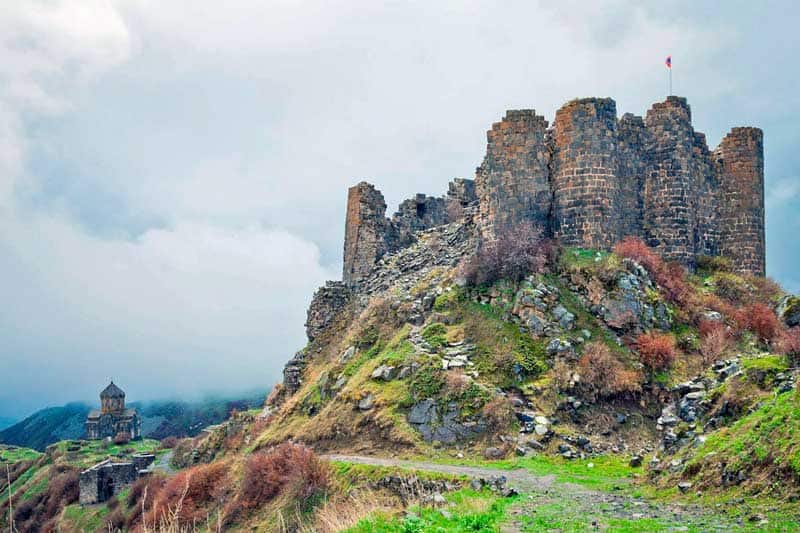 Amberd fortress is located on the southern slope of Mount Aragats, at an altitude of 2100 meters. From two sides the fortress is surrounded by gorges. The route to Amberd passes through the mountain serpentine, and in winter the fortress is completely isolated from the outside world.

The exact date of Amberd construction is not known, the historians suggest an approximate date of VII century. The first «hosts» of the fortress were the princes of the Kamsarakan family, and then it was passed on to the Pahlavuni royal family. In the XI century, Vahram Pahlavuni fortified the construction, and built there the church of Vahramashen.

Despite the fact that Amberd was repeatedly captured, the strong walls of the castle still rise.Today there are preserved the massive walls of 4 meters in thickness, the foundations of the structure and the church. During the excavation there were discovered several underground passages leading to the Amberd River.

Amberd is included in almost all walking trips in Armenia. 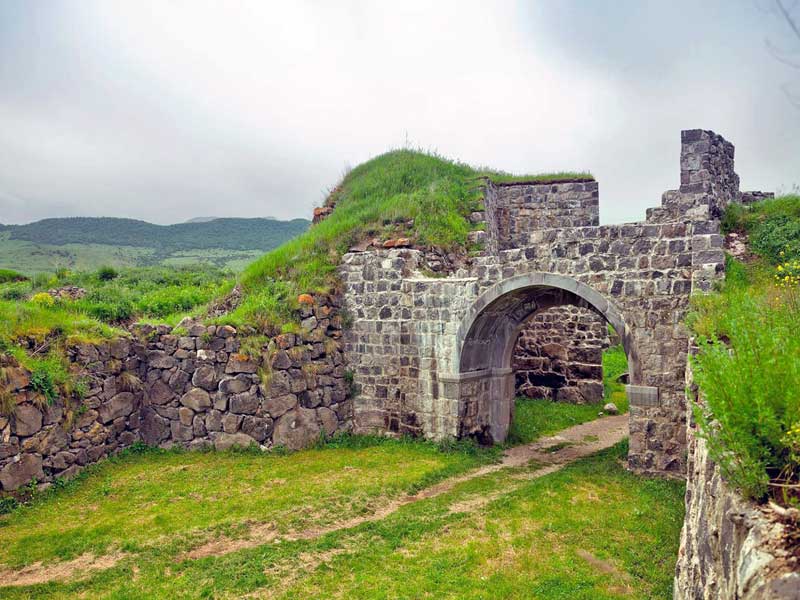 Lori Fortress is located in Lori region, on the bank of the Dzoraget River, near the Stepanavan dendropark.

Lori Fortress is located in Lori region, on the bank of the Dzoraget River, near the Stepanavan dendropark. The fortress was built around 1005 – 1020 by David Landless. At one time, Lori Berd being located on the northern trade route played an important role in the development of the country. In the XIII century, the fortress had a population of 10 thousand people.

Lori Berd was repeatedly attacked by Seljuks and Mongolian troops. Once it was plundered, the treasures of Shahnshah Zakaryan were stolen, and the chapel was destroyed. From 1562 to 1734 the fortress was in the hands of the Turks. Lori Berd was an important strategic object till the end of the XVIII century after which it lost its importance and turned into a castle. Today we can see well preserved walls, the church and the baths. Near the castle there is an arched bridge across the Urut River. 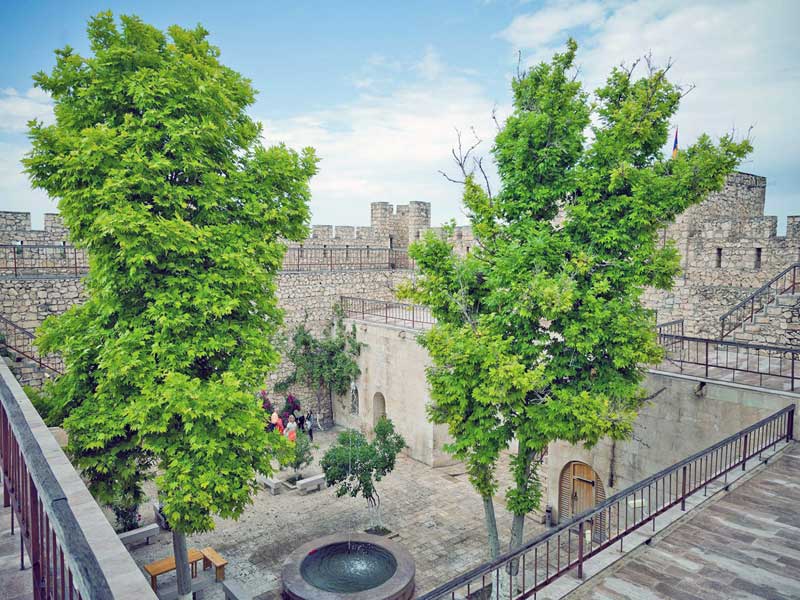 Tigranakert Fortress, Artsakh, on the bank of the Khachenaget River, on the trade route from Syunik to Georgia.

Tigranakert was built during the reign of Tigran the Great in the 1st century BC in Artsakh region. The first mention of Tigranakert belongs to the historians Movses Kakhankatvatsi and Sebeos and refers to the VII century. Tigranakert is located on the bank of the Khachenaget River, on the trade route from Syunik to Georgia. In 2008, Tigranakert was declared a state reserve.

The ruins of Tigranakert were discovered during the archaeological excavations made in 2006. It was found out that the fortress belongs to the late and early medieval period (II-VII centuries). Tigranakert with its powerful walls was of strategic importance in the defensive system of the city. The northern wall is unique in its size, and its foundation was hewed out in the rock. During the excavations, towers of the fortress and the wall of 20 m were discovered. Numerous ceramic items dating back to 2 thousand BC were also found on the territory of the fortress.

Castles and fortresses in Georgia

Majestic Georgian mountains hide not only natural values, but also ancient monuments, the keepers of history. Today we will discover the most famous fortresses of Georgia. 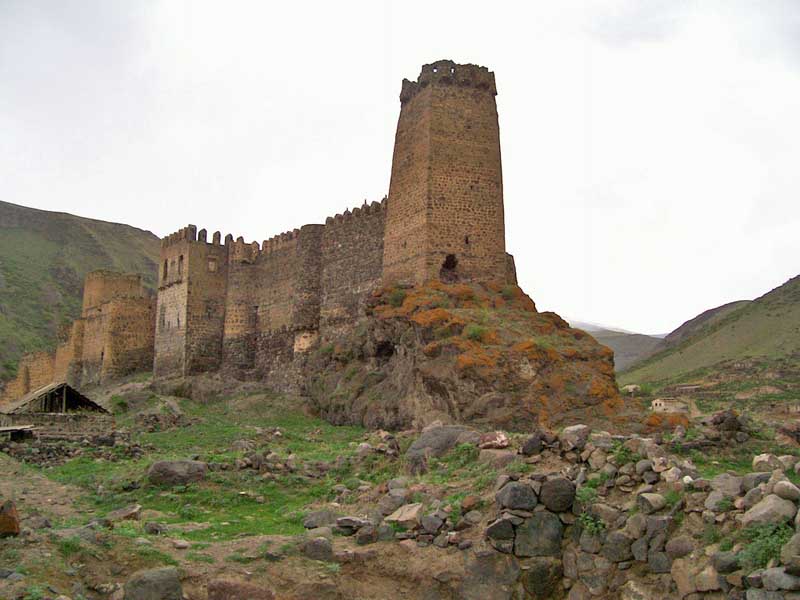 Planning a trip to Georgia you will see so many pictures of the fortress of Hertvisi, because this is the most frequently photographed monument of the country. It should be noted that the landscape of the neighborhood is simply breathtaking, and the fortress itself is in perfect harmony with the landscape.

Khertvisi is located on a high hill, near the cave town of Vardzia. The exact date of its construction is not known, the first mention of the fortress dates back to the times of the Great Silk Road. At one time, Khertvisi had an important strategic role due to the location. The fortress was on trade routes and was impregnable not only due to location, but also thanks to a powerful citadel.

Today the fortress of Khertvisi is in excellent condition. In 2007, the structure was included in the UNESCO World Heritage List. 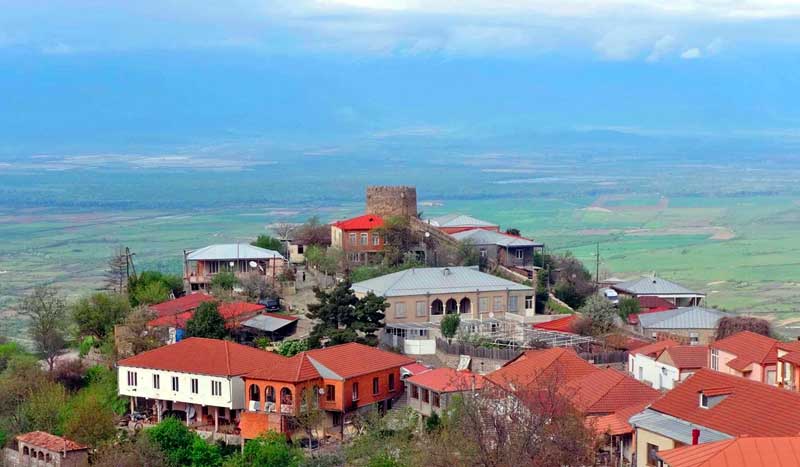 Signaghi Fortress, Georgia. Located is located on a high hill from which opens an inspiring view to Alazani Valley.

Signaghi is considered the most picturesque monument of Signaghi town, as well as the largest fortification structure in Georgia. The construction was started in the XII century, under the reign of Queen Tamara and was completed only in the XIII century under Heraclius II.

The fortress is located on a high hill from which opens an inspiring view to Alazani Valley. The walls repeat the outline of the mountain. They are built in two tiers and there is a fighting path before the walls. The cylindrical towers with prongs are built along the wall. The fortress had an important defensive role, and that is evidenced by the powerful walls and fortifications. 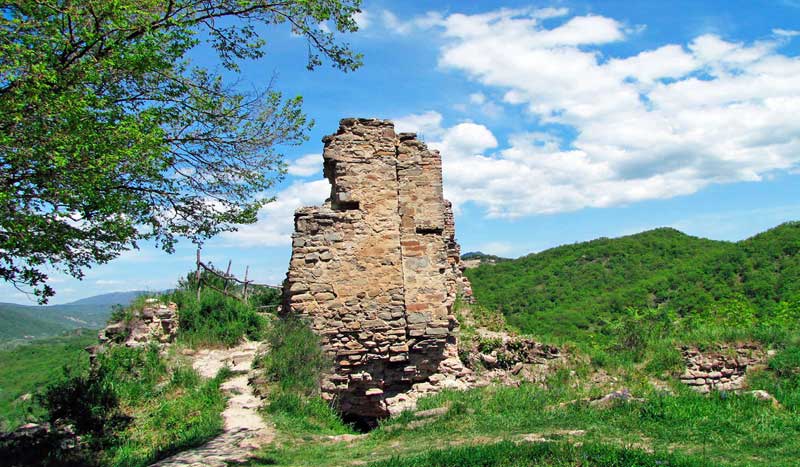 Ujarma Fortress is inferior to its previous two monuments, but it is worth considering as a valuable historical monument. Ujarma is located 40 km away from Tbilisi, in the foothills of the Gombori Range.

The fortress was once a part of Kartli – one of the first states on the territory of Georgia. Ujarma was founded by the king Varaz-Bakur in the III century BC. And reached its heyday during the reign of Vakhtang Gorgasali (V – VI centuries). At the same time, defensive towers of the fortress were built.

Today only ruins are left from the majestic fortress. On the territory there is a functioning temple of Saint Rajden. There is another interesting fact about the fortress Ujarma. According to the legend, St. Nino (the founder of Christianity) set one of her three crosses in the fortress. The cross was a symbol of the adoption of Christianity in Georgia.

Visit the Castles and Fortresses of the South Caucasus

About the Photo & Author

The photo in the header above is of the Amberd Fortress, in Armenia. Armenia is in the South Caucasus, a geographical region in the vicinity of the southern Caucasus Mountains on the border of Eastern Europe and Western Asia. The photo was provided by the post author, A. J. Andrews. 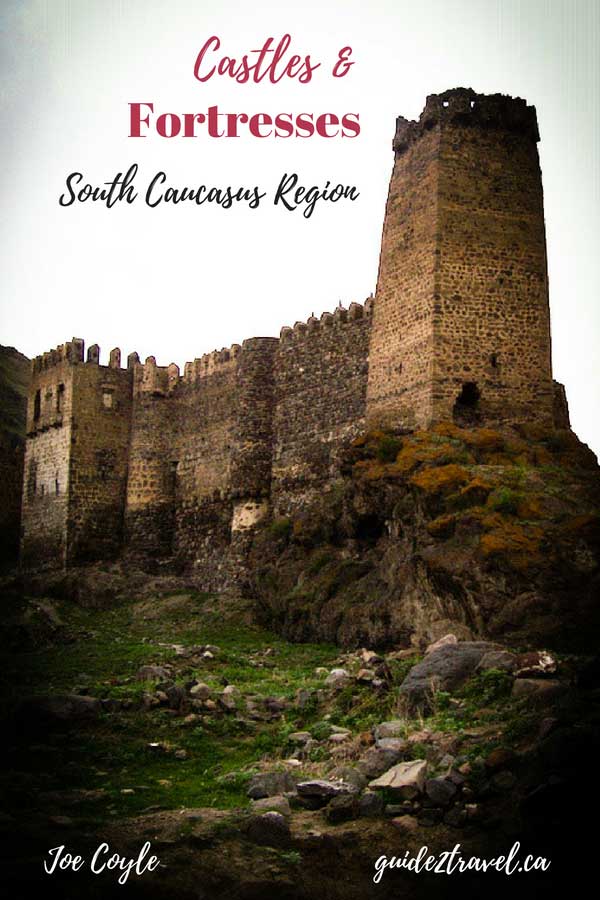 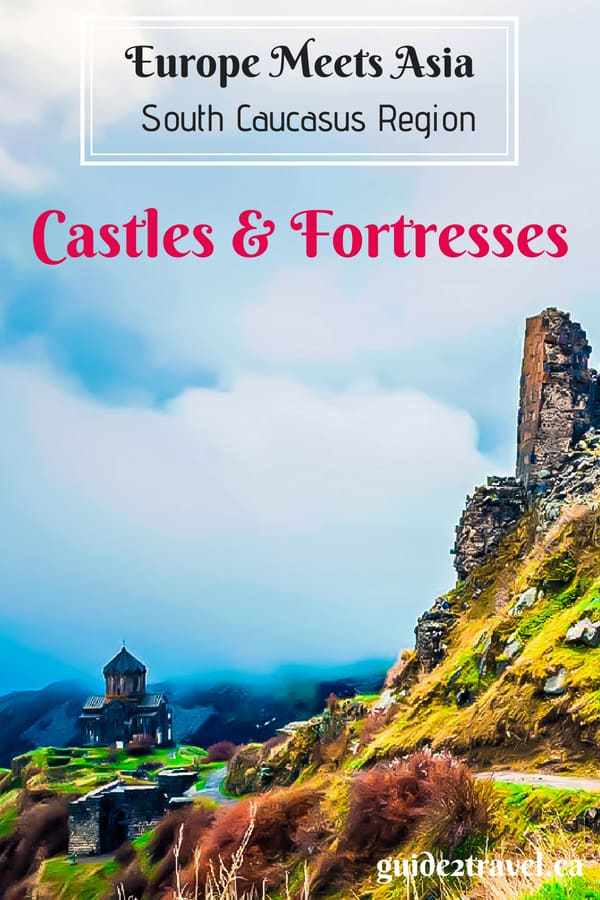 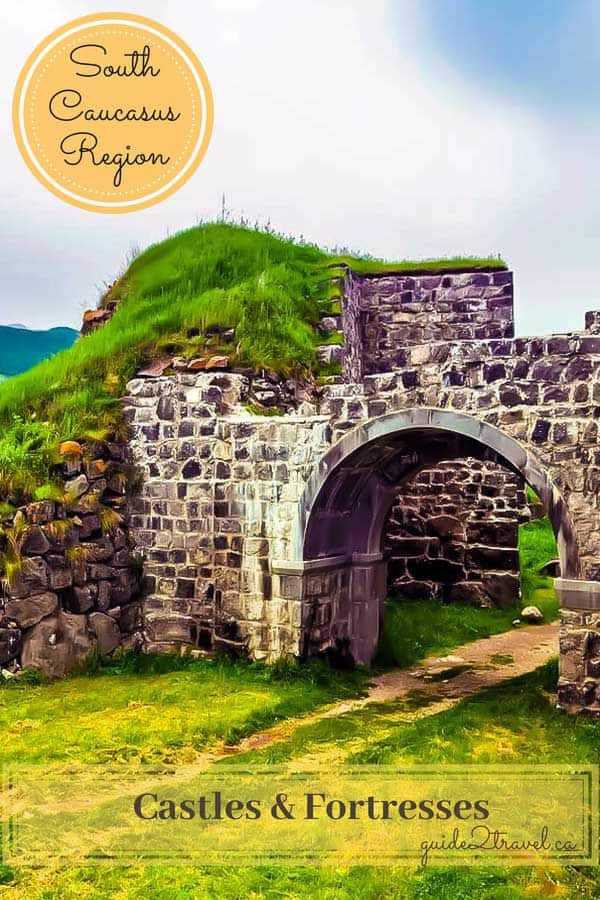