Steeped in Colonial history, Boston is an unforgettable adventure. One of the country’s most historic cities, it is the setting of numerous events that helped spark the American Revolution. The determination of these Bostonians earned the city its moniker, Cradle of Liberty. Nearly 400 years of history are on display in many of its must-see sights. Boston also boasts exceptional food, performance venues and sporting events. With so many fascinating points of interest, the toughest decision will be what to experience first when you visit Boston. 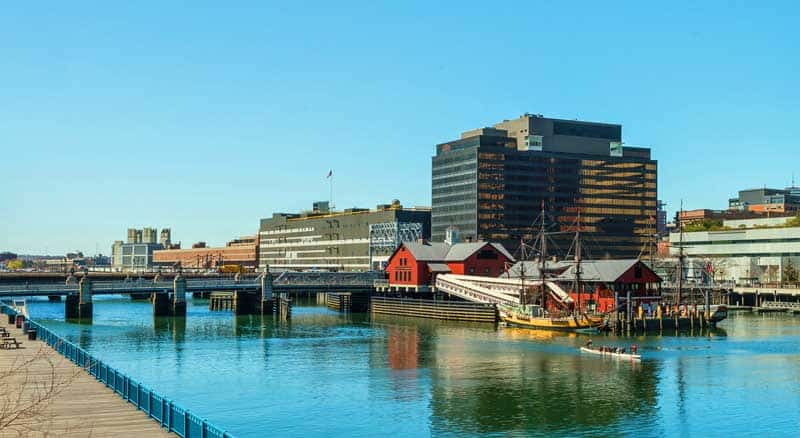 One of the best times to visit Boston is April to May. June is crowded as the city’s numerous colleges and universities hold commencement exercises. The city is a popular summer vacation destination. During early fall, school field trips descend on the city. Winter can be cold and snowy. Spring also offers some of best rates on lodging and other activities. Temperatures range from 40 to 65 degrees, and light precipitation is possible.

There are a few dos and don’ts when visiting Boston in the spring.

Best Ways to See the City 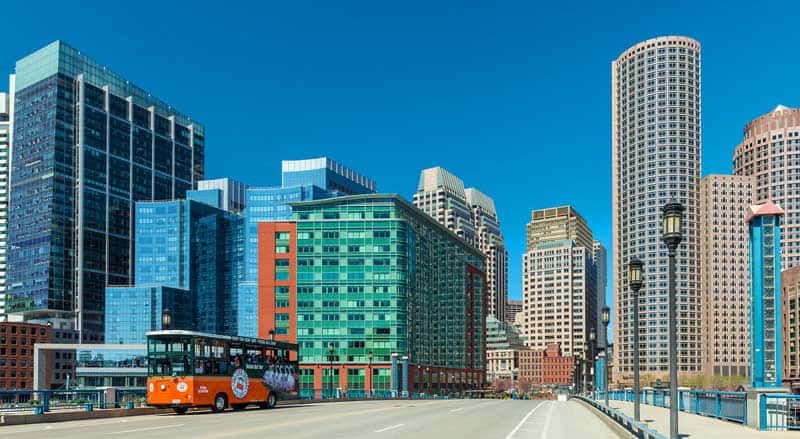 The “T” is the colloquial name for Boston’s public transit system, which was the country’s first subway system. Although you can navigate around the city using this quick and economical form of transportation, you will miss a number of sights while traveling underground. The best way to travel around Boston is to use the hop on/hop off privileges of the Old Town Trolley.

Boston is fairly compact. You can walk between many popular attractions located near each trolley stop. When you have finished exploring, you can hop on the next trolley to continue the popular sightseeing tour that includes an entertaining and informative narration. View many of Boston’s most popular attractions while learning lesser-known facts and interesting tidbits about the Cradle of Liberty.

As the weather starts to warm up, Bostonians begin to enjoy the outdoors. Numerous events and celebrations mark the end of winter and the start of spring and summer sunshine. 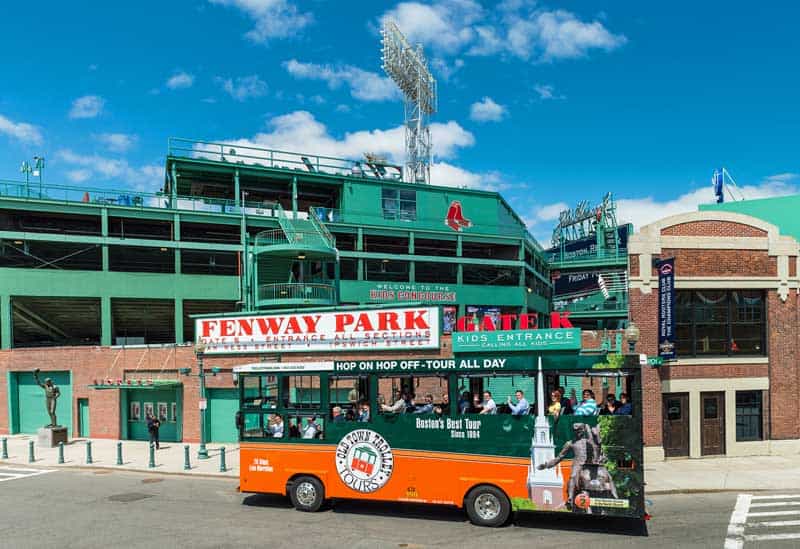 Patriots Day celebrations are held in mid-April. Reenactments and other events commemorate the first battles of the American Revolution. Historical societies and local minutemen honor the circumstances that led to American liberty.

The Boston Marathon is the oldest road race of its kind in the United States. Held every year on Patriots Day, elite runners from around the world gather in Boston. You can join the crowd along the route and cheer on the competitors. The most exciting place is near the finish line on Boylston Street.

Boston is a sports-crazed town. Opening day at Fenway Park is your chance to enjoy a game inside this legendary ballpark. April is also a time to witness the end of season home games for the Boston Bruins and Celtics at the TD Garden. The atmosphere can be electric if the teams are in the hunt for a spot in the playoffs.

As the old saying goes, April showers bring May flowers. Awakening from the deep winter slumber, the trees, flowers and other plantings in the Public Garden and Boston Common burst into color. 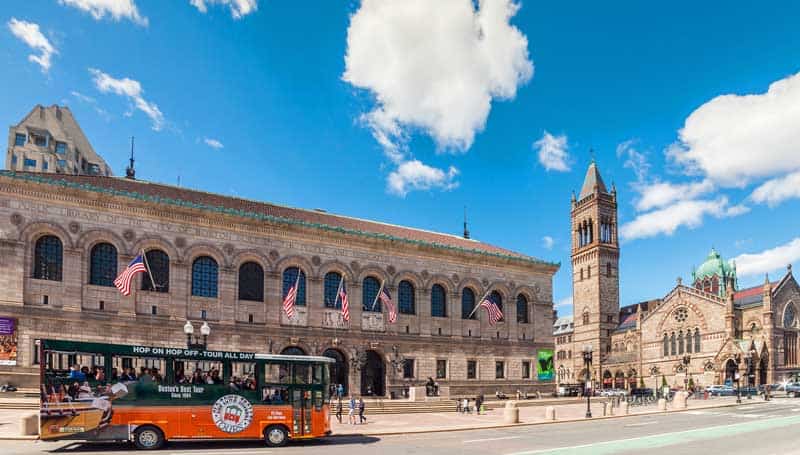 The annual Duckling Day Parade takes place on Mother’s Day. The event commemorates the popular children’s book “Make Way for Ducklings.” The parade route traces the path that Mrs. Mallard and her flock of eight ducklings followed in the beloved story by Robert McCloskey.

Boston Calling is a three-day indie and pop rock music festival held during the Memorial Day weekend. There are three music stages, a comedy stage and over 30 food vendors.

The repurposed Fort Point warehouse district now houses one of New England’s largest arts communities. During early May, many of these studios are open to the public. The SoWa Art Walk is an annual spring event in Boston’s South End. These events offer the opportunity to view works by many promising regional artists. 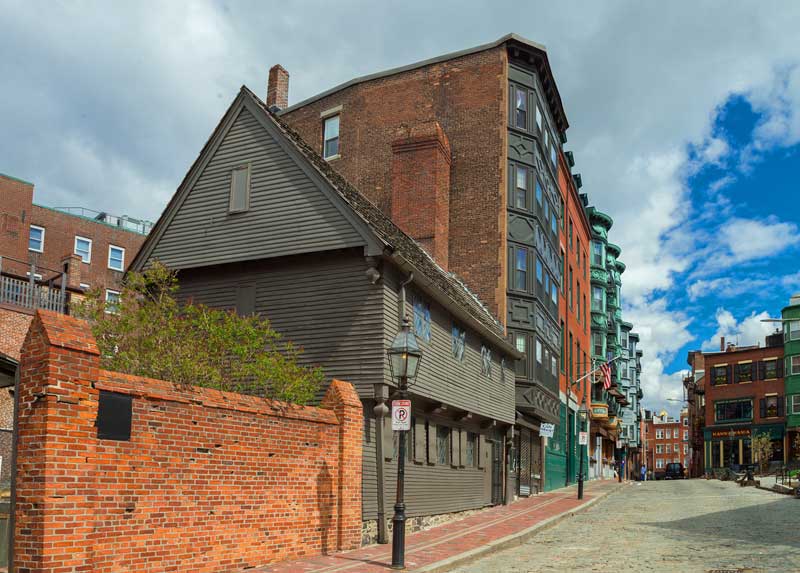 Museum of Fine Arts has hundreds of galleries filled with priceless works from around the world by legendary masters. The collection includes pieces from a variety of periods in a wide range of media.

The New England Aquarium is designed to appeal to visitors of all ages. From its waterfront location, you can stay dry while experiencing the colorful and interesting undersea world.

Located on the Charles River Basin, the Museum of Science offers more than 500 interactive exhibits. There are also live presentations, a planetarium and an IMAX theater. 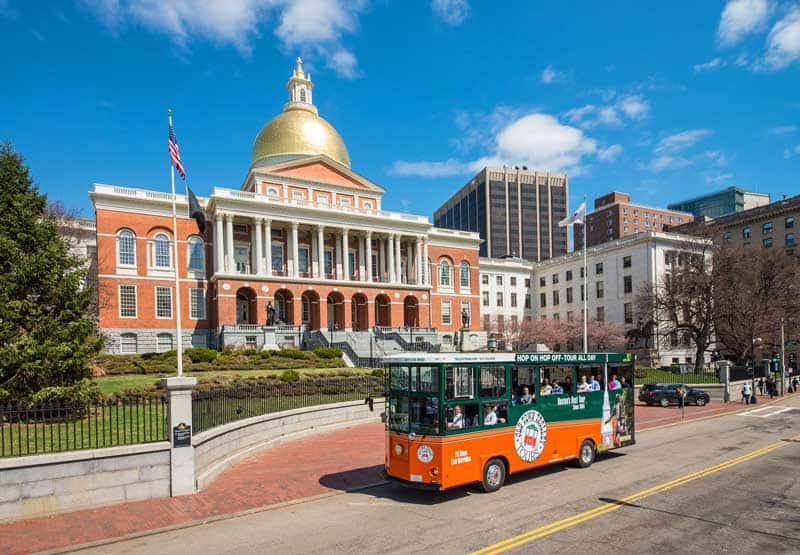 The Skywalk Observatory atop the Prudential Tower affords a 360-degree panoramic view of the city and surrounding countryside. A state-of-the-art audio tour provides information on many of the sites of historic or cultural interest.

Freedom Trail is a 2.5-mile walking tour that leads to 16 of the most historic places in the city. Follow the red stripe marking for a trip through the history that shaped a new nation.

Boston Tea Party Ships and Museum is an immersive experience that brings history to life. Step back in time to that momentous night in December 1773 when the Sons of Liberty sparked a revolution by throwing casks of tea into Boston Harbor. 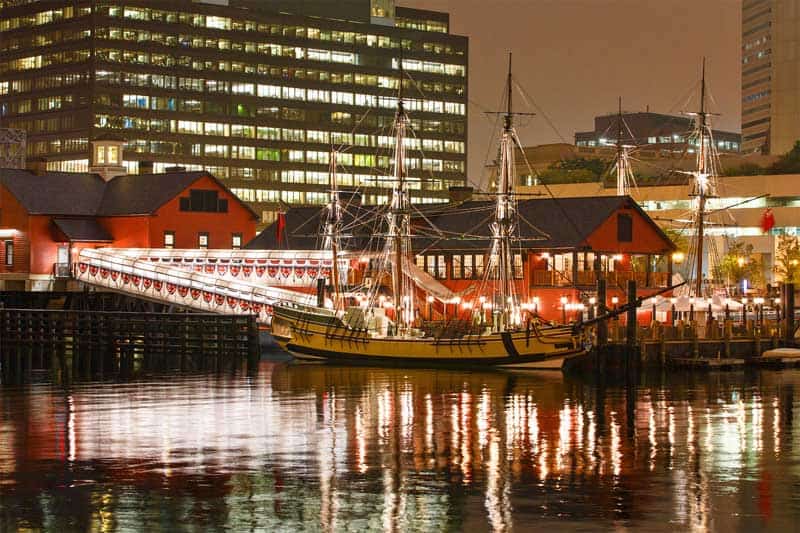 Find More Things to Do in Massachusetts

The witches of Salem may have been hanged on Gallows Hill more than 320 years ago, but their story draws many of us to Salem, Massachusetts every year. In fact, more than a million people visit this city annually to learn a little more about its history....
Read More

Fun things to do in Boston if you only have 2 days and love history — from Boston Common to Old Ironsides to a duck boat ride in Boston Harbor!

We’re always looking for ways to bring you great adventure destinations with a twist of history, so this week we’ve partnered with Mitchell Meyers, an expert on a number of Southern destinations. He shares some reasons to visit Boston this spring, as well as giving you some trip planning tips.

The photo in the header is of the Boston Tea Party boat adventure that you can take in Boston, Massachusetts, USA. Photographer credit (for this photo and all of the others in this article): John W. Penney. 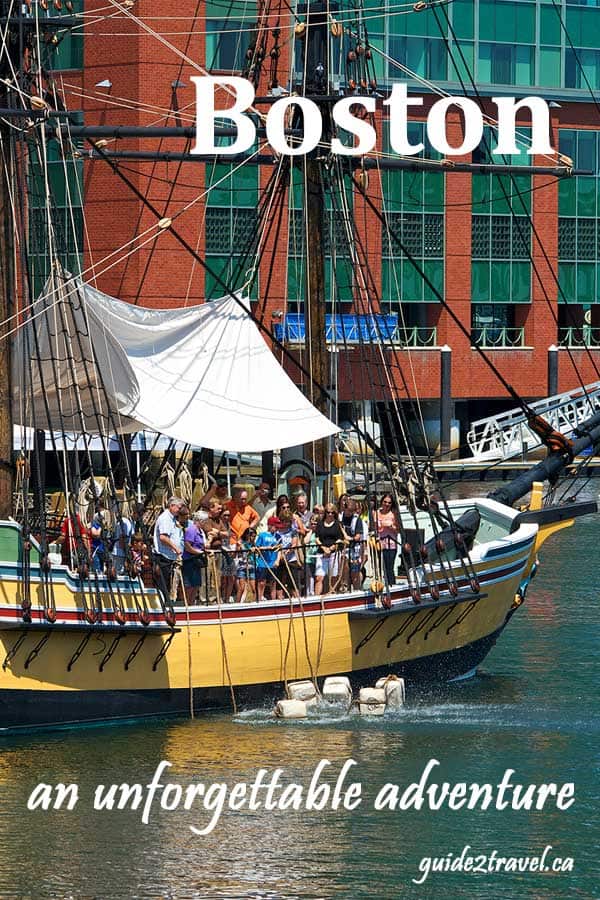 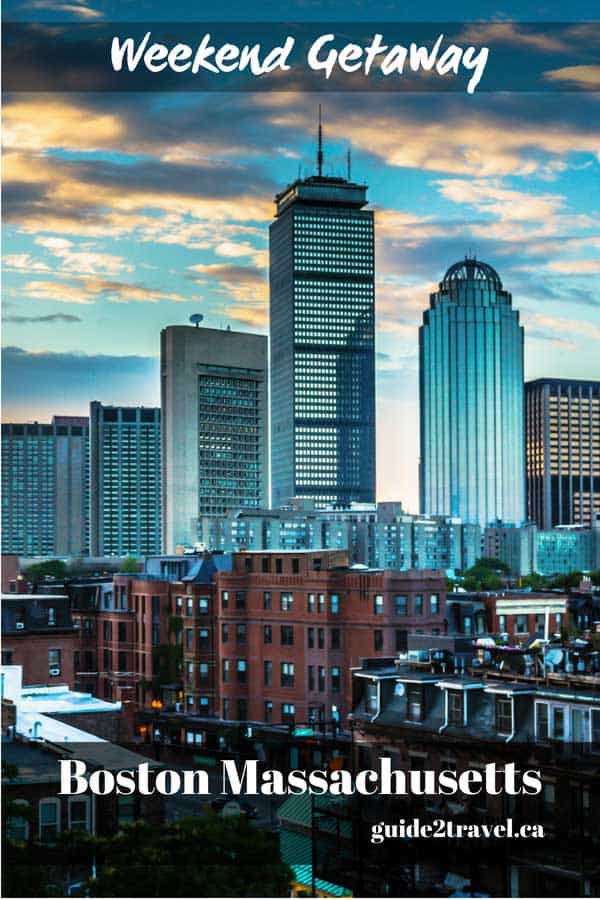 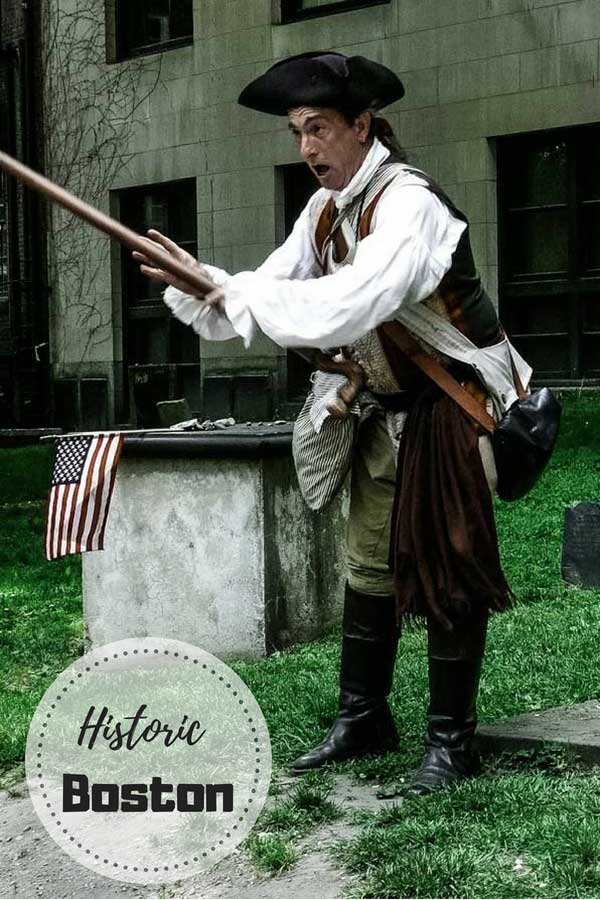 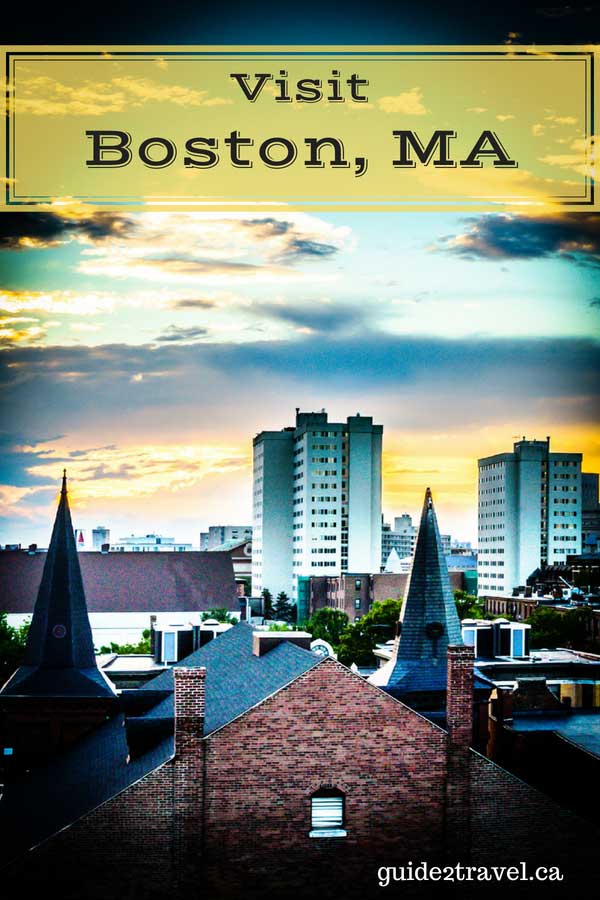