Cumberland Gap is just that — a natural gap, or passage — through the Cumberland Mountains, which are part of the Appalachians. From the top of Pinnacle Overlook in Cumberland Gap park, you stand in the state of Virginia, while the town below is in Tennessee and the vehicle parking lot is in Kentucky. And although the view may be hazy, the Smokey Mountains of North Carolina, a hundred miles away, are often visible.

It goes without saying that the spot is an amazing place to visit! 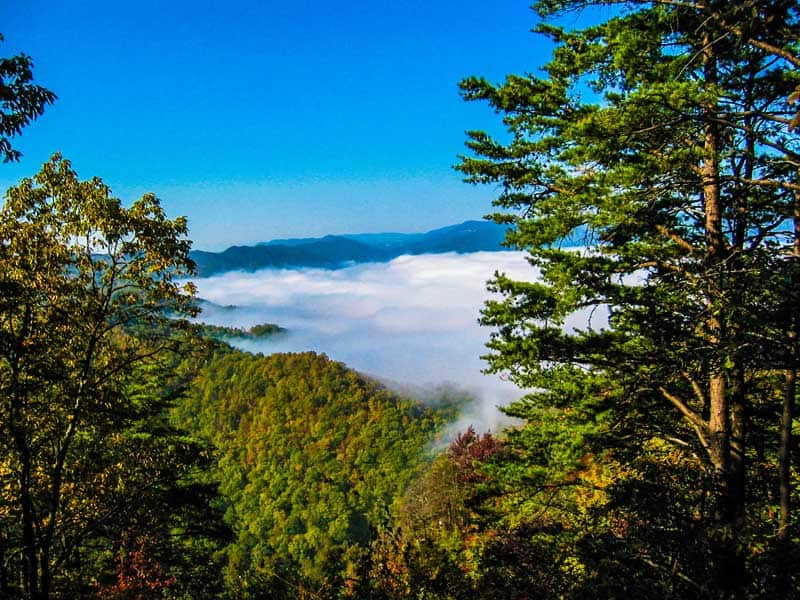 Standing at Pinnacle Overlook and gazing out, I could see Middlesboro, Kentucky, hidden in a large bowl of fog below me. The bowl, I discovered, has a history even longer than that of the original peoples of the area, since it’s a meteor crater. Geologists have uncovered enough evidence to support a theory that a meteor hit the area around 300 million years ago, creating a crater four miles long in diameter.

The town of Middlesboro was actually built at the bottom of the crater in 1886. Why? Well, to take advantage of the iron and coal deposits. However, nobody realized what the hole was really all about until 1962 when a geological survey explored the area. 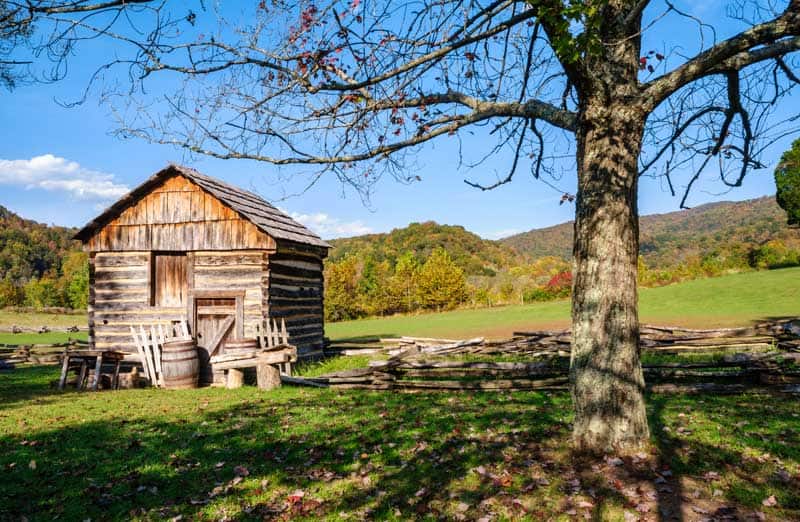 Today, we can turn back time exploring more than 80 miles of trails in Cumberland Gap National Historical Park that follow the original routes of settlers. In the late 1700s, Daniel Boone and nearly 300,000 settlers struggled over this rugged terrain. Now, we can take anything from a 1/4 mile leisurely walk to a wilderness hike through the park’s 32 sq. mile (82.99 sq. km) land area that surrounds Cumberland Gap.

Back in 1775, Boone negotiated a deal with the local Cherokee people for the land. The final negotiations were held at Sycamore Shoals (now Elizabethton, TN), an ancient sacred Cherokee treaty ground on the southern bank of the Watauga River. After it was signed, Boone and his men chopped a trail through 200 miles of wilderness that became known as the Wilderness Road.

Wilderness Road and Cumberland Gap National Historic Park span the borders of Kentucky, Tennessee and Virginia. Between the three states, there are many facilities and opportunities to enjoy the great outdoors, as well as history. 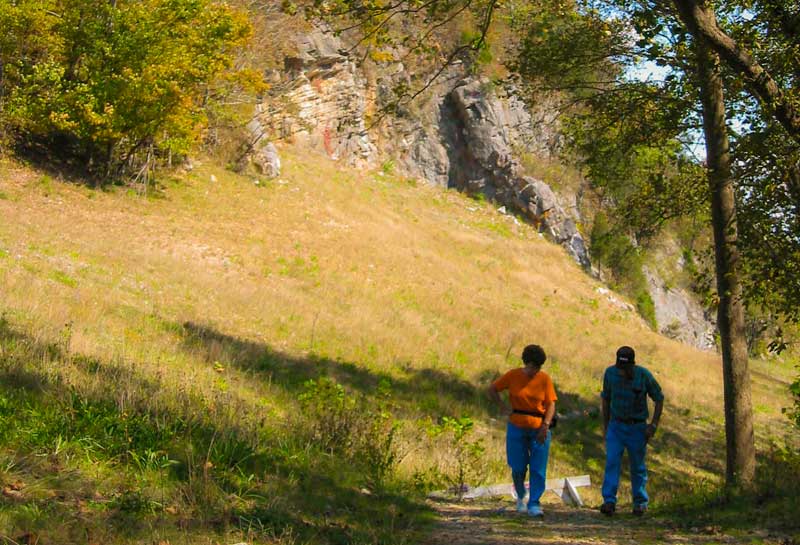 Hiking in Cumberland Gap on the Wilderness Road.

Of course, no day is complete without a walk, so I had to explore some of the Cumberland Gap trails. I soon met a group of hikers coming through the hills, their walking sticks providing secure footing.

The foliage was just starting to take on its rich mix of yellows, oranges, and reds for fall. Black gum, sassafrass, and dogwoods, the first to turn, stood out in the against summer’s greenery. Overhead, Red tailed hawks soared against the clear blue sky.

Much of the rock face was covered with green large-leaved vines I soon found out were the kudzu vine. It sprawled across everything, overtaking the landscape wherever it could. The vine, promoted for erosion control during the 1930s, has the nickname of “mile a minute,” “foot a night vine,” and “the vine that ate the south,” because it grows so fast. Indeed, it readily grows sixty feet a year!

More Things to Do 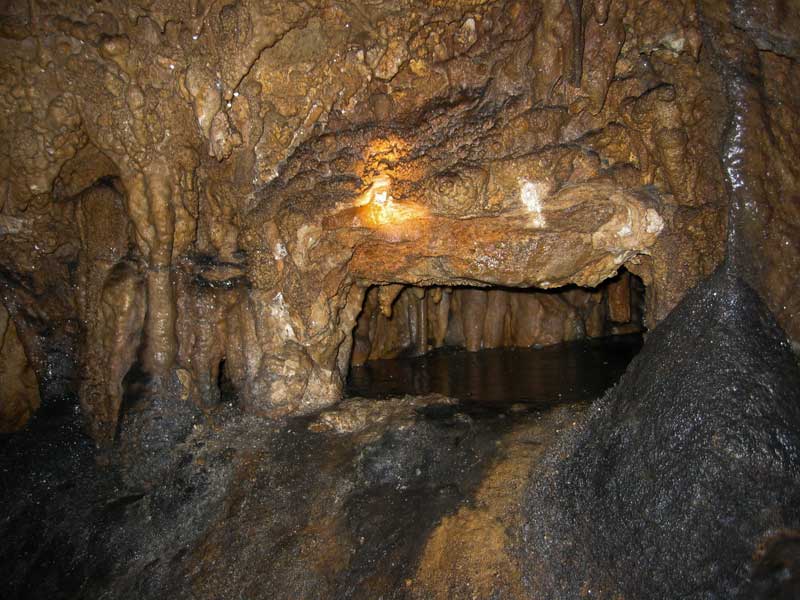 One of my favorite parts of the park experience was Gap Cave. Following the Park Guide, I used my lantern to view such exquisite formations as: Cleopatra’s Pool, the coal miner, the Pillars of Hercules, and Lover’s Leap. While most man-made intrusions into the cave have been removed, there are still several stairways to make it safe for visitors to navigate the underground caverns.

Historic Hensley Settlement is another part of the park that provides a view of days gone by. The Wilderness Road Tour guided tour by Park Rangers goes through weathere