...travel adventures with a twist of history Latest ArticlesAdventures
;
What comes to mind when you first think of Seattle? Is it the Space Needle? Starbucks? Hipster culture in general? Whatever it is, it’s difficult to argue that Seattle as a city is something of a cultural superpower in its own right.

Beyond these globally recognized icons of the city, Seattle has a thriving and active cultural scene which easily rivals those in New York or San Francisco. For the culture vulture traveler, there is no shortage of enriching activities, cutting-edge art, mind-blowing museums and, of course, a world-leading music scene to keep you occupied. Here’s why Seattle is America’s true city of culture. 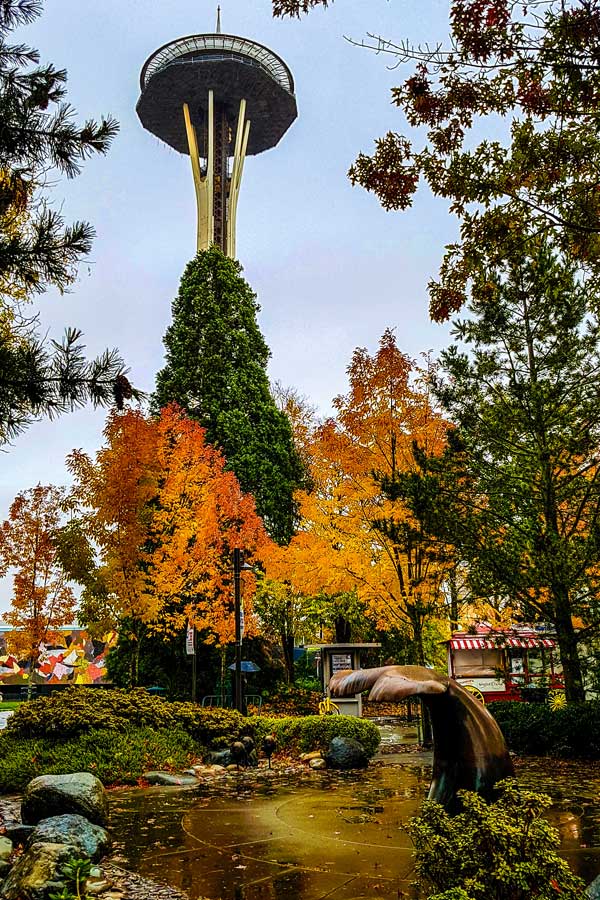 One of the greatest aspects of Seattle’s cultural scene is how accessible it is. While ticket prices for cultural events in New York and San Francisco are some of the most expensive in the entire world and dominated by traditional high culture, Seattle’s laid-back scene is open to everyone.

The first thing on many people’s lists of things to see in Seattle is the Space Needle in the Seattle Center. Built in 1962 for the World’s Fair, the tower’s observation deck gives you a 360 degree view of the city. While seeing the Space Needle is free, you’ll need to buy a ticket to get to the top.

Along with the Seattle Center, there are dozens of amazing free events on any given day, and the community focus is tangible in all of the cultural happenings. While there are plenty of cultural experiences on offer to well-heeled travelers, such as Michelin-starred restaurants and historic 5-star hotels, you don’t need to be a Mega Millions winner to access the city’s culture. Seattle does have its fair share of millionaires, so if you ever did win big bucks on the lottery, you’d be in good company. 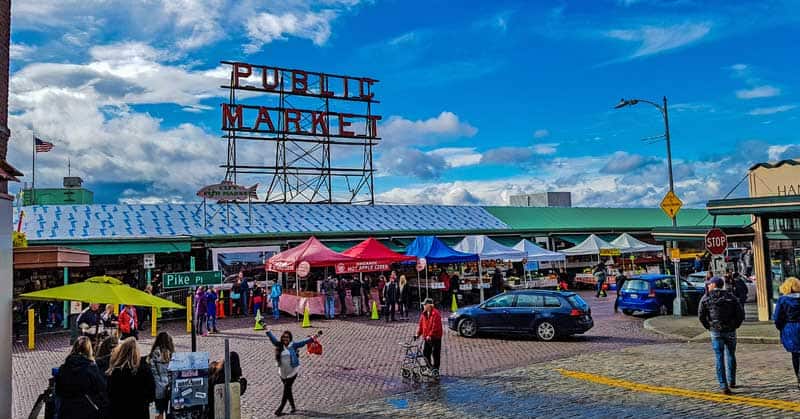 Visit the public market at historic Pike Place in Seattle.

It’s hard to even know where to start with Seattle’s museums and galleries. You could go for contemporary art from the hottest names in the scene over at the Henry Art Gallery, or marvel at the works of old European masters over at the free Frye Art Museum.

You could spend a whole day at the (completely free) Olympic Sculpture Park, right by the beach, or you could explore Seattle’s heritage at the Nordic Heritage Museum. 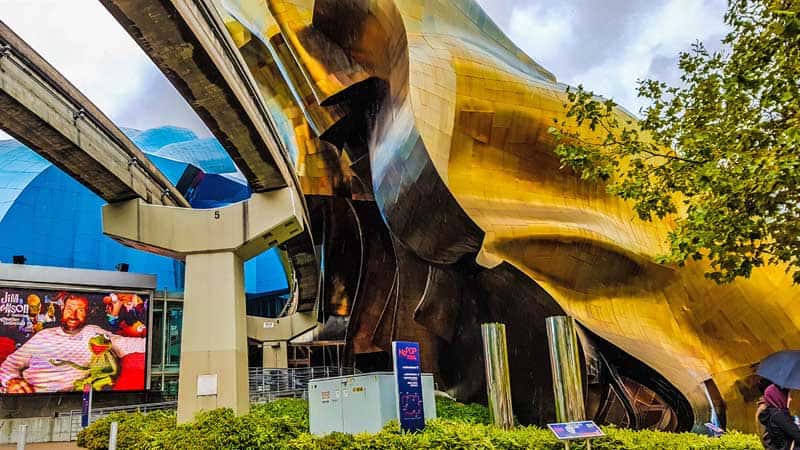 For something a little out of the ordinary, the fascinating Museum of Pop Culture takes an art critic’s look at the icons of mass culture, all housed in a mind-bending Frank Gehry building.

Some of the free attractions include Pike Place Market, a bustling snapshot of what you can see in the port of Seattle, Waterfall Garden Park with its 22 foot falls, rows of boats making their way through the Ballard Locks, and more.

A City of Music 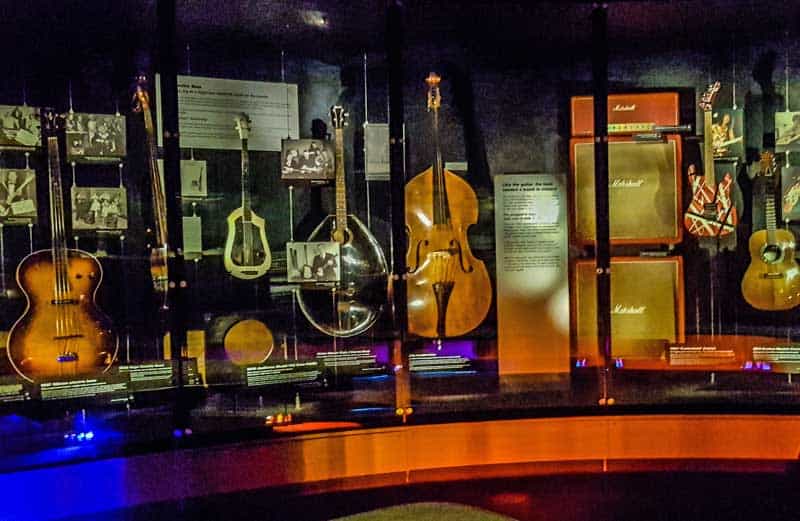 Display in the Experience Music Project in the Museum of Pop Culture in Seattle.

Seattle is first and foremost a city of music, one that is dying to be listened and danced to. This is the city that created Nirvana, Pearl Jam, Jimi Hendrix, Alice in Chains and Macklemore to name a few, and it’s not hard to see why. Known for its many concerts and live music venues, you could easily spend weeks exploring the kaleidoscope of indie labels, musical subcultures and record stores this city has to offer. 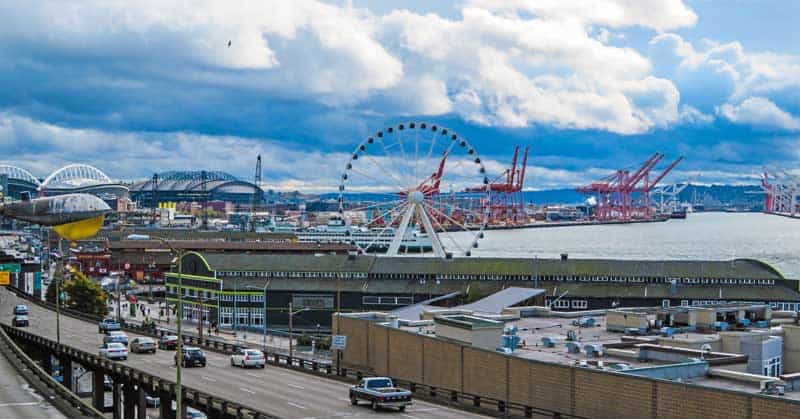 Seattle’s waterfront is home to the Seattle Aquarium, the Seattle Great Wheel, Miners Landing, many shops and places to eat.

Seattle is a city that rejects labels and refuses to be pinned down, which is the reason it is so full of diverse experiences. When exploring Seattle, it’s best to leave your assumptions at the door and make of it what you will.

This article was written by Rachel Bell. All of the photography is by Linda Aksomitis.

More Things to Do in Washington, Oregon, & California

Juan Rodríguez Cabrillo, a Portuguese explorer, described California's Oxnard Plain as "a land of everlasting summers," way back in 1542. And today's vacationers seem to agree with him, since Oxnard is a popular destination, regardless of the season. I visited the...
Read More

Umpqua Lighthouse State Park is one of Oregon’s most popular parks. It’s in Oregon Dunes National Recreation Area, which has great hiking and watersports, plus access for motorized vehicles like quads and dirt bikes.

There’s no better way to see San Francisco and enjoy its thriving microbrewery scene than with a bus tour.

The photo in the header was taken by Linda Aksomitis at the Seattle Center in Seattle, Washington, USA. 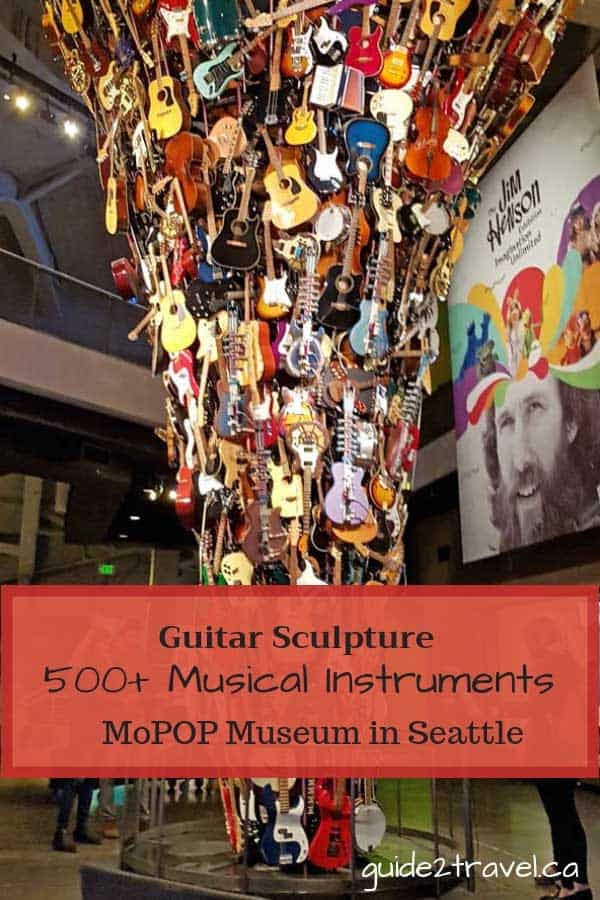 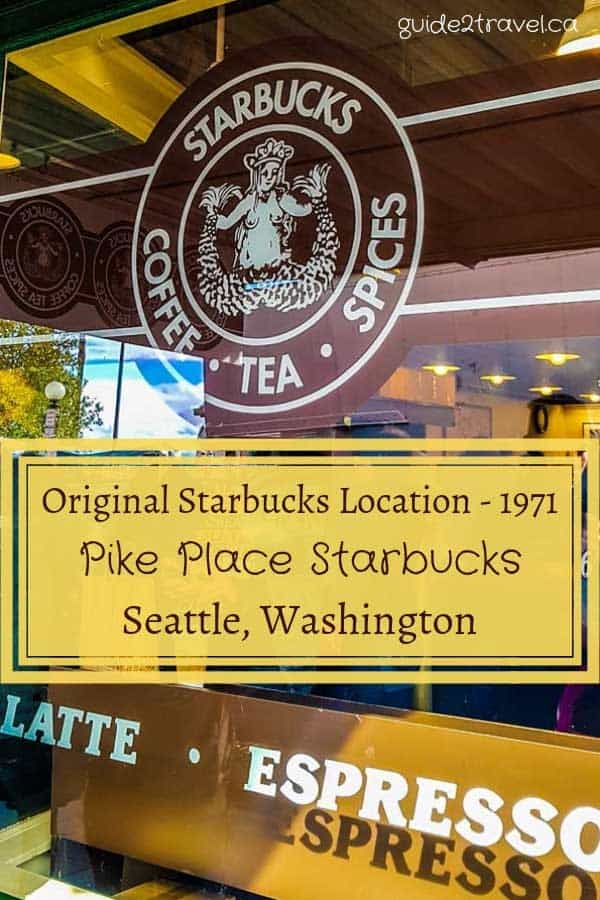 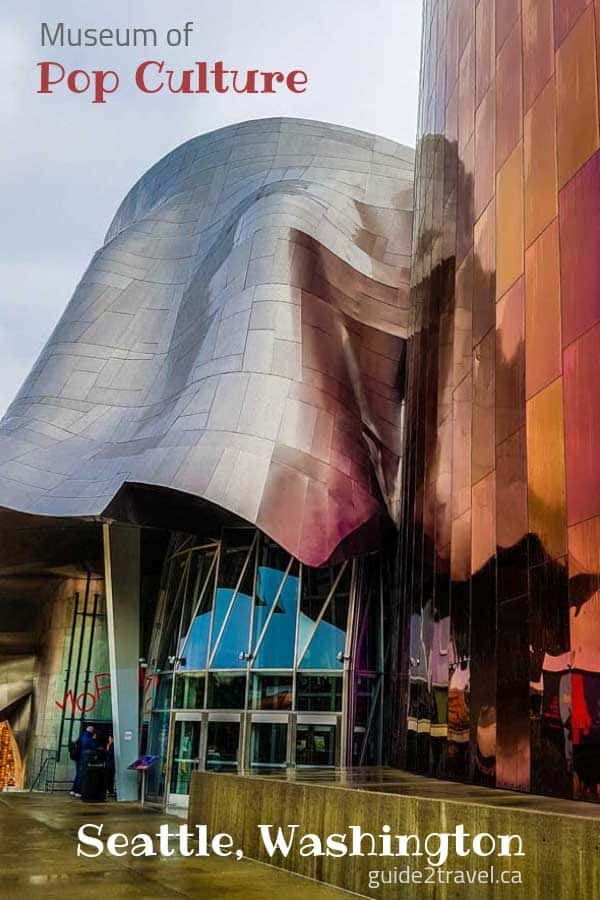