...travel adventures with a twist of history!
;

Some adventures seem surreal — especially adventures like this one, floating down the Menanggul River to Pitas Lake, before the sun burned through the humid morning mist. A small tributary of the Kinabatangan, the Menanggul is renowned for its wildlife populations of proboscis monkeys, long-tailed macaques and wild orang-utans.

And I was out watching the wildlife. 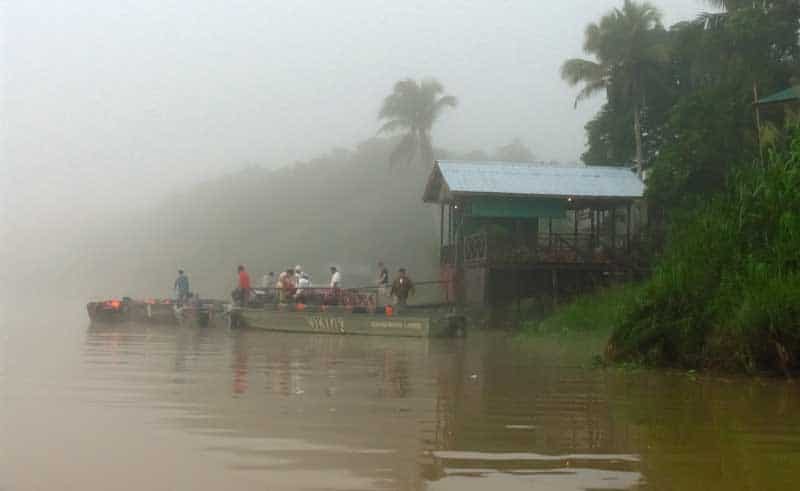 Mist shrouded the jungle, amplifying the sounds like concert speakers.  It was easy to miss the stealthy crocodile gliding soundlessly under the water. Only bubbles alongside the canoe give him away.

Eric, our guide, appeared unconcerned when I pointed them out. However, he was familiar with this area–Abai Jungle Resort on the Kinabatangan River, some 47 km from the river’s mouth. This morning, we’d floated down one of its tributaries, the Menanggul River, to Pitas Lake.

Taking a second glance at the bubbles, Eric gestured to Kerry, who drove our boat. Then, we moved a few yards downstream. 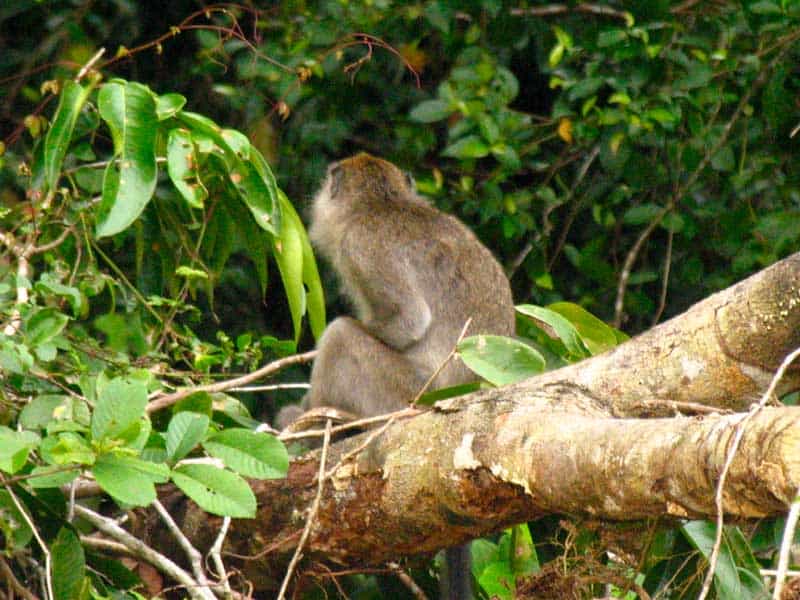 Monkey in the jungle near the river.

At dusk, the evening before, I’d seen these wildlife creatures on the shore, little changed by 65 million years of evolution. They seemed more deadly to me than the alligators I’d become used to in the southern states. So, when Eric pointed to the trees and whispered, “A long-tail macaque,” I only half looked away. Instead, I kept one eye out for signs of more crocodile air bubbles.

After all, our canoe was a rather flimsy boat in my humble opinion. It would have been easy for a five or six meter (15-19 foot) long Estuarine crocodile to flip all of us “tasty morsels” into the water for his breakfast! 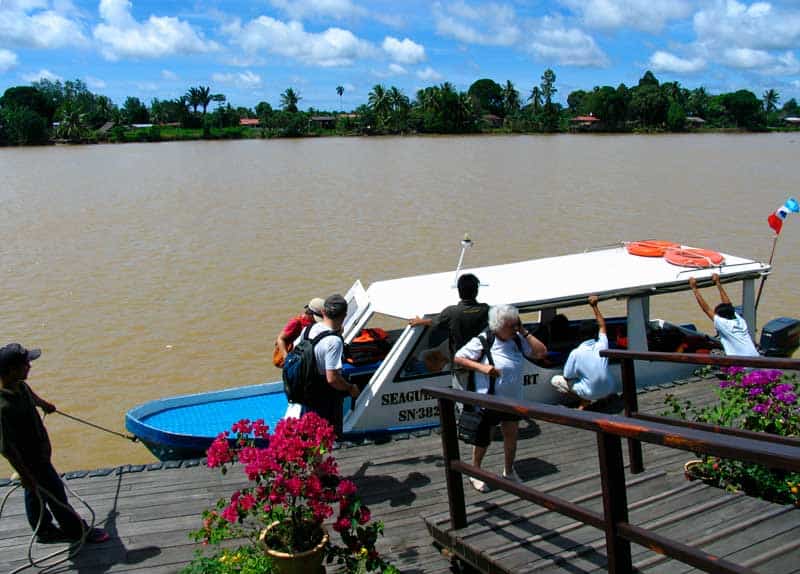 I’d been in Malaysia for over two weeks at this point, starting with a tour of Kuala Lumpur then on to the Rainforest Music Festival. However, I’d been waiting for the rainforest jungle and its wildlife. Indeed, it was my first visit to an area totally cut off from telephones and roads and Internet and modernization.

My visit started with the Sandakan Jetty, zooming over an inlet of the Sulu Sea, then 47 km into the jungle from the mouth of the Kinabatangan River.  Our destination? Abai Jungle Resort, which can only be accessed by the river.

Abai was one of the newest resorts. It had, of course, no electricity from outside, but had its own generators for the convenience of visitors. 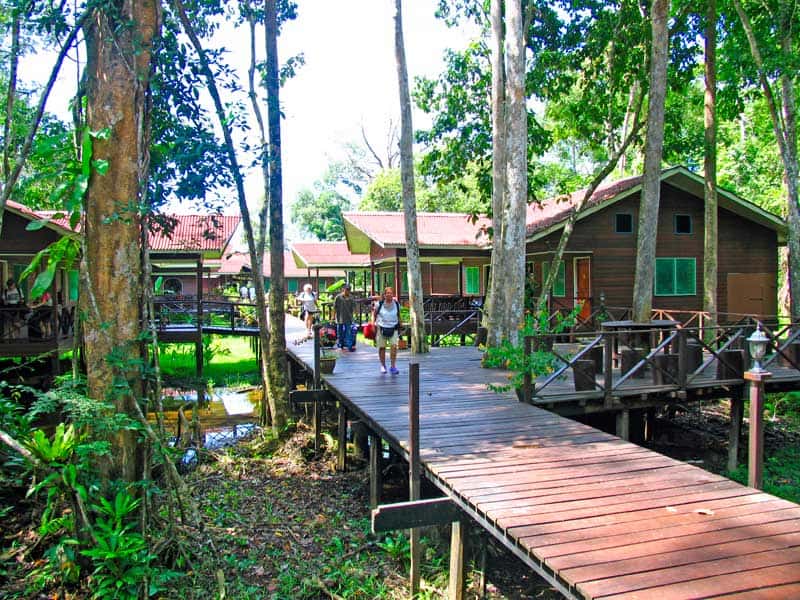 Resort workers were men from the nearby village of Abai. They were all local members of the Orang Sungai people, who took great pride in making sure our stay was comfortable and exciting. When there wasn’t any work to be done, many sat in the large recreation area playing instruments and singing, making the lodge feel like a home away from home.

Ecotourism in the Jungle

The jungles of Borneo, I discovered, were explored from boats on the river. While I’d expected hot, sweaty walks under the canopy of the rainforest looking for wildlife, the experience was not all like television shows. In fact, Ecotourism, where our feet never touched the ground, certainly made for easier work! The only visitors allowed into the area come with guides, who must be trained and have a license. There are no casual visitors. In fact, we’d been stopped and checked at the mouth of the Kinabatangan River for permits, all of which our guide, Eric, handled.

As a guide, Eric had many responsibilities. He’d even given us lessons in how to tie our sarongs the previous night at dinner (I kept shorts on under mine, just in case!). When the 6 a.m. wake-up call for the morning’s river cruise came, it was Eric knocking on everyone’s doors.

Exploring the Jungle by Boat 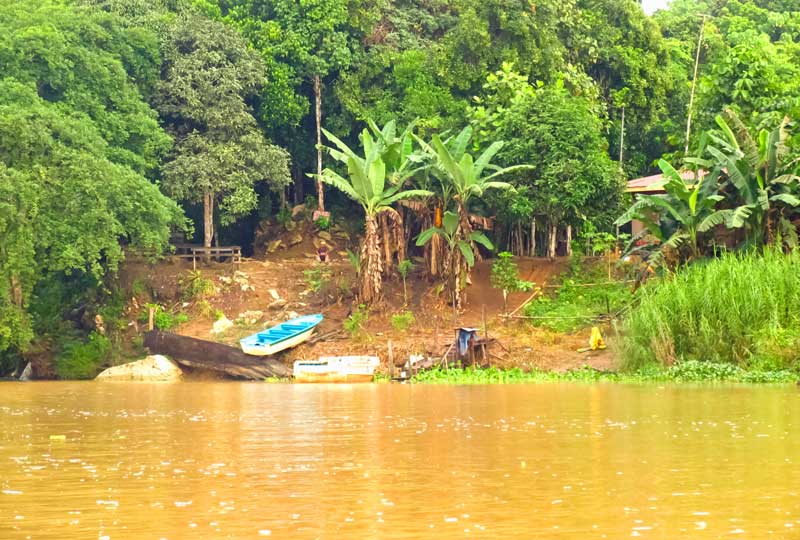 Watching the shore from the river.

A mysterious place at any time, the jungle was particularly intriguing at sunrise. A mist so thick you could hardly see the boat rose off the water, although it wouldn’t take long for the hot sun to burn it off. In the meantime, we were guaranteed an amazing experience of rainforest sounds and creatures.

None of us spoke as the boat left the dock–perhaps we were still half asleep–or maybe intimidated by the mist. The putt-putt of the boat echoed around us, bouncing from side to side as we slid in and out of coves, and up and down the river.

Eric kept watch through the binoculars for wildlife to point out. I marveled at his mastery of animal sounds and bird calls. No matter what we saw or heard, he could identify it whether it was at the top of some tree or nattering at its mate on the jungle floor.

Shortly after those crocodile bubbles, I watched a group of monkeys on the river bank. They walked along, a dozen or more little creatures all no more than a foot or so high, one after another like they’d just stepped out of a picture book. Before we made it back to Abai, we also saw: Proboscis monkeys, silver leaf monkeys, purple heron, Chinese egret, stork bill kingfisher, bhramingk kite, white collard kingfisher and oriental pied hornbill.

Video of a Cruise Down the Kinabatangan River

Take a cruise down the Kinabatangan River with this YouTube video:

Plan Your Own Adventure to Abai Jungle Lodge

I was a guest of Tourism Malaysia when I had this adventure.

More Things To Do In Malaysia

The photo in the header above was taken during an early morning trip up the Menanggul River by boat near Abai Jungle Lodge, Kinabatangan, Sabah, Malaysia. 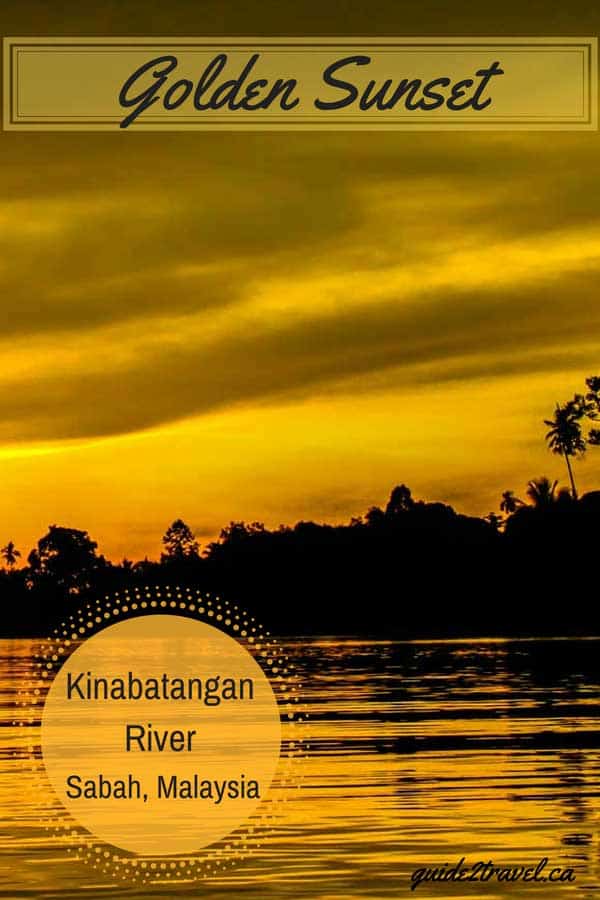 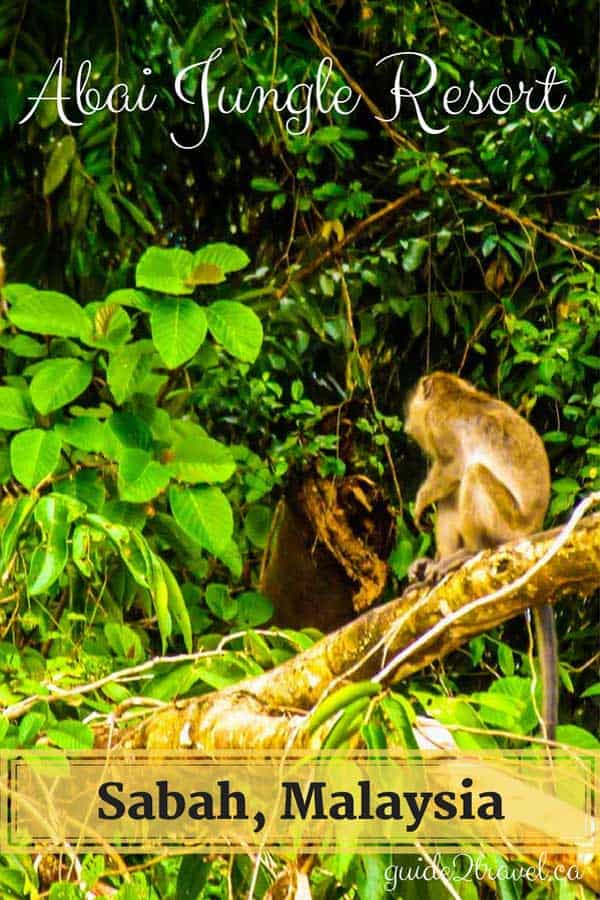 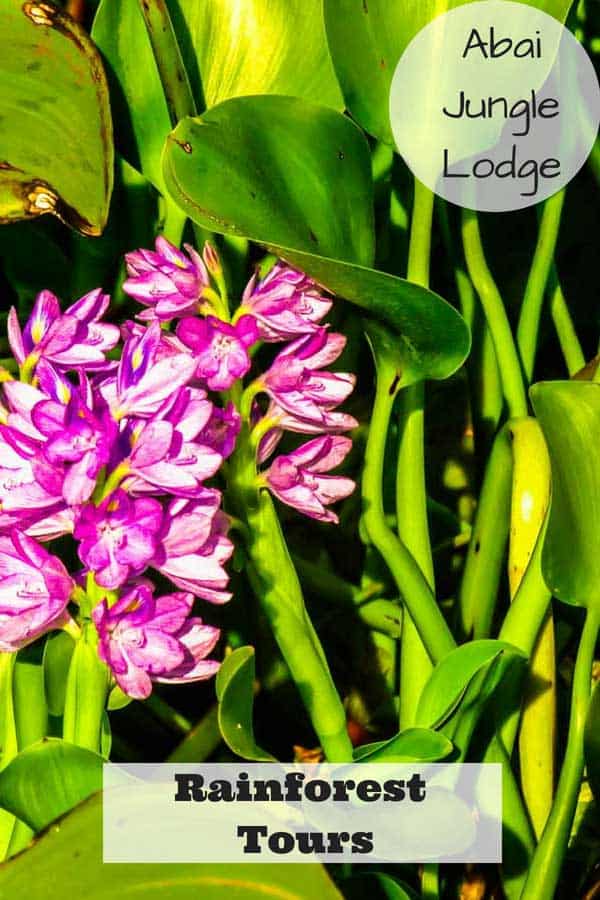