Discover a Surprising Array of Attractions and Activities in Monaco

...travel adventures with a twist of history Latest ArticlesAdventures
;
Nestled in the French Riviera, the second-smallest country in the world proves there’s some truth in the saying that good things come in small packages. Its most famous quarter, Monte Carlo, is well known for being a playground for the rich and famous. However, whatever your budget, there are a surprising array of attractions and activities packed into Monaco’s two square kilometres. 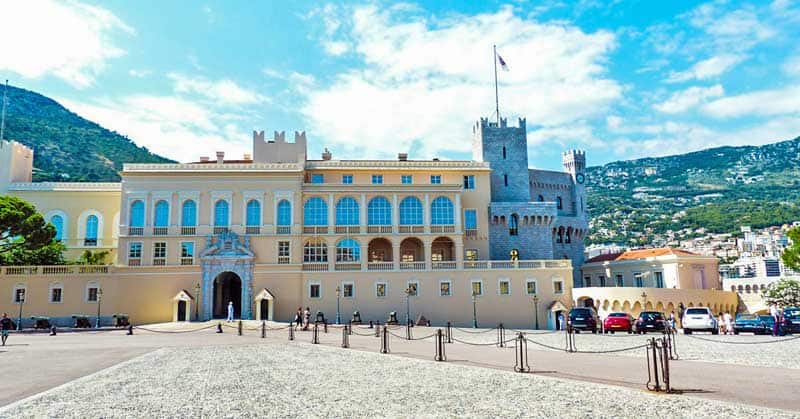 The original fortress and ramparts of the Prince’s Palace were built in 1215 and over time it has been transformed into a luxury royal residence that’s open for visits from April through October. Photo by Hans.

Despite its diminutive size, Monaco has one of the most famous royal families in Europe. The reigning monarch, Prince Albert, is one of the wealthiest royals on the planet, with a fortune in excess of $1 billion. His sister, Princess Stephanie, is among the most popular and photographed women of any royal family. She has had success as a fashion designer, swimmer, singer and model.

However, it’s Albert and Stephanie’s parents who are perhaps the most famous Monaco royals. Prince Rainer, their father, ruled Monaco from 1949 till his death in 2005. When he married Hollywood legend, Grace Kelly, in 1956, she turned her back on the movie business and instead become full-time royalty. Princess Grace was tragically killed in a car accident in 1982. 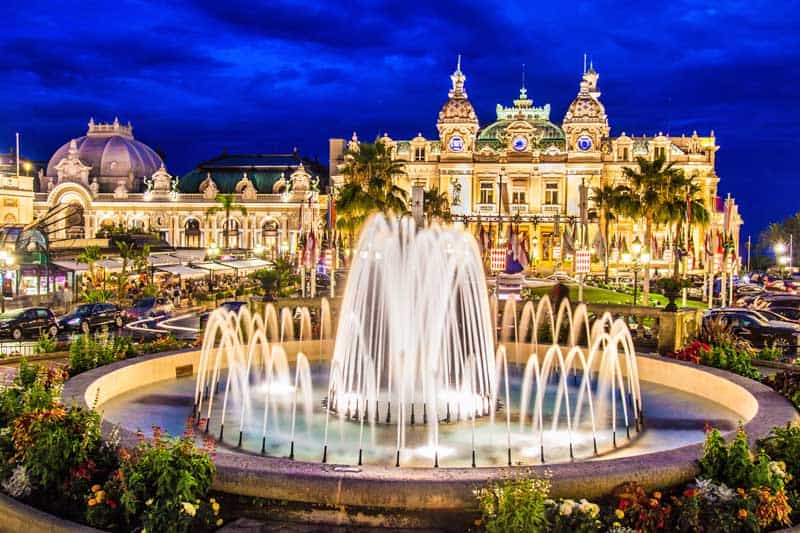 Monte Carlo Casino in Monaco opened in 1863 as a way for the royals to alleviate their debt.

Of course, the very words Monte Carlo conjure up one image above all else. Forget Las Vegas, the Casino de Monte-Carlo is the ultimate destination for gambling enthusiasts. These days, we all like to try our luck on the slots or the roulette wheel, so there is no great mystique to the games themselves. But in Monte Carlo, that isn’t really the point.

This is the setting for that most iconic of Bond movies, Casino Royale, as well as Goldeneye, Iron Man 2 and numerous other big screen classics. As you enter casino square, it’s easy to think you you’ve entered a movie set, with an apparently endless parade of supercars pulling up outside those famous casino doors. Even if you have no interest in casino gaming, there’s no better place to sit down with a coffee and watch the world go by. 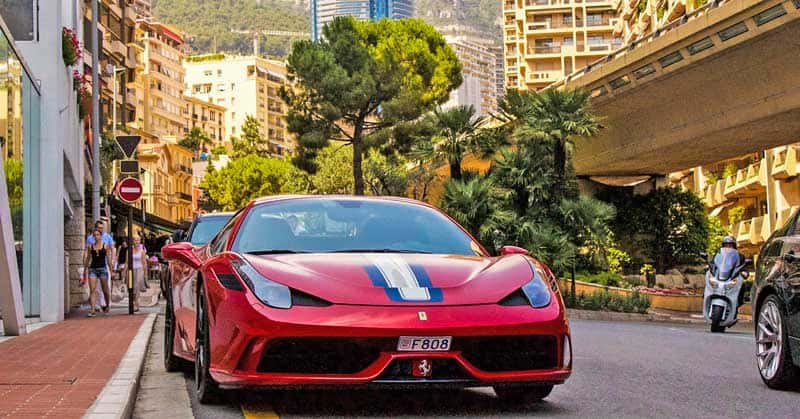 Ferrari on the streets of Monaco. Photo by Wirden.

If you are more of a doer than a watcher, you might find the procession of Lamborghinis, Ferraris and so on a little frustrating. However, you can get a taste of the action with your own supercar for a day in Monaco. There are a number of specialist rental companies that provide highly exclusive set of wheels in which you can explore the jaw-dropping scenery of the French Riviera.

Just remember to keep your eyes on the road and your hands on the wheel as you negotiate the tight twists and turns of the coastal roads.

Go Underwater at the Oceanographic Museum and Aquarium 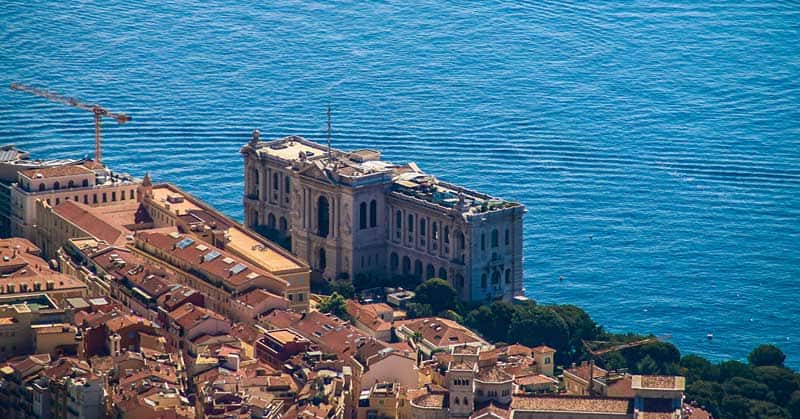 Monaco’s Oceanographic Museum was inaugurated in 1910 by Monaco’s modernist reformer, Prince Albert I. Photo by MrJayW.

The Oceanographic Museum and Aquarium is a remarkable feat of architecture, especially when you keep in mind that it was constructed way back in 1910 on the orders of the reigning monarch’s great-grandfather, Albert I. None other than Jacques Cousteau served as director of the museum for more than 30 years.

The museum occupies an awe-inspiring position on a cliff-edge. Each level offers up new wonders, from the reef fish in the basement to the incredible views across the whole of Monaco from the roof. 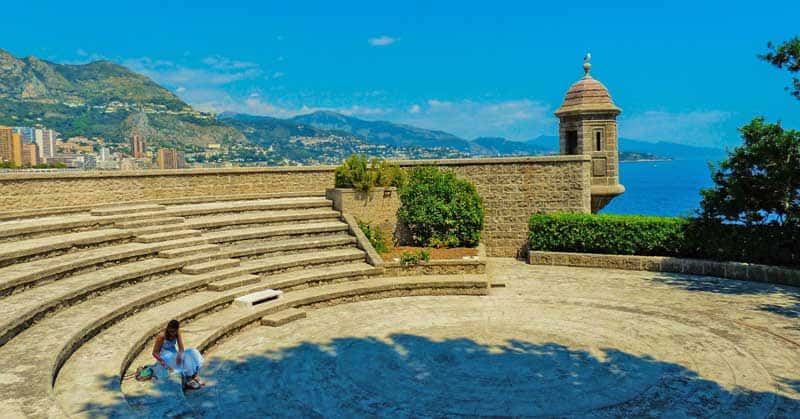 Stop to enjoy the scenery on your walk at Fort Antoine Theatre, a small amphitheatre that hosts open air plays over the summer. Photo by Hans.

How many times will you have the opportunity to walk across an entire country in the space of an afternoon? Monaco is around three miles long and half a mile wide. To put that in context, the whole country is about the same size as Central Park in New York.

Walking Monaco from end to end at a leisurely pace may take you a few hours, but you’ll get to take in the natural splendour as well as the man-made excess. And there will be no shortage of places to stop for refreshments. 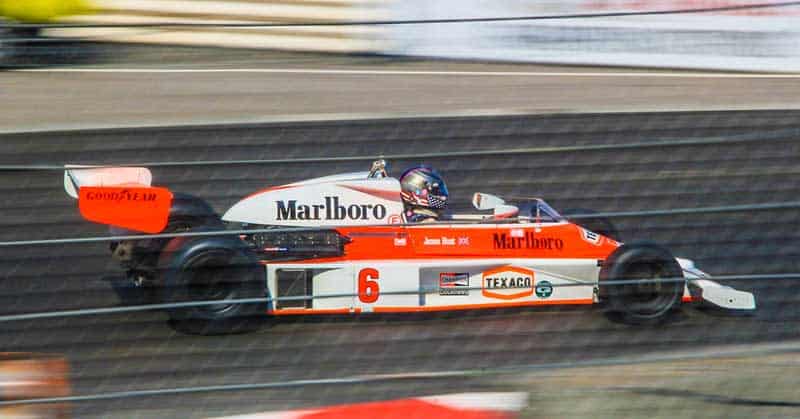 F1 car driven by James Hunt, whose first Grand Prix event was in 1973 at Monaco. Photo by Hei67ko

In the last weekend of May, Monte Carlo comes to a complete halt for the Monaco Grand Prix. It’s the oldest and most prestigious event on the Formula 1 calendar, and the fact that the twisty street circuit is completely inappropriate for modern F1 cars does not seem to matter. For petrolheads, visiting on grand prix weekend is a no-brainer. For those who want to experience the real Monaco, though, it is perhaps a week best avoided.

This article was written by European blogger, Angelika Schulz.

The photo in the header above is of Monaco on France’s Mediterranean coastline. It was taken by Hepatocyte.

If you enjoyed this article, use these pins to save and share it. 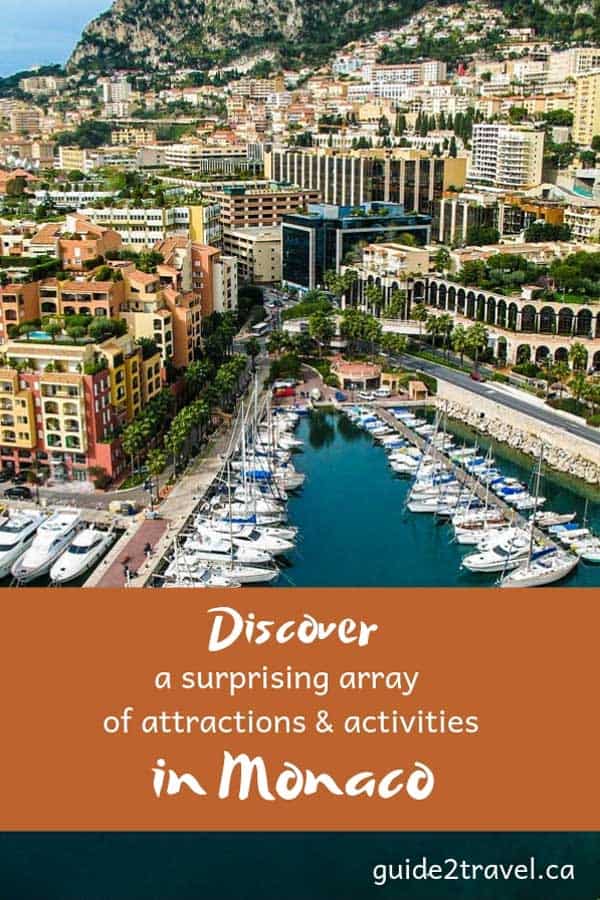 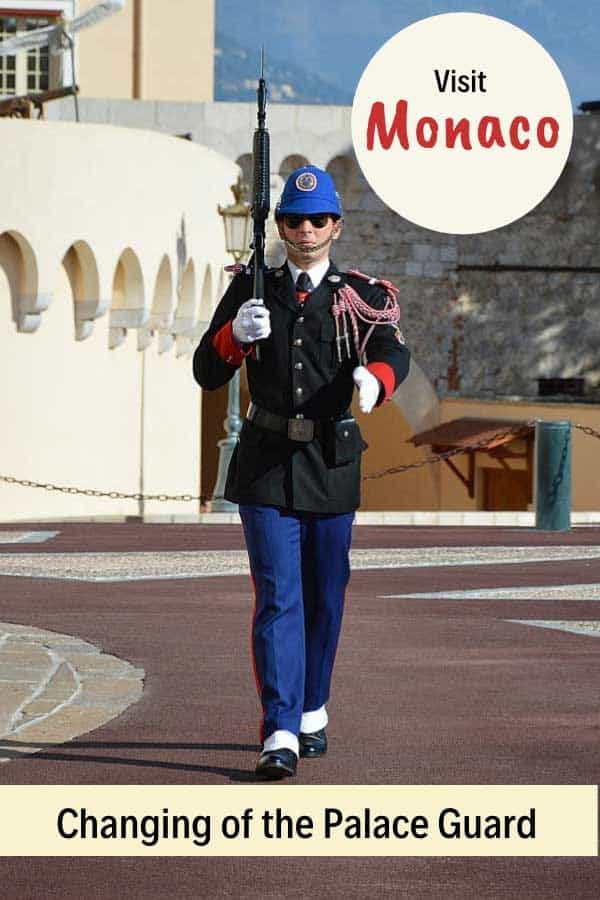 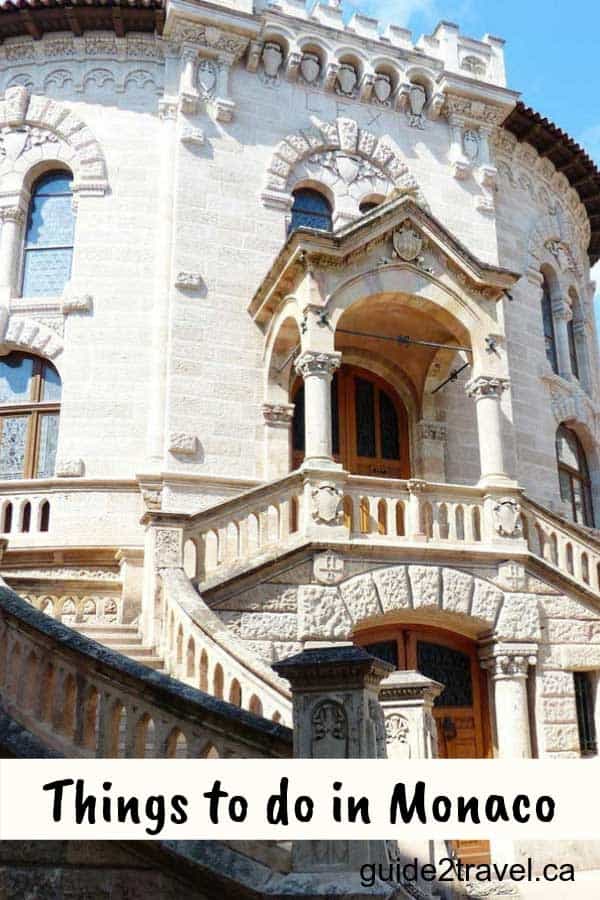