...travel adventures with a twist of history Latest articlesAdventures
;
Fredericksburg, Texas, may be a small city, but it has big reasons to visit! Nestled in the rich Texas Hill country, it’s not only the center of Texas Wine Country, but also the largest producer of the Texas peach crop. And the history of the area is just as rich as its agricultural industries, from its National Historic District with 367 buildings, to the National Museum of the Pacific War, the only one of its kind in the continental US and Canada.

While a weekend isn’t nearly enough time to explore everything of interest in Fredericksburg, here are my favorites!

National Museum of the Pacific War 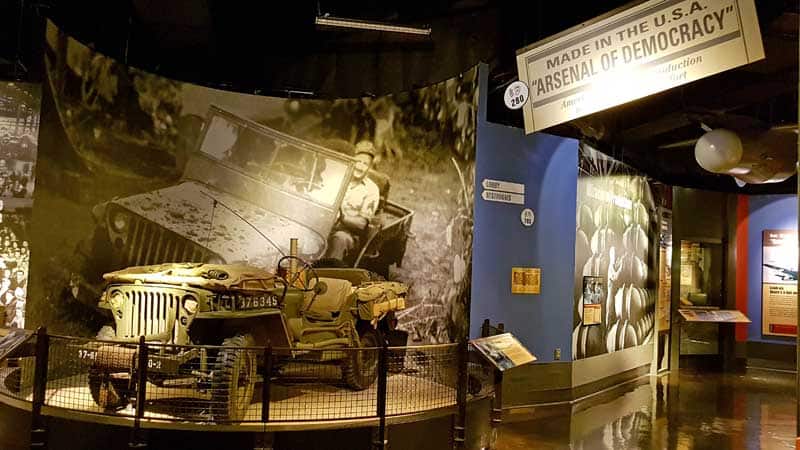 Military vehicles at the National Museum of the Pacific War.

Covering a six-acre area, the National Museum of the Pacific War is considered to be one of the premier military museums in the nation. The complex consists of a variety of components — so many, in fact, that the admission ticket gives you two days (48 hours) to explore it!

The museum main entrance is into the old Nimitz Hotel. Here, Admiral Nimitz spent much of his boyhood growing up in Fredericksburg. Built in 1852, the hotel had welcomed many illustrious guests over the years including President Rutherford B. Hayes and General Robert E. Lee. Nimitz himself commanded the Pacific Fleet during WWII, so the museum was originally called the Nimitz Museum.

However, as the collection grew, additional sections were added. These include the Memorial Courtyard, the Plaza of Presidents, the Japanese Garden of Peace and the George H. W. Bush Gallery. 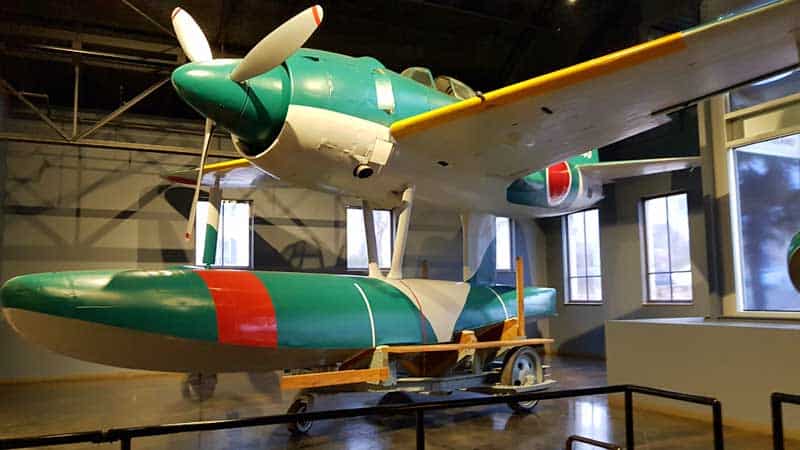 We found the recently renovated George H. W. Bush Gallery particularly amazing. The collection includes 40 media installations and approximately 900 artifacts in 97 climate-controlled display cases. But for me, the stories created by 6000 WWII veterans preserved in the oral history archive in the museum, and online, are the most remarkable.

Living History Events at the Museum 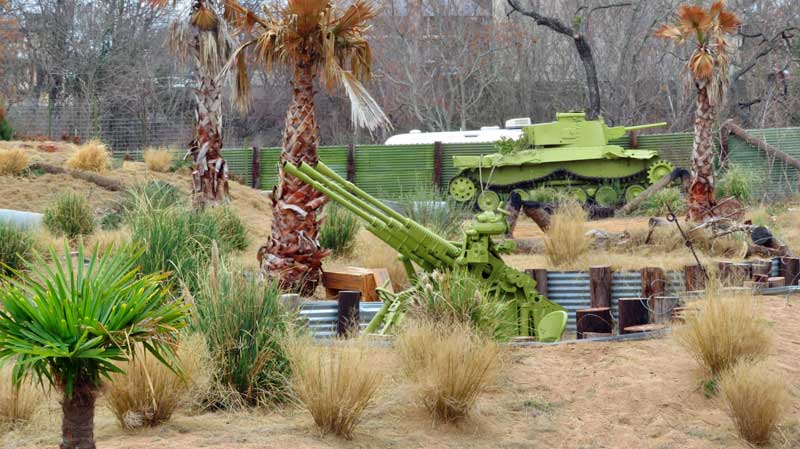 My one regret was that our visit wasn’t on one of the museum’s Living History events.

What happens at them? Well, the museum holds a weekend of re-enactments every month from March until November in an outdoor theater called the Pacific Combat Zone. After our experiences at DriveTanks.com, it was easy to imagine the noise and mayhem of tanks and guns and flamethrowers as U.S. Marine re-enacters captured Japanese held positions.

Indeed, the Living History event presents an authentic re-enactment using U.S. army and marines military vehicles, weapons and tactics, as well as those of the Imperial Japanese Army. The battles include Tarawa, Peleliu, Saipan and Iwo Jima.

I’ve added the event to a bucket list for my next trip to Texas! 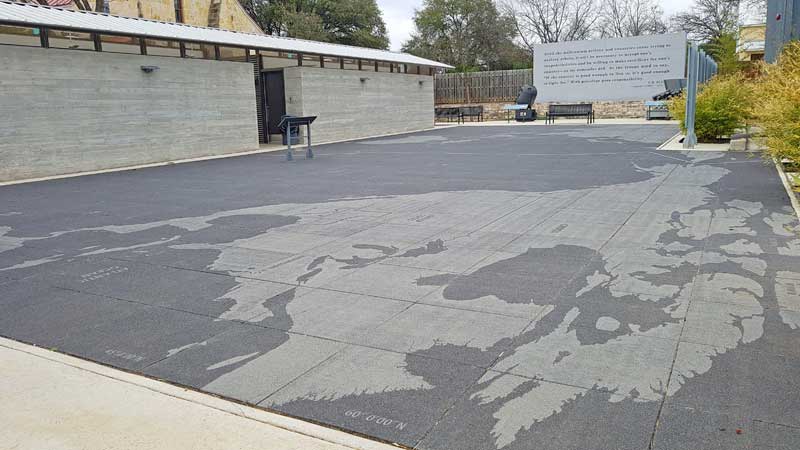 Scale map of the Pacific War.

But back to the museum, the model of the Pacific War (above), with the Pacific Ocean dotted with islands and warships, gave me the big picture. It showed just how enormous the task of defending our freedom was during that period. 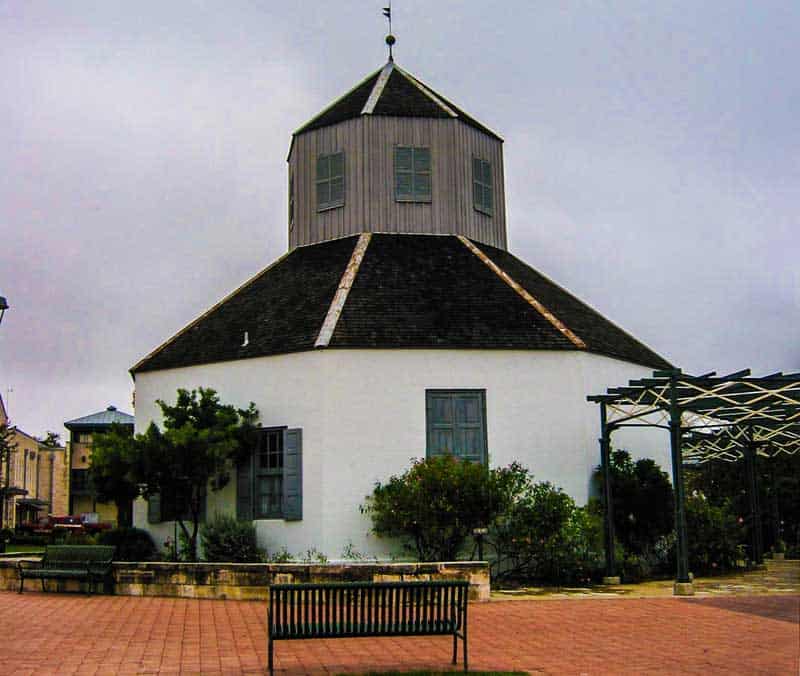 The Vereins Kirche, or Society Church, is part of the Pioneer Museum in Fredericksburg.

Fredericksburg was founded in 1846 by German settlers. Today, the Pioneer Museum consists of 10 historic buildings on 3.5 acres in the downtown. Four of the ten museum buildings are still in their original locations from the settler era. Walking around, I developed a feel for what life was like through the one-room school to the blacksmith shop to the Arhelger Bathhouse.

One of my favorite museum buildings, though, was the Vereins Kirche, or Society Church, located a short distance away in the town square or Marktplatz. Built using a unique style of Carolingian architecture, it has not four, but eight sides. The octagon shaped Vereins Kirche also boasted a cupola topped with a rooster weather vane.

Vereins Kirche, opened in 1847, was the first public building in Fredericksburg. It served as a nondenominational church, school, town hall, and fort! Torn down at the end of the 1800s, it was rebuilt by the community in 1935, launching the Gillespie County Historical Society. 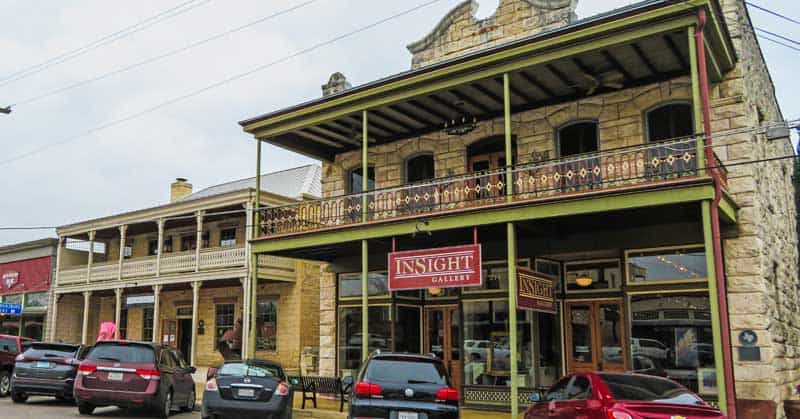 A preservation plan developed for Fredericksburg pointed out that the city was one of few surviving cityscapes in the south. With buildings that span several centuries, it’s important state-wide. Indeed, the Historic Fredericksburg District was added to the National Register of Historic Places in Texas on October 14, 1970.

The Fredericksburg district encompasses 40 blocks of historic buildings dating from the mid-19th century, including both commercial and residential streets. Its range of architectural styles are amazing. You’ll see everything from Colonial Vernacular (1700-1800), to Greek Revivial (1810-1860), to Neo-Classical/Beaux Arts (1890-1930). A drive through the historic district, as you can imagine, is fascinating.

Interested in the story of the Fredericksburg Historic District? Enjoy this handbook prepared by the Office of Community Planning and Development. 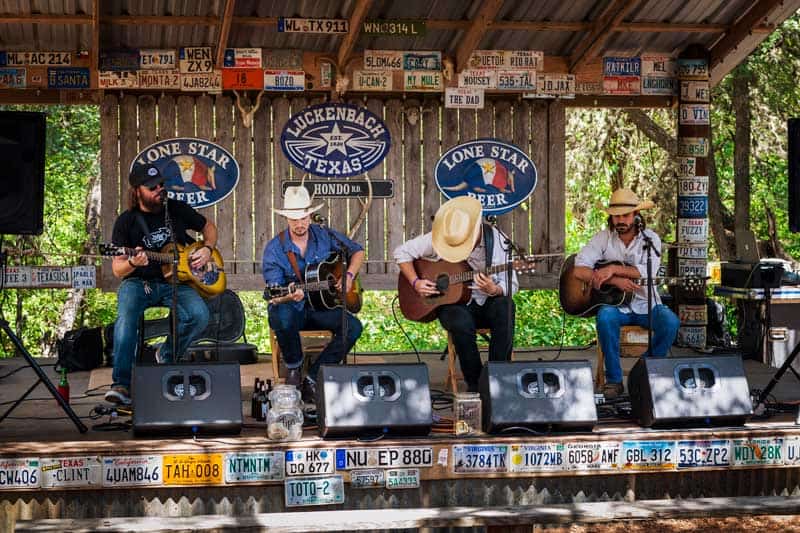 While Luckenbach isn’t part of Fredericksburg, it’s just 13 miles away, so gives you an opportunity for a scenic ride through the Texas Hill Country. Luckenbach began life as a trading post with the local Comanche people and virtually ended in 1970, when it was sold to actor Guich Koock, and Hondo Crouch, a rancher and Texas folklorist. And that turned out to be just the beginning of a whole new life.

In 1977, Waylon Jennings released the song Luckenbach, Texas (Back to the Basics of Love). It became an instant hit! Today, the real Luckenbach lets you get back to the basics, enjoy some country music, and kick up your heels in the dance hall.

While you’re waiting for the music, take a visit to the Luckenbach General Store. It’s full of surprises! Whether you’re looking for Christmas ornaments, or something a lot less traditional, browsing in this heritage building (built sometime in mid-1800s) is half the fun. 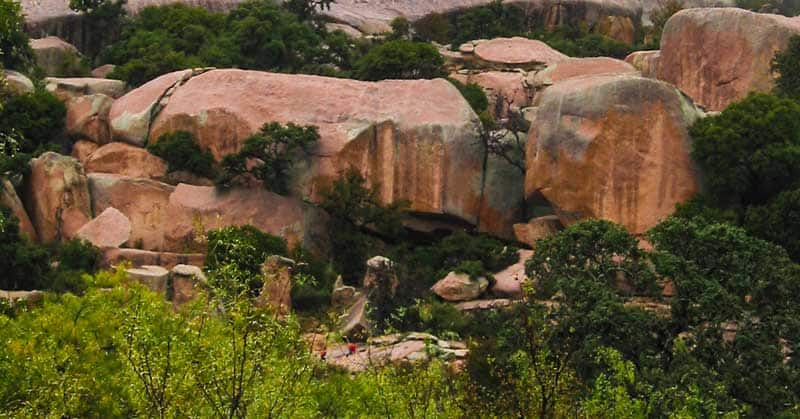 Less than a half-hour drive, to the Enchanted Rock State Natural Area, gives you another opportunity to explore Texas Hill Country. This park is a must-see due to its enormous — and I do mean enormous — pink rock. How big? Well, if the rock was a manmade structure it would be 30 to 40 stories high according to the Texas Parks and Wildlife website. As I said, that’s one enormous hunk of granite!

Indeed, the granite of enchanted rock is a hardened pool of magma spit up a billion years ago by an underground volcano. In addition to enchanted rock, you’ll also find Little Dome, Turkey Peak, and other smaller formations. They’re the visible part of the Enchanted Rock Batholith, which stretches for 62 square miles, mostly underground.

On top of the ground though, there are lots of ways to enjoy the natural park. I hiked, but you can also go rock climbing, enjoy nature (the stargazing is great here!) and just relax with a picnic and bird watching. You can’t, however, bike the trails or swim.

As you can imagine, you can get breathless pretty fast on the hiking trails, since the incline is fairly steep in many places. The views, though, are amazing. On the morning I was there, fog clung to the highest levels, so the scene looked magical, like I’d found the land before time.

Great Places to Eat in Fredericksburg 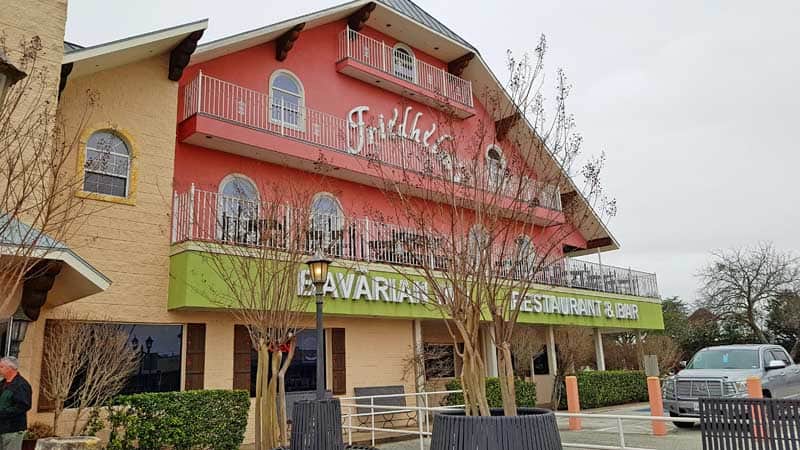 Fredericksburg has many options when it comes to food! When dinner rolled around we decided to try some ethnic fine dining at Friedhelm’s Bavarian Inn Restaurant & Bar. And we weren’t disappointed. Inside, the decor took me back to Bavaria and my first trip to Europe many years ago. The menu was packed with popular authentic Bavarian foods, too.

So, of course, I had to try the Jager Schnitzel with its mushroom sauce. For a starter, I sampled the cabbage soup and fresh baked bread. The only problem I ran into was that I was too full for dessert! 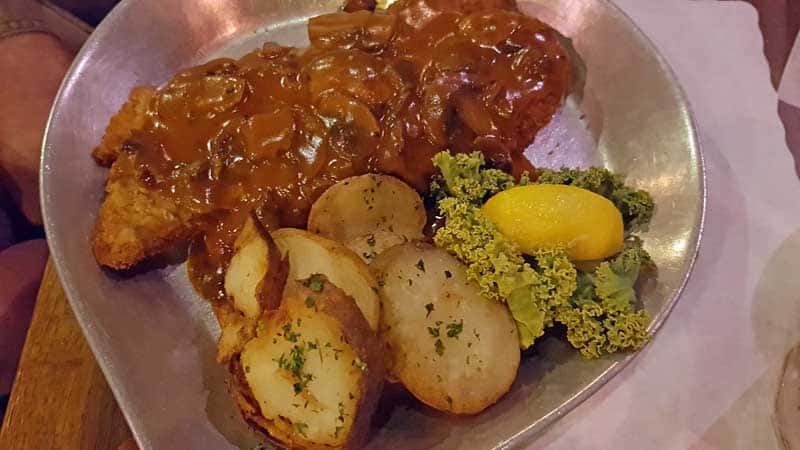 And of course when you visit Texas, barbeque is always on the menu. So, we checked out a Southern favorite, mesquite-cooked pit barbecue. The Backwoods BBQ was a casual spot, with fast and efficient cafeteria-type service. The toughest part was trying not to hold up other diners more familiar with the menu while we selected our meat. So, we asked for a few samples. David and I selected brisket and ribs, added some potato salad and a mix of beans, and sat down to enjoy! 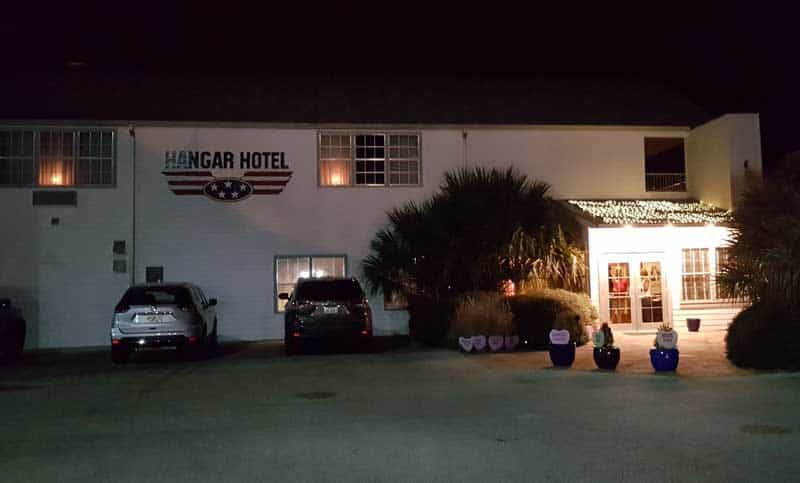 Hangar Hotel in Fredericksburg, Texas, with its Pacific theme that even includes palm trees.

After researching the area, I couldn’t visit Fredericksburg without staying at the Hangar Hotel. The vintage 1940s suitcases at the door were the first artifacts to set the mood of its unique WWII theme, with lots more to come!

One of the things we especially appreciated about The Hangar Hotel was its stylish adult environment — it’s nice to know you’re not going to be next-door to a room full of excited kids when you’re on holidays. And of course, that 1940s USO history feel permeated the hotel from the model planes hanging in many places, to the Officer’s Club, where we spent the evening relaxing to amazing piano music from the era. 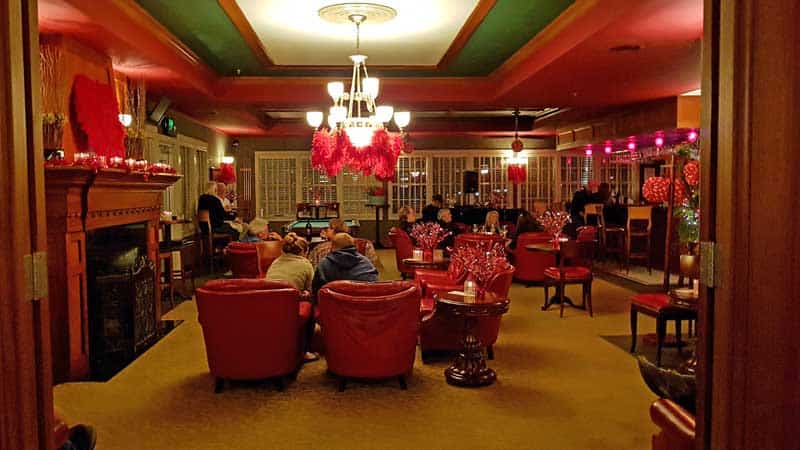 Officers Club at the Hangar Hotel in Fredericksburg, Texas.

Not only did the Officer’s Club have an excellent selection of cocktails to choose from, it was hard to believe there was no extra cover charge for the entertainment.

But of course, a theme can only take you so far when it comes to getting a good night’s sleep. While the 1940s often lacked in amenities, at the Hangar Hotel they were in great supply from excellent pillows to Egyptian cotton sheets. And while the bathroom’s black and white color scheme took us back in time, the granite counters and multi-globe lighting were perfectly modern.

My favorite part of the room though, had to be the armchairs. I could have slept in one, sunk into its bomber jacket leather! 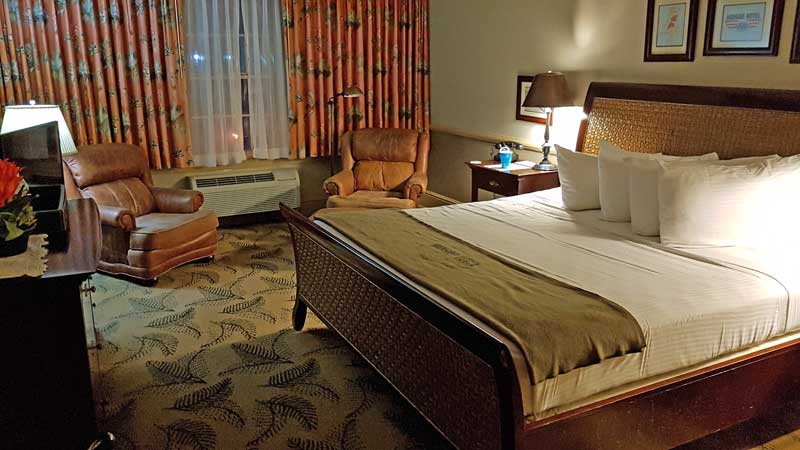 Room at the Hangar Hotel in Fredericksburg, Texas.

Plan Your Visit to Fredericksburg

I visited some of these locations on a press trip hosted by the city of Fredericksburg, Texas. On my return visit, David and I were hosted for one night at the Hangar Hotel. However, we retain full editorial freedom to any articles we write after our travel.

More Places to Visit in Texas

The history of WWII comes vividly to life driving tank military vehicles at DriveTanks.com on the Ox Ranch in Uvalde, Texas.

Why is San Antonio the Most Romantic Weekend Getaway in the US?

Looking for a romantic weekend getaway? From canal boat rides to one of the best wine regions in the country, San Antonio, Texas, is a perfect destination.

Gone With the Wind 75th Anniversary–Visit the Museum in historic Jefferson, Texas

Gone with the Wind, the classic movie about the South, celebrates its 75th anniversary in 2014, after being first shown in Atlanta back on December 19, 1939. The book, Gone with the Wind, written by Atlanta author, Margaret Mitchell, had already been met with wide...
Read More

10 Things to See & Do in Historic Jefferson, Texas

Set in the heart of Big Cypress Bayou, the sleepy little town of Jefferson, Texas, just over the Texas border from Arkansas, has all the charm and history of the deep South. We discovered it on a road trip to Louisiana, when we ended up with half a day to explore....
Read More

The photo in the header above was taken by Linda Aksomitis at the Museum of the Pacific War in Fredericksburg, Texas, USA. 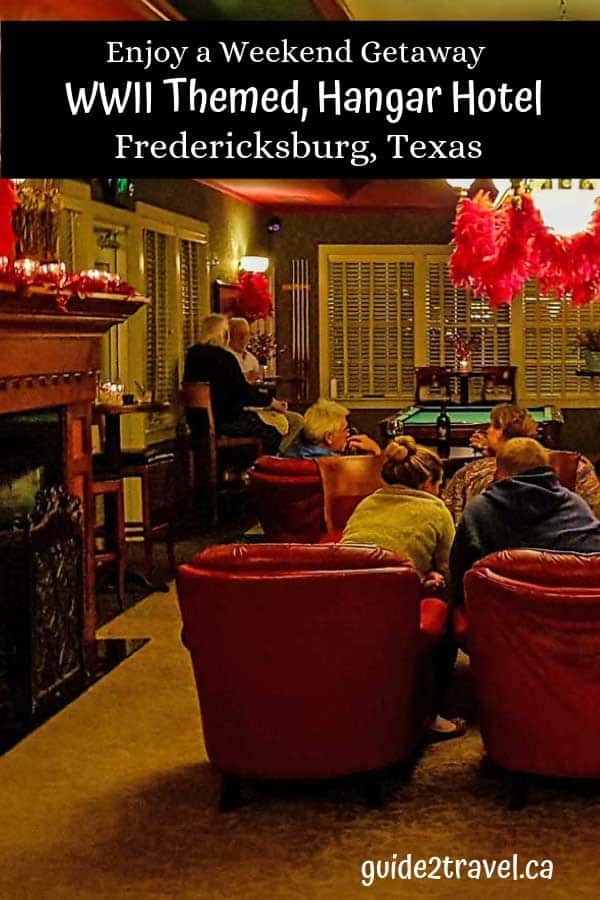 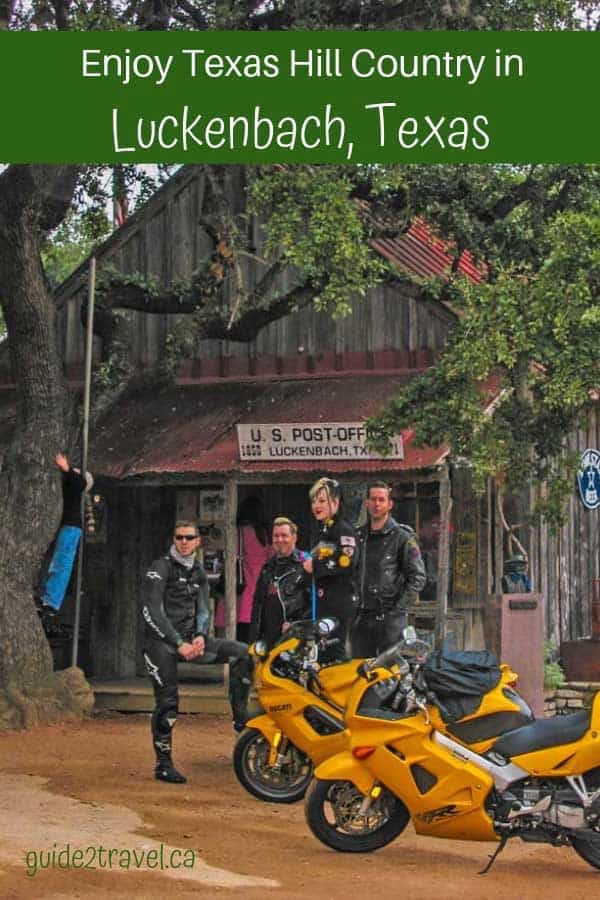 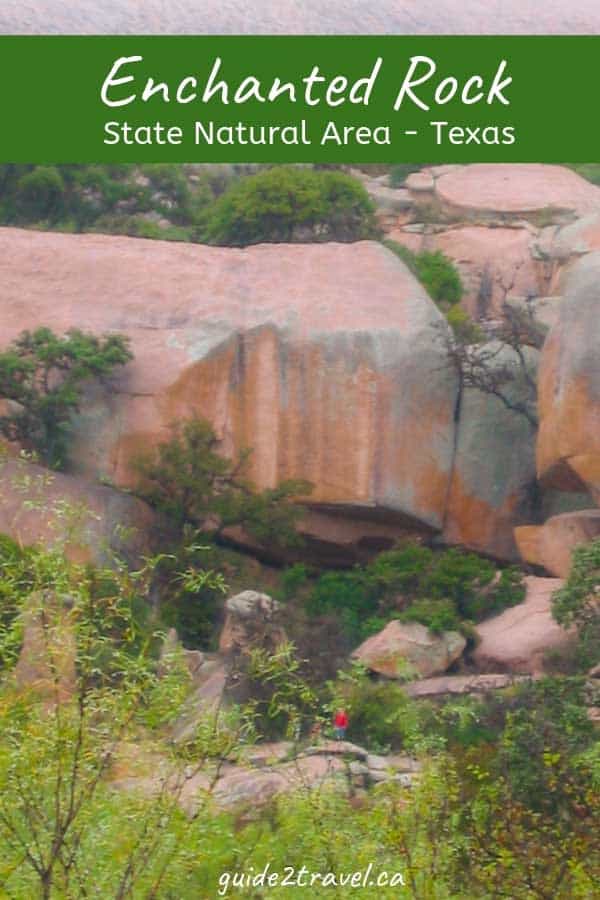 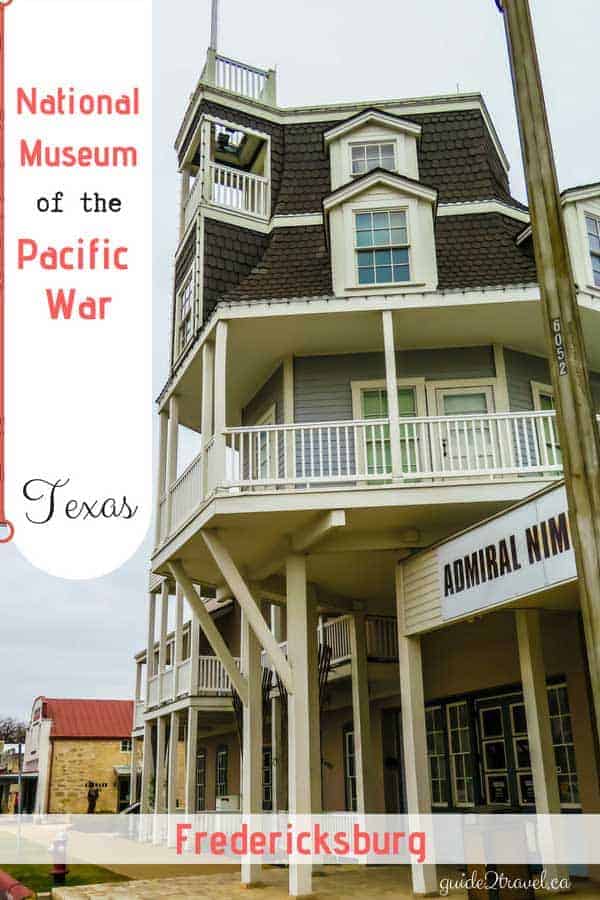