Mexico has all kinds of adventures just waiting to be taken. Some involve merely exploring the night-life of a bustling, crazy city like Tijuana. Others involve pristine beaches and world-class resorts. Still others are all about exploring ancient ruins of bygone civilizations. Whatever vacation tickles your fancy, there’s likely an adventurous expression of it in Mexico.

A vacation is essentially a planned adventure. Unfortunately, technology today is too often something that keeps us wrapped up in ourselves, and ironically out of touch with the world. Things like social media and the Internet can actually be bad for health, as they keep a person indoors too long. While relaxation can certainly be worthwhile for the mind and body, sometimes you need to stimulate yourself a little bit. And that’s what adventure is for.

An adventurous change of pace is sometimes just the shock the body and mind need to look at the world in a new light. and taking a trip south of the border might be the best way to enjoyably administer such a shock. Here’s a look at four vacation destinations for adventurers to help stimulate your imagination. 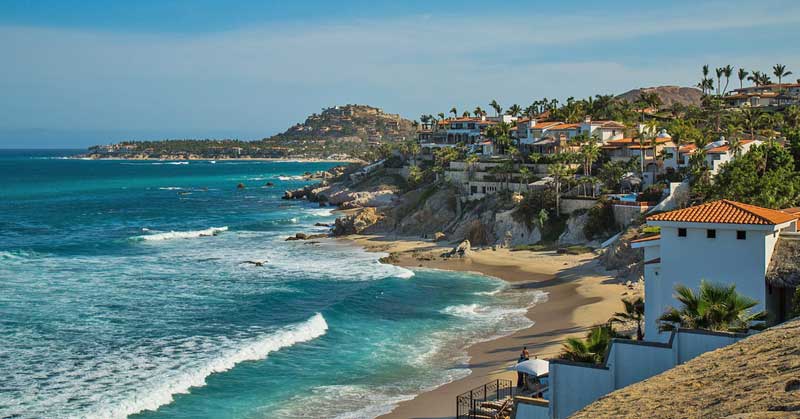 If your idea of an adventure is exploring spectacular islands, islets and coastal areas, then the UNESCO World Heritage site, Islands and Protected Areas of the Gulf of California, should be your first stop. When you visit Cabo San Lucas, in the Mexican state of Baja California Sur, you’ll have lots of access to the UNESCO site. Here, you can do everything from rock climbing to rappelling to racing across swinging bridges. Plus, you’ll find 39% of the world’s total number of species of marine mammals and a third of the world’s marine cetacean species.

After a day of adventures, it’s time to relax. Some of the world’s strongest and smoothest tequila (North America’s first distilled spirit—first made in the 1500s) is made right in Cabo San Lucas. You can take a tour of the facilities, learn how the tequila is made from the blue agave plant, then have yourself a number of shots. But be careful! They’ve got a very high alcohol content, and it’s easy to overdo it. The adventure might be finding your way back to your cruise or resort after the fact! 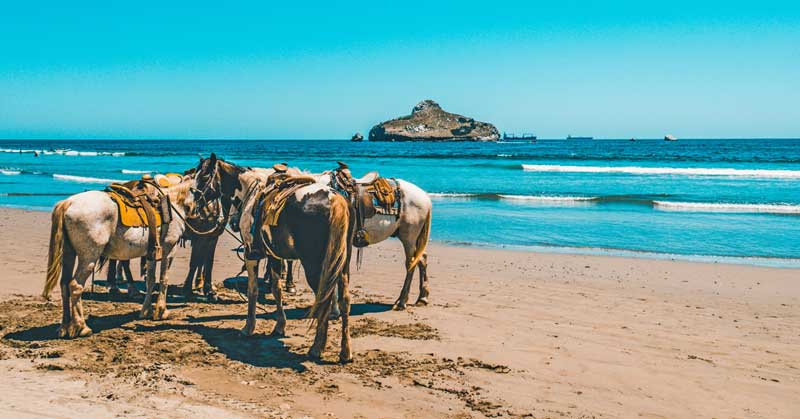 Horseback riding in Mazatlan. Photo by Daniel Apodaca on Unsplash

Mazatlan has some dense coastal jungles that may or may not be in bloom when you visit, depending on the season. There are also rolling hills under that jungle brush, and some enterprising groups have put together a number of zip-lining adventures between these rolling peaks.

While diet and exercise are key to fullest flourish in terms of health, mental stimulation like a zipling adventure can also play a part. In Mazatlan, you can get all three together! Excellent dining accompanied by zipline adventures, and exercise between stations, provide adventure and health simultaneously. There’s also horseback riding and other explorative options you might look into. 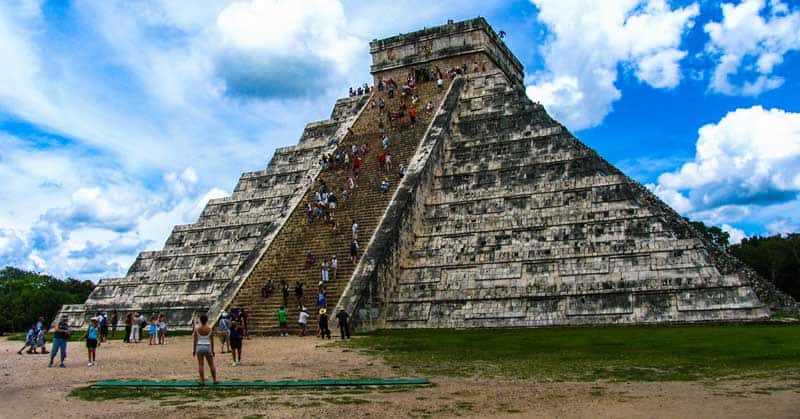 El Castillo Pyramid at Chichen Itza when it was still open for climbing by tourists. Photo by Linda Aksomitis.

Cancun has a reputation for a reason. If you’ve never been, at the following link you can find Cancun villas to rent that may be worth checking out. Cancun, in general, has much to recommend it.

It’s a worldwide vacation destination with vibrant nightlife, pristine beaches, and access to many tours through the dense inland underbrush, and to hidden treasures such as the world-renown pyramid at Chichen Itza, the ancient walled city of Tulum, and more.

Cancun is a trip worth taking for anyone who has ever had a taste for adventure, and an appreciation for the finer things vacations have to offer. It’s a location that hits “on all cylinders”, as the saying goes.

4. The Island Of Cozumel 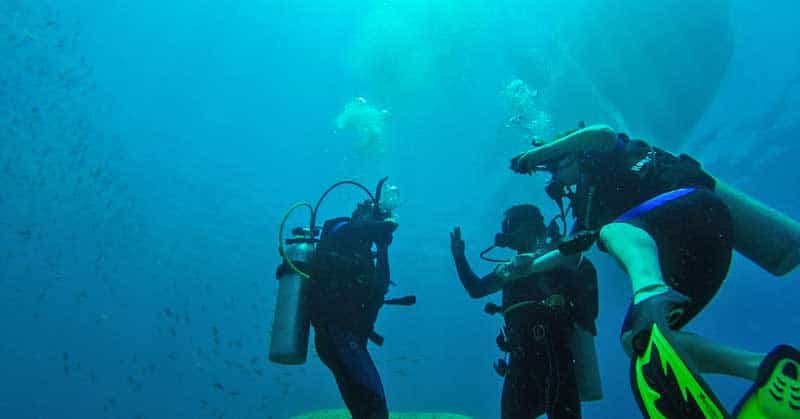 Scuba diving in Mexico. Image by Sergio Mariscal from Pixabay

Cozumel is an island off the coast of Mexico to the east, several miles from the Yucatan peninsula. It’s got fine reefs around it, and some of the world’s best scuba diving within the Cozumel Reefs National Marine Park. Exploring the waters here is amazing since there are more than 26 species of coral and more than 500 species of fish. Indeed, Cozumel is home to a small section of the world’s second largest barrier reef system, known as the Mesoamerican Reef.

Additionally, there are world-class resorts, but be careful. As a vacation destination, some of the food will be sourced from entirely local providers, and metabolisms from developed countries may not be able to handle all available eating options. A word to the wise: avoid the chorizo. That’s an adventure you may not want to take even if you like odd tastes and experiences.

A Fine Opportunity For Adventure 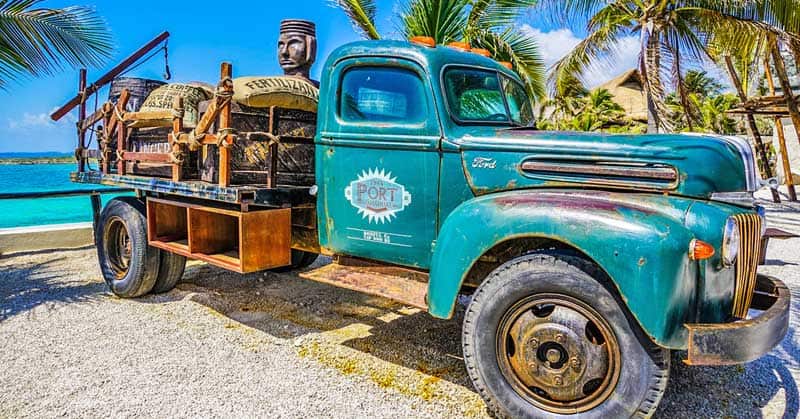 Vintage truck on a beach in Cozumel. Image by Michelle Maria from Pixabay

Mexico City itself was built upon a lake by an ancient society with technological marvels the modern world still has trouble understanding at times. There’s plenty to explore inland, on the coasts, at the borders, and throughout the country. For the adventuresome, there are many vacation spots to choose from in Mexico presently.

You might want to consult a tour guide to get an idea which areas are “hot” right now in terms of positive vacation opportunities, and which areas aren’t as safe as they have been in the past.

With that proviso out of the way, you’re sure to find adventures for everyone south of the border in Mexico. From tequila to ziplines, scuba diving, relaxation, and ancient ruins exploration, there are experiences to be had which you’ll remember the rest of your life.

Wendy Dessler is a super-connector who helps businesses find their audience online through outreach, partnerships, and networking. She frequently writes about the latest advancements in digital marketing and focuses her efforts on developing customized blogger outreach plans depending on the industry and competition.

More Things to Do in Mexico

Visiting Cancun this winter? Check out these 5 day trips from Cancun to explore Mayan pyramids & more!

The photo in the header above was taken by Linda Aksomitis in Tulum, Mexico. Ruins of the 13th century walls around the city still remain for adventurers to explore.

If you enjoyed this article pin it to share later. 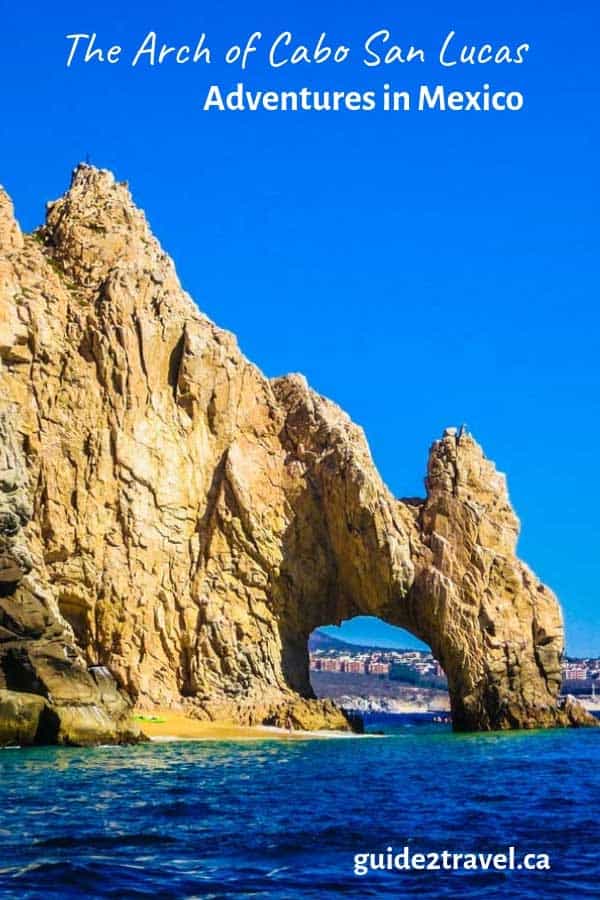