How To See Albuquerque, New Mexico, From 4000 Feet Above

Albuquerque spills out of the Sandia Mountains covering some 490.9 km² of the Chihuahuan Desert of New Mexico. But there’s a lot more to this destination than sand and cacti! In fact, you really have to get above Duke city (Albuquerque’s nickname) to see its full beauty — here are a few things to do in  Albuquerque, New Mexico, that will give you that bird’s eye view from 4000 feet above. 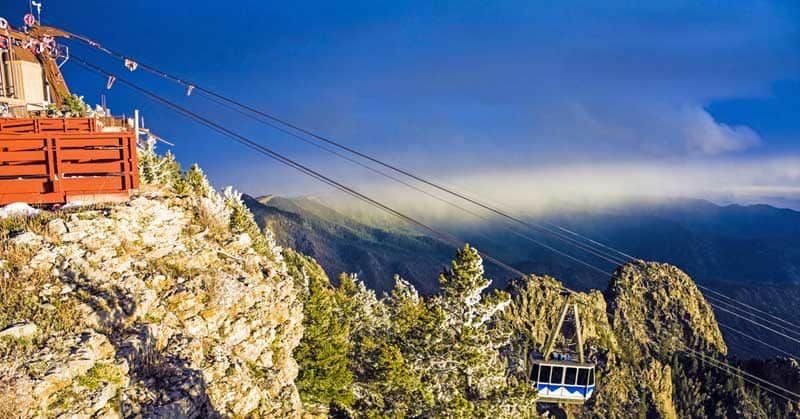 The Sandia Peak Tramway was high on my list of ways to see Albuquerque when I visited. If you’re not familiar with it, the Sandia Peak Tramway is an 8,000 pound tramcar that climbs 2.7 miles with vertical rise of 3,819 feet up the side of the Sandia Mountains. In the 50+ years it’s been open, hundreds of thousands of visitors have been treated to the view.

The tram ride started out with the whirr and whine of metal cables as the tram slid skyward—inside I huddled, toe-to-toe, with forty others, my hand firmly clamped on the door handle. Why, I’m not sure, since each second that passed shot me 20 feet closer to the top of Albuquerque’s Sandia Peak. Baling out wasn’t an option.

I rode the Sandia Peak Tramway at the perfect time of day, near sunset. Looking south, the Estancia Valley and Manzao Mountains shimmered in the fading sunlight; to the east, the Sangre de Cristo Mountains filled the far horizon, while winter ski runs and thick forest cascaded near me down the backside of the Sandias; Cabezon, the stump of an eroded volcano, stood out among other volcanic necks and plugs in the north; and the Rio Grande river crossed the western horizon, along with Mount Taylor, more than 100 miles away.

Landscape to Ignite the Imagination

As I relaxed at the top of the peak, waiting for sunset, the most amazing thing happened to the mountains. Mesmerized, I watched as the blend of mica, feldspar and quartz rocks took on sunset’s pink glow. It was easy to see why hundreds of years earlier the Spanish had named these mountains the Sandia, which means watermelon. 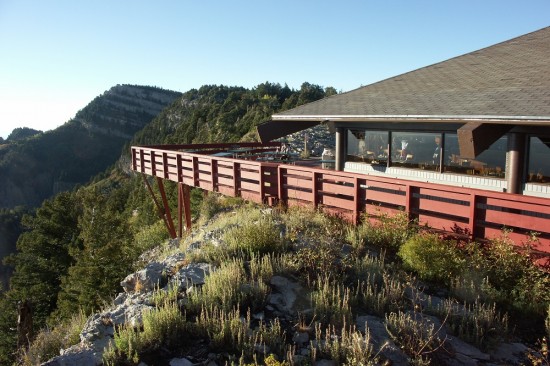 Viewing area and restaurant at the top of Sandia Peak.

Hikers on a ski lift rocked their way up the mountainside through the ponderosa pine forest that dominates the terrain around the 7000 elevation mark. They’d already left the chamisa, pinon-juniper, and apache plum behind. At 8,500 feet or so, they passed the blend of aspen, scrub oak, and mixed conifers, before reaching the top at 10,678 feet, where I stood in the Hudsonian zone, with its Douglas fir, spruce, aspen, and limber pine.

It was hard to imagine winter snows in the desert, but the ski runs at Sandia Peak provide world class skiing and snowboarding where hikers and mountain bikers enjoy the trails in other seasons.

And if you like heights…try the annual Balloon Festival! 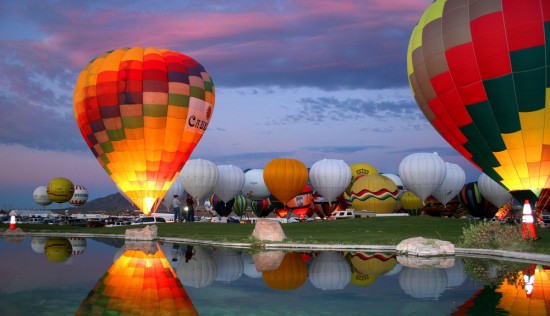 Albuquerque is the hot air balloon capital of the world, hosting over 500 balloonists from over 15 countries at the annual Albuquerque International Balloon Fiesta® every October.  According to Visit Albuquerque, it all began more than a century ago, when a daring bartender piloted a gas bag up from the center of town, floated through the cloudless, calm skies and came down a few miles west of the city. How high did he get? Visit Albuquerque says nearly 14,000 feet. Now that’s floating high above the city!

Today, though, if you’re taking a balloon flight over the city, you could be skimming the desert or hitting those amazing heights. Those who’ve tried it say one of the most fun parts of ballooning in Albuquerque is taking a splash and dash over the Rio Grande. What’s that? Well, skimming over the river like you’re walking on water.

Unfortunately, while I’ve signed up for a ballooning adventure several times in New Mexico, it’s always been too windy to go up even though I arrived at the adventure site by sunrise. As you may guess, that’s the stillest time of the day, so the best time to soar to the heights.

So, if you plan to attend the Balloon Fiesta, keep that in mind, as it’s a sport for those who love to see the sunrise. Meeting times for ballooning are typically in the neighborhood of 6 a.m. A flight typically lasts under an hour, but of course, you’ll need to set aside several hours for transport and getting ready. While the size of the balloon’s basket varies, many of the commercial rides can hold up to 20 or so people.

More Ways to See Albuquerque from the Skies 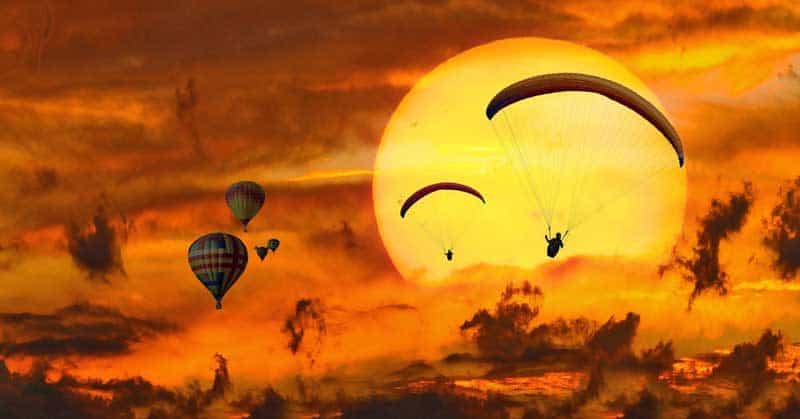 Balloons and gliders fantasy painting by Gellinger on Pixabay.

Of course, there are lots more ways to see Albuquerque from the skies! Skydiving is one of the obvious choices, and that’s certainly an option in the city.

For pro skydivers, you can do a freefall at 120 mph above the earth before your parachute opens. If you’re a newbie, you can take advantage of a tandem or solo flight to get your bird’s eye view of the mountains and desert floor.

And if it’s hang gliding and paragliding that get your adrenaline pumping, you’re in luck in Albuquerque. The Sandias are considered world class for this extreme sport. But what’s not to love gliding 5000 feet above the city below in the rising thermal air on summer days, enjoying the spectacular vistas.

Due to the Sandias’ “Big Air,” pilots often find thermals that allow them to circle and rise to higher altitudes and fly as far as Texas or Colorado—the longest recorded flight from Sandia is 242 miles!

I visited Albuquerque, New Mexico, as a guest of Visit Albuquerque. As always, I retain full editorial control over my articles, so have provided an honest portrayal of my experiences.

More Places to Visit in New Mexico and Nevada

8 Attractions in New Mexico You Probably Haven’t Visited Yet

New Mexico, one of the states in the American Southwest, is an amazing place to visit. With landscapes from desert and dunes to mountain peaks and pines, the attractions in New Mexico are more diverse than you can imagine! The only problem I have is...
Read More

Las Vegas has tons of things to do–many of them unexpected. Check out these four attractions beyond casinos for your next visit.

On  a recent getaway from winter's cold and wailing winds, we headed to New Mexico to sample some of the desert's attractions. Strangely enough, the perpetual Ice Cave, off Route #53, turned out to be one of our favorite stops. Before we saw the "Fire and Ice" sign on...
Read More

The photo in the header above is a view of Albuquerque, New Mexico, USA, (Elev. 5,312 ft.) from the 10,678 foot elevation of Sandia Crest. The photo was taken by YayImages. 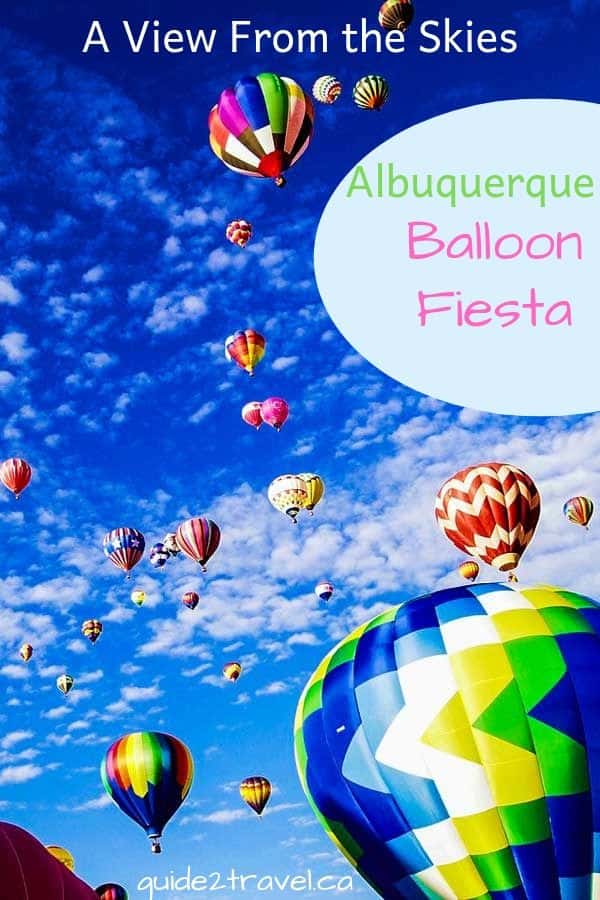 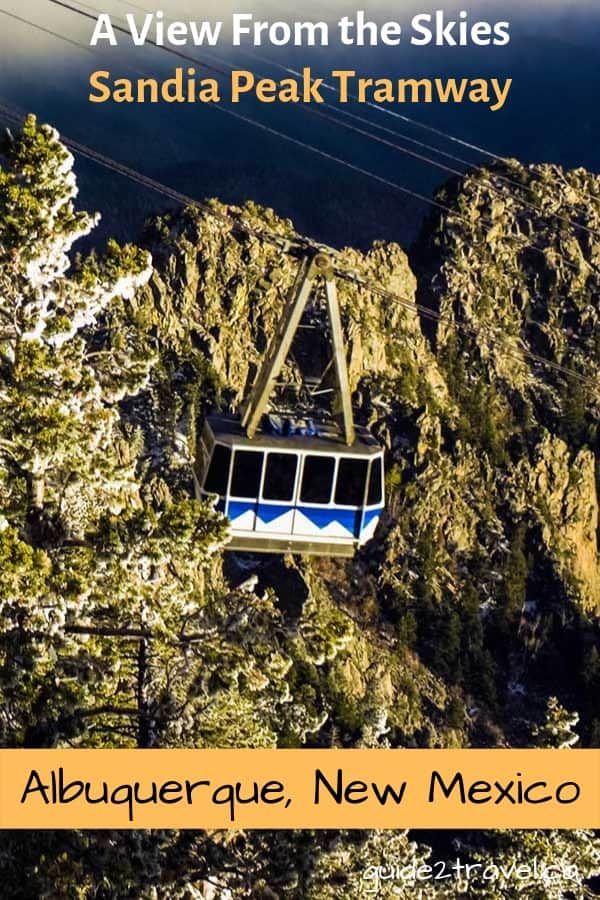