...travel adventures with a twist of history Latest ArticlesAdventures
;
Lapland is mostly known for being the hometown of Father Christmas. Ever since 1927, when a Finnish radio presenter revealed the secret whereabouts of the man in the red suit, people have flocked to Lapland, the largest and northernmost region of Finland.

Towards the end of the year, more and more people visit Lapland to experience the Finnish joys of Christmas and perhaps even to try and get a sneak-peak of Santa Claus in his grotto! Although Lapland is famed for its connections to Santa, there are many other sites and attractions to visit on your Lapland adventure before you head home. So, continue reading to discover 15 of the best Lapland locations and experiences you can enjoy when you travel to Lapland.

Lapland is a region that covers one third of Finland’s total area, as well as parts of northern Sweden, Norway and some of Russia’s Kola Peninsula. 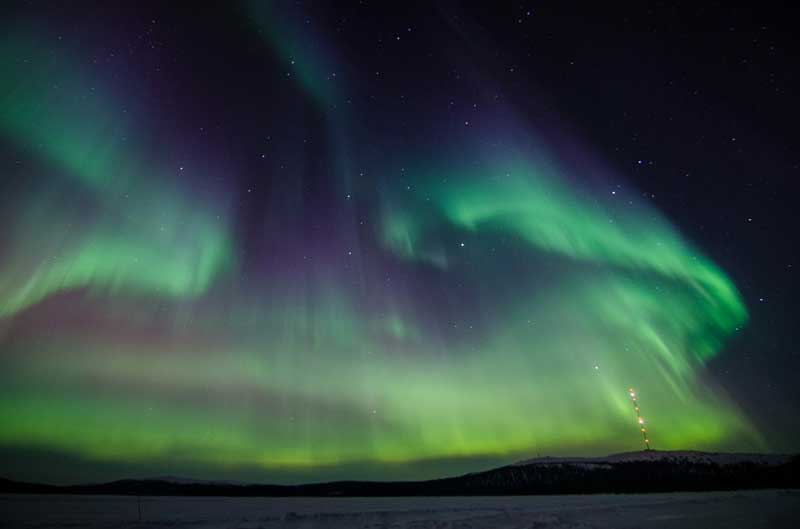 Northern Lights in Lapland. Image by Janina Bienkowski from Pixabay

Iceland is often thought of as the best place to witness the natural spectacle of the Northern Lights. However, Lapland is actually a much better place to see the Northern Lights because Finland generally has much clearer skies, so clouds won’t usually stop you from witnessing the aurora. 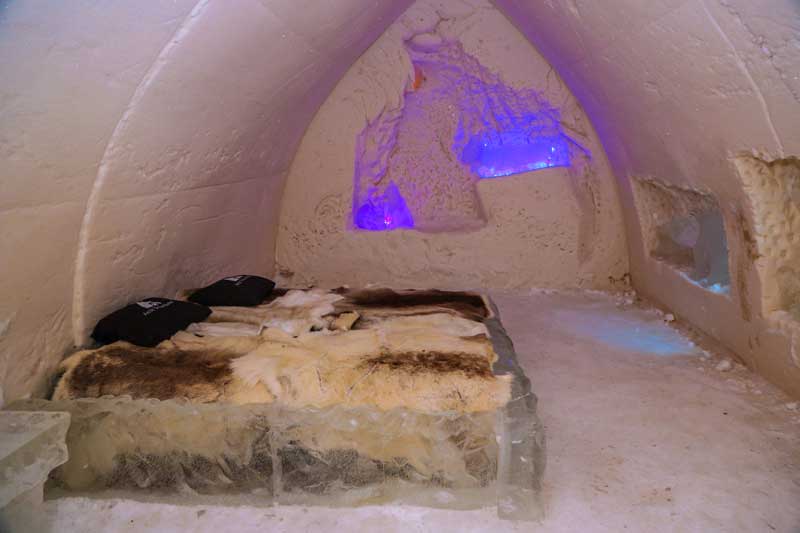 If you have ever seen the James Bond film Die Another Day, you may have been left wondering if there really is such a thing as a hotel made out of ice. Well, in Lapland there are at least two such hotels made entirely out of ice! The first is Snowman World in Rovaniemi, and the second is The Snow Village in Kittilä. The unique thing about the Snow Village is that it’s not only a hotel but (like the name would suggest) an entire village! There is even a church made out of ice where you can get married if you should be so inclined.

Father Christmas wouldn’t get very far without his team of cheerful elves helping him to make gifts for the world’s children! So, visit Santa’s elves and see where they live and go to school. You can even take an elfish lesson at a tiny school desk and learn how to make gingerbread in the kitchen.

In between making gingerbread and sipping on mulled wine, more adventurous travellers might want to take part in some Finnish skiing. Ylläs Ski Resort is one of the most popular places to do this, and once you have finished on the slopes, you can hit one of the numerous bars or restaurants to warm up. 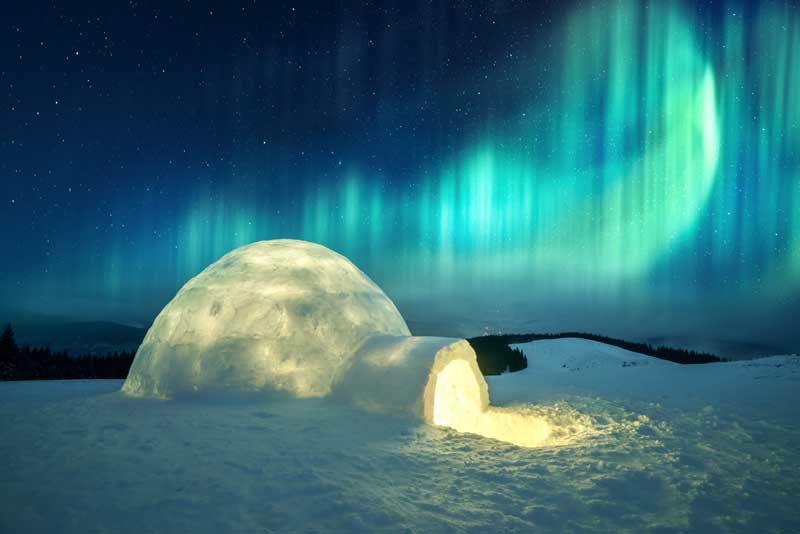 If modern ice hotels don’t strike your fancy and you are looking for something a little more authentic to the region, why not try staying in a traditional Sámi ice igloo? This is definitely one of the most unique things to do while you are in Finland, but be warned that temperatures in the igloo hover at around 0°C – but you will be supplied with sleeping bags and blankets.

Levin Lapinkyla is a traditional Finnish farm where you will get to meet and interact with reindeers, alpacas, sheep, goats, gerbils, bunnies and cute birds. Once you have had your fill of seeing the lovely animals, you can indulge in some Finnish delicacies in the on-site restaurant or take a reindeer ride.

If you love a good sauna session (who doesn’t?), then Lapland is the place to be. Finland officially has more saunas than personal vehicles, so you will never be stuck without a good place to relax in the sauna. For those who don’t mind heights, Lapland is also home to the world’s only sauna gondola. Head to the Ylläs Resort to indulge in a relaxing pampering session while you take in the sights from a cable car gondola! 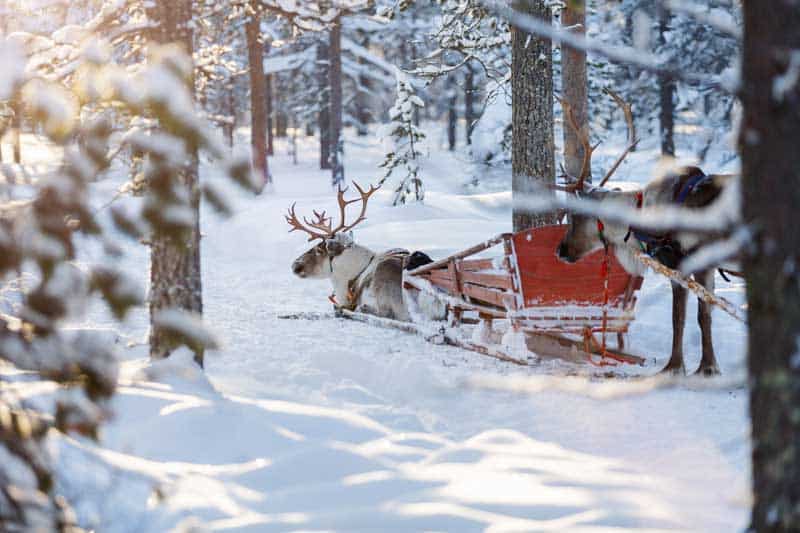 Lapland has many farms, but the Ounaskievari Reindeer Farm is one you shouldn’t miss out on if you love reindeers and want to learn how to ride a sleigh! Learning how to navigate a sleigh attached to two reindeer is a fun experience, but it does take some getting used to!

If you are heading to Lapland between December and April, don’t miss out on the Ice Music Festival. Professional orchestras play classical music in an igloo concert hall on instruments carved out of ice! Guitars, pianos and violins all made out of ice, create new and exciting sounds for visitors to enjoy throughout the cold Lapland winter.

Lapland is a haven for anyone who enjoys engaging in extreme sports on their winter holidays, and snowmobiling is no exception! You can hire a snowmobile and go exploring on your own or go on a group snowmobile safari adventure with local experts. 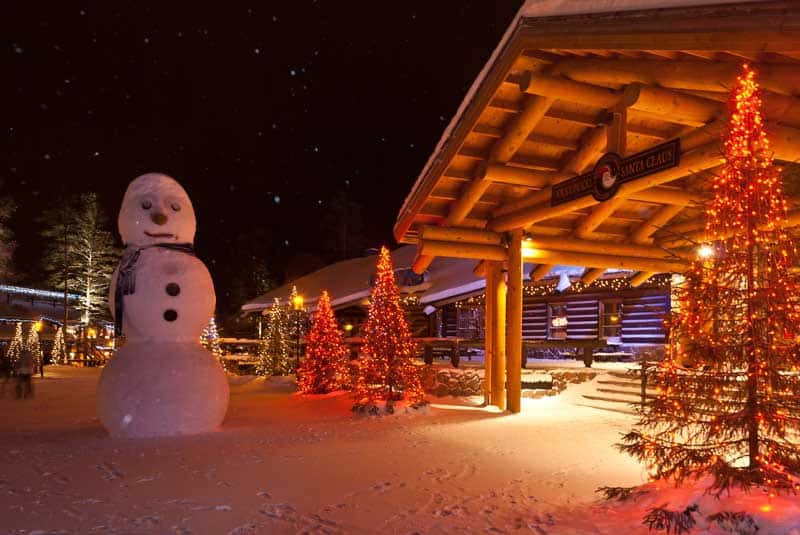 You can’t travel to Lapland without visiting Santa! So, head on down to Santa Claus Village and experience the joys of Christmas town. You can visit the Santa Claus post office and send postcards or letters to people around the world which will be officially postmarked from Santa!

If you would like to learn more about Finland and the traditions of the Sami people, then be sure to put the Arktikum on your to-do list. Featuring a museum packed full of information about local history and folklore from prehistoric time up until the modern-day.

While you are in the area, you might want to stop by at the Arktikum Science Museum where you can get up close and personal with polar bears and all manner of other Arctic animals. 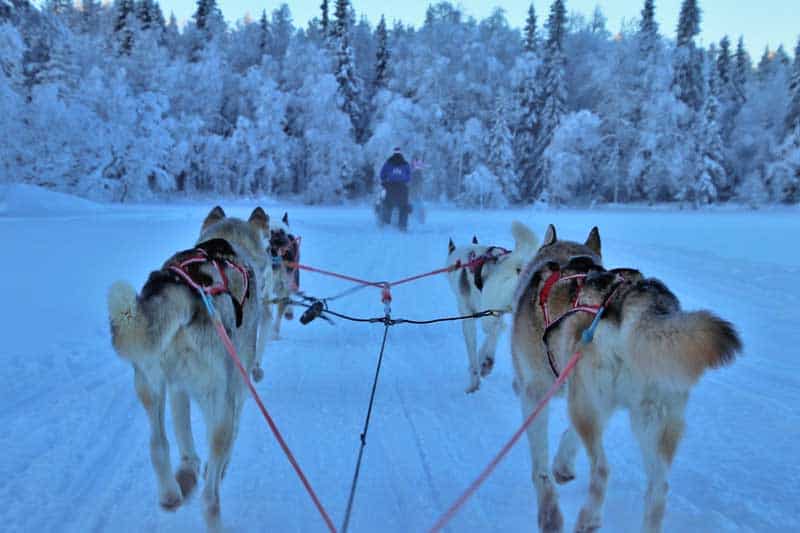 Sled dogs in Lapland. Image by pasja1000 from Pixabay

If a reindeer sleigh ride sounds too mundane for you, why not go dog-sledding instead? Although dog-sledding is a tradition which comes from North America, Lapland also offers this unusual and exciting experience. Huskies love to run, and you might be surprised by the speeds you can get up to!

Only a stone’s throw away from Santa’s grotto, the underground Santa Amusement Park has plenty to offer children and adults alike. Featuring carousels, ice galleries, workshops, elf shows, gingerbread decorating and a good old-fashioned Finnish bar – there will be something for the whole family to enjoy.

Adam Reynolds is a freelance writer who enjoys adventure travel.

The photo in the header above is of the Aurora Borealis in Finnish Lapland, taken by Sturrax from Pixabay

Adam Reynolds is a freelance writer who enjoys adventure travel. 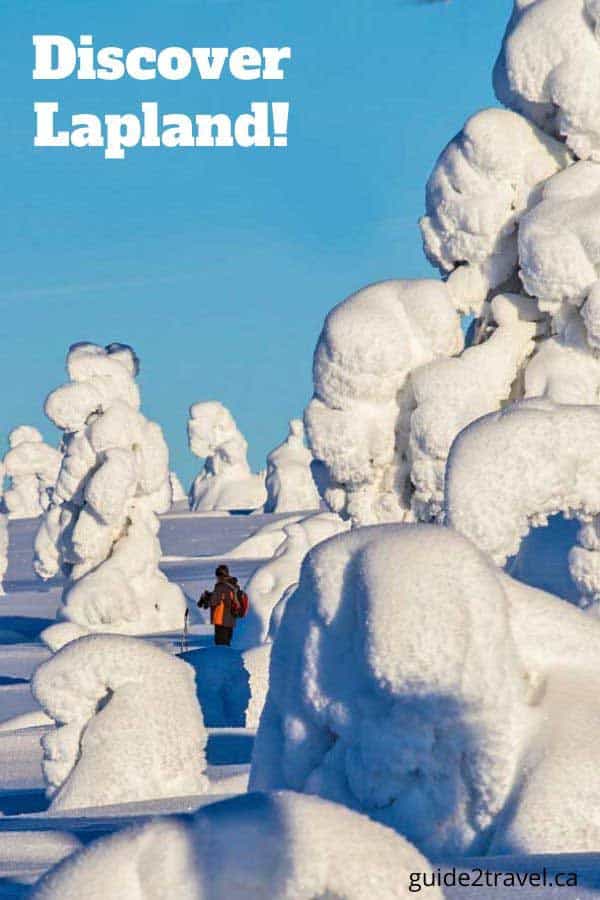 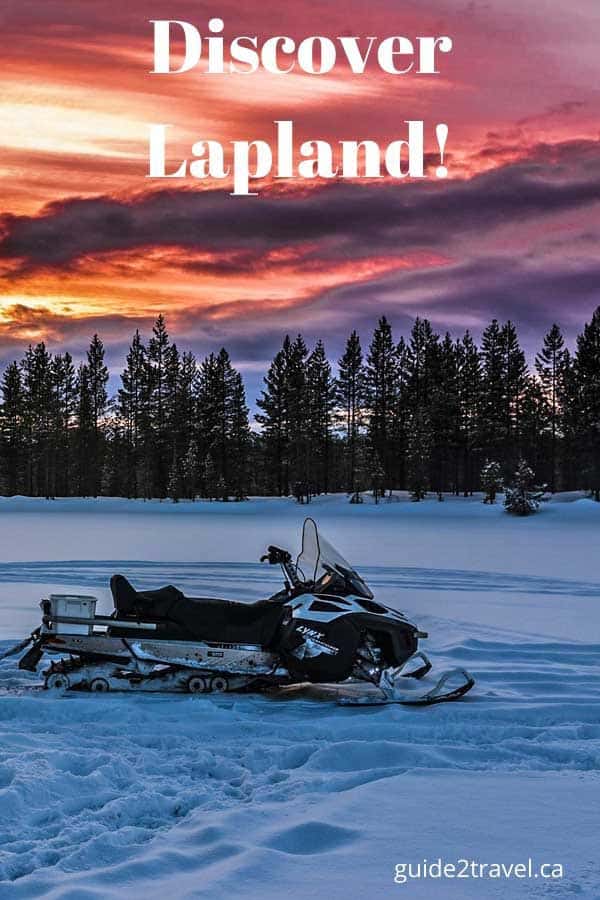 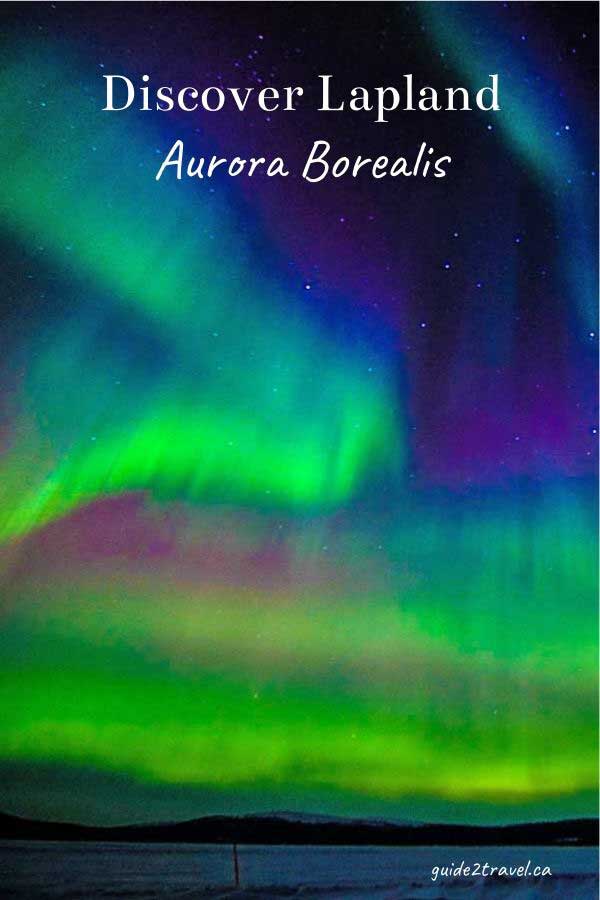