...travel adventures with a twist of history Latest ArticlesAdventures
;
India is a country blessed with many historical places that attract millions of visitors from around the world every year. But, the perception that India only has historical buildings from bygone eras is completely wrong. India is filled with landscapes that are both historical and have natural beauty. There are seven natural UNESCO sites in India on the World Heritage List. Let’s take a look at them. 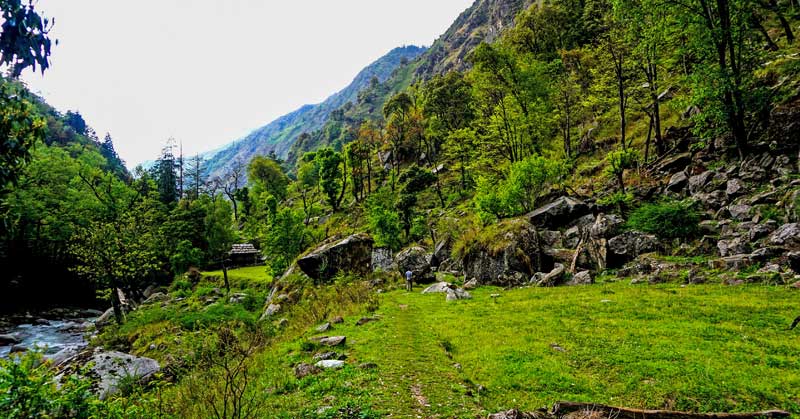 A hike towards camp site Rola in the Himilayan National Park. Photo by Vishrutpanday – Own work, CC BY-SA 4.0, Link

The great Himalayan National Park is situated in the state of Himachal Pradesh, a few miles from Kullu, the nearest inhabited town. There’s a huge variety of animal and plant life in this beautiful national park that includes 25 different forest types! As well, the park has rivers, snow-capped mountains, beautiful landscapes, over 350 different species of wildlife and basically everything that a human mind can imagine.

If you’re planning to come and visit this park, then the ideal timing is March to November. Plan to avoid the months of July and August, when there’s a lot of rain. In fact, the heavy Monsoon rain can create immense problems for you. 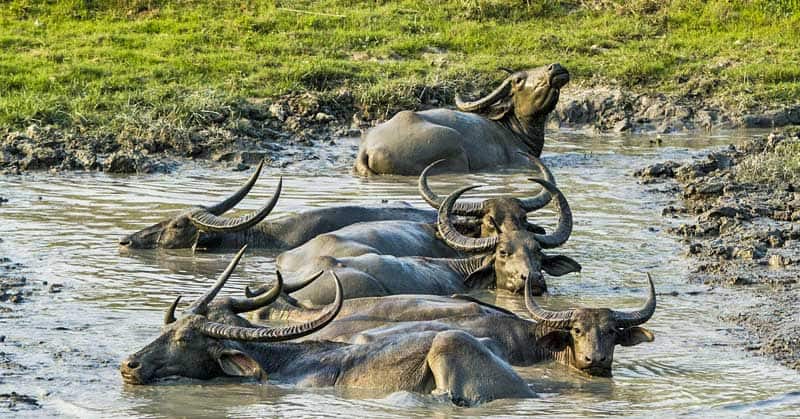 Buffalo in in the natural UNESCO site in India in Kaziranga National Park. Image by Vikramjit Kakati from Pixabay

Kaziranga National Park is a national park and wildlife area situated in the Nagaon district of Assam, a state in India. Due to its diversified wildlife, it was made into a heritage site in 1985. Indeed, it’s considered one of the world’s finest wildlife refuges.

There’s a considerable difference between the altitudes of sides on the west and the east, so you see a variety of animals and lovely natural vegetation. From dense trees to lagoons and many different kinds of animals, Kaziranga is something that is a must-visit if you’re in love with nature and wildlife. It’s also home to many threatened species, including the Ganges River dolphin.

This UNESCO natural site in India park is very famous for one-horned rhinos, tigers, leopards and elephants. Indeed, two-thirds of the whole world’s one-horned rhino population is settled here. So, you’ll really get to have a great adventure with the wildlife on a safari.

From May until October, the park is closed due to heavy Monsoon rains. Instead, plan your visit to this place between November and the end of April. 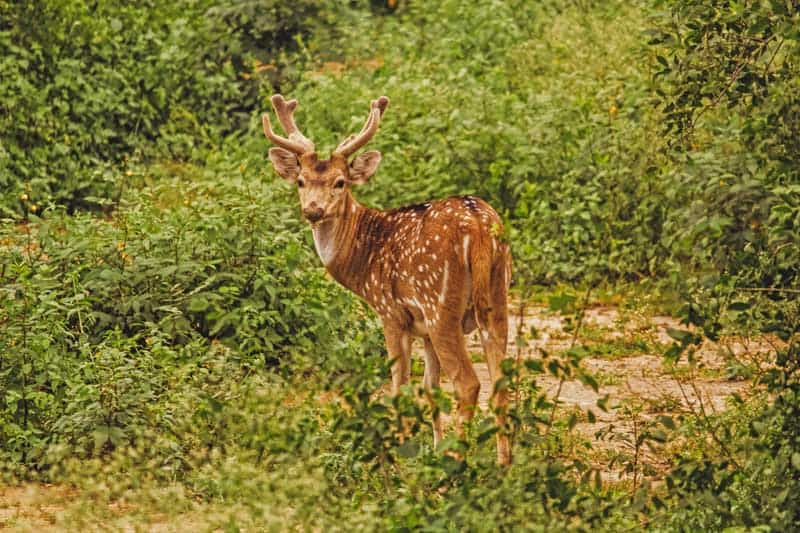 Keoladeo is a national park which is located in the Indian state of Rajasthan, near the big city of Agra but very close to Bharatpur. Keoladeo is best-known as a refuge for some of the most rare migratory and non-migratory bird species in the world.

During migration season, you can at times get to see more than three hundred different species of birds — in fact, park authorities have sighted more than 360 different species throughout the year. Indeed, as many as 20,000 birds nest in the area. The Siberian crane is among the rarest birds that can be seen here at this park.

The park also has many different animal life such as blackbucks, hog deer, wild boar, chital, nilgia, snakes and other wildlife. This UNESCO natural site in India was designated a world heritage place in 1985. 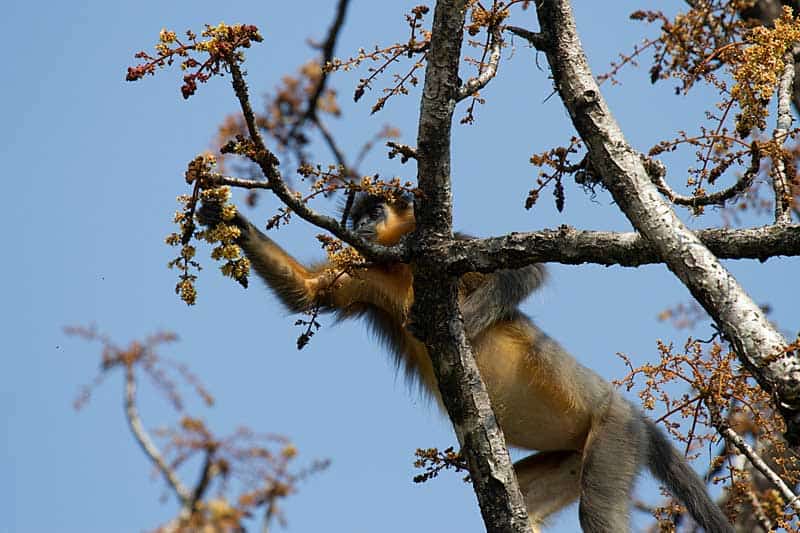 Capped Langur in a tree in the natural UNESCO site in Indian – Manas Wildlife Sanctuary. By Bulan Chakraborty – Own work, CC BY-SA 3.0, Link

If you want to visit an exotic natural place, then there is no better spot to visit than the Manas Wildlife Sanctuary. Indeed, it’s situated in the foothills of the Eastern Himilayas and on both sides of the Manas river, which is named after Manasa, the serpent God in Hindu mythology.

Filled with a number of animals of varying kinds, this beautiful place is adjacent to the border of India with Bhutan in the famously beautiful Indian state of Assam. In the park, you’ll find forested hills, grasslands and tropical evergreen forests.

You can get a look at many animals, including the endangered Indian rhinoceros, Indian elephant, tiger, and pygmy hog. This amazing sanctuary was designated a natural UNESCO site in India in the year 1985. You can visit the park from the beginning of November to the start or end of the month of April. You can even stay inside the park in state tourism departments. 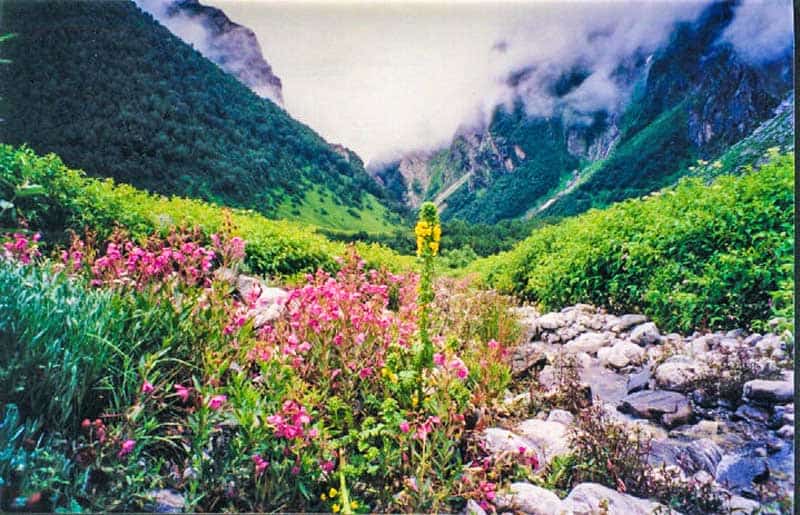 Uttarakhand is a state full with naturally amazing beauty, but the location that stands out the most is the world heritage place of Nanda Devi and Valley of Flowers National Park. It is combined of two places nearly twenty kilometres separate from each other, the second highest Indian mountain of Nanda Devi and the Valley of Flowers. If you love nature and jungle, this park is something you must see.

This amazing destination was designated a heritage site designation in 1988, and the two reserves were joined together in 2005. Some of the endangered animals you’ll find here include the Asiatic black bear, snow leopard, brown bear and blue sheep.

The most ideal time to travel and see the amazing landscapes and rich beauty of this park is from the start of May to the end of October. 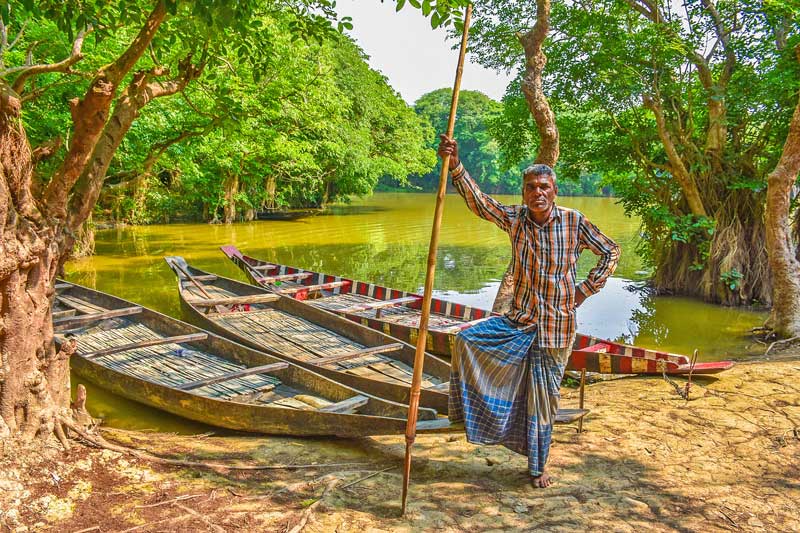 Sundarbans is a national park with the world’s biggest mangrove reserves. It starts from the Indian state of West Bengal and stretches deep into Bangladesh. The park contains fifty five percent of forest land and forty five percent of wetland with 78 species of mangroves.

It’s very famous for housing tigers, which have learned to live an almost amphibious life, surviving on prey from water like crabs and water monitor lizards. Be careful though, as they’re also recognized as being man-eaters.

This reserve was first made a park and then a heritage site. 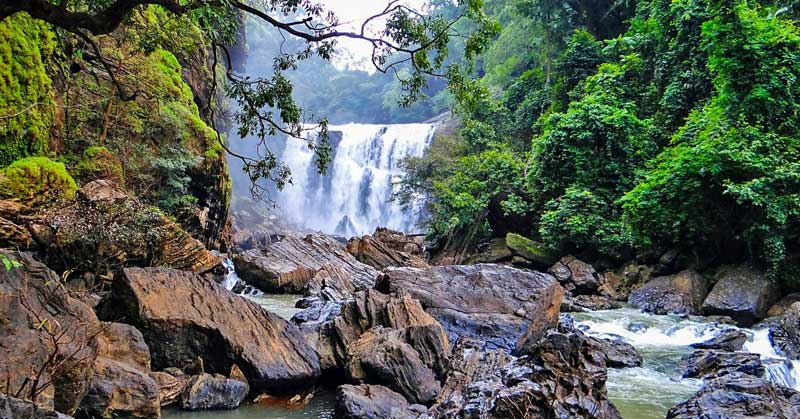 Sathodi Falls in the rainforests of the Western Ghats. Image by Bishnu Sarangi from Pixabay

Western Ghats are the set of mountains combined together that are even older than the Himalayas. This tells a lot about the history of these ranges. It’s a very popular heritage site in India, and has virtually everything that a natural site can have.

You can see a variety of wildlife from monkeys, elephants, snakes and more than 400 types of birds which are found here. You can see mountains, peaks, grasslands, waterfalls, picturesque lakes and many more stuff. Of the plant and animal life found here, 325 are globally threatened species. It will be an experience to remember for a long time when you visit this amazing natural UNESCO site in India.

Tips If You’re Travelling to India For the First Time

When you decide to travel to India to visit these amazing heritage sites along with India’s other historical places and cities, there are a few things you need to remember whether you’re looking at honeymoon packages for India or trekking adventures in the Himalayas. Make sure to:
• Don’t carry too much cash
• Dress in a conservative manner
• Be calm and polite
• Carry medicines
• Drink bottled water
• Avoid unhygienic foods
• Follow weather closely and plan accordingly
• Protect your important stuff from pickpockets
• Avoid stress over your excess baggage by using one of numerous cargo companies that ship cargo to India in most minimal rates.

Isla Oliver enjoys travel and loves to share her experiences. Currently, she works for a company that specializes in sending cargo to India from UK. In her line of service, she has visited Pakistan, India and many Asian countries several times, hence she wrote this article on the basis of her experiences.

Rice pudding is one of those desserts that has a place in almost every culture around the world--with variations to suit each one. In fact, for thousands of years rice pudding was considered a good way to treat stomach ailments. If you're like me, you may have even...
Read More

Check Out the Largest Casinos in Asia

Check out this list of the largest casinos in Asia! Two of them are in Macau, the “gambling capital of the world.”

6 Best Activities for Nightlife in Japan

There are some unique opportunities for nightlife in Japan. Discover six, from the Monster Cafe to the Robot Restaurant, in this collection of six options.

The photo in the header above was taken in The Sundarbans, a vast forest in the coastal region of the Bay of Bengal in Asia — Photo by mortenrochssare

The article was written by Isla Oliver, who has visited Pakistan, India and many Asian countries through the cargo company she works for. 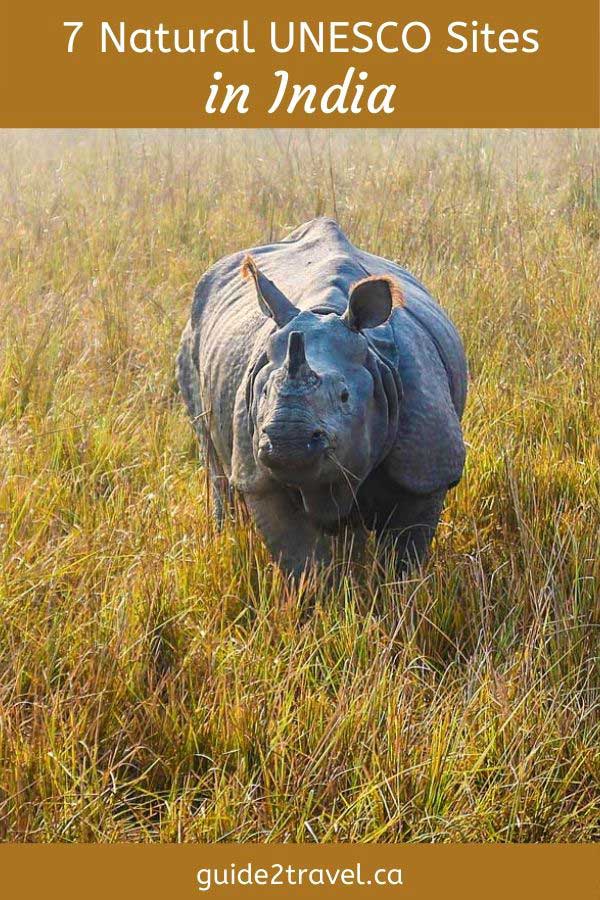