New Orleans is often ranked as one of the best cities to visit in the U.S. — with good reason! January through March are great months to spend time in this coastal city, whether you’re looking for adventure or culture. With average temperatures around 20 degrees Celsius (68F) when much of North America is experiencing snowstorms and frigid temperatures, a New Orleans weekend getaway is perfect. Indeed, Hotels.com asked me to share my travel experiences in New Orleans in this instalment of guide2travel.ca’s weekend getaways series.

And if there’s something I like to share from weekend getaways, it’s my adventures. And in Louisiana, that means a swamp tour!

What Swamp Tours are Near New Orleans? 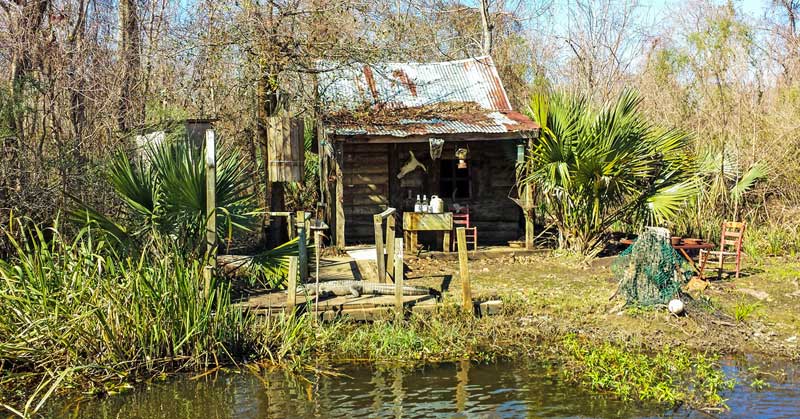 “Cajun Condo” in the Manchac Swamp on the Cajun Pride Swamp Tour.

Ultimate Swamp Adventures had two things that made it our first choice on our last visit to New Orleans:

Previously, on our 7 Days of Mardi Gras tour, we’d taken a Cajun Pride Swamp tour (25 miles northwest of New Orleans on the way to Baton Rouge). The great thing about both of these swamps was that we did see alligators sunning themselves despite the lower winter temperatures. A few years earlier, during the fall, I’d also taken the Cajun Critters Swamp Tour, another Westwego option.

What’s the Difference Between a Swamp Boat and an Airboat?

There’s nothing I love more in Louisiana than a swamp tour, and while I’ve done half a dozen or more on a swamp boat, Ultimate Swamp Adventures was my first airboat. What’s the difference between a swamp boat and an airboat, you ask?

Well, a swamp boat is a basic pontoon boat with a roof to protect you from the sun. Typically, 20 to 30 people can be seated comfortably on benches. An airboat, on the other hand, is a flat bottomed boat with a large aircraft-type propeller instead of a boat motor.

Airboats are ideal in shallow water and swampy areas, making them perfect for the Florida Everglades and Louisiana swamps. The one thing David anticipated with the airboat was the speed — they’re much faster than swamp boats, zipping along around 45 kph (30 mph). They also turn quickly, kicking up some mud in the bayou! 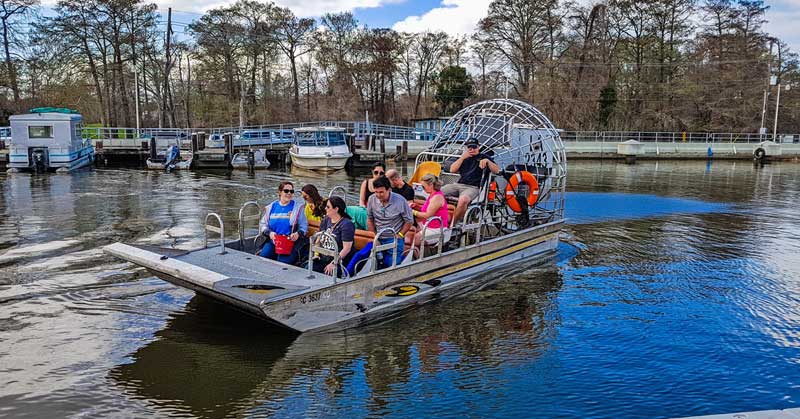 Airboats hold around a dozen people, all seated in front of the captain/guide. Be prepared for a little flying swamp mud if you take the front row, as you’re just a couple of feet from the water. Since locals call airboats “Cajun Air Conditioning,” you can likely guess that you’ll feel the air swirling around when that giant propeller starts to spin!

Travel Tip: If you arrive early, plan to have lunch at the Westbank Grill. My recommendation? A New Orleans PoBoy (traditional New Orleans sandwich/bunwich) — here, their specialty is a Fried shrimp PoBoy.

Our captain Justin, a knowledgeable local, headed us out at a slow pace. The first part of the tour was all about the ecology of Bayou Segnette, which is fascinating as it has both swamp and marsh wetlands.

What’s the difference? A swamp is a forested wetland considered to be a transition zone — mainly cypress trees hanging with Spanish moss and Tupelo trees. A marsh, on the other hand, is full of grasses, marshes, and reeds.

We had our first glimpses of alligators, half concealed in the mud. Plus, we watched a heron snatch a fish from the water and fly away with it firmly clutched for lunch. Then, we picked up the pace, so to speak, doing a few spins and turns that had the kids squealing and the guys grinning.

That brought us to a stop alongside two other airboats. It didn’t take us long to see the alligator one of the guides had grabbed out of the mud for a close-up look. Since alligators move very little until the temperatures hit the 80s and higher, it was safe for visitors to hold the youngster while following the guide’s directions. I, of course, had to take a turn!

What About Mardi Gras in New Orleans? 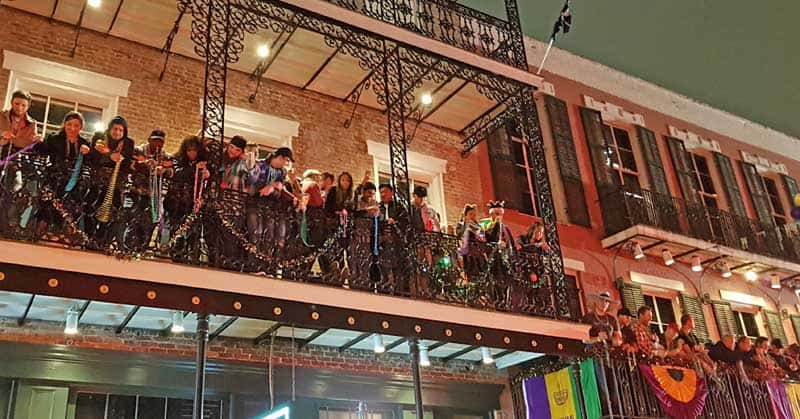 People throwing beads from the balconies on Bourbon Street.

One of the main reasons that New Orleans is a perfect weekend getaway in January and February is that it has a steady stream of parades that start with the new year. We’ve visited at different times during the build-up to Mardi Gras day (Fat Tuesday or Shrove Tuesday), finding the Monday night definitely had the most people out in the French Quarter.

However, our visit the last weekend before Mardi Gras day was our favorite, and it was easier to find hotels close to the French Quarter.

Of course, no matter when you visit New Orleans, an evening visit to Bourbon Street in the heart of the French Quarter is a must-do. The old world charm of buildings still standing from the 1700s, added to the verandas and bright colors of the colonial architecture of the Caribbean, makes every block fascinating. Even if you’re not a fan of ghost stories, make sure to take one of the ghost tours just to get some insider information on the “juicier” history of the Quarter.

The closer you get to Mardi Gras day, the busier you’ll find the streets. Mimes, minstrels and magicians will entertain you with their costumes and performances, making it feel a bit like you’ve fallen into the rabbit hole after Alice in Wonderland. In total, the French Quarter covers 78 square blocks, so you never know what you’ll find!

Travel Tip: Evenings on Bourbon Street are definitely for the grown-ups. However, they’re not quite the girls-gone-wild scenes you see in Hollywood movies. Sure, visitors line up in the streets to catch the beads thrown over the iron railings of second floor buildings along the Quarter, but it’s all about the fun!

What are the Best Things to Do on a New Orleans Weekend Getaway? 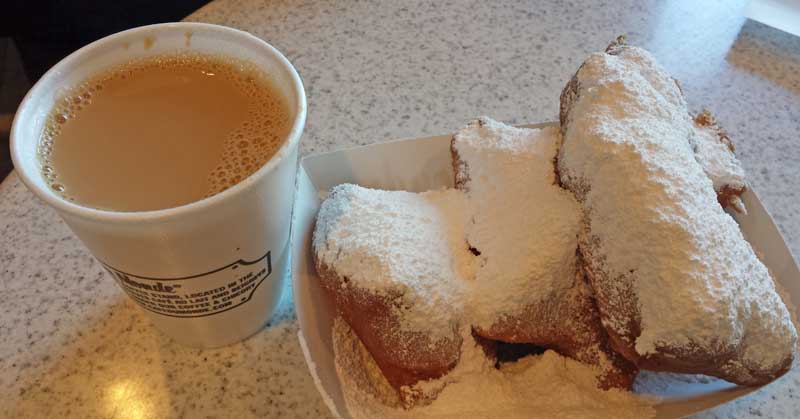 While the French Quarter is the most popular entertainment area in New Orleans, there are plenty of other things to do.

The Audubon Nature Institute and Audubon Insectarium are great attractions to get some background on Louisiana. If you’ve never visited an Insectarium, be prepared to be amazed. There’s a lot more to bugs than you ever realized! You can also visit the Audubon Zoo, which has over 2000 animals.

If you enjoy strolling through beautiful neighborhoods, check out the Garden District. You’ll find southern architecture and a number of houses open for touring. There are also a number of different guided tours that provide lots of details on the history of the area and its stories.

Travel Tip: Café du Monde, one of New Orleans’ most famous eating spots, was established as a coffee stand in 1862. You can sample their traditional Café au lait and beignets in various locations. Our favorite? The Outlet Collection at Riverwalk (close to the Audubon Nature Institute), where you can shop ’til you drop, then watch them make the beignets through a glass window.

Like most cities, New Orleans also has a number of museums. If you’re interested in the military, check out The National WWII Museum. If Mardi Gras costumes fascinate you, visit the Backstreet Cultural Museum, which has the city’s largest collection. And for something a little bit different, try the New Orleans Pharmacy Museum. There, you’ll find 18th and 19th century medical and pharmaceutical artifacts. 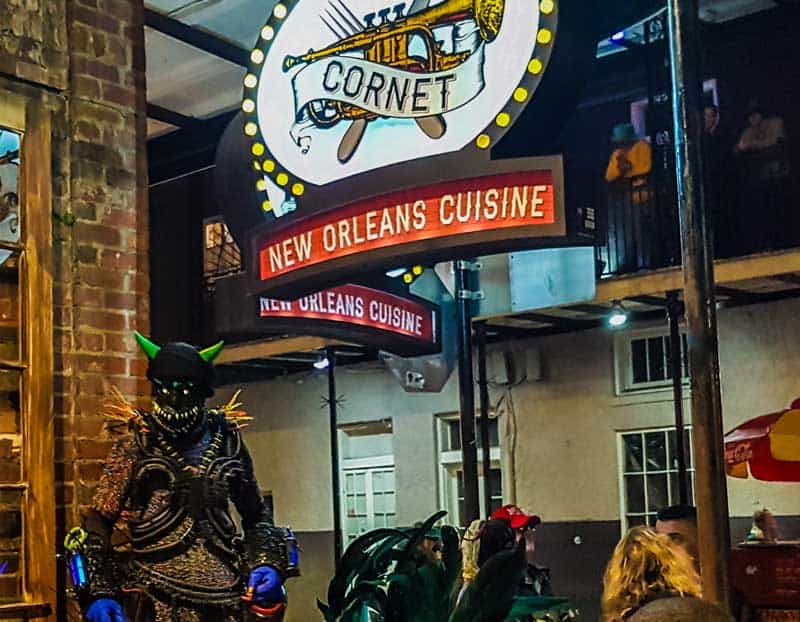 The New Orleans Louis Armstrong International Airport is an easy one to fly into. While it’s not large, it’s busy with lots of flight options especially leading up to Mardi Gras. We had lots of choices for car rental right from the airport as well.

When it comes to places to stay, you have two choices. Personally, we suggest you choose a hotel on the parade route, near or in the French Quarter, if you enjoy nightlife and really want to experience New Orleans. We stayed at the historic Pelham Hotel, which we enjoyed although it was a 10-minute walk to Bourbon Street. If you want to stay right in the Quarter, try the French Quarter Mansion Boutique Hotel or Bourbon Orleans Hotel.

Travel Tip: New Orleans has a great Uber service and taxi service. However, rates go up significantly on Ubers (but not taxis) as the night goes on and more people are heading home. If your hotel is near the airport, the taxi rates are written in stone, so you may want to consider that when choosing a hotel. We took an Uber to Bourbon Street and a taxi home to maximize savings.

Your other option is to choose a hotel closer to some of the other attractions in New Orleans, rather than the French Quarter. We chose one near the airport, as it was easy to navigate from. You’ll find something to suit every budget in various spots around the city.

We received free tickets to visit the Audubon Nature Institute on our New Orleans weekend. As always, we retain editorial freedom for articles we write after visiting, so we’ve included our honest comments and recommendations. Our swamp tour with Cajun Pride was funded by Visit Baton Rouge Tourism and the Cajun Critters tour was hosted by the state of Louisiana.

More Places to Visit in Louisiana

10 Things to Do on a Weekend Getaway in Lake Charles, Louisiana

Check out these 10 top things to do when you take a weekend getaway to Lake Charles, Louisiana – Mardi Gras to nature trail to naval museum.

The photo in the header above was taken outside New Orleans, Louisiana, USA, on a Cajun Critters Swamp Tour by Linda Aksomitis. Check out the Spanish Moss on the trees! 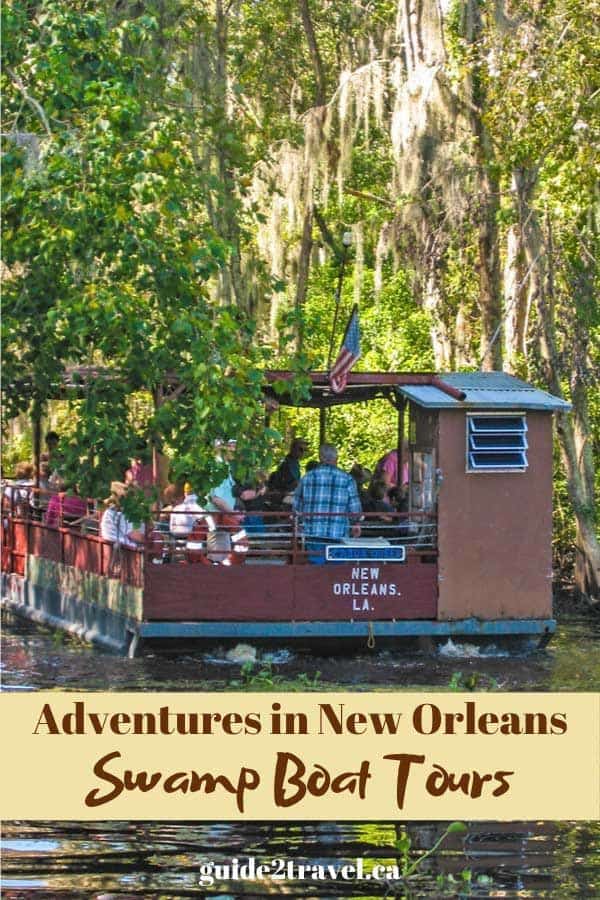 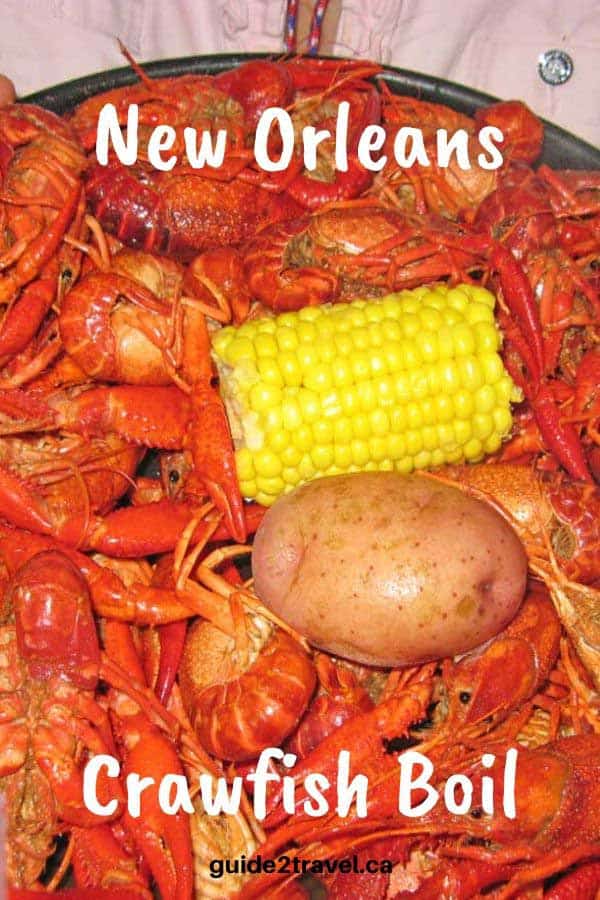