So Many Things To See and Do in Azerbaijan!

Azerbaijan should be in the top 10 countries to visit for any lover of architecture and colour. It is a country choc-full of stories and adventures, which are attracting growing numbers of visitors.

Bordering the world’s largest inland sea, the Caspian Sea, and four other fascinating countries, including the equally beautiful Georgia, Azerbaijan boasts influences from the east and west and is packed with historical sites and intriguing history.

Take A Trip On The Funicular 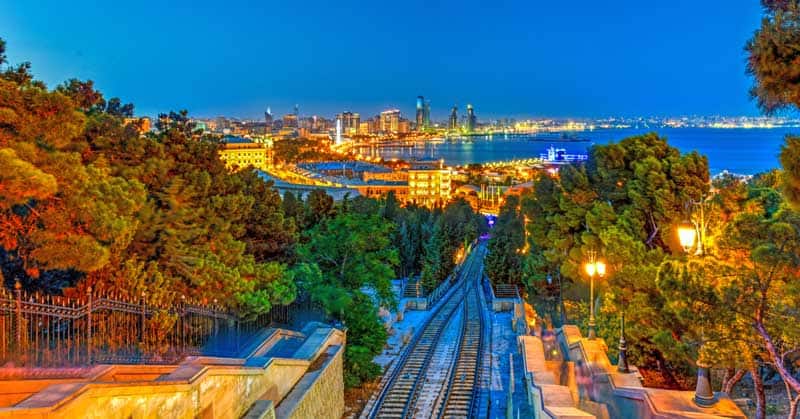 Baku Funicular with a view of the city skyline at night in Azerbaijan. — Photo by demerzel21

Baku, the nation’s capital, has a couple of novel ways to navigate the city and explore its splendour. First, travel up above the city’s rooftops on the funicular to take in views of the growing metropolis and glistening water. A sight that could rival Hong Kong’s bay views. Visit at dusk to see the Flame Towers in all their glory.

This trio of towers is the city’s most prominent display of modern architecture rivalled only by the Heydar Aliyev Center. The towers dominate the city skyline, lighting up at night to represent fire.

Also at the top of the funicular, you can take a peaceful stroll along Martyr’s Alley. An elegant shrine built with a cool, light, stone that adds to the peacefulness of a space that was built to commemorate the people who died in the country’s troubled history. An estimated 15,000 people are buried at the site, including a couple who’s sad story is said to be an inspiration for true love. An eternal flame burns here for all the lives lost.

Head back down to the waterfront to experience a little bit of Italy in Baku. Just a few minute’s walk from the funicular station you will find Baku Boulevard, built more than 100 years ago as a playground for the wealthy. Here you will find “Little Venice”, a tourist attraction built in the 1960s, where you can take a relaxing gondola ride and float effortlessly along the sparkling clean canals to visit Little Venice’s islands which offer a plethora of dining choices from local to European. 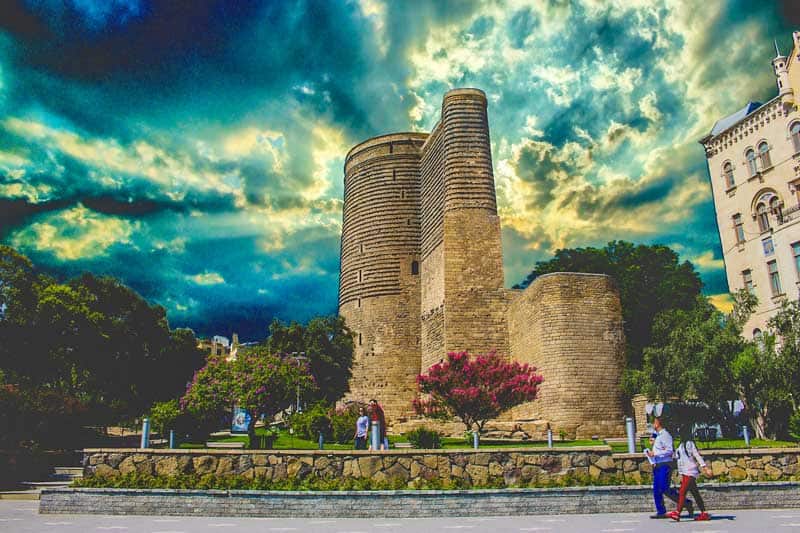 Maiden Tower in Baku, Azerbaijan. Image by Pexels from Pixabay

A little further north brings you to the Maiden Tower, a structure so mysterious that no one knows for you sure why or when it was built. The tall cylinder tower has become a stalwart of local folk history with mentions of the Maiden Tower having been worked into every conceivable art form. Despite the mysteries of its origins, the Maiden Tower became a UNESCO world heritage site at the turn of the millennium.

Another of Baku’s UNESCO protected sites is the old town or the Walled City of Baku, which the Maiden Tower joins with. Again, opinion is divided as to when the Old City was built but whether it was the 7th or 12 century, that the area has been cared for is abundantly clear.

The roads are newly cobbled, the carved balconies are kept polished and tarnish-free. The detailed carving of both stone and wood is at times breathtaking. This was a city built with skill and love. Within the walls, you get a real sense of how the city might have been with traders bustling in and out from far off lands. It is also a great place to buy some authentic souvenirs to take home.

Visit A City At The Silk Road Crossroads 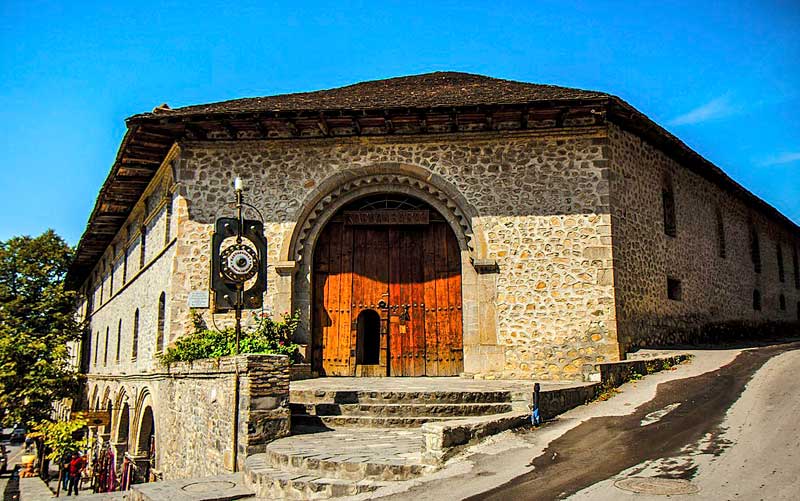 Head outside of the capital to discover more of Azerbaijan’s magnificent sites. Take a trip North West to search out Sheki City (yet another UNESCO site!). Sheki is partly built on the slopes of the Caucasus Mountain foothills, a trepidatious location that led to the city’s buildings being partly destroyed by a mudslide in the 18th century.

The influences of architectural design that you will see here are a mix from the countries that surround Azerbaijan such as Russia and Persia. No surprise then that this city lies at a crossroads of the Silk Road. A location of huge significance as traders would stop in Sheki to trade goods and swap stories, bringing great wealth and status to the city.

A stroll around this ancient city will take you to the Palace of Shaki Khans, an impressive summer residence of the Shaki Khans that displays some of the world’s best mosaic craftsmanship both internally and on the external facade. Even some of the windows are colourful stained-glass mosaic.

Up In The Hills of Azerbaijan 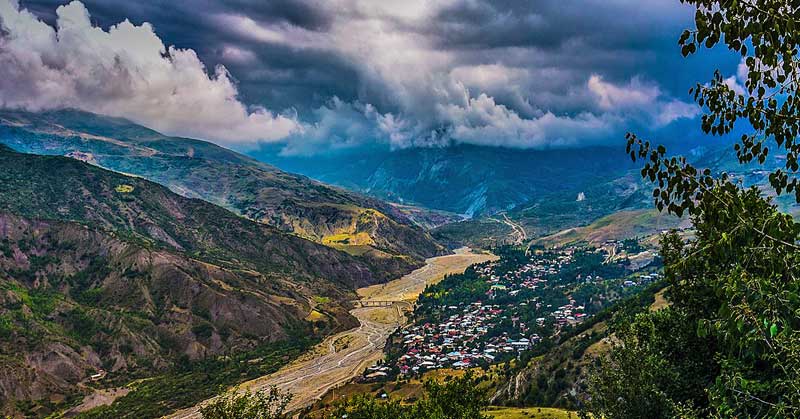 Roughly halfway between Baku and Sheki and high up in the mountains is a village called Lahic. Lahic looks like something from a fairy tale with its narrow, haphazardly paved, streets and (in comparison with some of Baku’s modern buildings) quaint houses and workshops.

In Lahic, locals still practice crafts that have been passed down through generations. Crafts that their forefathers would have created for trade on the Silk Road. Copper and stone are popular mediums and if you stand and listen quietly you will hear a never-ceasing “tap-tapping” coming from their workbenches as they toil at their work.

Lahic is the ideal spot if you are looking to get away from the distractions of modern life. Here you can breathe in the clean mountain air and enjoy green, sometimes snow-white, views of the mountains and lakes that surround this hidden gem.

Wherever you decide to in Azerbaijan you are guaranteed an experience like no other.

Ellie Coverdale, a travel writer at
Ukwritings and Boomessays, shares her writing skills and suggestions with her audience. She is interested in entrepreneurship and self-publishing, and finds different ways for writers to connect to their audiences. She is also responsible for blog editing at Essayroo.

More Places to Visit in the Caucasus Region

The photo in the header above is of Azneft square during evening hours in Baku, Azerbaijan, a country in the Caucasus Region between Asia and Europe — Photo by Elnur

Ellie Coverdale is a travel writer and editor. 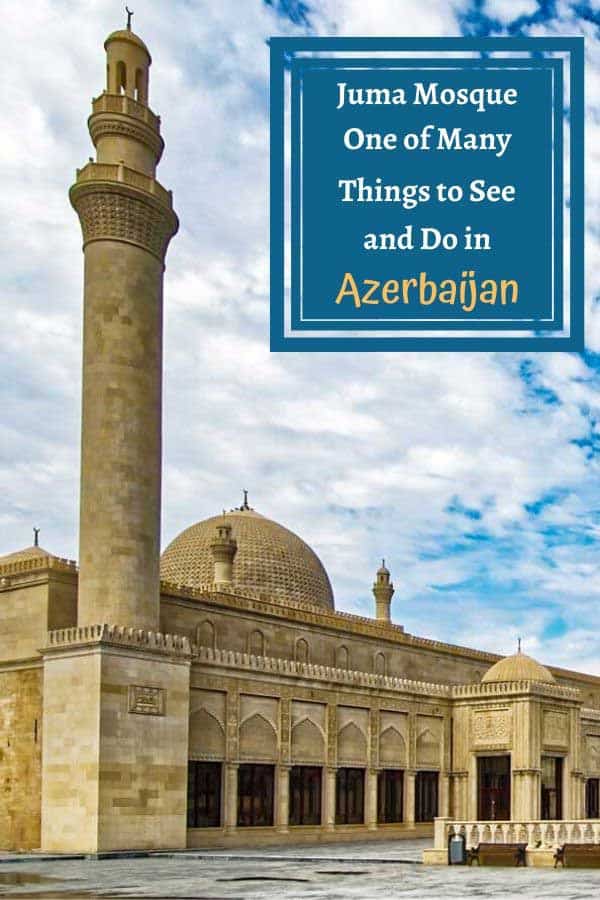 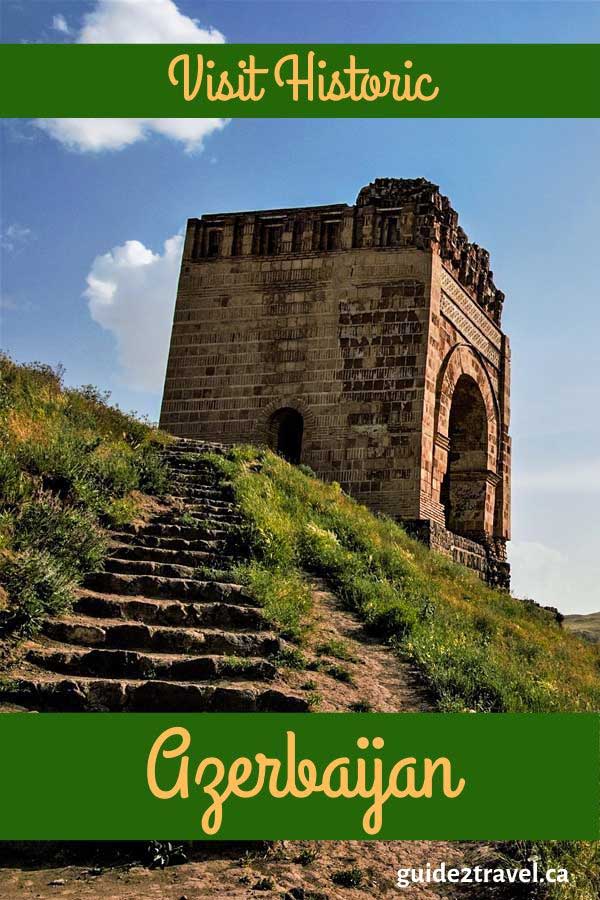 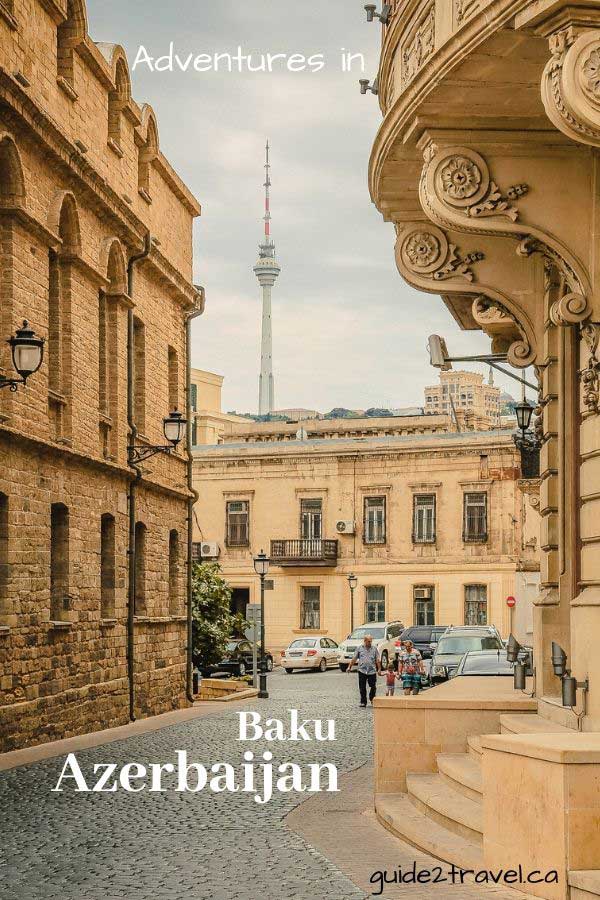