The Balkan Peninsula in Southeast Europe includes a lot of interesting countries — each of them generously endowed with unique and incredible scenery, rich history and diverse culture. What’s common to the whole region, apart from its fascinating nature and amazing heritage, is the friendliness of the locals, as well as their hospitality and warmth.

Among a wealth of options for any traveler’s taste, here are the top gems for you to discover. 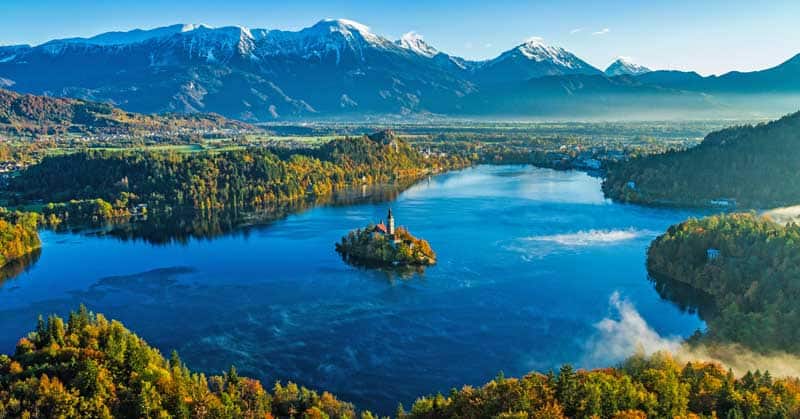 Church on a lake in the mountains – Bled, Slovenia. Photo by Neven Krcmarek on Unsplash

One of the most beautiful lakes in the whole of Europe, Bled is a perfect spot for a romantic getaway and one of the preferred locations for an unforgettable wedding in the Balkans.

Emerging from the Alps, Bled is definitely the most picturesque location in Slovenia, with all the ingredients needed for a fairytale trip – a 1000 years old castle, Our Lady of The Lake Church where you can ring the wishing bell, an island in the middle of the lake, and many hidden swimming spots.

You can make your trip more active by renting a rowboat to visit the island, or taking a trail to Mala Osojnica, for a breathtaking, aerial view of the lake.
One of the best-known gastronomic pleasures in this area is the Bled Cream Cake, so don’t leave before tasting it.

Bled is located only 35 km from the international airport of Ljubljana, and 55 km from Ljubljana, a most wonderful East European city, so you can easily visit both locations. 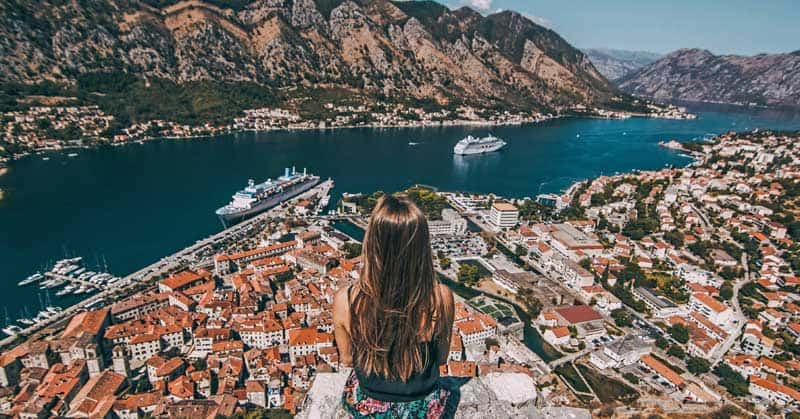 Kotor, Montenegro in the Balkans. Photo by Alexandr Bormotin on Unsplash

The city of Kotor, located in the Boka Kotorska Bay, is a truly gorgeous Adriatic gem. The city is a well-preserved World Heritage Site dating back to the Venetian days. Walking through the winding marble streets of this fortified city, with old stone houses and squares feels like taking a step back in time.

There are several Romanesque churches you can visit during your stay, and the whole town is filled with historic monuments and medieval architecture. Make sure you climb to the Fortress of San Giovanni while you’re there for some spectacular vistas of the city and the Bay of Kotor in the Balkans.

It’s an hour-long hike, which can be a bit tiring during hot summer days. The sights are well worth it, just make sure to prepare for hiking in hot weather.

A trip to Kotor wouldn’t be complete, at least for a cat lover like me, without paying a visit to the Cat Museum. Kotor is full of friendly cats waiting for tourists to pet them, and for the price of 1 euro, you’ll get a chance to see both cat-themed artwork and witness the affection they bring out in people. 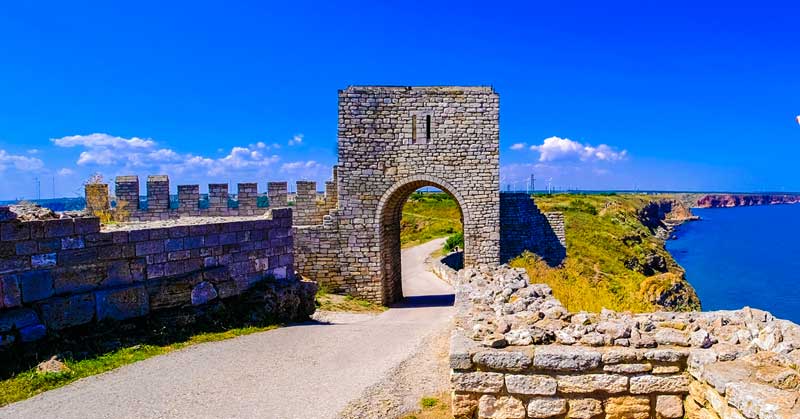 This ancient Thracian settlement is now a Black Sea Port.

Even though it’s best known for the nightclubs and bars, this place in Bulgaria has a lot to offer to people of all ages and tastes. Starting with the Roman baths dating back to the 2nd century, which are the largest Toman thermae to survive in Europe, to the strange natural phenomena such as the Stone Forest and The Wonderful Rocks, Kavarna will definitely leave you speechless. If you’d like to experience a blast from the socialist past, visit the Retro Museum.

One of the most beautiful golf clubs -Thracian Cliffs is located near Kavarna, so if you’re a golf aficionado, you’ll definitely enjoy the course which offers stunning views of the rugged cliffs surrounded by the blue water of the Black Sea. 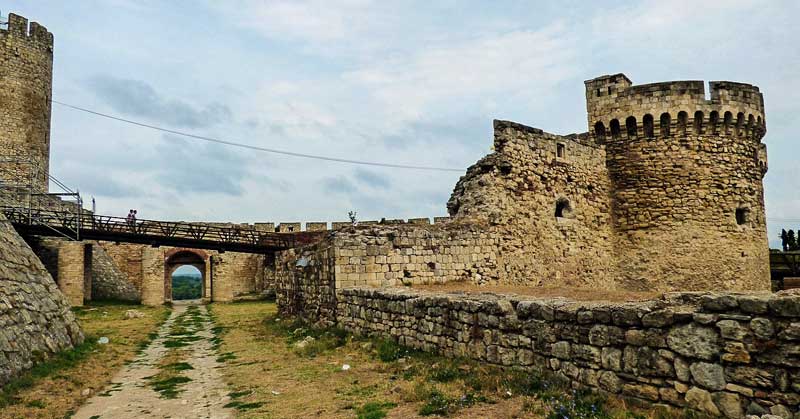 If you’re looking for a vibrant nightlife and want to experience a truly eclectic synergy of the Ottoman relics, socialist architecture and remainings of the Habsburg legacy, the Serbian capital is going to fulfill all your expectations.

Belgrade has a lot to offer to a tourist, starting from the Belgrade fortress, whose fortification began in Celtic times, later continued by the Romans, and completed in the 18th century by Austro-Hungarian and Turkish forces.

Another cultural and historical must-visit spot is the Museum of Yugoslavia, where the invaluable collection of 200,000 artifacts from the turbulent Yugoslavian history is stored. The Mausoleum of Marshal Tito is also located on these grounds.

While Belgrade has numerous cultural and historical sights worth visiting, the city is effervescent- you can choose from many entertainment and art scene events  on daily basis, or just enjoy walking through the streets and trying out local Serbian cuisine, such as Cevapcici – a grilled dish made out of minced meat similar to kebab, kajmak – unripened cheese similar to clotted cream, or  sarma – cabbage rolls with minced meat. 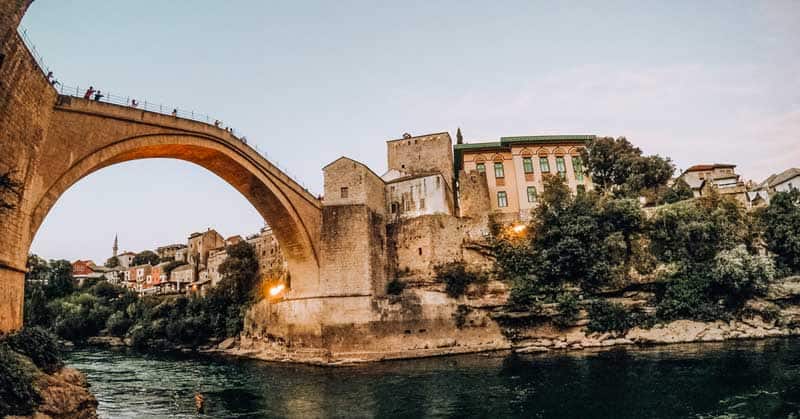 Mostar is one of the major cultural attractions in Bosnia and Herzegovina in the Balkans.

This city is the best know for the Old Bridge over the Neretva River. The Old Bridge was built in 1558, by the Ottomans, and was a real architectural wonder, but was mostly destroyed during the war conflicts during the 1990s. It was recently reconstructed, with the help of UNESCO, as well as the Old City of Mostar.

Take a stroll down the streets of this multicultural town, and enjoy the specialties of local cuisine such as burek, bosanski lonac, and tufahije. 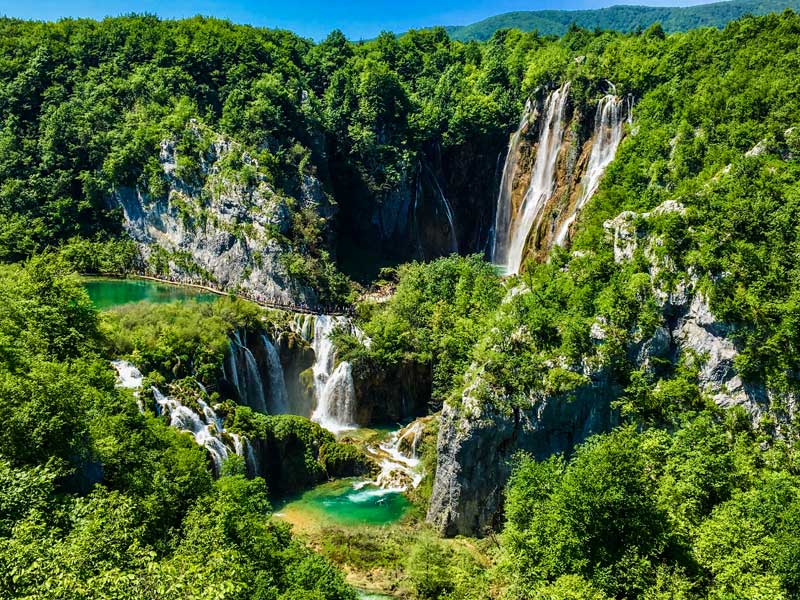 Plitvice Lakes, Croatia. The river Plitvica reaches the Plitvice lake chain at the northern end via the Large Waterfall.  Photo by Agnieszka M on Unsplash.

Plitvice Lakes is the biggest national park in Croatia, protected by UNESCO as the World Heritage Site.

This is a 295 square km forest reserve with a series of 16 interconnected lakes extended to the limestone canyon, joined by waterfalls. The colors of the water are constantly changing from striking green to sparkling blue, depending on the mineral content, light, and algae.

This destination becomes increasingly popular during the summer months in the Balkans. Make sure you avoid the crowd so you can enjoy the wonders of nature all by yourself. 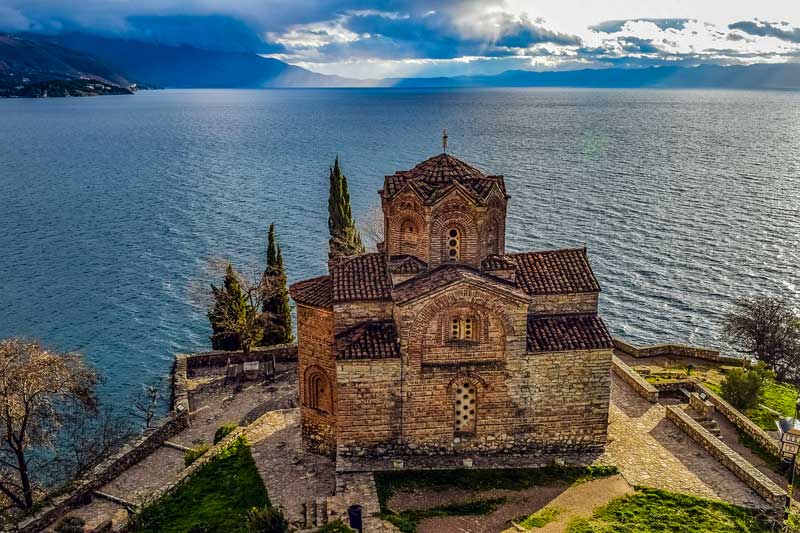 Known for its amazing beauty, Lake Ohrid is also important as a natural reserve in the Balkans.

It is one of the deepest and oldest lakes in this part of the world, and home to more than 200 endemic species.  Still and clear waters of Ohrid are surrounded by the captivating mountains, which attract visitors from all over the world.

Walking through the cobbled streets of the old town of Ohrid, with its recognizable architecture, lakefront bars, and beaches, will surely make your Balkan experience unforgettable.

Now that you learned more about the true gems hidden in plain sight in the Balkans,  prepare yourself for the long vacation and get ready to explore.

Wherever you visit in Bulgaria, you’ll find the locals friendly and welcoming. Select your holiday from the beaches of Kavarna to the history of Nessebar and Belogradchik.

Discover a Surprising Array of Attractions and Activities in Monaco

Monaco may only be 2 sq km in size, but it has a lot for visitors. Try everything from driving supercars and watching F1 racing, to visiting the palace of wealthy royals.

The photo in the header above is of Mala Tepa 16, Mostar 88000, Bosnia and Herzegovina, Mostar Bridge, in Southeast Europe. Photo by Joshual Balzani on Unsplash.

This article was written by Nina Simons, an Australia based blogger. 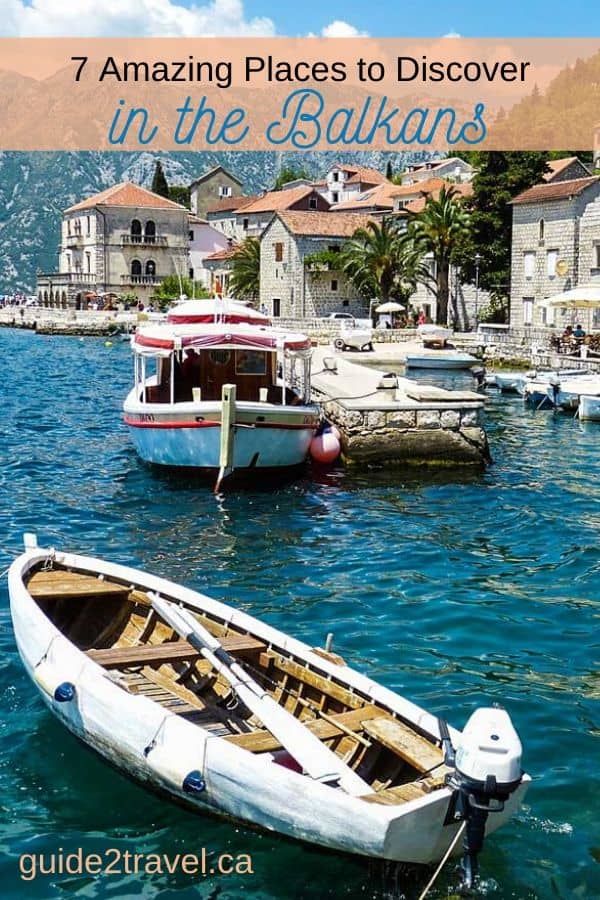 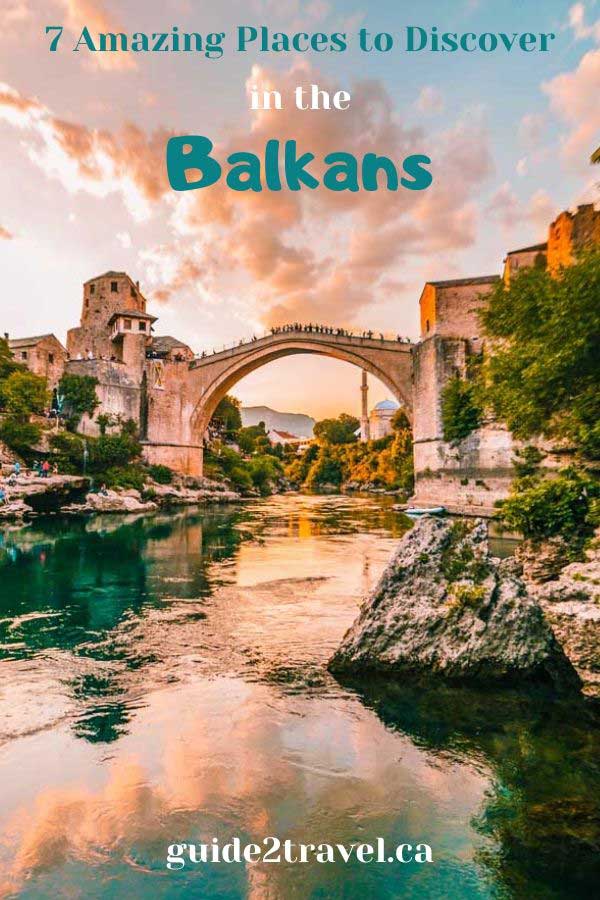 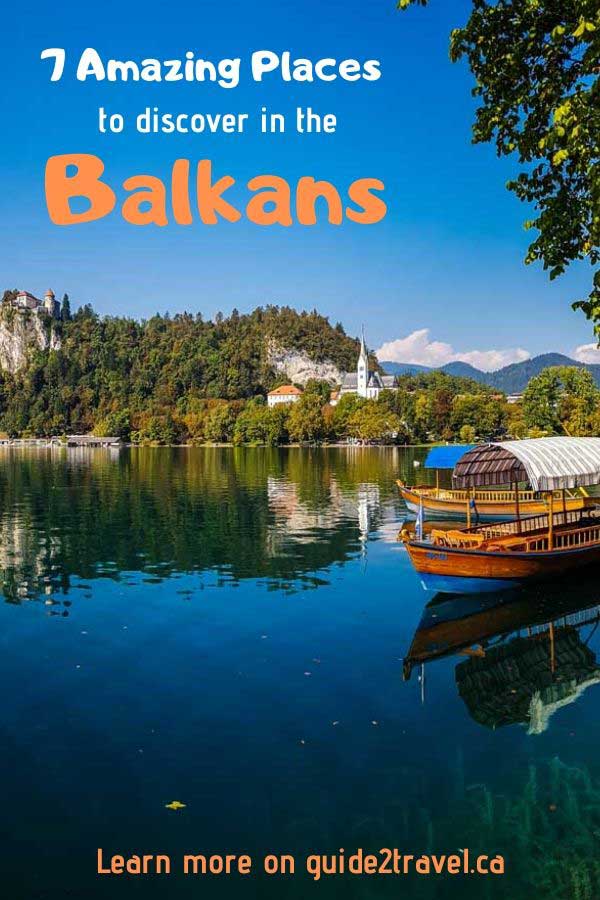