See the Astonishing Underwater World From an Atlantis Submarine

...travel adventures with a twist of history Latest ArticlesAdventures
;
Not many adventures can top exploring the ocean floor, although few of us ever dream we’ll get the chance! While scuba divers regularly look around 100+ feet below the surface, they need special gear, training, and to be able to swim 200+ yards, plus tread water or float for at least 10 minutes. However, for those of us who aren’t water babies, passenger submarines are there to give us those amazing glimpses into the underwater world. Uber even launched the first underwater rideshare service in 2019 on the Great Barrier Reef!

Submarines From the 1600s to Today 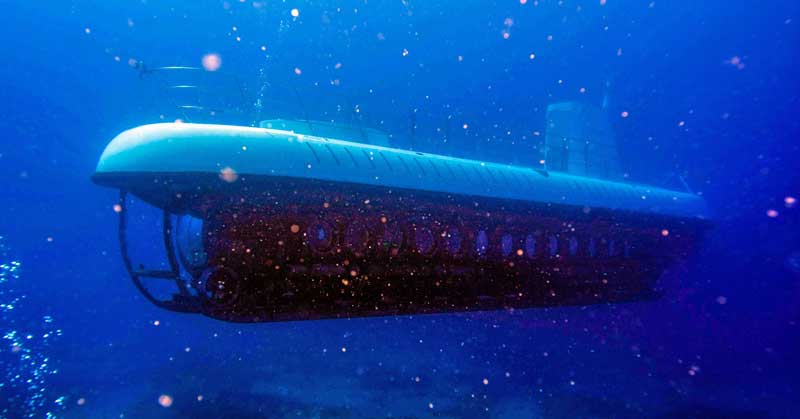 Inventors patented a variety of submarine ideas in the late-1600s, however, it wasn’t until military uses were identified that development got serious. Indeed, Turtle, a single-person sub used during the American Revolution in 1775 on the Hudson River, marked a giant leap forward. Turtle wasn’t successful at sinking any British ships, but since then submarines have become key in defending our waters.

It took another couple of centuries, though, before Dennis Hurd developed the world’s first passenger submarine. In 1986 his sub, Atlantis I, took the first group of adventurous visitors down in the Cayman Islands, British West Indies. 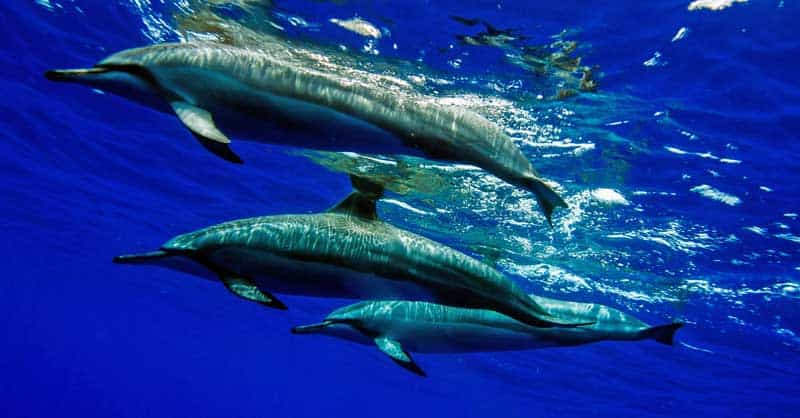 Beautiful creatures of the deep! Photo by Atlantis Adventures.

Of course, there are some design differences between military subs we see in movies. There, the submarine has also had a long-standing popularity as a sub-genre of war films starting as far back as the early 20th century. My favorite? The 1990 movie, The Hunt for Red October, set in the Cold War era.

Today’s submarines are pretty amazing, which we discovered on a trip down the United States east coast. We were lucky enough to watch a nuclear submarine go out to sea while we were on a Harbor Cruise in Hampton, Virginia. Our ship guide, who had been in the navy, shared all kinds of fascinating details about the sub, including the fact that it can remain underwater for 25 years with nuclear power. Now, that’s a long time to be down under! 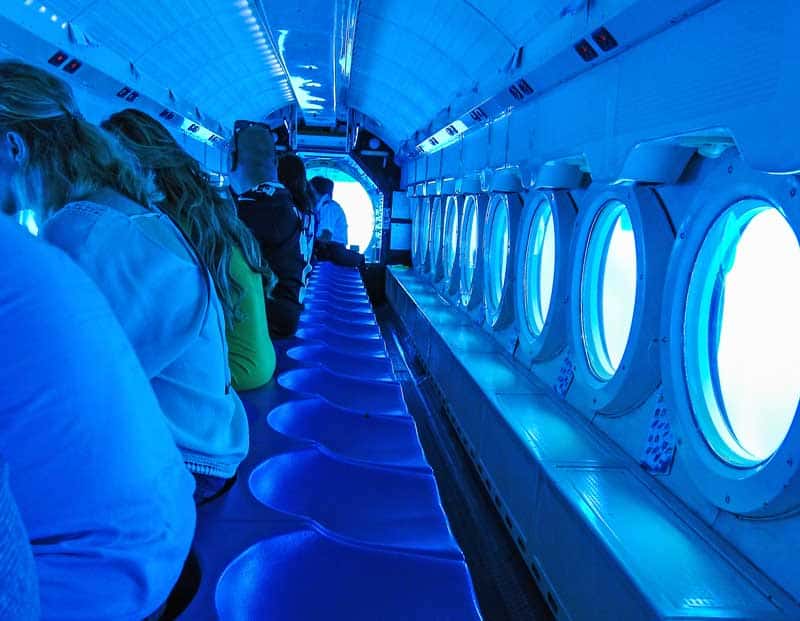 Inside the Atlantis passenger submarine in Hawaii. Photo by Linda Aksomitis.

If you’ve ever walked through a submarine, like the USS Drum in Mobile, Alabama’s Battleship Memorial Park that we visited, you know how full that English cucumber shaped boat (subs are typically called boats not ships) is when you walk from end to end. Passenger submarines are different. They have a row of back-to-back seats down the middle, so that visitors can look out the windows on both sides. Navy submarines, of course, don’t even have windows but must use periscopes to see what’s happening outside. 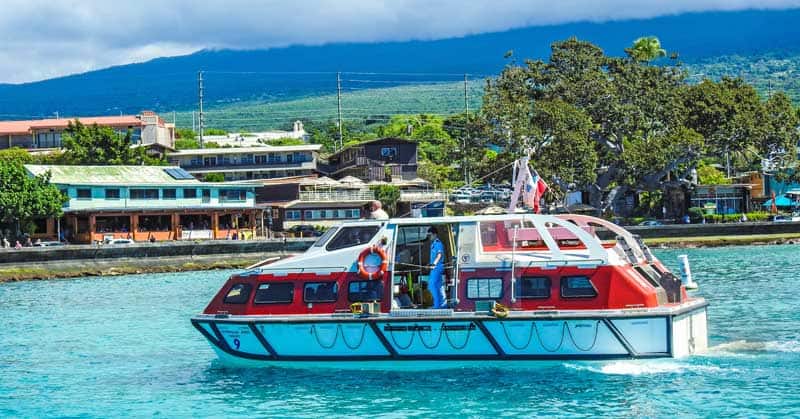 Tendering on the life boats from the cruise ship to Kailua-Kona, Hawaii. Photo by: Linda Aksomitis.

While taking a ride on a passenger submarine had been high on my list of would-like-to-do things on our cruise around Hawaii, I hadn’t reserved tickets. So, when we tendered from the Norwegian Jewel at our first stop on the Big Island, we were pleased to find no line-ups at the Atlantis Submarine experience. Back in 1985, four years after the West Edmonton Mall opened in nearby Alberta, they operated an underwater tour with four “subs.” However, the subs followed a track through a man-made lake, so we skipped taking them due to a lack of realism.

The Atlantis adventures in Hawaii, however, are the real deal. Our ride, on the Big Island, dropped down 105 feet into the Pacific Ocean with all the natural underwater experiences we were looking for!  Currently, Atlantis operate undersea tours at Waikiki, Maui, and Kona in Hawaii, as well as in Aruba, Barbados, Cozumel, Guam. 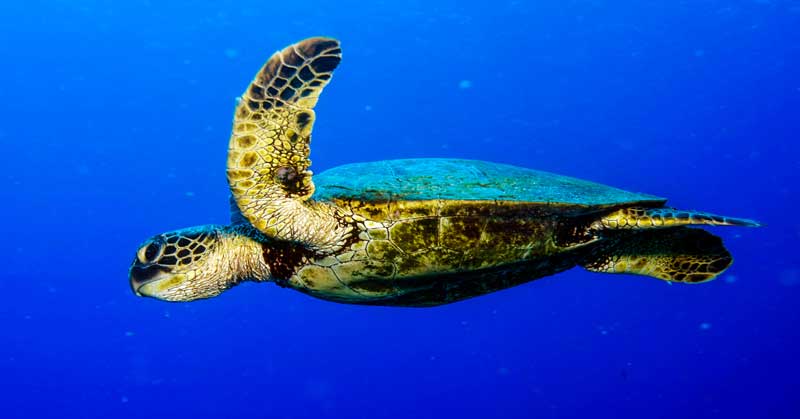 Our tour group was a small one, so it didn’t take long to get out onto the Atlantis and climb down into the boat’s interior. While I was a little worried that the two youngsters in the group might panic or get claustrophobic as we dropped, they loved the adventure. Indeed, as we slowly dropped through the water, everybody seemed glued to the windows, oblivious to the world inside Atlantis.

Outside, it was amazing as we watched sea creatures moving through the water. A giant sea turtle came into view and quickly disappeared. Unlike land turtles, sea turtles have flippers and a hydrodynamic shape that make them more akin to the rabbit than the turtle in the old fable about the Hare & the Tortoise. 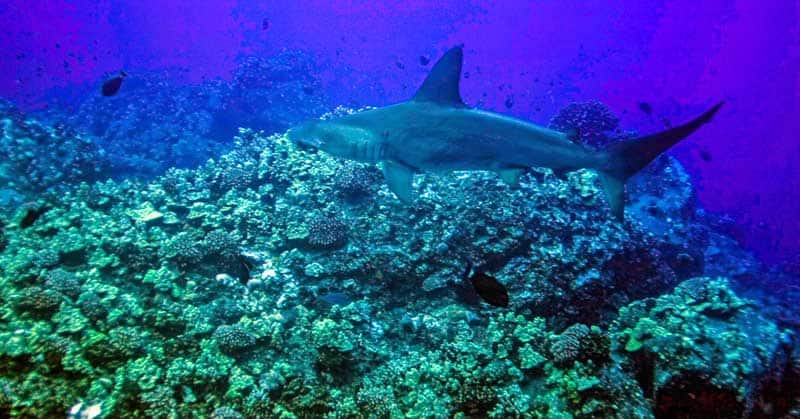 The 45-minute tour on board the Atlantis explores a 25-acre natural coral reef. While I’d seen a coral reef while snorkeling in the Dominican, it was David’s first up-close view—and like the other passengers he was mesmerized. Schools of assorted species of brightly colored small fish swam by, leaving us in the proverbial dust to keep exploring. 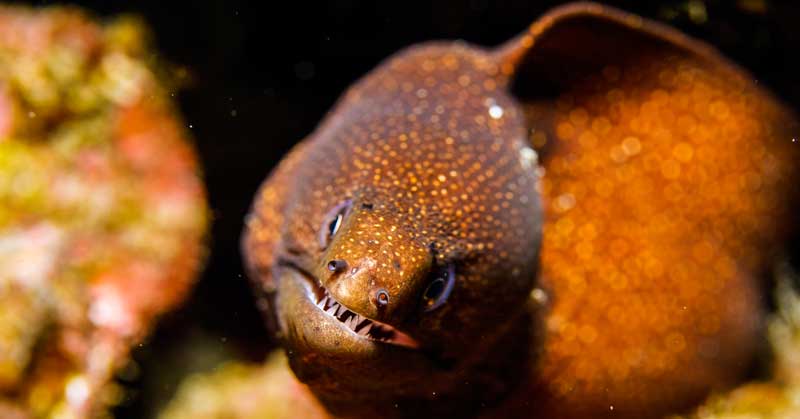 While we watched through the portholes, our tour guides told us about the underwater environment. The most fascinating stories, though, were of the shipwrecks we encountered. The first, a WWII boat, lay near various rusting pieces of metal including an anchor.

The second, boat, called the “Naked Lady,” was a little larger and newer. As you might guess, the story was about a female captain who had sailed across the ocean to Hawaii. When disaster hit her own boat, she was able to swim to a party boat where everyone had already left for the evening. Taking off her clothes to dry them out, and sampling some of the drinks still on board, she was eventually discovered sleeping there the next morning. 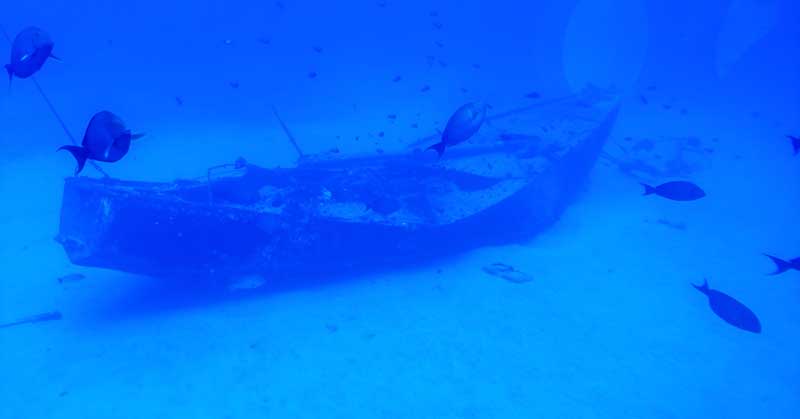 The “Naked Lady” shipwreck in the waters off Kailua-Kona, Hawaii. Photo by Linda Aksomitis.

We could have stayed down watching the marine life for hours, but of course all tours must come to an end. Rising, however, was perhaps the most amazing part of the experience! As air was forced into the ballast tanks and the water was pushed out, we began to rise as if carried up on bubbles. It was magical. 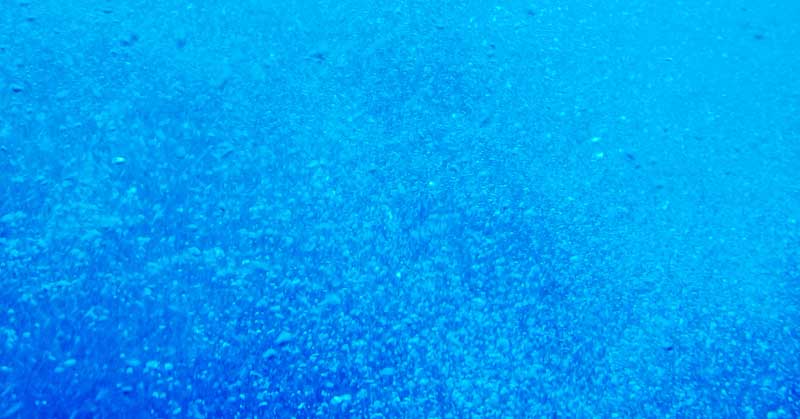 Bubbles in the water as the passenger submarine rises to the surface. Photo by David Aksomitis.

Take a Virtual Tour With Atlantis Submarines in Kona

More Things To Do in Hawaii

Giddy Up! A Kalesa Carriage Ride Over the Streets of Manila

Manila, gateway to the tropical island adventures of the Philippines, is fun to explore. Check out its historical places in a kalesa carriage ride.

Five minutes at the Saskatchewan/U.S. border and we crossed into the United States on Highway #35. The car’s thermometer read 50 degrees—we had, of course already changed from Canadian metric display to American. It’s only seven miles from the border to Fortuna, but...
Read More

So Many Things To See and Do in Azerbaijan!

Azerbaijan is a country between the east and the west in the Caucasus Region. Its UNESCO heritage sites and scenery are just some things to see and do in Azerbaijan!

The photo in the header above was taken in the waters around Kailua, Kona, Hawaii, USA, by Linda Aksomitis. It’s of the Atlantis passenger submarine as the boat captain waits for visitors to board. The cruise ship, Norwegian Jewel, is in the backdrop. 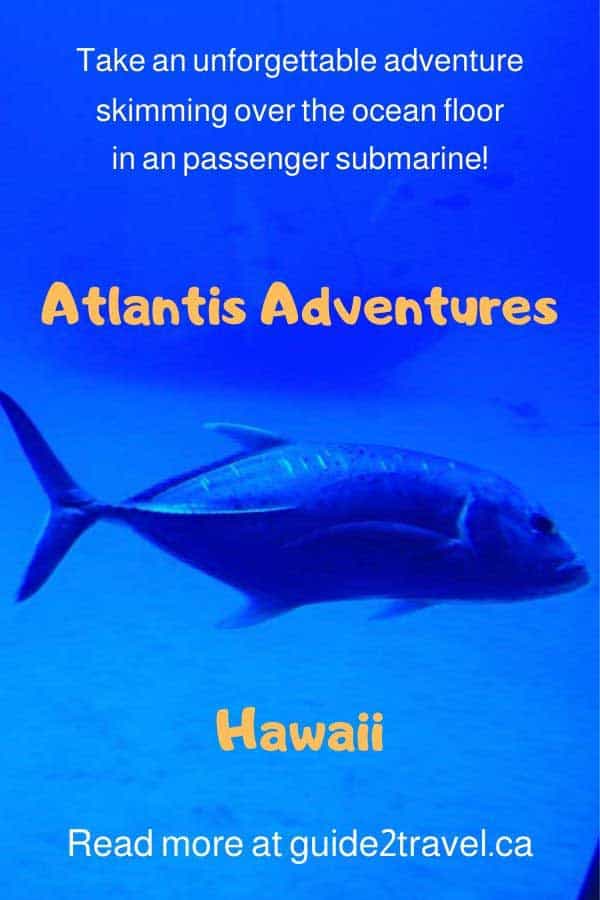 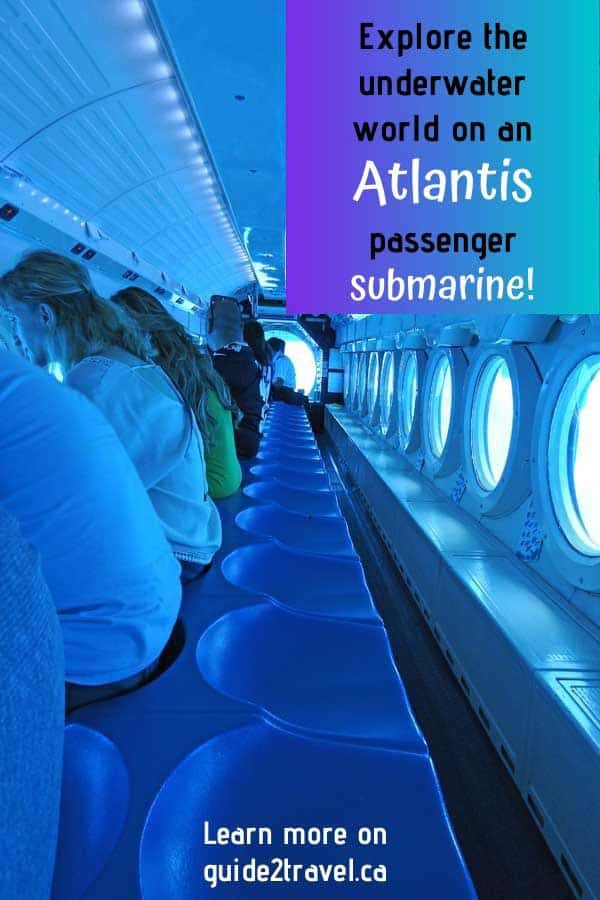 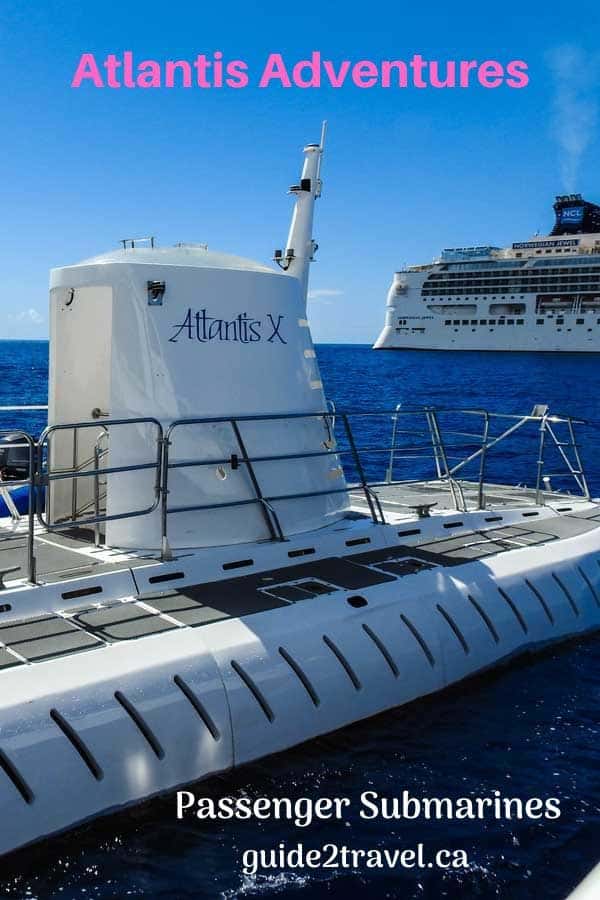