...travel adventures with a twist of history Latest ArticlesAdventures
;
The regal grandeur and industrial towns such as London, Glasgow, Scottish Highland may be the foremost choices of all the iconic towns of Great Britain. However, when it comes to planning road trips in Great Britain, all the country towns, picturesque beaches, highland valleys of Scotland, England, and Wales make it rather challenging to choose one. In addition to being a gigantic center of the world’s culture and prospering arts and sciences, it also reigns the charts constituting all the best of European travel expeditions.

Visiting Great Britain equals a short detour across the world. A visitor gets glimpses of several offshore islands, canyons, mountains, river valleys, breathtaking hikes throughout the trip, and not to forget one of the most beautiful coasts spread over 20,000 miles. The beauty of the trip doubles when instead of choosing usual methods, you opt for backpacking all your belongings on a roof rack awning and set out for your own road adventure.

Forgiving you a short glimpse of these exquisite road trips across some of the famous towns and valleys of Great Britain, here is a list showcasing 8 of the beguiling road-trip options. 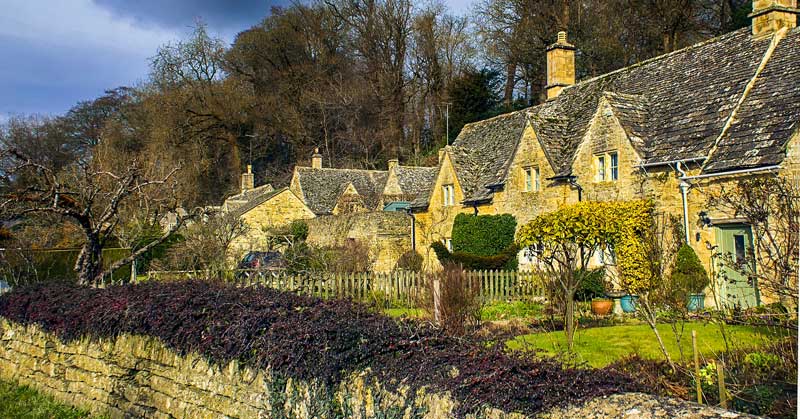 Village in Cotswolds. Image by Bilal EL-Daou from Pixabay

If country towns, village festivals, and coastal trails are your idea of an ideal road trip in Great Britain, Cotswolds has everything you seek. The winding countrysides and long stretches of peaceful ambiance pave a perfect pathway to this 70 miles long detour.

The site also has the UK’s highest streets and the majestic Broadway Tower giving an uptown view of 16 neighboring counties. You can also visit Blenheim Palace, the birthplace of Churchill, and enjoy annual village festivities full of native songs and folktales. Among other attractions, there are stone walls of Cotswolds, medieval churches, some authentic ale pubs, and other village delights. 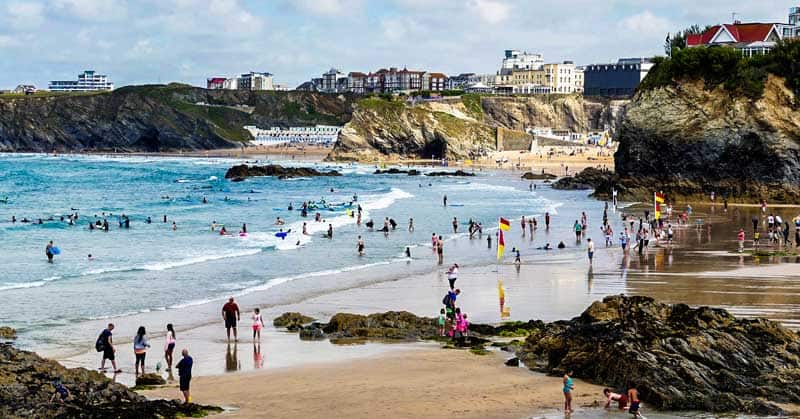 Also known as A39, the 75 miles long shoreline highway provides the best road trips across the coastline. It covers several breathtaking sceneries and places between Devon to Newquay.
The entire trip’s original beauty is that the highways allow the closest view of the shoreline areas such as Bude, Camelford, and Wadebridge.

By the road, you can also have a fair share of historical places such as King Arthur at Tintagel Castle or drink in the beauty of step beaches at Bedruthan. Furthermore, visitors can also hogg the local markets for native delicacies such as Cornish cream tea and Jam’s varieties. 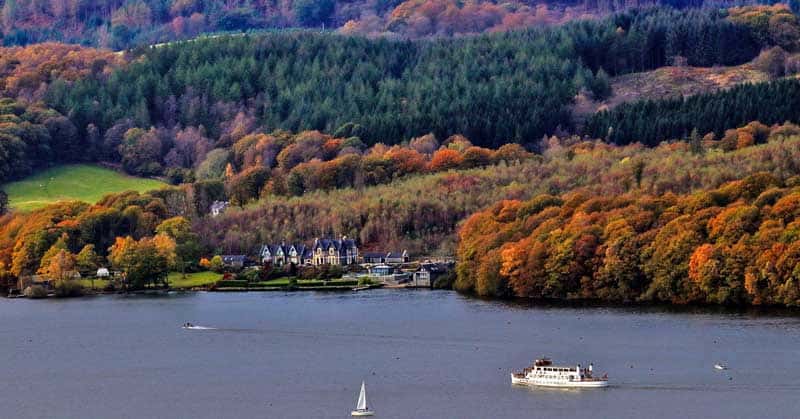 Windermere in the Lake District. Image by Emphyrio from Pixabay

The valley of Lake district has been home to some of the greatest poetical minds of all time. The hometown of Wordsworth and other significant literary figures often paints one of the best pictures of a country town.

Throughout the 30 miles detour starting from Kendal, the trip covers National Park of Windermere, William Wordsworth’s Dove Cottage, and country lake towns of Ambleside and Grasmere. It is also the British highest peak of Scafell Pike and Wastwater, the country’s deepest lake. 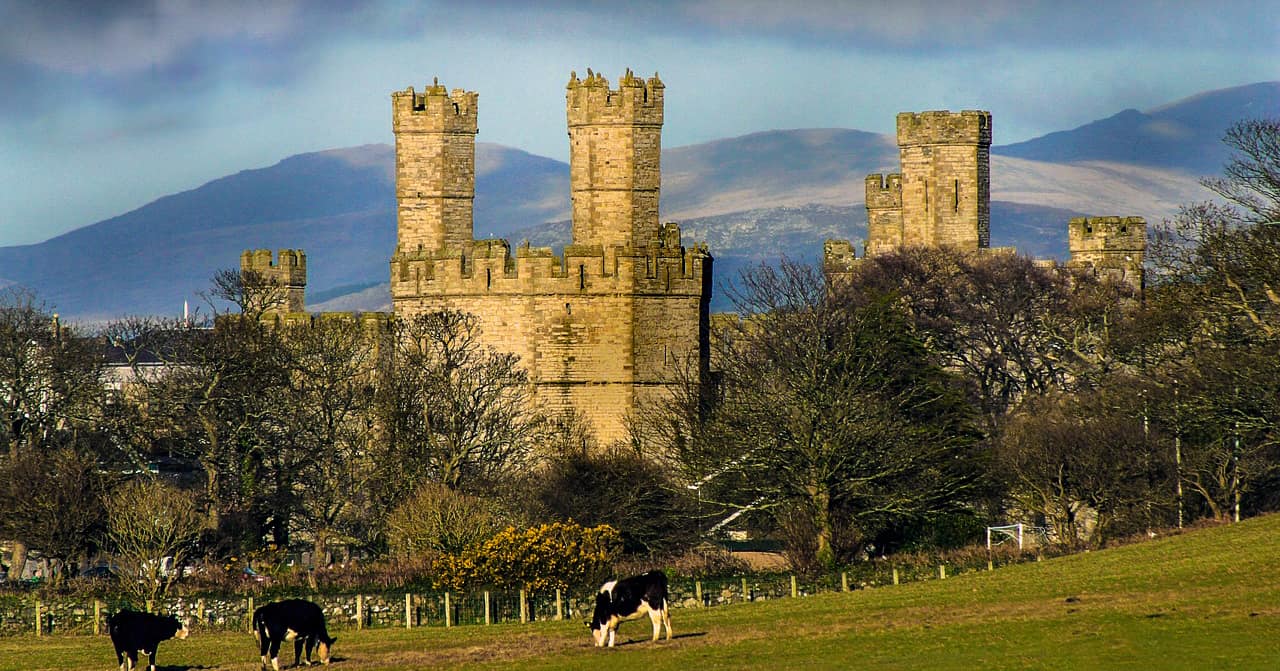 From the shores of Menai Strait to the breathtaking UNESCO protected castle of Caernarfon, this 50 miles road trip in Wales is a bounty in itself. The expedition follows the oldest trail to the wildest steps of Snowdonia National Park, one of the most beautiful parks promoting Welsh heritage and culture.

On top of it, this is one of the road trips in Great Britain that further takes you to the spectacular Isle of Anglesey, known for its beautiful crests and troughs. The train route to Snowdon is among one of the iconic train journeys listed across Europe.

The mystery of the Moors, Northshire

The dense forests of Dalby and moors of Goathland have always been the background for several British fictions. Hence, a bike ride or a short 42 miles tour of the York Moorland is a must-go option. The smooth journey starts from Helmsley to the seaside village of Staithes and gives several exhilarating bitter-sweet glimpses of the infamous Drystone walls of moors such as Grosmont. 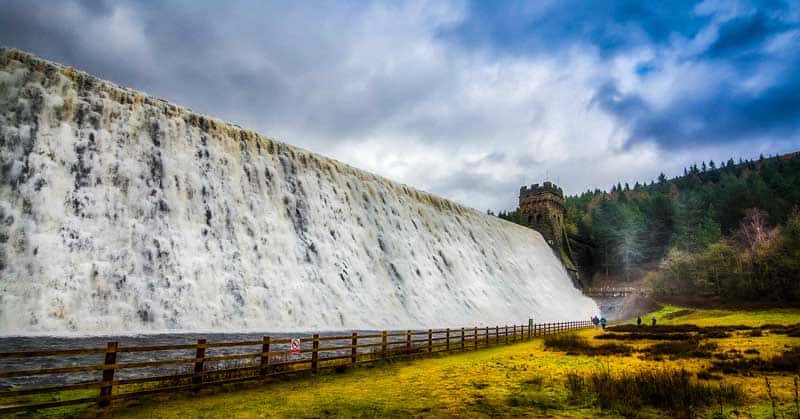 The shortest 40 miles tour of Peak District is the best National park trip among all the vacay options. There, a visitor often gets to see several beautiful twists and turns down the Manchester east and have a sneak peek into the famous Snake Pass or gothic themed places such as Alton towers. The passes here offer some of the best snow-clad mountain views during the winters.

Other tour options on this popular road trip in Great Britain include the majestic Derwent Dam treks and the underlying caves of Blue John Cavern. 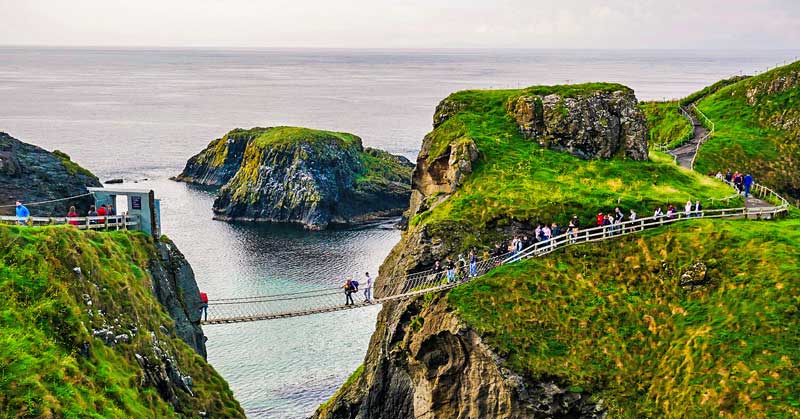 The mysterious s and legendary road trip in Ireland from Belfast to Derry is perhaps the most adventurous steep leading to the Causeway’s coast. One hundred twenty miles of Atlantic coast and Ireland’s best of castes and historically significant detours form the trip’s crux.

Landmarks such as the Giant’s Causeway, Dark Hedges, and the Glens of Antrim, Carrick-a-Rede Rope Bridge, Dunluce Castle, and others have an air of mystery containing several folklores making the trip a fantasy tour to remember. Rathlin Island is there offering calm walks down the hill and bird-watching expeditions to satisfy the nature lovers. 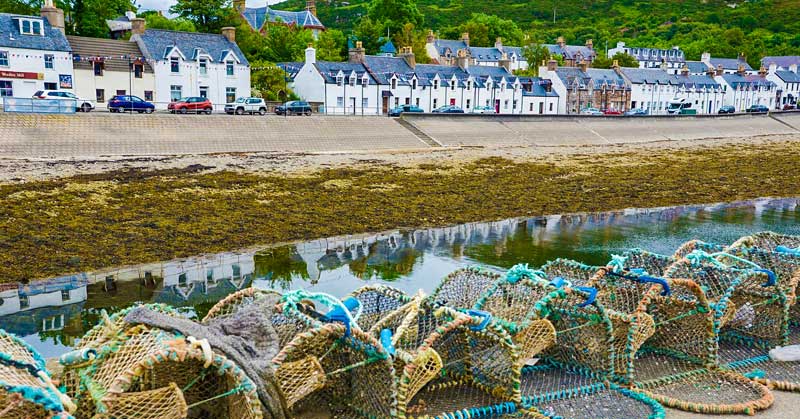 The 516 miles road trip to the North Coast through Ullapool, Durness, John O’Groats and Dornoch, guarantees a historical view of Scottish delights. It also promises a rich picture of Northern Lights, making it one of the most peculiar of all trips. Moreover, there is plenty of sightseeing and camping options down the route.

You can drive or plan a stakeout near the sandy Bay of Achmelvich, try enthralling water sports or driving games. In case you love salient walks and serene hideouts, drive your way or have a stroll around the Chanonry Point nearby where you can enjoy watching seals and dolphins too.

All these road trips in Great Britain are a storehouse of adventure as well as soul-stirring views. All these plays’ legacy goes all the way to the golden medieval times and paints a Utopian fantasy picture. An open trip to some of the most magnificent castles, cathedrals, and iconic landscapes is worth giving a shot throughout the lands of some of the most magnificent castles. .pick up your best choices and turn this dreamlike road trip into an abject reality.

More Things To See in the United Kingdom

Here are some great reasons to visit Stonehenge in England, a UNESCO Heritage site. Now, you can also visit the nearby largest prehistoric site in England!

7 Magnificent Towns in Scotland to Visit on a Road Trip

Scotland is the perfect country for a road trip for history lovers. From historic towns to medieval castles, there’s lots to see.

7 Things to Do in Dublin, Ireland

Dublin, Ireland has a rich and colorful history. Discover 7 things to do in Dublin from Kilmainham Gaol to Dublin Castle to Abbey Theatre.

A guide to Northern Ireland providing planning tips for a visit to Ireland and cities such as Belfast. See attractions from UNESCO sites to Titanic Museum.

The photo in the header above is of a riverside view in an English village in the Cotswolds, United Kingdom. Photo by 1000Words.

If you enjoyed this article, pin it to share later! 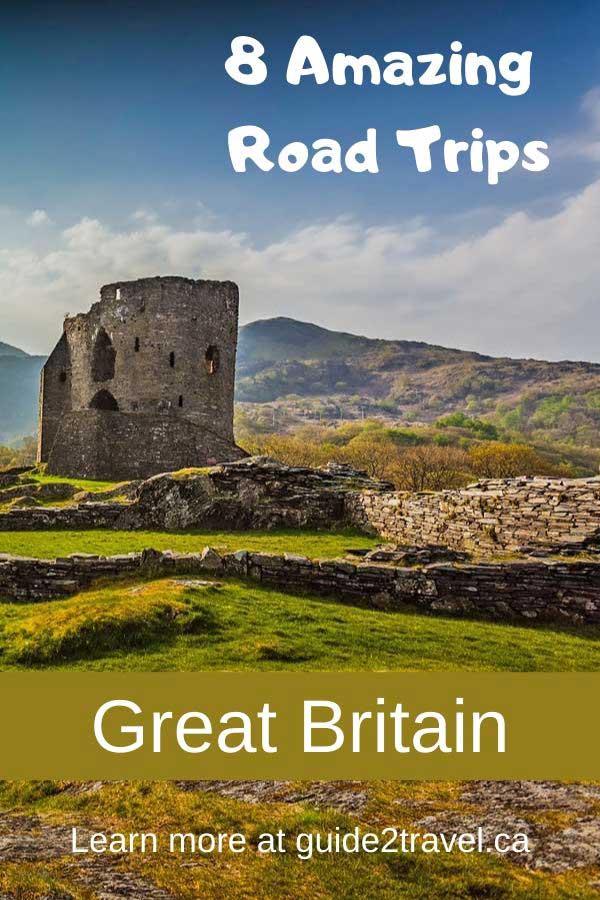 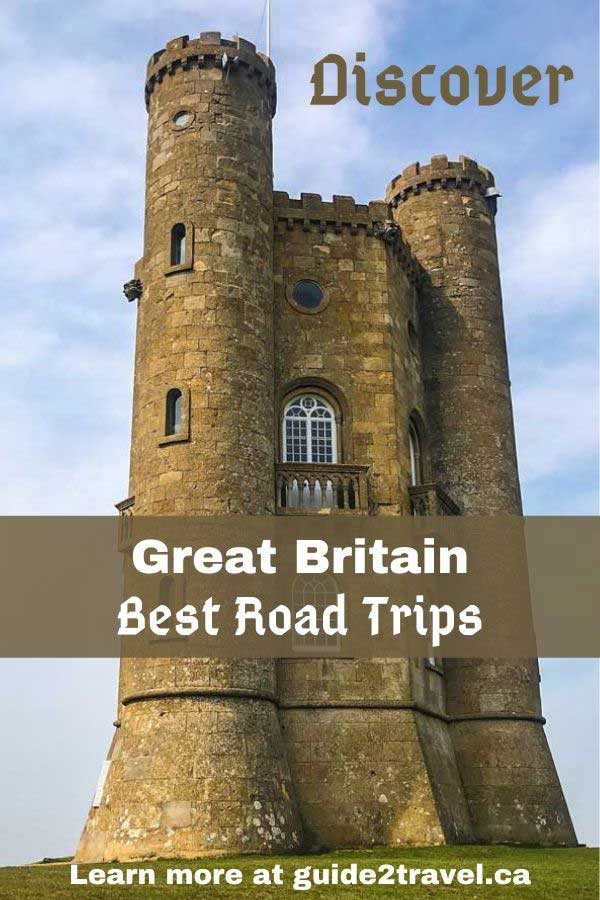 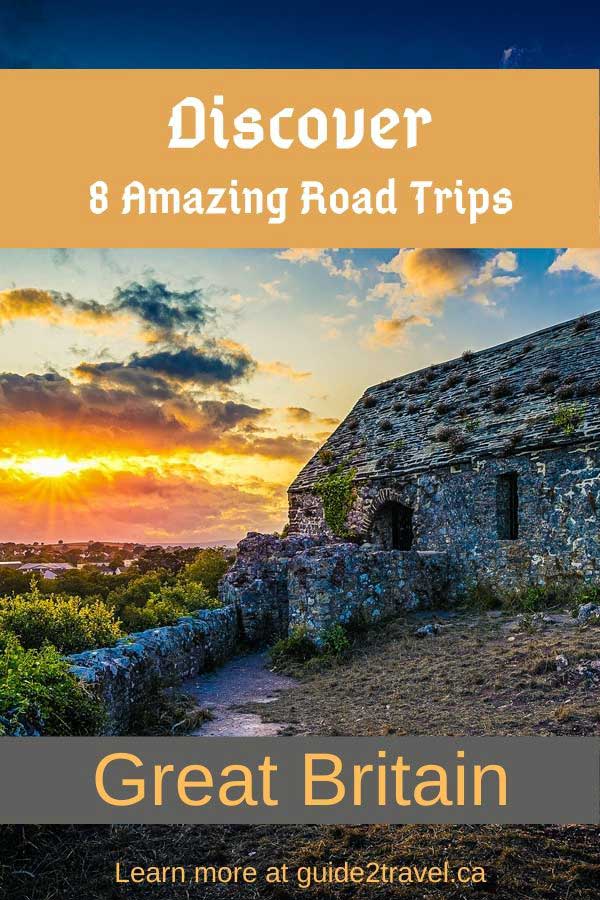