Some of the most iconic video games are based on real-world locations, from London and Manchester to New York and LA. These games feature ultra-realistic graphics so much that you can identify landmarks and tiny details such as coffee shops and street names.

In this article, we’ll look at 7 video games that capture real-world locations so impressively that you wish you could visit these places. Let’s begin.

Hong Kong at night. Image by nextvoyage from Pixabay.

Sleeping Dogs is best described as a video game for busy people. Set in Hong Kong, this cop and robbers depiction features short, action-filled missions that involve anything from street races and brawls to shootouts and everything in-between.

Like real-world Hong Kong, the city depicted in Sleeping Dogs makes the most of its limited space. Buildings are neatly organized; streets are thin but adequately connected and everyone seems to lead a busy lifestyle.

With that in mind, Sleeping Dogs is an excellent virtual tour of Hong Kong. From the skylines and beaches to restaurants and underground crime, few video games could depict the city better than Sleeping Dogs. 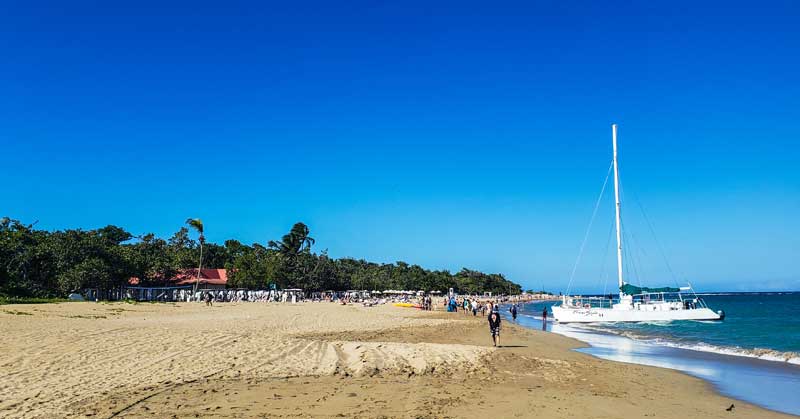 Catamaran in the Dominican Republic in the Caribbean. Photo by Linda Aksomitis.

Assassin’s Creed feels almost like a tour of the Caribbean, helping you discover hundreds of new lush islands one at a time. It takes 40 hours to complete, meaning there’s plenty of pristine scenery to view amid endless fights and shenanigans.

Unlike most video games, though, Black Flag goes beyond CGI created images of the Caribbean. It walks you through the experience of the journey by sea, whether that means winds of 100+ mph, unwavering torrents or the sun setting.

As mentioned, Assassin’s Creed is jam-packed with action and will get your sword and boots soaking with blood after every mission. But if you’re an adventurer, you can ignore the missions and explore the tremendously huge open world in the game. 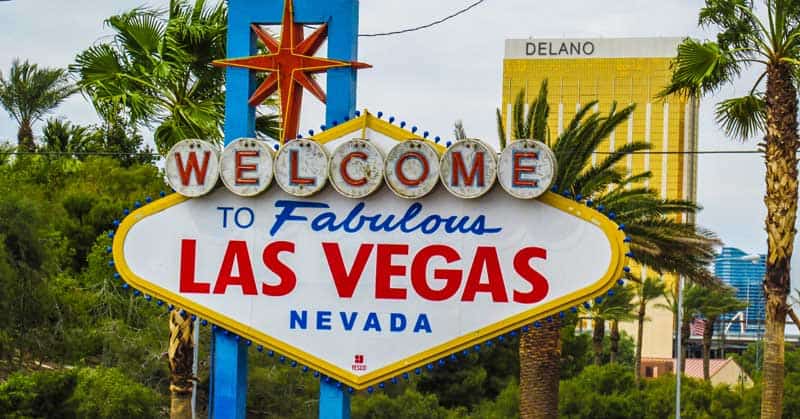 Fallout New Vegas is one of the most brutal games of the last decade. Set in a post-apocalyptic Nevada, laws don’t apply in this state. Everyone is trying to survive and you have to do the worst to remain alive.

If you want to get into the safer Nellis Air Force Base, you must bribe a guy named George with 200 bullets. And how do you get these bullets? You might have to kill a few doctors, strangers and remove one cap that somehow stuck in your skull.

Fallout Las Vegas doesn’t provide the kind of fun you would expect from Las Vegas. But luckily, no one needs to leave their house to play casino games anymore. Instead, you can play live table games such as blackjack, poker and roulette through mobile or laptop devices. Sometimes you don’t need to spend your money, at least not when you can claim free bonuses. 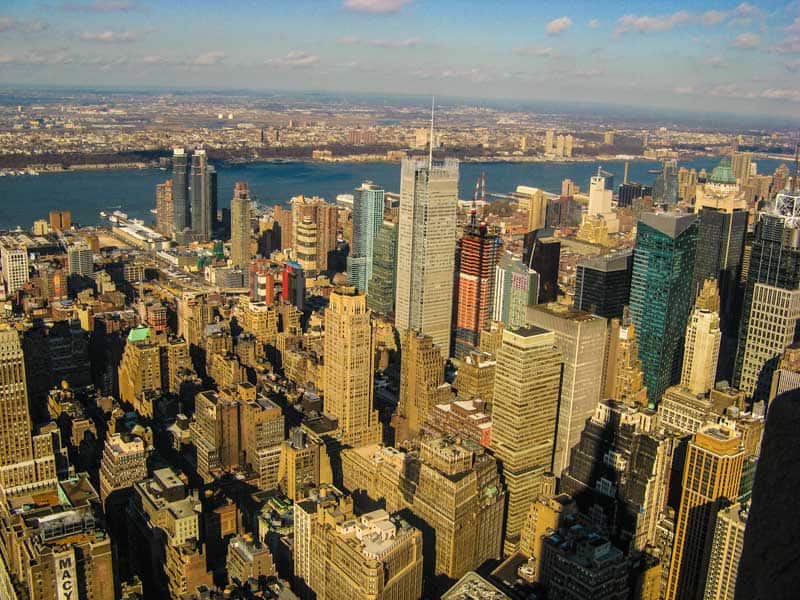 It’s been eleven years since Prototype came out and the video game is as gripping and entertaining as it was in 2009. The story is a cliché—bombs, guns and fights everywhere. But the gameplay and vivid display of the Big Apple is epic.

Similar to Fallout New Vegas, Prototype is insanely violent. You can kill just about anyone, from innocent women to old men. In fact, you can murder and impersonate someone and shapeshift into their bodies. Then you can spend hours wrecking New York without care. 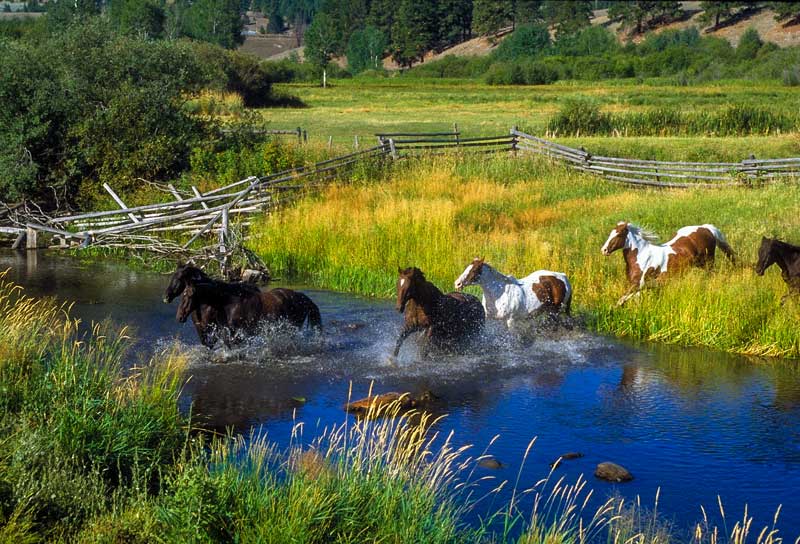 Horses crossing a stream on a ranch in Montana. Image by David Mark from Pixabay.

The fictitious town of Hope County in Far Cry 5 is Montana, at least that’s what developer Ubisoft said after releasing this game in 2018. It’s set in the lush, green hills of Montana in a town controlled by a religious cult with an uncanny love for firearms.

You take the position of a sheriff who tries but fails to apprehend the group’s leader. Things get nasty and turn into an endless war graced by colourful guns, boats and tractors. Sometimes you receive help from wild animals.

But as the cult increases its membership, the only option is to run to the pristine valleys, forests, rivers, lakes of Montana…oops, Hope County. Of course, you still have a game to complete. So, even if the action gets tough and you must find a way to finish the game. 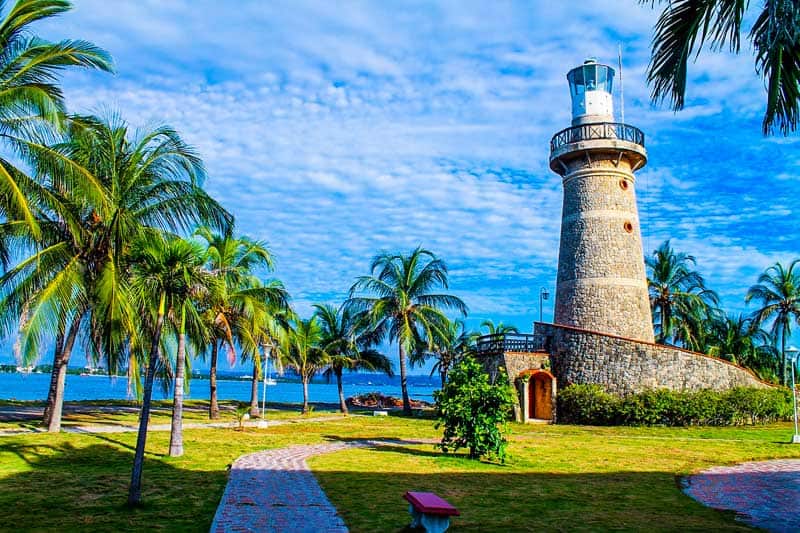 Uncharted 3 takes you to more cities than the average Bond movie. At one moment you’ll be drinking in a London pub. In the other, you’ll be in Colombia torturing drug dealers. The protagonist, Nathan Drake, is a multi-skilled guy trying to recover a family ring that once belonged to Sir Francis Drake.

The story flows smoothly as Drake introduces one character after the other. The graphics are decent but magnificent for a game released a decade ago. On the flip side, the gameplay and realism are fantastic.

Drake’s Journey from London to the world feels real, more like a documentary of a guy pursuing a lost heirloom rather than a fictional game. The best part, though, is that you get to travel the world, from deserts and sea shows to cities and forests. 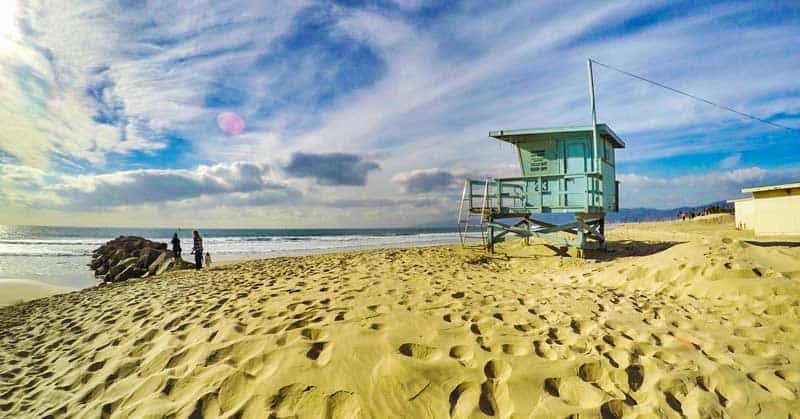 Rockstar has an affinity for creating games based on real-world locations. Think of the GTA Series, from San Andreas and Miami to London and New York. Now enter LA. Noire, one of the developer’s best-rated video games.

Set in 1947 LA, the city in this video game looks more attractive than many modern-day cities. It stars Cole Phelps, a police officer who previously worked in the army. LA Noire is all about Phelps as he solves crimes and his relationship with his bosses.

The best part about LA Noire is its attention to detail—driving to crime scenes, collecting evidence and arresting suspects. Then there are interviews, shootings and interactions with civilians as Phelps attempts to complete his missions.

If you have ever imagined what LA looked like seventy years ago, LA Noire is your answer. The game does a wonderful job of featuring all parts of the city, from the suburbs and inner cities to downtown and outer LA.

Check Out Some Other Fancation Destinations

The Budweiser Clydesdale tradition began on April 7, 1933, when Billy Wales drove a team of six beautiful Clydesdales through New York, to the Empire State Building, to celebrate the end of prohibition. The wagon they pulled held, of course, a case of Budweiser beer,...
Read More

Fancations and the History of Television

Most of us have a favorite television show--or two! Over the years, I've loved hundreds. Generally, my favorites are shows that whisk me away to a new place in the world or an imagined place (I love SciFi!) that writers and producer have brought to life. Television,...
Read More

Clint Eastwood launched his acting career in 1959 when the television show, Rawhide, turned the cattle drives of the mid-1800s into a hit series that ran for eight seasons with 200+ episodes. And Sedalia, MO, was the historical cowtown destination with its stockyards...
Read More

Top Must See Travel Destinations Where Big Movies Were Filmed

Trying to decide where to visit on your next vacation? Check out one of these popular filming locations for top movies.

The photo in the header above is of a beach in the Dominican Republic in the Caribbean. Image by MustangJoe from Pixabay

Max is a writer who enjoys video games. 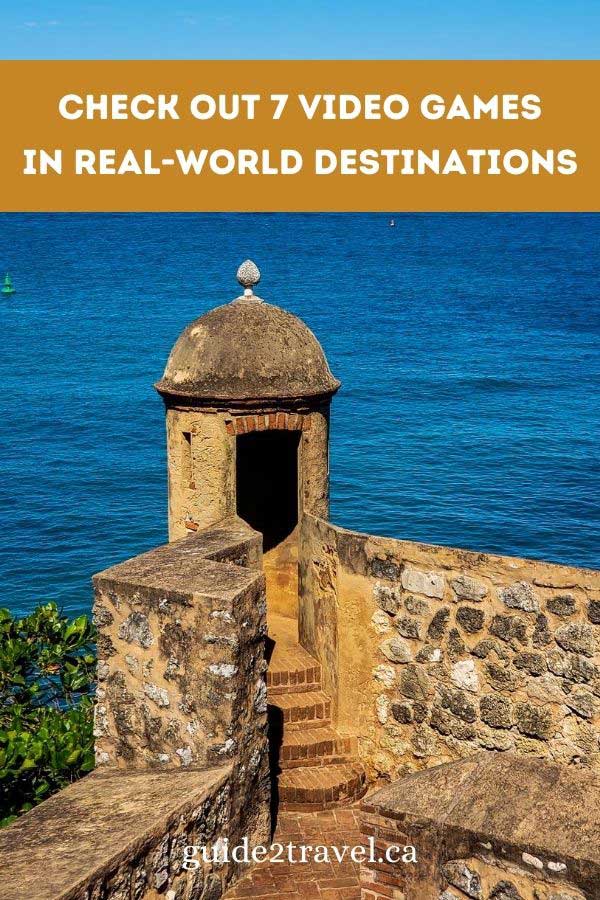