...travel adventures with a twist of hisory Latest ArticlesAdventures
;

When you think about visiting Madrid, you may think of sun, tapas, royalty, or even the famous Real Madrid football club. However, Madrid is way more than that! While you may start with the famous Prado Museum or the Royal Palace, here are some fascinating undiscovered museums in Madrid that you should also visit. Let yourself discover more parts of Spain’s history than its art. 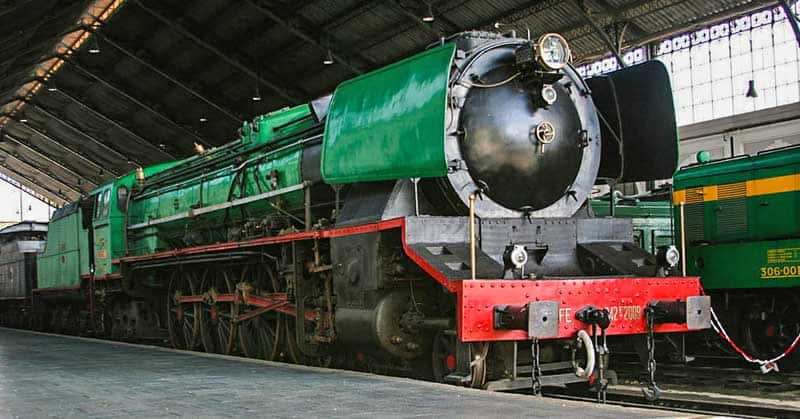 The Railway Museum of Madrid was installed in the prior Delicias station, in the south of the city. Its major goal is to conserve and make people discover what the railway used to be in Spain and how, thanks to innovations, trains were improved and the transports were spread all over the country to make movements easier.

You will be able to discover trains, steam locomotives but also diesel and electrical ones. You will discover how visitors used to travel and in what conditions, but also how communications were made in the past and see previous uniforms. You will also find a café designed following the old architecture to stay in the same past atmosphere as the museum. During Spring and Autumn, an ancient train is also circulating to make visitors live a unique experience and travel back to the 20th century.

The entry costs 6€ during the week and 3€ on weekends. Learn more about visiting the Railway Museum of Madrid. 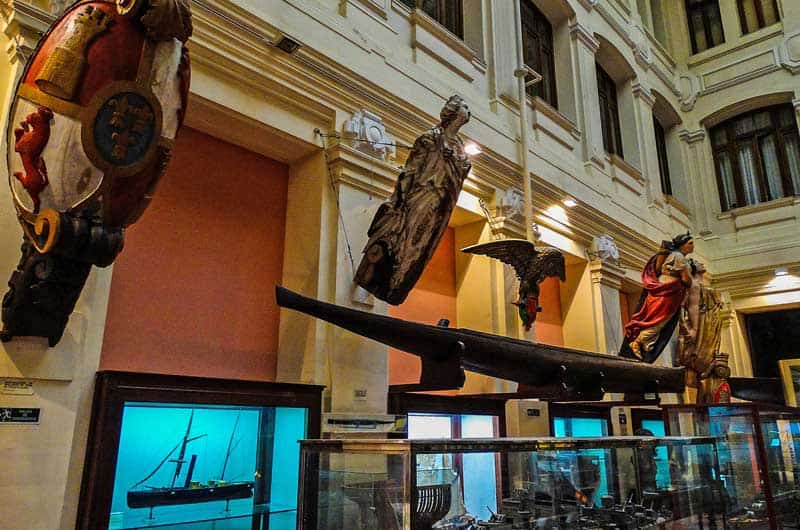 The next museum I will recommend for you is the Naval Museum, which is located in the city centre on the Paseo del Prado and was inaugurated in 1928. This place aims to protect and spread Spanish heritage when it comes to the Spanish Maritime Army, in order to exhibit and make people aware of its history, its victories and improvements.

The museum displays a huge collection with more than 10,000 pieces of instruments whatever it is navigation materials, weapons or maps. This museum displays its work of art sorted by time; it begins in the 15th century and each room will bring you any closer to our time.

Travel Tip for Visiting the Naval Museum in Madrid

You can easily have access to it thanks to line number 2 of the metro or various bus lines.

The museum is opened from Tuesday to Sunday and from 10 am until 7 pm except in August where it closes at 3 pm. In order to keep the museum in good shape, the entry is free but voluntary donations are keenly welcomed. Learn more about visiting the Naval Museum of Madrid. 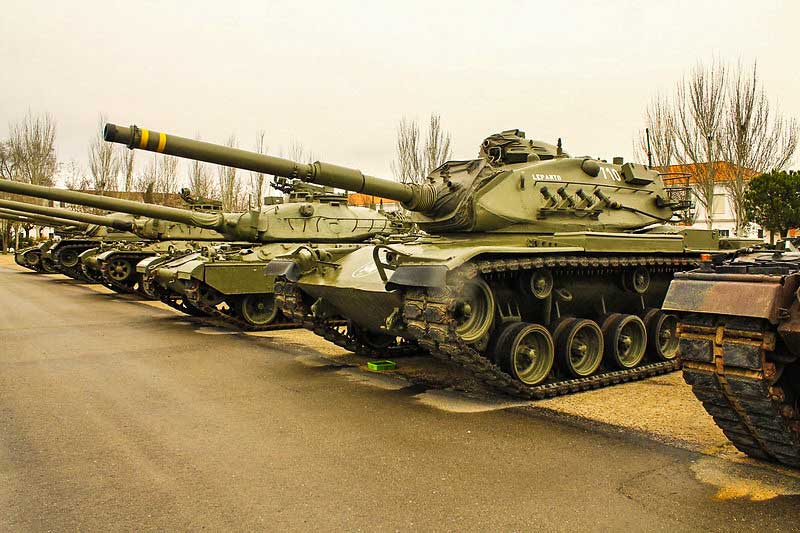 The Museum of Tanks is the war museum of Madrid and is located in the outside of the city on the military base called “El Goloso”. Its major goal is to help visitors discover Spanish armoured units thanks to their equipment such as tanks and weapons.

This museum displays various vehicles from the land forces which were restored by soldiers or volunteers animated by their passion for the army. Other pieces on display are old uniforms and munitions. But heir major and most renowned pieces are the tanks such as the Model FT 1917 from Renault which comes from France. The museum acquired this masterpiece during the Spanish Civil War and it came from Poland.

The museum only opens to the public one Saturday in the month, so make sure to check their opening dates because it can vary. Learn more about visiting the Armored Units Museum. 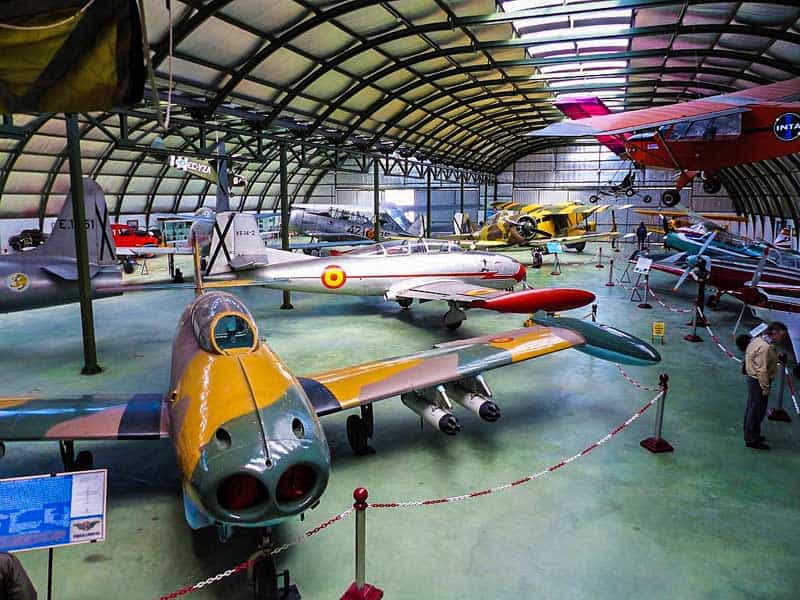 The Museum of Aeronautics is located on the outside of Madrid in the area called “Cuatro Vientos”. It helps visitors to discover the aerial history of Spain and to keep in memory its improvements and its major key figures. It exhibits a lot of planes and uniforms, along with models. You will also see helicopters.

The museum is divided into 5 different indoor areas and an outdoor one. The first one shows the beginnings of aviation with planes such as the Caudron. The second and third ones are all about motor planes. The 4th one is about helicopters and autogyros, and the last one is all about Haviland and North American planes.

The outdoor part gathers all the biggest planes and helicopters. It is the perfect place for all plane lovers and aeronautic in general.

Learn more about visiting the Air Museum in Madrid.

The Archeological Museum of Madrid is all about the ancient art and antique sculptures from Greece, along with the Iberian Peninsula. Here are on display various work of art which will transport you through the time from the prehistory area until the 19th century.

Its most beautiful Iberian sculpture is called the Lady of Elche, which represents the face of an idealised woman, both human and deity. This work of art is made of calcite and dates back to the 5th century BC. The sculpture was discovered near Alicante, a city in the south-east of Spain. Because it is empty on the inside, we assume that its prior use was to hold ashes from dead people.

Travel Tip for Visiting the National Archaeological Museum of Madrid

The entry costs usually 3€, but it will be free until the 31st of July, 2020. It is also free on public holidays in Spain, or every Saturday after 2 pm as well as every Sunday morning. Learn more about visiting the National Archaeological Museum of Madrid.

Juliette Smith is passionate about travelling. She has already been pretty well everywhere in Europe, and experienced different travelling types from backpacks to luxury stays, from leisure and relaxing trips to more adventurous ones. But Spain is where her heart is! Visit her online at: https://madrid-discovery.com/

More Places to Visit in Spain

The photo in the header above is of Cibeles Fountain, which stands in the centre of the Plaza de Cibeles. Created in 1782, it’s one of the most famous landmarks of Madrid, Spain. The statue depicts a chariot drawn by two lions, driven by Cybele, the Great Mother of the gods and Roman goddess of fertility.

The article was written by Juliette Smith, travel blogger at https://madrid-discovery.com/

If you enjoyed this article, please pin it to read later. 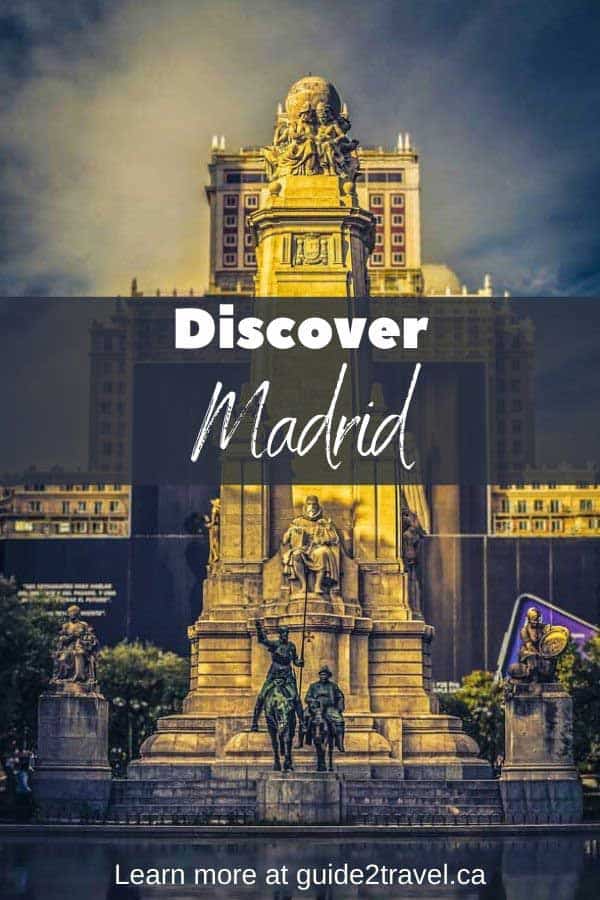 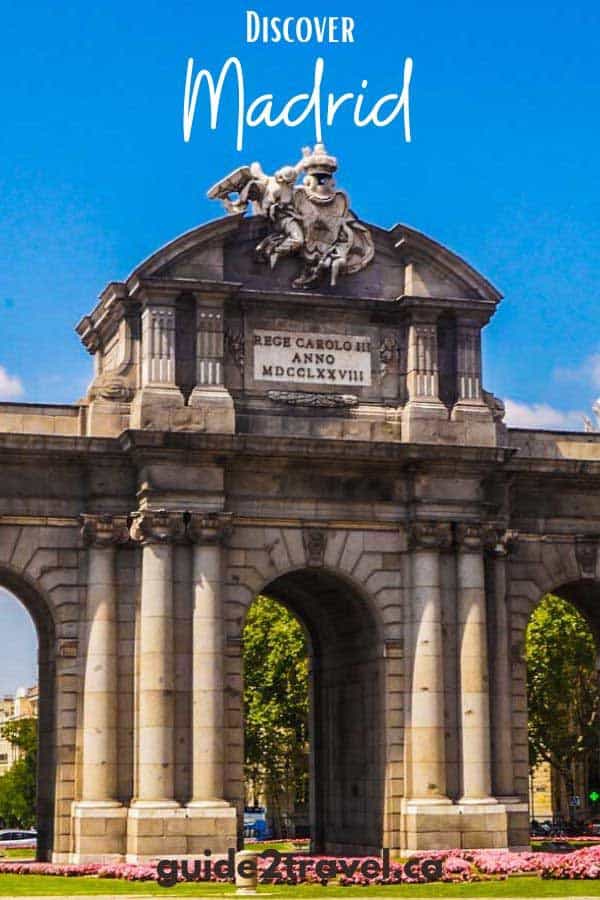