Have you been thinking of visiting Stonehenge? It’s one of the most famous destinations in the UK. It’s loved so much that explorers think it deserves a place in the wonders of the world.

The beautiful and mystical ruins are visited by more than a million people every year. Before you visit this destination, it’s important to know what you should expect. In this article, we’re going to cover the most important facts about the landmark and its surroundings. Let’s get started! 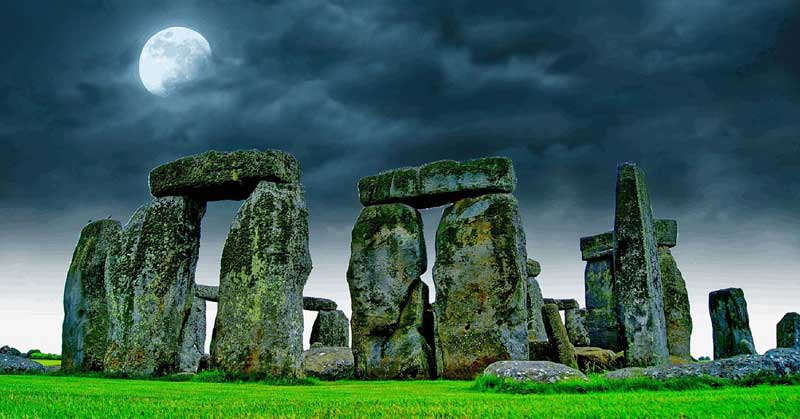 Stonehenge with a full moon and cloudy sky. Image by Karin Henseler from Pixabay.

Stonehenge is a popular and fascinating destination. Think of it as meeting your favorite celebrity. Apart from the thrill, people visit this destination to learn about its history and understand the lifestyle and beliefs of the ancient Neolithic ancestors.

According to many, the mystery surrounding Stonehenge is another reason why you should visit it. There are several mysteries because there is no one secret that explains everything about this structure. Indeed, no one knows how these structures were formed. Other people also believe that these stones have healing powers. All these fascinating stories make Stonehenge a great place to visit.

You should also see its incredible design. It was built in three stages. The first stage was an earthwork structure built as a circular ditch. The second stage was arrangements of timber with fixed holes in the ground. These potholes were surrounded by the circular ditch. The third stage consisted of fixed stones These three construction stages probably took about five hundred years.

Stonehenge is extraordinary not only because of the mysteries but also because it was built during a societal transition between the Neolithic and Bronze age. The symmetry of the structure boggles the mind. After years of confusion, it was discovered that its pattern was aligned to the sun and the stars. The high precision levels at a time when there were no scientific instruments defies logic.

Special exhibitions are regularly held at Stonehenge. Models come here to depict the history of this fascinating site. By attending these exhibitions, you’ll get to see ancient objects together with audio-visual objects created using modern technology to help you feel and understand the significance of the place.

Historians report that the construction of Stonehenge has been done more than 4000 years ago. They are older than the beautiful Egyptian pyramids. Stonehenge is a mystical destination because it was built during a time when there was no writing system. Therefore, how it came to be, and its purpose is hidden.

Scientists prefer using proven facts to make conclusions. The use of tree logs as a bridge could have been used as a horizontal ramp. Also, animal fat was smeared on the ground to reduce friction and resistance.

The arrangement of these stones is aligned with the sun during both short and long days during the year. Therefore, it’s possible that these stones were used for ceremonial purposes. These people likely believed that these stones had healing powers and also functioned as ancient observatory tools.

Stonehenge, Avebury and Associated Sites were designated as a UNESCO Heritage Site in 1986.

Other Fascinating Destinations Near Stonehenge

The reason why you should visit Stonehenge in 2020 is that archaeologists made a new discovery this year.

A circle of ancient shafts 5 meters deep is presumably the same age as the Stonehenge. This giant circle, which is two kilometers in diameter, is very precise and strongly supports a conclusion that people who built it 4500 years ago had the ability to count. Another interesting claim that ancient people weren’t that much unintelligent as is commonly considered.

Named Durrington shafts, this monument probably was guiding religious visitors of Durrington walls – another monument that is located in the middle of the circle of shafts. Archaeologists are very excited because the area around Stonehenge is considered to be the most explored.

And the new discovery made with modern geophysical technologies is labeled the biggest prehistoric structure ever found in Britain. You can see the wonder 1.9 miles north-east of Stonehenge. 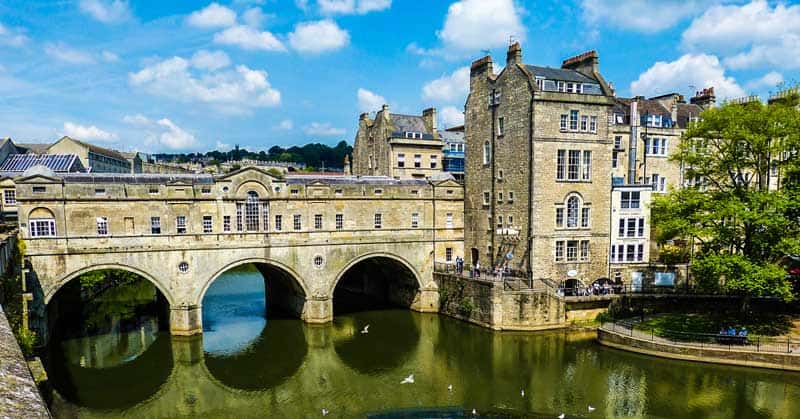 Historic buildings in Bath, England. Image by falco from Pixabay

Bath is a small and attractive city in Britain. It’s home to more than five hundred buildings with architectural and historical importance. In 1987, Bath was granted the status of World Heritage Site. There are a lot of things to do in Bath.

Apart from enjoying the city’s architecture, gardens, and parks, you can participate in a wide range of cultural activities. According to online assignment help, you can explore museums, tourist attraction sites, and entertainment venues. Some of the top attractions in Bath include Roman Baths, Bath Abbey, Royal Crescent, Pulteney Bridge, and Holburne Museum to name a few.

Leon Collier is a writer at best essay writing services and paper writing service reviews from the UK. He loves to write about everything: pop-culture, history, travel, self-development, education, marketing. When not writing, you can find him behind a book or playing tabletop games with his friends. Follow him on Twitter @LeonCollier12.

A guide to Northern Ireland providing planning tips for a visit to Ireland and cities such as Belfast. See attractions from UNESCO sites to Titanic Museum.

7 Magnificent Towns in Scotland to Visit on a Road Trip

Scotland is the perfect country for a road trip for history lovers. From historic towns to medieval castles, there’s lots to see.

The photo in the header above is of Stonehenge in Wiltshire, England, United Kingdom. Image by Pete Linforth from Pixabay 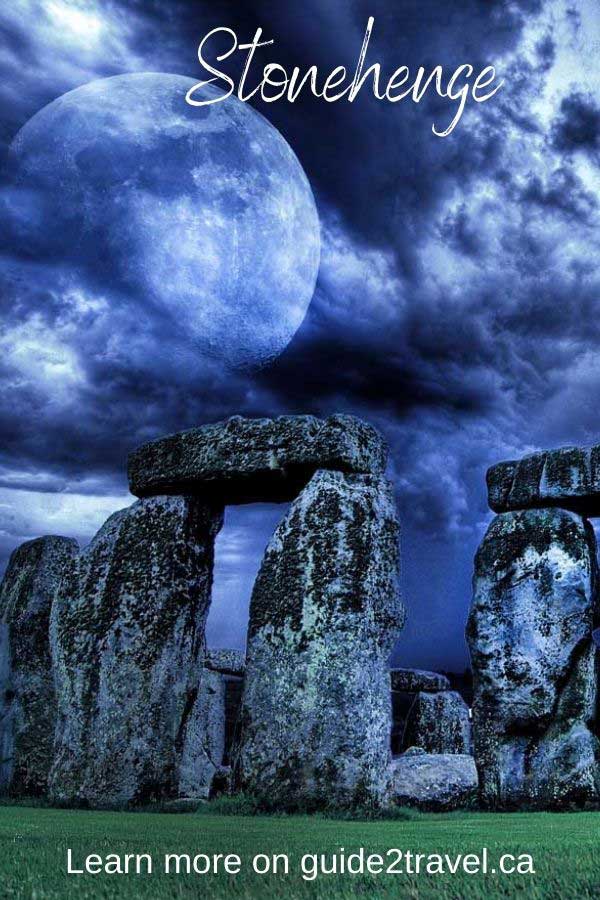 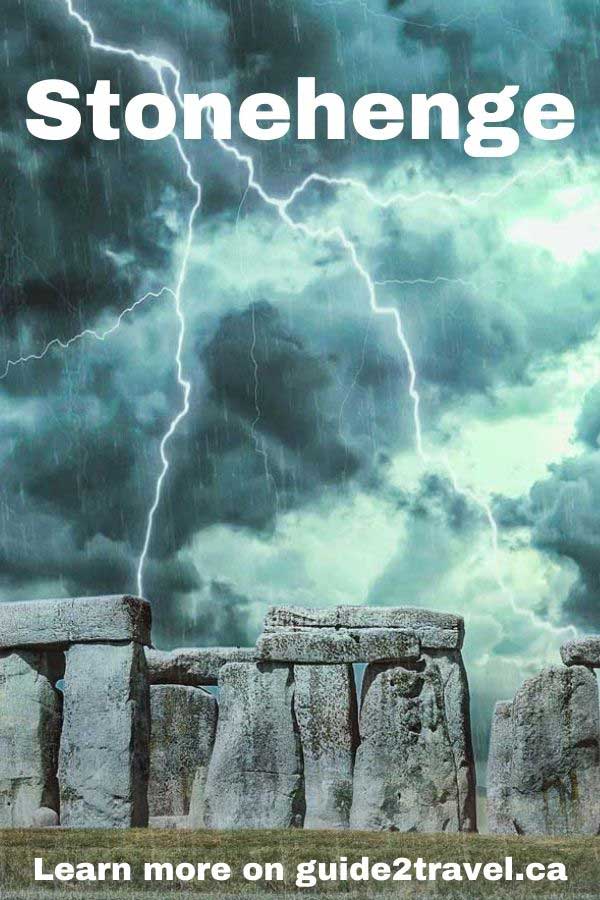