Calgary, Alberta, may be Canada’s sunniest city, with 333 average sunshine days per year, but it also has some of the most fun things to do when the sun goes down. With the median age of Calgarians at a young 37 years, you can bet you’ll always find something to do on those long winter nights in Calgary!

But whether you choose to visit Calgary for some winter fun at WinSport’s Canada Olympic Park trying out the thrills on a bobsleigh and taking a ski jump tower tour, or during July’s 10 days of the Greatest Outdoor Show on Earth, the Calgary Stampede, you’ll find Western hospitality with world-class facilities. Indeed, there are 20+ five and four star hotels, where you can settle in for a few hours relaxation and spend some Wildz time trying your luck before heading out for a night on the town. 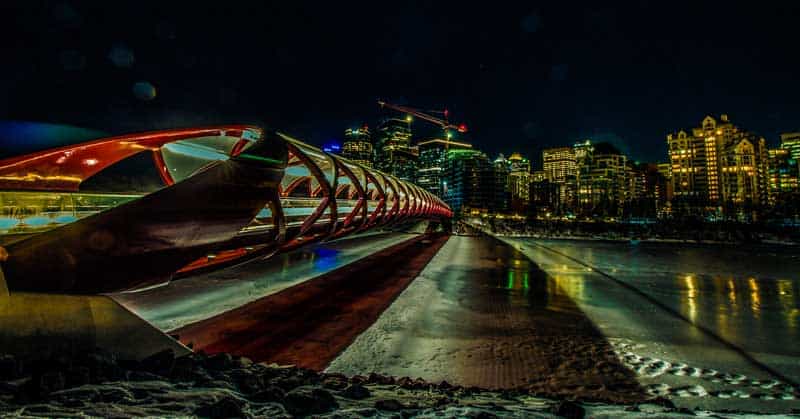 Here are 5 chills and thrills to have in Calgary.

What’s more fun after dark than a ghost tour? And Calgary has several. Start out at the Calgary Tower for the city’s only free tour aptly named Haunted Cowtown. Its highlights include the Zoo Bridge and Deane House, reputed to be one of the most haunted buildings in Canada.

If you’re lucky, you may hear the ringing of an antique phone not even plugged into the wall or smell some smoke, even though the house is now a non-smoking dining room. Look out though, as you could encounter a ghost missing his lower limbs or a man smoking in the room remade to look like the original owner, Captain Richard Deane’s, study.

Calgary Ghost Tours also offers a variety of ways to meet the local ghosts, including a trip through Inglewood, Downtown, and Kensington, all featuring some of the neighborhoods’ most haunted spots.

Axe throwing is another activity that keeps adults busy with fun evening activities. While axe throwing for fun might be a new craze, it’s anything but a new activity. Indeed, as far back as the middle ages, throwing axes was common.

Of course, you didn’t see a lot of axe throwing in the 20th century. It wasn’t until 2006, in a cottage outside of Toronto, that a group of friends decided to throw axes at a stump and had so much fun they decided to start the Backyard Axe Throwing League. Word spreads quickly when people are having fun, and soon axe throwing was once again a worldwide sport. Check out Axe Throwing Calgary in SE Calgary, or BATL Calgary near the Sunridge Mall.

You wouldn’t expect golf to be a common sport in a city that only has two months, July and August, that never see snow—but golf is growing in popularity in Calgary. One reason could be that golfers can now play evenings year round at Pure Casino Calgary.

Pure Casino Calgary is home to an HD Golf Simulator, which lets you play the world’s finest championship courses, including Pebble Beach and St. Andrews, indoors year round. Their virtual golf system provides a level of realism incomparable to any competitive system, so you can whack a few balls before sitting down at slots or the casino’s 24-hour poker room on your nights in Calgary.

Post-sunset entertainment and attractions happen at the TELUS Spark Science Centre on their Fiver Friday Hours, where they’re open until 9 p.m. (Check the website for days and hours)

For starters, sit back and enjoy the Spark’s Dome theatre. This amazing planetarium stretches three stories high and is over twenty-one metres across! Whether you catch a movie or a live planetarium show, you can let the 360 degree visuals transport you to another place.

And if you’d rather get your chills and thrills in the here and now, check out some of the galleries. Scale giant molecules at the Brainasium or demonstrate weight distribution on the bed of nails!

Of course, sometimes there’s nothing better than just getting feet on the ground and checking out the neighborhoods. In fact, Calgary is home to the most extensive pedestrian pathway network in North America.

And if you’d like to spend some evening time bar hopping in the downtown, the city is safe and comfortable with well-lit streets and pedestrian-friendly crosswalks for your nights in Calgary. You’ll also find wayfinding signs that make it easy to locate popular destinations with estimated walking distances and times.

The downtown has dozens of lounges and fine dining establishments serving everything from sushi to fine Alberta beef steaks and prime rib. And if you’d like to try one of Canada’s most popular cocktails, the Caesar, you’ll find it on every cocktail menu. What’s this invented-in-Calgary cocktail made of? Vodka is the alcohol, although dill pickle vodka can also be used, and it’s mixed with clamato juice with a celery stick or dill pickle.

Whatever your fancy, in activities, places to stay, or things to eat and drink, you’ll find a new twist on them nights in Calgary, Alberta.

More Things to Do in Alberta

The photo in the header above was taken on the night of a full moon over Langevin Bridge in Downtown Calgary — Photo by Ronnie Chua on DepositPhotos. 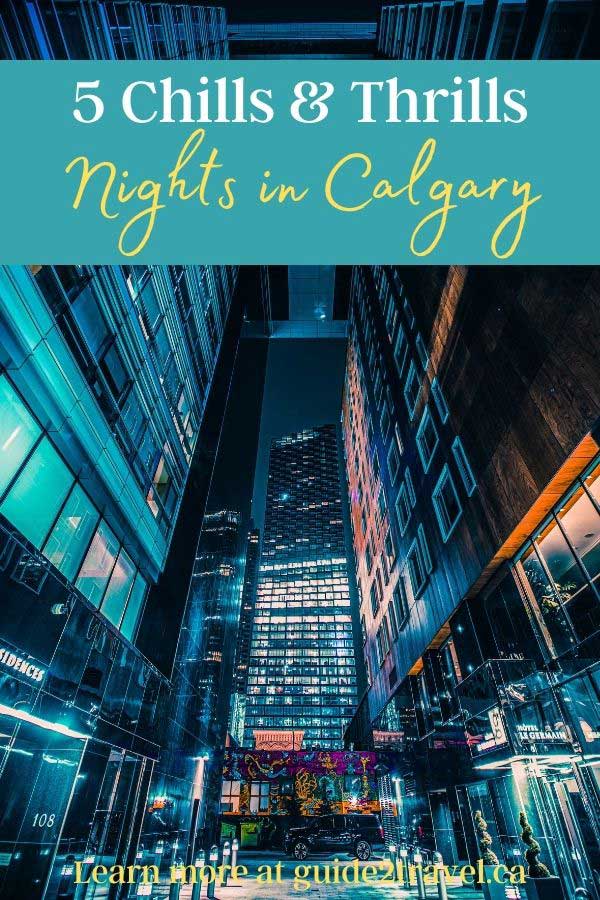