Six Beautiful Baltimore Neighborhoods to Visit on Your Next Vacation

It doesn’t matter what you want to travel for, whether you’re a fan of discovering new cultures, looking to explore places with stunning personalities, or deep-diving into the history of a place, Baltimore truly has something for everyone.

When you think of a city that has great neighborhoods to visit, for many, Baltimore, Maryland, is always one of the first to come to mind. The city itself is divided in such a diverse and creative way, that comes together as a unit to create a universe like nowhere else in the US.

Today, and with this in mind, we’re going to explore six Baltimore neighborhoods you need to know about. Get your maps and dog-ear these places, because you’re not going to want to miss them. 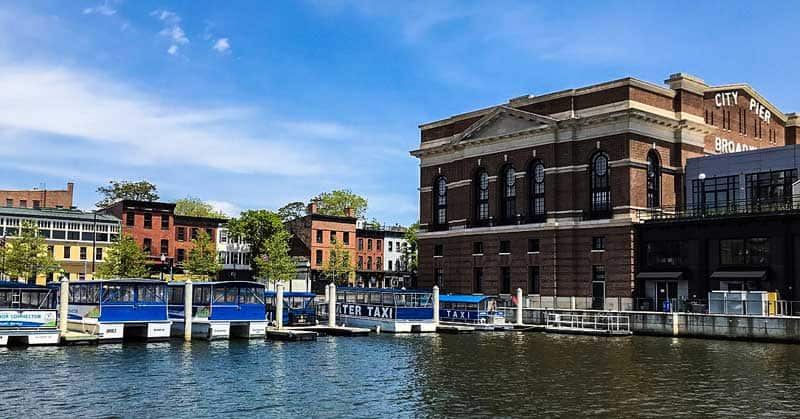 Since Fells Point can be found right on the waterfront, it’s home to many of the greatest places to sit back, relax, and watch the world go by. It’s also a cultural hub for all things Baltimore.

Here, you’ll find a fantastic selection of shops, stores, and restaurants, including ice cream shops and hipster-friendly stores with the most eccentric stores you can find. If you’re looking for the best fish cuisine you can find, here are the best oysters you’ll ever find, for sure.

Canton is a must on any visit to Baltimore. What makes this neighborhood special is the fact that it resembles a suburb. It’s actually as though someone has picked one up and dropped it into the city, and it makes for a refreshing take.

Here in Canton, community is paramount, and you’ll regularly see people looking out for each other and interacting locally. Since there are a stunning waterfront and huge park, there’s also a ton of activities to get involved in. 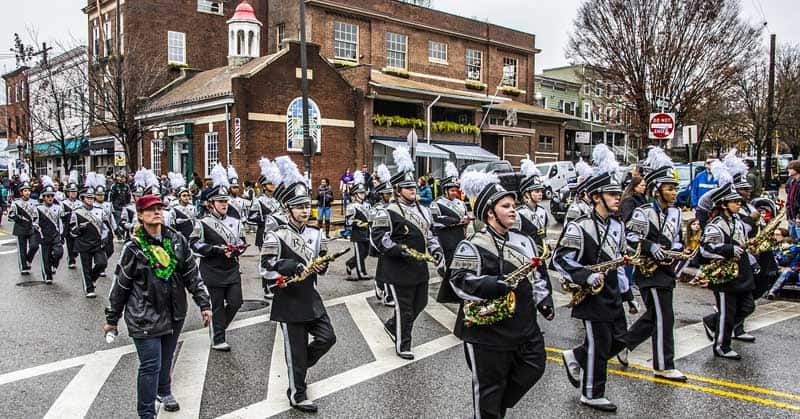 Parade in Hampden, Baltimore. Image by Bruce Emmerling from Pixabay

You cannot miss Hampden, both on your trip and visually. Hampden is rainbow-colored through and through, and the chances are you won’t have seen anything like it. Hampden used to be a 19th Century mill town on its own, but over the years has transformed into one of the trendiest, if not most hipster neighborhoods in the city.

While not a neighborhood in the main sense of the word, the inner harbor of Baltimore is still a highlight you must visit, and a world all to itself. By far the largest tourist attraction in Baltimore, you’ll find a range of restaurants ranging from bespoke to chain, and beautiful views of the entire area.

There’s also plenty to see and do here, including the National Aquarium, a plethora of museums, and galleries, and of course, the harbor itself. There’s something truly special about seeing the harbor in full swing, and a vibrancy of life you’ll find nowhere else in the city. 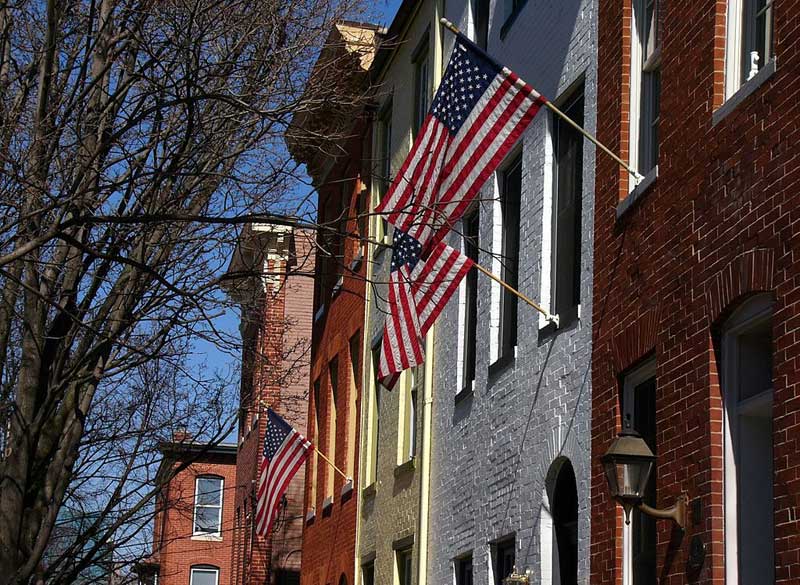 If you’re a student looking for a university and places to stay in that area, then Federal Hill is probably where you’re going to go, and for plenty of good reasons, not just the obvious ones. Federal Hill is very close to the thriving downtown area, making this one of the most accessible neighborhoods in the city.

This means no matter what part of the city you want to visit; Federal Hill makes a great base camp. Food, drink, and accommodation are thriving in this area, so take your pick for whatever you’re interested in.

Excuse the funny name, but Pigtown was actually named back in the 1800s when the cargo railway trains came in from the Midwest to unload, you’ve guessed it, pigs. Imagine the smell. The pigs would then make their way through the city to their final destination near the markets, which would have been an amazing spectacle in itself.

In memory of this way of life, the Pigtown annual festival is now held here every year where you can find all the food, drink, and music you could want to fill a weekend. This place is well worth a visit to explore the history of Baltimore, and what turned the city into the vibrant place it is today.

Katherine Rundell is a writer at Paper Fellows and OXEssays services. She writes about travelling. Also, she is an editor at Big Assignments. She loves travelling to new cities and countries in her free time, especially being a tourist in her own city.

More Things to See & Do on the U.S. East Coast

The NASCAR Hall of Fame high tech exhibits and simulations are a must-do when you take in a NASCAR race at the Charlotte Motor Speedway in Charlotte, NC.

Virginia Beach Vacation: Top 3 Things to Do in the Fall

A dolphin jumped across the horizon in a smooth arc--then another, and another. From our Virginia Beach hotel, the Comfort Inn & Suites Oceanfront, we had a panoramic view of this amazing blue playground and dozens of dolphins. When we booked a fall foliage tour,...
Read More

What Famous Writer Bought out his Enlisted Term at Fort Monroe in 1829?

Fort Monroe, Virginia, is the largest stone fort ever built in America. It was constructed between 1819 and 1836, with the final phase directed by Robert E. Lee. The hexagonal brick and stone fort, which also had a moat, covers 63 acres and cost over $2 million to...
Read More

I've never visited Niagara Falls before--and really, it wasn't even on my list of must-do stops when I started planning our fall foliage tour. Boy am I glad we added it to the itinerary! The sight of six million cubic feet of water rushing over the falls every minute...
Read More

The Dead River provides one of Maine's most exhilarating whitewater rafting adventures. Its 15 mile run starts out easy, but builds up to a momentum worthy of the river's name! David and I were guests of Magic Falls Rafting Company for the whitewater Dead River season...
Read More

The photo in the header above is of Canton Waterfront Promenade, Baltimore, Maryland, USA. Photo by Devonshire on Unsplash

Katherine Rundell is a writer and editor, who loves traveling to new cities and countries in her free time. 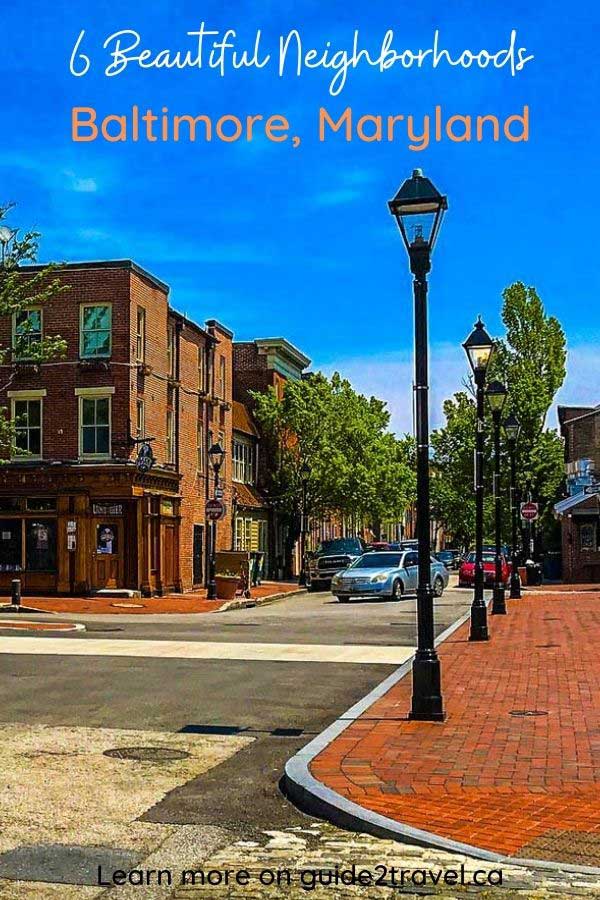