...travel adventures with a twist of history Latest ArticlesAdventures
;
Havana, Cuba, has been on people’s travel bucket lists for some time now. And with good reason. The country has much to offer visitors with 7 UNESCO World Heritage Sites, 253 protected areas, 7 Natural Biosphere Reserves and 13 Fauna Refuges. Indeed, Old Havana, the city’s downtown center, is a UNESCO site. 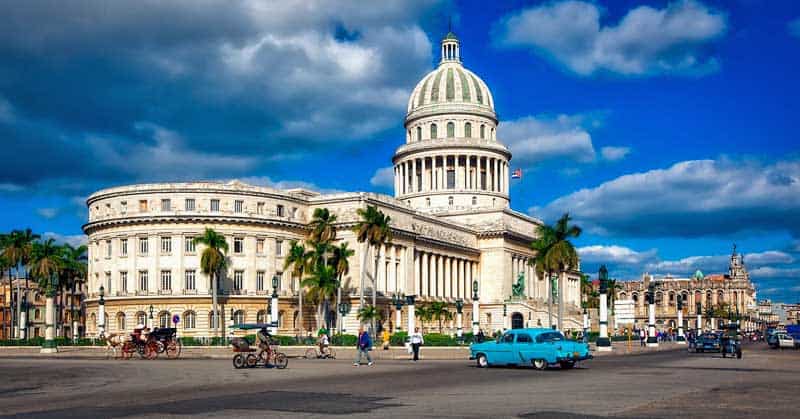 But let’s go back in time, to when Havana was a gambling hotbed. Before Fidel Castro, there were craps. Prior to revolution, there was roulette.

There was a time when Cuba was an American vacation haven and Havana was the place where people went to live the high life.

In the 1950s, Cuba was known as the Las Vegas of the Caribbean. It was where celebrities gathered, the beautiful people sought to be seen and the mob ruled.

There’s a scene in the movie Godfather II where several of the higher ups in the mafia gather for a birthday party on the rooftop of a Havana casino. A cake is brought out that is baked in the shape of the country of Cuba. The mob leaders surround it and symbolically slice it into pieces. 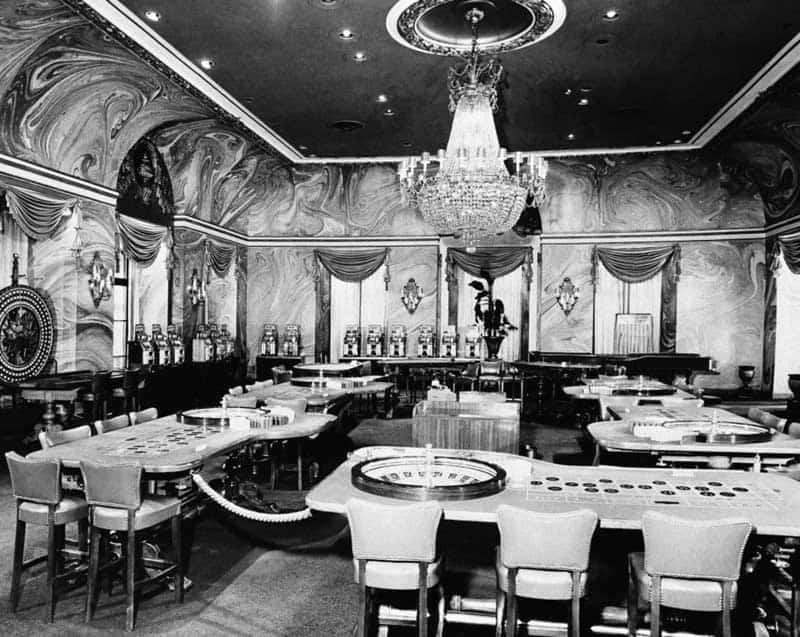 “The actual gathering of mob bosses from around the United States at the Hotel Nacional in Havana in 1946 was even more grandiose,” according to noted best-selling author T.J. English in the Smithsonian Magazine. “The mob funneled dirty money into Cuba to build casinos and hotels, which in turn generated the funds used to facilitate the corrupt political system led by President Fulgencio Batista.”

Deported from the USA, mobster Lucky Luciano, considered the founder of the modern-day mafia, set up shop in Havana and life was good. Luciano ran the mob like he was a corporate CEO. Cuba offered them the best of both worlds. They could run their criminal empire, and pay off a corrupt government that was more than happy to accommodate these activities for a cut of the proceeds. Best of all from the mafia’s standpoint, they were free and clear of any fear of interference from U.S. law enforcement. 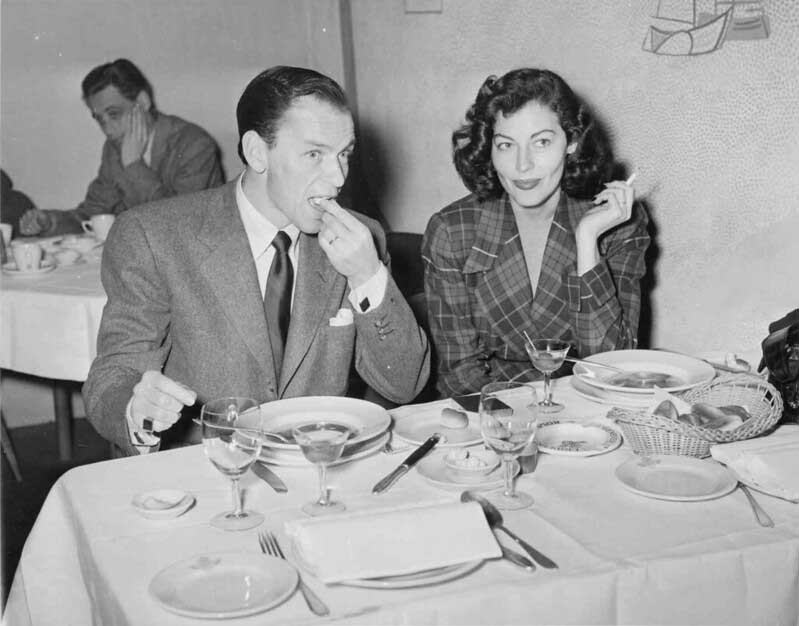 The hub of activity that the Havana scene created, combined with its proximity to the United States – Cuba is just 90 miles from Florida – made it a popular destination for American celebrities.

The Chairman of the Board chaired his fair share of parties in the Cuban hot spot. Frank Sinatra and then wife Ava Gardner were frequent visitors. Sinatra maintained a friendship with Luciano – their families originated from the same Sicillian town – and that only served to fuel the long-held rumors of Sinatra’s mob connections.

Future U.S. President John F. Kennedy, then a Senator, was known to frequent the Cuban nightlife. Actors such as Marlon Brando and George Raft were other regular visitors to Havana.

African-American musical acts also frequented Havana because they weren’t restricted from performing as they were in many American cities. Nat King Cole, Eartha Kitt, and Dizzy Gillespie were prominently featured on the casino entertainment calendar.

“I don’t think the mobsters anticipated that what they were doing would generate this exciting Afro-Cuban cultural explosion,” English said. “But that’s what happened, and it became a major reason that Havana was such an exciting place in those years.”

While the rich and famous enjoyed the high-end lifestyle of Havana, there was an economic rift within the country. Abysmal conditions of poverty existed in many rural areas.

This division helped to fuel Castro’s revolution. On Jan. 1, 1959, Castro’s forces overthrew the government and Batista was forced to flee the country. 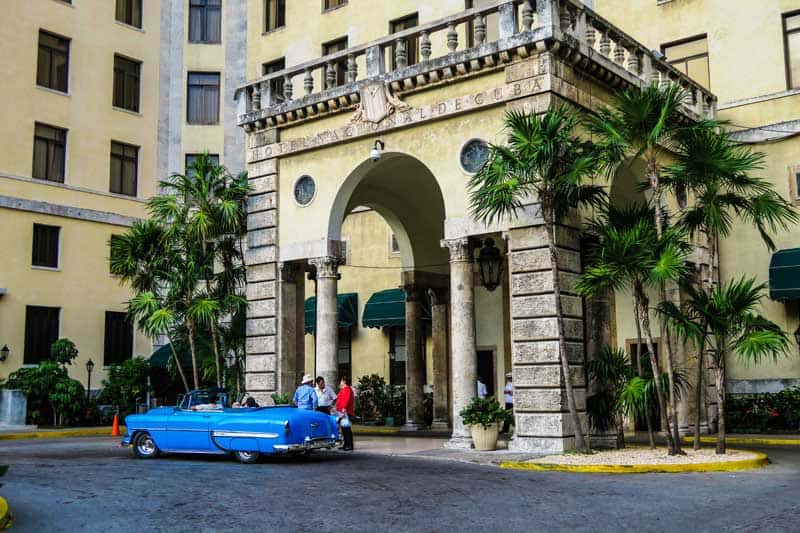 Today, these historical sites that were once Havana’s hotspots remain popular destinations. In the lobby-level bar at the Hotel Nacional, guests can view the memorabilia on display from 1950s-era hotel owners Jake and Meyer Lansky.

The Hotel Sevilla-Biltmore was first-constructed in 1908 and later renovated in 1923, designed in similar fashion to New York’s famous Waldorf Astoria. It was another popular hotspot with the Hollywood glitterati. Here, tourists can dine and imagine the time when the likes of Enrico Caruso and Josephine Baker performed in the hotel ballroom.

From the rooftop salon at the Hotel Sevilla-Biltmore, tourists can enjoy a most spectacular 360-degree view of Havana.

The Tropicana, at one time Havana’s hottest night spot, where Nat King Cole once recorded a live album, still stands, as does the Hotel Riviera.

The unique architecture of these splendid structures has been immaculately preserved. They stand as a reminder of a bygone era in Cuban history and are well worth a visit.

Bob Duff is a freelance writer.

Things to See & Do in the Caribbean

The aquamarine colors of the Caribbean Sea inspire the same trust and peace as the gemstone it gets its name from. The gem, fabled to have been blessed by the god of the sea and found in a mermaid's treasure chest, has appeared in stories throughout written history....
Read More

From Seven Mile Beach to Stingray City, Cayman Islands are a visitor’s paradise. Explore the history and attractions of these Caribbean islands.

The photo in the header above was taken in Havana, Cuba, in the Caribbean. Image by SweetMellowChill from Pixabay 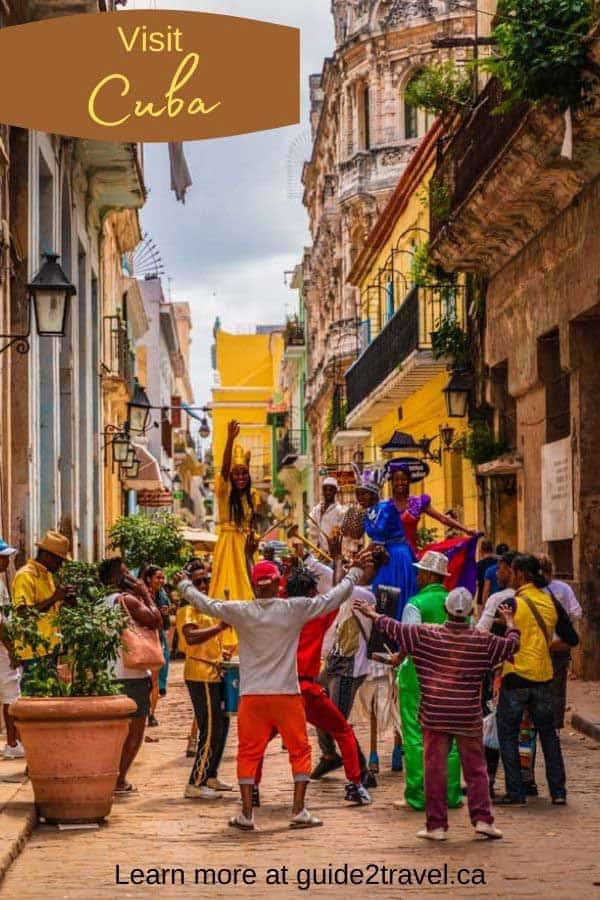