Bangkok is a city of a thousand lights, sunny, wayward, and impetuous, where history and modernity coexist harmoniously, mutually penetrating one another. Bangkok is the capital of Thailand and the gateway to Southeast Asia, one of the youngest Asian megacities, the largest and at the same time, the quickest growing city in the country.

Bangkok is home to 400 temples. Because Thailand is a Buddhist kingdom with a 95% Buddhist population, you don’t have to clarify that the temples in Bangkok are also primarily Buddhist. Today, I’m going to share the top five famous Bangkok temples with you in detail. Let’s dive in. 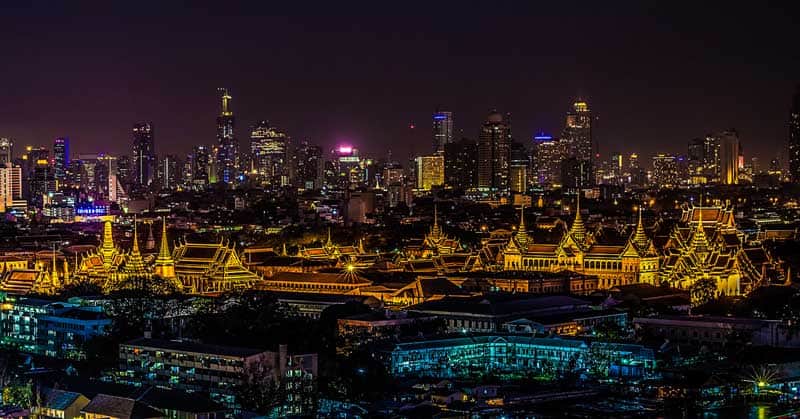 The Grand Palace in Bangkok. Image by Sasin Tipchai from Pixabay

It is a great spot to check out and to witness one of the well-maintained buildings of the kingdom. Even if you are in Bangkok for only 1 day, you should definitely visit the Royal Palace.The royal family resided here till 1946, then relocated to Chitralada Palace (also in Bangkok). But in the Great Royal Palace, solemn events, royal weddings and state receptions are still organised, consequently not all halls and buildings of the Palace complex are available to visitorsIt is a huge place, resembling the strength of the Kingdom.

If you are searching to see royal art, royal palace, and historical Bangkok, this is the place you should visit. Now management offers free guides several times a day ( one is at 10: am ), so you need to plan cautiously. The audio guide is also offered in various languages English, French, German, Japan, China, etc. in 200 THB with headphones (rental). 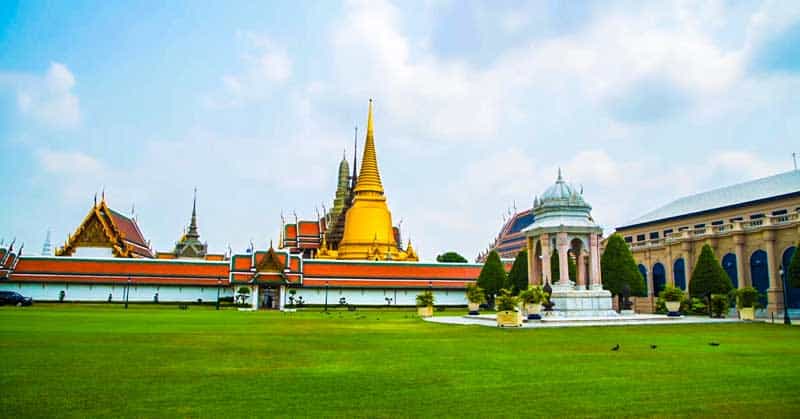 The Grand Palace by Kim Aroon.

You can also hire a personal guide who will describe your culture, religion, history and architecture importance. The place could get congested and lacking shade on hot sunny days so Bring water if you wish to avoid overpaying. There’s also a small of the Angkor Wat that appears great. It’s free for locals and for overseas 500 THB is the entry fee.

There is a proper dress code which you have to follow. Check out this guide for more details.

Temple of the Golden Budha 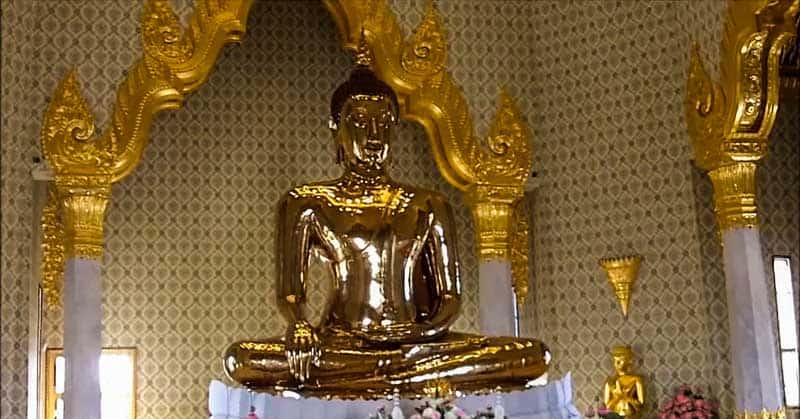 Temple of the Golden Budha by Kim Aroon.

The etched minor detailing is great. The statue of Buddha, which is the main attraction here, contains over 500 gold. The temple is furnished with conventional artifacts and is positioned right in the middle of Chinatown. It has four floors. It becomes chaotic in the evening, so it is advised to visit the place in the morning.

If you are looking for a cheap Buddhist temple ticket in Bangkok, this is the smartest choice because as compared to other temples in Bangkok, it’s entry fee is significantly lower, which is 50 baht.

The development of the temple started in 1783 under the instructions of Rama I, the first king of the Chakri dynasty. After that, every following king has been personally interested in adding, restoring, and embellishing the temple throughout their rules as a way of making spiritual value and glorifying the empire.

Despite the number of visitors, everything is perfectly preserved and most well-organized. In the main temple, photography is not permitted. Even though there is a ton to see, most peoples visit to see the Emerald Buddha statue. 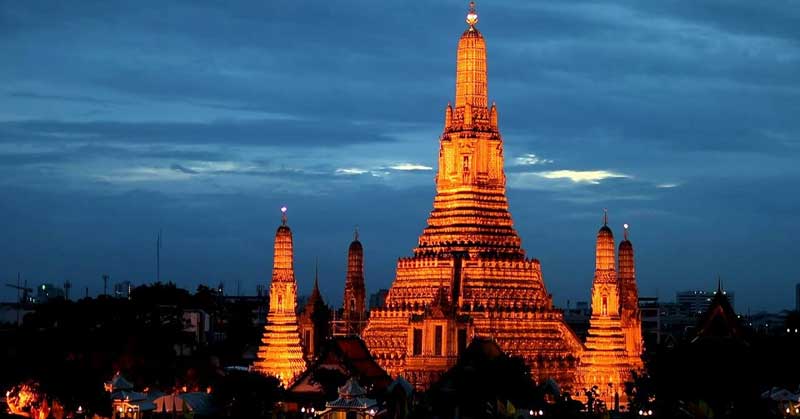 Yet another spectacular temple complex in Bangkok dates back to1600 and is even noticeable from the Chao Phraya River. This temple is recognized as the favorite and photographed temple in Bangkok, featuring a soaring 70-meter-high spire furnished with tiny colored glass and Chinese ceramic components.

The whole temple is protected in decoration–much of it floral–made using primarily regular home objects of strongly decorated porcelain. The carrots and watermelons were designed by competent hands producing an incredible masterpiece of design. It is possible to feel the passion for this incomprehensible place when you step foot on the grounds. 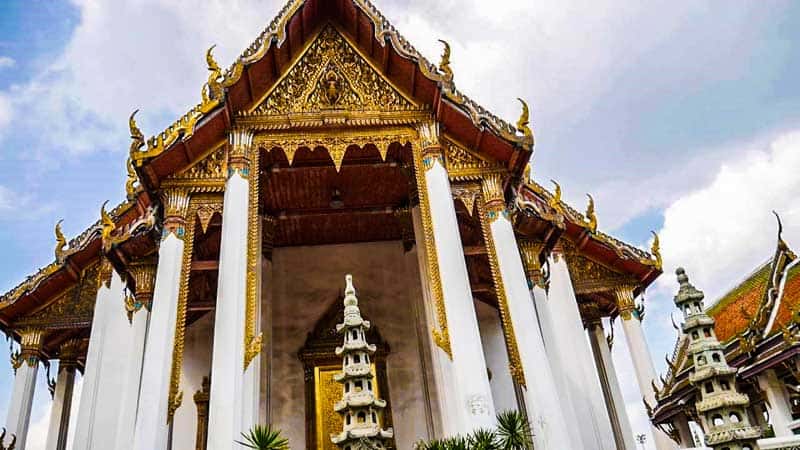 The first king from the Chakri dynasty, who is now in power in Thailand, took an 8-meter statue of Buddha to Bangkok from Sukhothai. Festivities in the city on the occasion of the arrival of the shrine went on for a week. The sacred relic was shipped by barge across the Chao Phraya River, and then with wishes was carried to the place of set up.

The ruler of Siam in person took part in the procession and went barefoot together with the monks. Wat Suthat is situated on Bamrung Muang Road in the historical area of the capital opposite Bangkok City Hall. Within easy reach, there is a bus stop for routes No. 8, 10, 12, 19, 35, 42 and 508.

Going to a masterpiece of Buddhist architecture can be put together with a visit to the Temple of the Emerald Buddha, the Royal Palace and Wat Pho. There aren’t any metro stations close by. The famous Khao San Road and Chinatown are super easy to walk and take 10-15 minutes.

Have you been to Bangkok? Which of these temples sound the most interesting to you? If you’ve visited Bangkok, what were your favorite temples to see?

Kim Aroon Kim is a travel blogger based in Bangkok. He is also a computer engineer & dreamer. He often writes Bangkok related content. You can read his content on his blog, Bangkok Travel Point.

The rice terraces of Batad, Philippines, are over 2000 year old feats of engineering. Hike into this UNESCO heritage site to glimpse traditional farming.

Top 10 Adventures To Have In Turkey

Turkey is one of the newest adventure destinations! Find history & culture, with adventures from ballooning to sleeping in a cave to hiking.

Myanmar is far away from the hustle and bustle of Western countries. This Asian country, once known as Burma, is a welcoming destination.

Discover all there is to Jakarta, Indonesia! This destination has everything for tourists from shopping to museums all at budget prices.

The photo in the header above is of Wat Phra Kaew in Bangkok, Thailand. Photo by the article author, Kim Aroon.

Kim Aroon is a travel blogger based in Bangkok, Thailand. 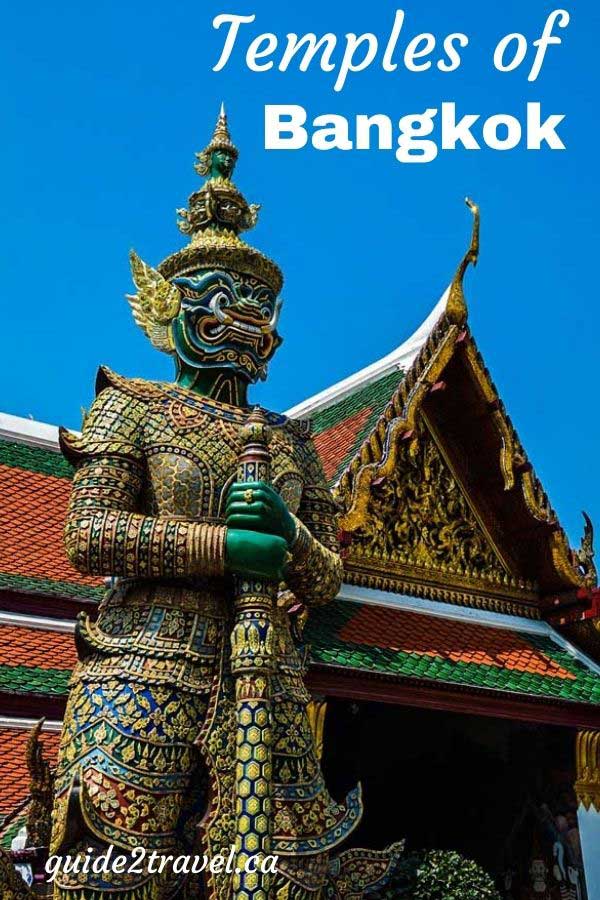 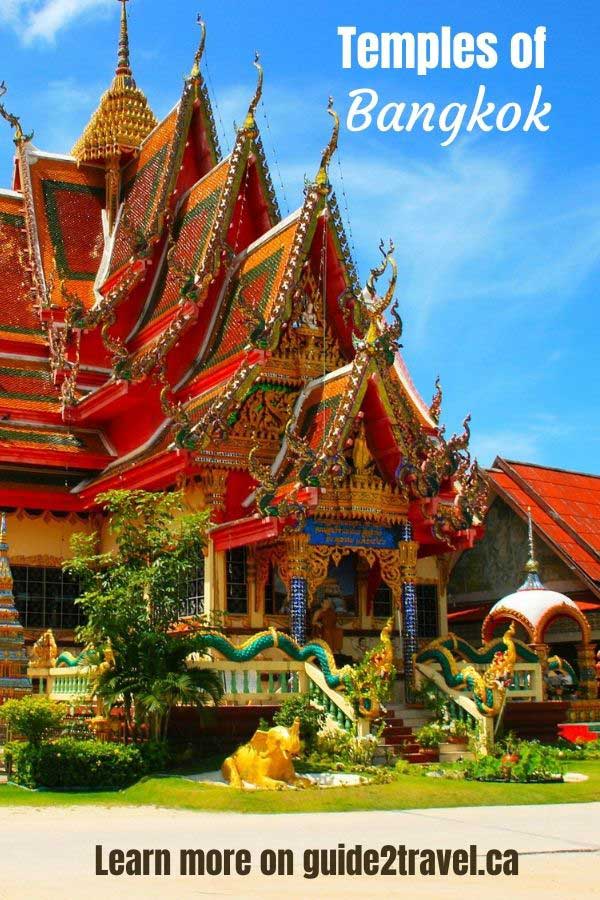