...travel adventures with a twist of history Latest ArticlesAdventures
;
British Columbia (BC) is the most western province in Canada and is home to over 5 million people. The province is situated between the Pacific Ocean and the Rocky Mountains, giving it some of the most magnificent views for any nature-lover.

Below are some of the best ways to experience BC’s incredible sites.

About an hour drive from Vancouver, Shannon Falls Provincial Park holds some of Canada’s most compelling sites. Originating from the alpine massif below Sky Pilot Mountain and the Stadium Glacier, the Shannon Falls powerfully tumble 335 meters down, over granite cliffs, to the valley below.

The park is located just off the highway and offers a nice picnic area and a BC Parks kiosk. The hike to the base of the falls is short, easy, and great for any beginner-level hikers. The Shannon Falls Trail follows along the base of the falls through old-growth Douglas Fir, Hemlock, and Western Red Cedar. As you are surrounded by trees, there are various viewpoints along the way. There are even points to walk into the boulders at the base of Shannon Creek.

Although this is a great stop for nature-lovers who are not looking for an adrenaline rush and just to see the beautiful sites Canada has to offer, Shannon Falls Provincial Park still has a lot of adventure to offer. There are also some great rock formations to climb at Shannon Falls.

The local favorites are mainly the rock slabs to the south of the falls, which include the slab of Local Boys Do Good and the immaculate Klahanie Crack. The far south end of the falls offers the Gobsmacking Wall, which is steeper and more intense.

If you are not interested in hiking or climbing, you don’t have to miss out on the Falls’ spectacular view. The park’s location is conveniently situated adjacent to a Gondola, allowing for magnificent bird’s eye views.

Take a Walk on the Capilano Suspension Bridge

The Capilano Suspension Bridge is a great site to see no matter the season or weather when you’re in British Columbia. As the current bridge is 140 metres (460 ft) long and 70 metres (230 ft) above the river, you are always treated to fantastic tree-top views.

The bridge was originally built in 1889 by George Grant Mackay, a Scottish civil engineer and park commissioner for Vancouver. It was originally made of hemp ropes with a deck of cedar planks but was replaced with a wire cable bridge in 1903.

The bridge changed owners several times in the early 1900s, all making minor changes, but the bridge was completely rebuilt in 1956. In 1983, the bridge and the surrounding park were sold to Nancy Stibbard, the current owner.

Since then, annual attendance has steadily increased and Treetops Adventures was opened, which consists of seven footbridges suspended between old-growth Douglas Fir trees on the west side of the canyon, forming a walkway up to 30 metres (98 ft) above the forest floor. The park now receives over 1.2 million visitors annually.

The bridge truly has an iconic quality, which has been spotted by Hollywood as the park has been the setting for several TV series including MacGyver, Sliders, and Psych.

The Capilano Bridge is a must-see. As you walk over the Capilano River on the bouncy bridge (people often say it is bouncier than they expected) you are overpowered by the combination of beauty and adventure.

Established in 1988, Joffre Lakes Provincial Park is located 35 km east of Pemberton in British Columbia, Canada. The park is home to three glacier-fed lakes that are named the Lower, Middle, and Upper Joffre Lakes. Although any glacier-fed lake is quite stunning, what sets the Joffre lakes apart is the rock flour in the water reflects blue and green waves, and gives the lakes a bright turquoise color.

Joffre Lakes is not only a popular destination for its sights but also due to the wide variety of activities it offers. Many enjoy fishing in the lakes (with a license). The park is also a favorite among avid campers as it has 26 small gravel campsites available for campers at the south end of Upper Joffre Lake.

The campsite also offers certain amenities such as one pit toilet and a bear-proof food storage unit for the convenience of campers. You can camp at the park all year round, but during the winter camping is often recommended at the Middle Joffre Lake due to the high avalanche risk.

It is a popular destination for hikers in the summer and mountain climbers in the winter due to its scenic lakes, glaciers, and challenging peaks. Hiking is a must if you visit this park as the trails offer beautiful and unique views of the lakes and glaciers.

The trails vary in difficulty as Lower Joffre Lake is a short distance away from the parking lot with no elevation gain and the trail to Middle and Upper Joffre lakes are more challenging due to the greater elevation gain.

There is no downside to making the trip to Joffre Lakes Provincial Park as it offers something for everyone and the views are once-in-a-lifetime. The only downside to this park is that dogs are no longer allowed, so plan accordingly if you are traveling with a furry friend.

For those who crave adventure while seeing the beautiful sites of British Columbia, heli-skiing is for you. Heli-skiing is off-trail, downhill skiing or snowboarding reached by helicopter, instead of a ski lift. In the late 1950s helicopters were used in Alaska and Europe to access remote terrain but became commercialized in 1965 in Canada by Hans Gmoser as his goal was to combine, lodging, transport, and guiding.

Heli-skiing has been growing in popularity over the years due to the fact it allows you to experience 432,000 acres of big mountain terrain that every skier or snowboarder craves to experience. Depending on the company you chose to go with, you can view up to 173 glaciers and choose between 475 runs.

For Jeremy Wien heli-skiing in BC was a major highlight of his many vacations in Canada. “Heli-skiing at Whistler is beyond incredible,” says Jeremy. “Jumping (just a few feet, but still) out of a helicopter, onto a mountain peak the size of a coffee table, skiing in the freshest powder on an untouched mountain is a breathtaking combination of exhilaration and serenity.”

Moreover, as Whistler can be one of the most popular places to ski during certain times of the year, the heli-skiing experiences allows you to have the rare experience of enjoying the mountain crowd-free: something every skier and snowboarder longs for.

Pick from a Myriad of Activities at Whistler Olympic Park

The Whistler Olympic Park is a great stop for any sports fan as it hosted the 2010 Winter Olympics in British Columbia. The facility hosted the biathlon, cross-country skiing, Nordic combined, and ski jumping. After the Olympics, the facility remained public, adding to the experience of the nearby wilderness trails and alpine routes that are frequently used.

After the two year construction and building the park saw, it now has the world-class features of a 14 km (8.7 mi) of cross country and biathlon trails, two ski jumps, and another 20 to 25 km of recreational trails built. There is also a permanent Biathlon range which can be used daily and there is a public cross-country and backcountry ski facility.

Overall, $119.7 million was spent on the facilities and it shows. As the spot on this list that is closer to the city, it offers a Day Lodge that is over 1,000-square-meters that includes a gift shop, cafeteria, washrooms, lounge, and rental center.

This BC park still offers some of the highest-quality trails and slopes amongst the spectacular landscape. In the winter, you can enjoy cross country skiing, snowshoeing, and biathlon. In the summer, you can experience the Olympic legacy and its sports through hiking, the interactive Summer Biathlon Experience, or even golfing.

Jason Ortiz is a travel and entertainment blogger at Chowder Bucket.  He has traveled to over 20 countries and hopes to someday visit every country on Earth.  In his travels, he often gets involved with local humanitarian efforts and is a believer in open borders making for a better world.

The Fort Nelson Heritage Museum archives the local history of transportation, and preserves the machinery of the past, along with other artifacts, to tell the story of this Northern British Columbia community at the Mile 300 marker of the Alaska Highway.

The photo in the header above is of the Capilano Bridge in North Vancouver, in British Columbia, Canada. Image by ArtTower from Pixabay

Jason Ortiz is a travel blogger who has visited over 20 countries so far. 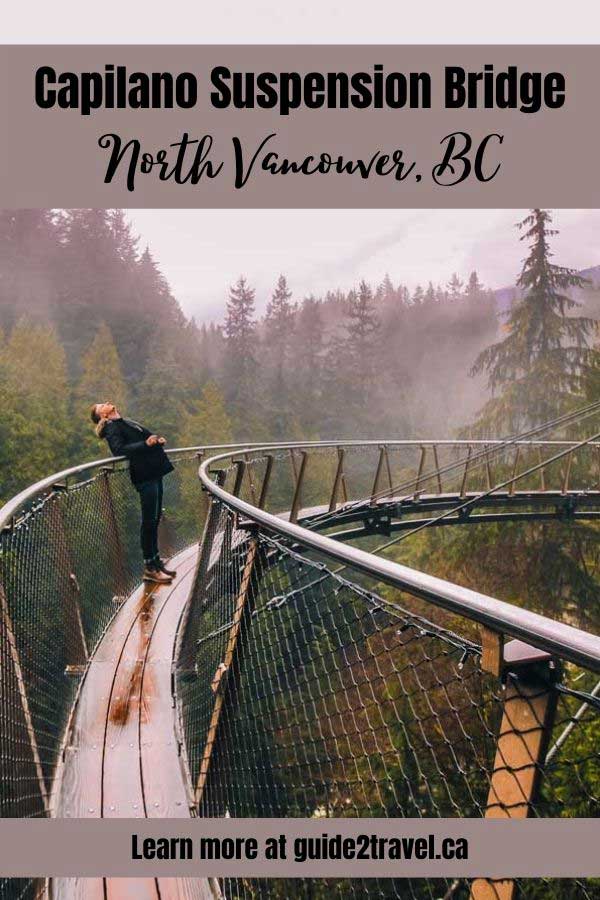 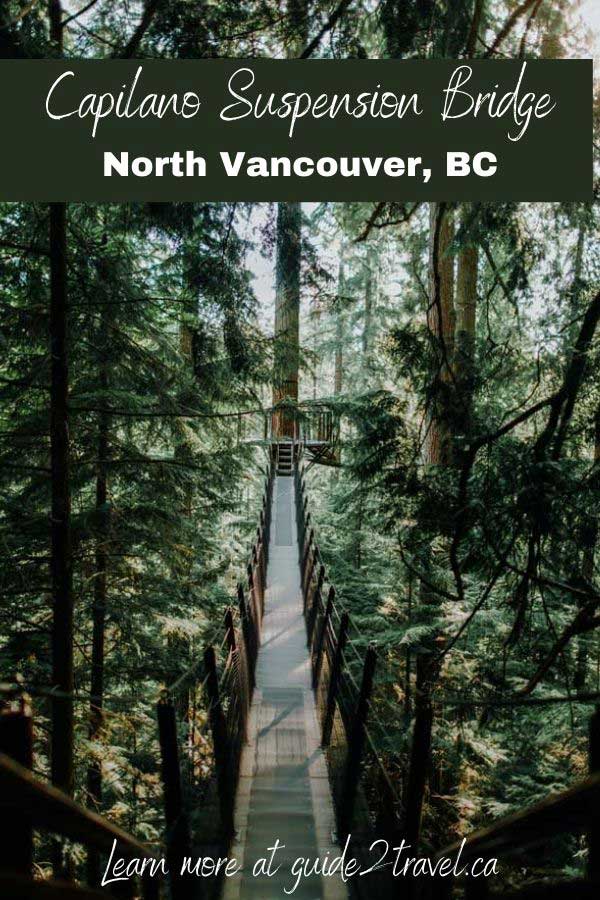