Porto, or Oporto as it’s also known in English, is the second most populated city of Portugal. Tourism has grown a lot in the last few years, and the city now receives tourists from all over the world.

There are many monuments and places with historic relevance that deserve a visit in Oporto. Go up the 76 meters of Clerigos tower to view the city and get to know it’s church downstairs. Feel the typical Bolhão market atmosphere and meet it’s friendly sellers. Visit the largest Synagogue in the Iberian Peninsula and learn more about the Jewish community in Porto.

Check out the recently renovated Crystal Palace and watch one of its shows. Finally, enter the imposing railway station of São Bento and enjoy it’s magnificent tiles or catch a train to other destinations In Portugal. 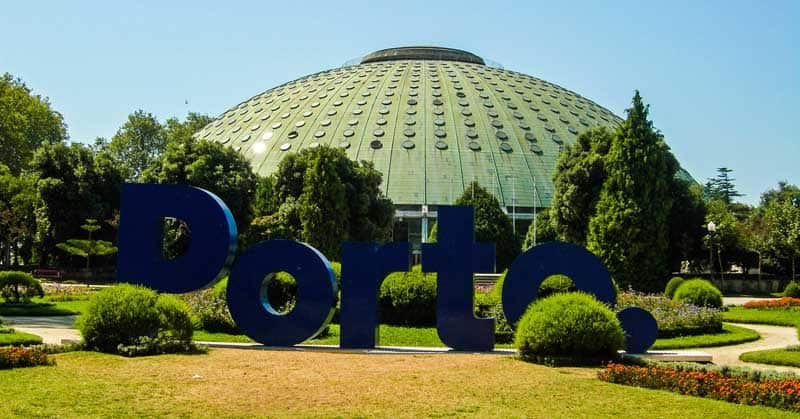 Crystal Palace is a mandatory place to visit. It began to be built in 1861 and was inaugurated in 1865 by King Luis. This construction was related with the International Exhibition, which took place in the city that time. This event was organized by the Industrial Association of Porto and had exhibitors from several countries such as France, Germany, Belgium, England, Brazil, Spain and Japan.

Since 1933, the Pavilion and the gardens belongs to the City Hall. It should be noted that the original structure was demolished in 1951 and there is a pavilion with a green dome called “Pavilhão Rosa Mota”. The name is a tribute to the famous and successful athlete of Porto.

Currently it has acquired a more commercial name and is now called Super Bock Arena. Over time, this space has hosted several sporting events of various disciplines such as hockey, basketball, handball, volleyball and skateboard. Other events also passed through the pavilion like the book fair, congresses, circus, theater and concerts.

In the gardens, you’ll find a lot of trees and plants variety like araucarias, camellias and rhododendrons. The Almeida Garrett Public Library is an important leisure and culture place inside the gardens. In addition there are some thematic gardens like medicinal plants garden and the aromatic plants garden.

Beside the natural richness, the public can enjoy an incredible river view and also Porto and Gaia view. At the entrance there are giant blue letters with the city’s name like it happens in other European cities. It’s a modern structure which identifies Porto and it’s well located inside Palace gardens.

Clergios Tower is one of the city’s most emblematic and famous monuments. It was designed by the Italian architect, Nicolau Nasoni, and inaugurated in 1763. This 76 meter baroque building was the tallest in Portugal at the time of it’s construction. The main materials used in the tower were granite and marble.

The tower is considered a National Monument by the Portuguese Institute of Architectural Heritage since 1910. To go up the tower, you’ll climb the 240 spiral stairs. The effort is compensated by the magnificent panoramic view of the Douro River and the city. You should also get to know it’s beautiful church with it’s unusual shape. It should be noted that Nasoni was buried in the church to distinguish the artist who created this monument. The day ticket includes a visit to the tower and museum. 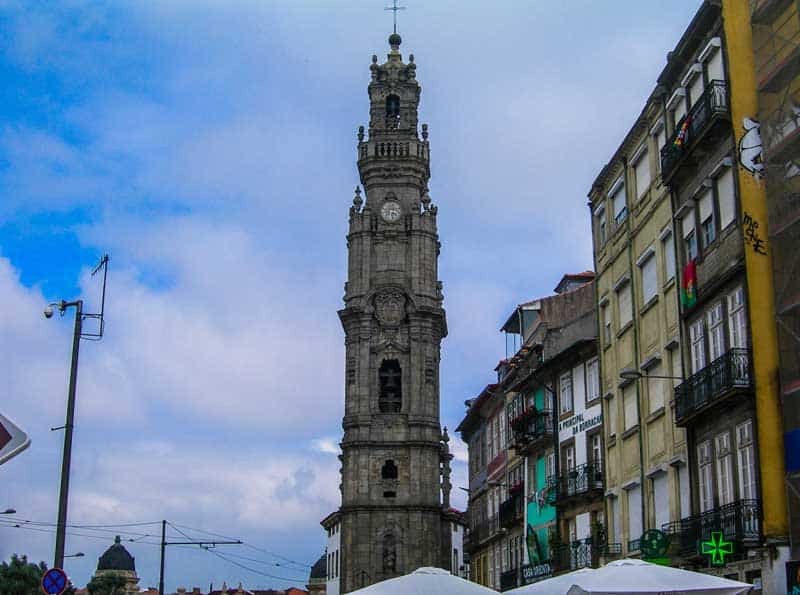 The price increases for guided tours of the museum, church and tower. Since 2015, the tower has a night time schedule (19h-23h). The price of this schedule is generally lower. For those who choose the single ticket, you also have access to the Mercy Museum, located in Flowers street, and the Stock Exchange Palace in Ferreira Borges street.

It’s considered an essential place to be visited by both inhabitants and tourists. It is the largest, most famous and crowded market in Porto. Since 2013 it is considered a Monument of Public Interest. It is a neoclassical style building composed by two floors and started to be built in 1839.

You can find this market in the city center. It is an old structure which has undergone several renovations, the last one is currently in process. After the works, it is expected to have a restaurants area on the second floor and the market itself on the first floor. During the winter the space will have a new artificial heating system.

The market includes various types of sellers and it is possible to find fresh products such as fish, meat, vegetables and flowers. Outside, there are some clothing shops, perfumeries and cafes.

Outside the city center there is a large and important religious place, the Porto’s Synagogue. It’s the largest in the Iberian Peninsula and one of the largest in Europe. Construction began in 1929 and was completed in 1938, the year of its inauguration.

It is a central local of Porto’s Jewish community which includes several nationalities such as Egyptians, Americans, Spanish, Argentinians, Israelites, Polish and Portuguese. This monument is beautiful and imposing, besides its relevant symbolism in religious and historical terms.

There’s also a guided tour in the interior of the Synagogue which requires advance booking and is available in Portuguese, English, Hebrew and Russian. It can be visited individually or in groups and is accessible to everyone since 2013. Until that year only Jews could visit it.

After the guided tour, the public gets a better understanding of how the Jewish community has evolved in the city over time, the main characteristics of Judaism and its typical events. Entry and stay in the Synagogue must respect certain rules of language and dress.

São Bento Train Station is one of most famous buildings in the city. It’s situated in downtown and it was inaugurated in official way in 1916.

Its architecture has French influence and reveals the beauty and importance that this place has in Porto’s artistic heritage and its fundamental function of connecting city to other destinations in North of Portugal. In the future is expected the station improvement which includes a hotel and cultural places.

Every year the train station is visited by thousands people who don’t have the goal to take a train journey. This way, is also a touristic place due to its outside part and mainly the inside part enriched with a vast tile panel that represents several typical situations of region.

According to the American publication, Flavorwire, the São Bento station is considered one of the 10 most beautiful in the world. It should be emphasized it’s not the first time that foreign press distinguishes the station since it’s already received other similar prizes.

Eduardo Silva lives in Portugal and enjoys travelling to learn more about cities and countries. Writing about these topics is something he appreciates and likes to share with readers.

There are lots of places to visit in Valletta, Malta, for history lovers. Its National Museum of War covers from the Bronze Age to WWII.

The photo in the header above is of the city of Porto, taken from Torre dos Clérigos (Clérigos Tower), Portugal. Photo by Buenas Dicas on Unsplash.

Eduardo Silva is a writer who lives in Portugal. 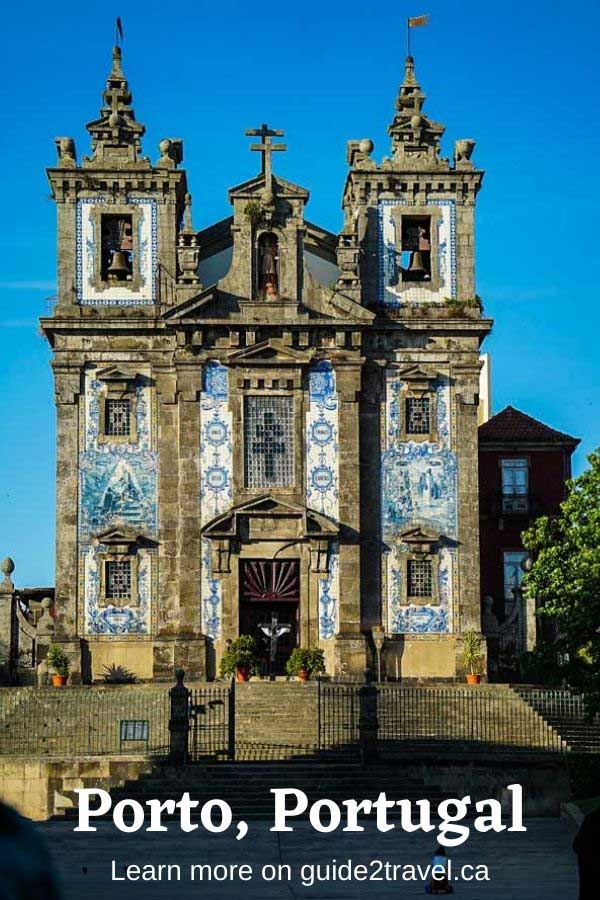 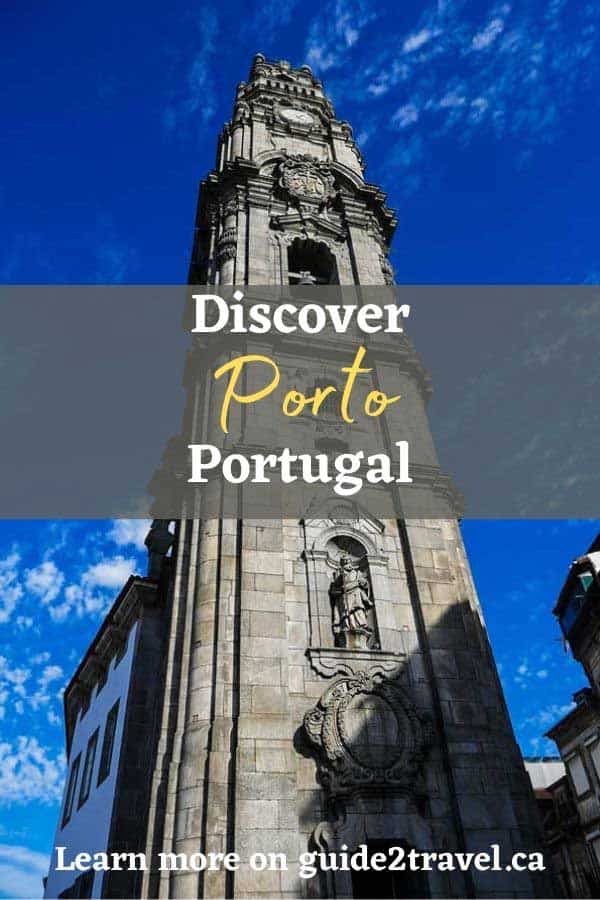