With deep roots in Portuguese culture, Macau has lots to offer in its world heritage features. The city is filled with 25 historical buildings, parks, gardens and squares – it is easy to get lost in its beauty. But tourists don’t only flock to the city because of the world heritage status, Macau is known to be the gambling spot in the world as it is the only place in China where casinos are legal.

In this review, we’ll look at things that make Macau unique and a place worth booking a flight to. 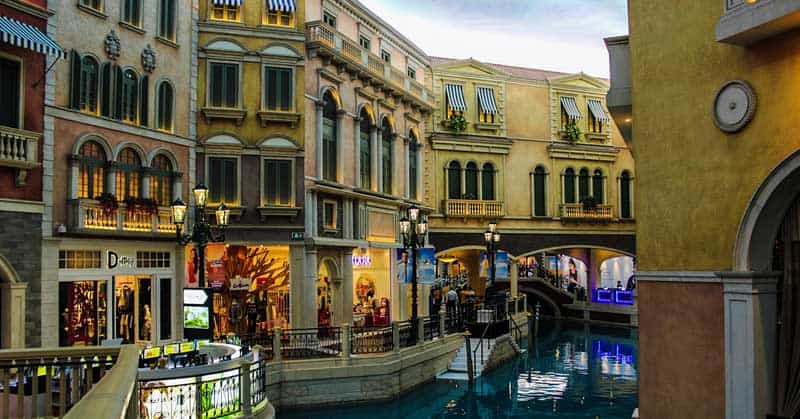 Venetian Casino in Macau. Image by Henry Wang from Pixabay

As mentioned, Macau is well known as a gambling spot, something which started once the city started receiving thousands of tourists every year. The former Portuguese colony became a gambling hub just a few years after it was handed over to China.

In fact, casinos are the second most visited locations in the city next to museums, and it’s easy to see why. Canadian visitors who enjoy playing slots and chasing jackpots will find some fantastic places to visit such as the Venetian Casino Resort, Wynn Macau and Sands Macao (to name a few). Of course, folks even choose to play at online casinos where it’s possible to make use of no deposit bonuses and other promos, as this review of Golden Tiger Casino illustrates.

The historic city of Macau was included in the UNESCO World Heritage Sites list back in 2005. It is just an hour away from HongKong by high-speed ferry with lots of historic buildings. It is a popular destination in Asia as it attracts tourists from both the East and West. The coexistence of two cultures in Macau, Chinese and Portuguese, brings up uniqueness from its architecture, religion, history, and technology.

In order for any country to be considered in the UNESCO’s World Heritage List, it must have sites that have an Outstanding Universal Value (OUV). UNESCO found several monuments that exhibited a great influence on the cultural exchange between China and Europe.

These include the St. Joseph’s Seminary Church which was the first baroque architecture. The seminary building holds relics of bones to the patron saint “Apostle of The East,” also known as St Francis Xavier. The Ruins of St Paul is also recognized by UNESCO as the Acropolis of Old Macau. It hosts the first Western-style university in Asia and has the first mannerist architecture as well.

This spurred the growth of trading in the city before the 19th century and opened up Macau for other people to settle in Macau. As the Portuguese also settled in Macau, they influenced the place with their religion, social customs, as they also built streets, houses, and churches.

The Portuguese influence was the case and continued for almost 400 years and that’s why their culture runs so deep in the city of Macau. It is Macau that you will find one of the most Western-influenced buildings in the whole of China.

Take a look at some of the best highlights if you’re considering a trip anytime soon:

Established in the 60s at the St. Augustine Square, Dom Pedro V was the first European-style theatre in China. The building’s neo-classic design is conspicuous when you cross the street as the huge iconic pillars are breath-taking. It’s a striking building with an amazingly western architecture that any Westerner would identify.

The Dom Pedro V is open to the public and is used as a venue for music, arts, dance, and various performances. Visitors are also allowed to take a quick visit into the 300-seat theatre at the lobby. It is a nice place to catch Macau’s great performances that will satisfy your historic curiosity.

It is arguably the most famous landmark in Macau and has a lot of visitors every day. It captures what remained of a church, Mater Dei and St. Paul’s College. The place’s existence was meant to show the triumph of Roman Catholicism in the city through the ornate grandeur of the site.

The site was originally made of wood with the front granite facade and the grand staircase built of stones. During the fire, the wood structures burned down, leaving the facade and the steps, what is today known as the ruins of St. Paul’s church.

Many historians believe the building was built by Italian Jesuits and the decoration was done by the Chinese and Japanese artisans and craftsmen. This is why the building’s architecture is a symbol of East-meets-West culture. There are claims that show one of Macau’s several tunnels lead to St. Paul’s college. The first person to observe this was a priest named Sarmento in 1941 and is believed to be an escape route for Jesuit priests whenever under attack.

The Macau government restored the facade and reinforced it with steel to preserve the initial building structure. In 1996, the government also built a Museum of Sacred Art and Crypt at the bottom of the ruins which included several artefacts and sino-Portuguese crucifixes.

The A-Ma temple is the oldest temple in Macau and had existed even before the Portuguese traders settled in the city. It is even believed that Macau’s name was coined from the temple. It is derived from the Chinese “A-Ma-Gau” meaning near A-Ma Temple.

The pavilions at the A-Ma temple were built at different times and the earliest structure is the Hall of Benevolence which is believed to be built in 1488. The temple was built to remember the sacred sea goddess. The construction of the pavilions is so spectacular that it is an amazing tourist attraction up to date. You can easily get lost in the various halls which are tastefully designed with a rich Asian culture.

Situated at the heart of Macau’s city square the baroque-style St. Dominic’s Church was constructed in the early 1600s by Spanish Dominican Priests. It was revamped in 1828 by the Macau government and expanded to what it looks like today.

You’ll find the Museum of Sacred Art in this church with more than 300 artifacts including religious statues in ivory, plaster, and wood, liturgical vestments and oil paintings, as well as sacramental objects for mass in gilt, bronze, and silver.

The church’s appeal is unique because it shows a mix of local Macanese features and European influences. This can be seen from its Chinese-style roof tiles and teak doors. The interior has lots of beautiful pictures and a statue of Madonna and Child.

The old mansion in Macau gives us a great insight into how the wealthy local merchant lived in the 19th century. It is close to Senado Square and has typical Chinese and Western-styes that are unique to Macau. Its architectural value was discovered in 1992 and went through restoration in the early 2000s.

The mansion was owned by Lou Va Si aka Lou Kau who was a very influential person in Macau back then. Lou Kau built the 2-storey building in 1889 with a layout resembling those of Xiguan mansions. The mansion’s main entrance is a screen erected in a typical Chinese fashion to show a sense of modesty and sincereness. Its three-by-three grid layout has 3 halls separated in between by 2 open atriums for better airflow.

Lou’s mansion is a site to visit and has been an attraction ever since its discovery in the 90s.

The Holy House of Mercy is perfectly located in the Senado Square known for its amazing white facade. The church was once a central charitable organization with plenty of welfare services like a medical clinic, helping families of deceased sailors who drowned at sea, etc. throughout its existence, the Holy House of Mercy has played a central role in making decisions regarding social and medical assistance for the underprivileged.

The well-kept colonial building is now a museum with incredible artifacts including a portrait of Sacred Heart of Jesus, donated sacrifice offerings, a sculpture of Jesus on the Cross, and the ivory sculpture of Madonna. The most popular and probably most precious relic in this sacred place is a manual script of Regulations of Macau’s Holy House of Mercy, written in 1662.

Cliff Gill is a writer who enjoys travel.

More Things to See in Macau

Four of the Most Memorable Places to Visit in Macau

Macau, situated near Singapore in Asia, is best known as the Las Vegas of Asia, but has much more to offer visitors, including a UNESCO heritage site.

The photo in the header above is of the Venetian in Macau. Image by falco from Pixabay.

Cliff Gill is a writer who enjoys travel. 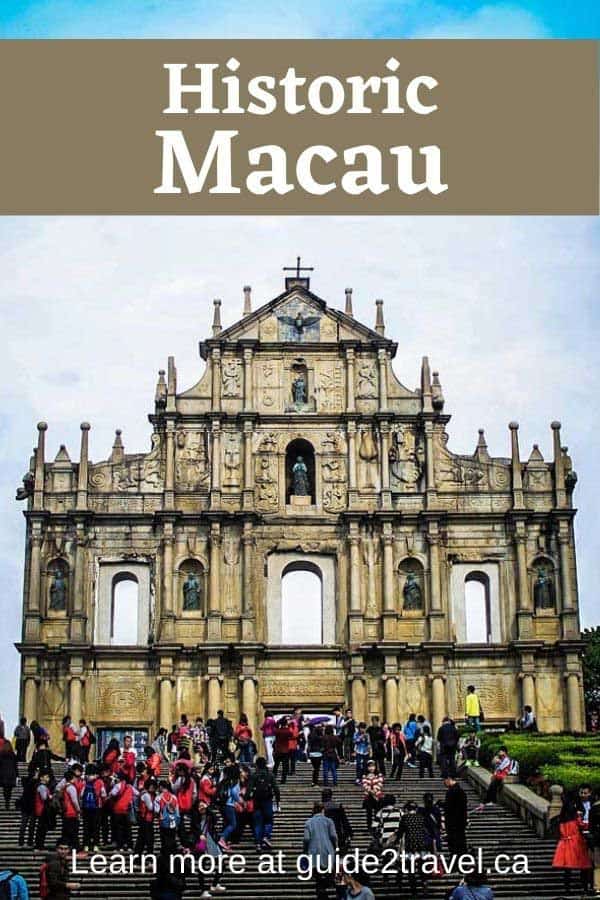