Historic and Cultural Places to Visit in Abu Dhabi

Abu Dhabi is the UAE’s capital city, the largest emirate and of course, one of the world’s richest cities. It therefore goes without stating that you could expect to take in some amazing attractions and unique experiences at its every turn. There’s even an entire island (Yas Island) dedicated to sheer fun and entertainment.

But if you’re looking for diversions from Ferrari rides, glam shopping scene, and classy architectures, believe it or not — the city is a true surprise package with some classic gems. And a visit to the following cultural and historic spots in Abu Dhabi would affirm this fact. 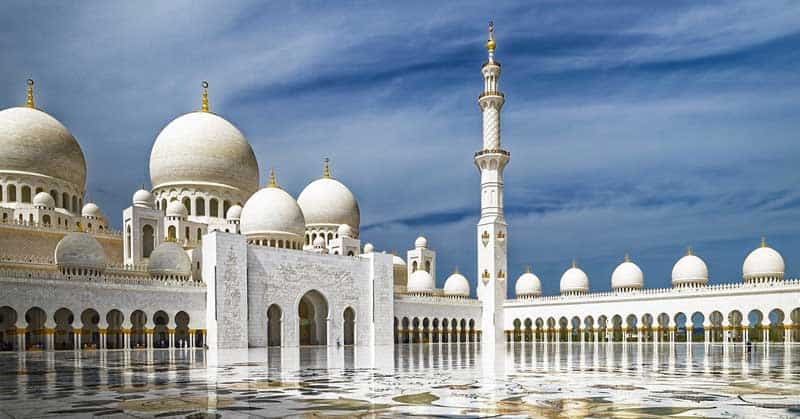 We don’t argue if you consider this marvelous vision-in-white as the highpoint of the region’s stunning architectural attractions or Abu Dhabi city tour. But what makes it a favorite of sightseers and culture lovers alike is the treasured motive for which it operates – to draw together the art diversities of the Islamic destinations.

Rightly so, this gives you the rare chance to witness the celebrated art and architecture styles of different parts of the world, from the strong influences of Emirati, Indian and Turkish to Chinese, Moroccan and Egyptian elements. So give yourself plenty of time to make a pilgrimage of this wondrous mosque with striking minarets, 80 plus columns, biggest of its kind chandeliers (studded with millions of Swarovski crystals), and mostly, the world’s largest hand-knotted carpet spanning for about 5700 square meters.

Apart from these, this is an Islamic place of interest with a difference as it allows people from all walks of life, both Muslims and non-Muslims, to visit here and that too for free.

Once a dusty fishing spot, Abu Dhabi has a long storied past and Qasr Al Hosn stands as a timeless testament to this. Built in the 18th century, it has remained the site of several historical moments throughout its existence, being once a royal residence, defensive structure, and even the seat of government.

More than that, it’s the region’s first concrete structure ever built in the region and its museums hold a vast repertoire of art and artifacts whose origin goes back to as early as 6000 BC. So don’t miss this attraction at any cost; it remains as the national archive of the country’s most significant documents and records.

As the name hints, this is built as a tribute to the country’s founding father as well as the first president, Sheikh Zayed bin Sultan Al Nahyan. A visit here lets you examine his eventful life, traditional values, and inspiring legacy that the late president had left behind. All these are beautifully presented here via amazing stories, artworks, and multimedia displays to mention a few.

Your experience begins at the Welcome Centre and also gets to take in its diverse segments such as the Heritage Garden, the Sanctuary Garden etc. And the best thing is that it’s a free attraction, ideal for all age groups.

If you’re a music lover, you can’t finish your Abu Dhabi trip without making a stop at Bait Al Oud. After all, this is a musical institution operated by Abu Dhabi Tourism and Cultural Authority to preserve and showcase the region’s deep-rooted musical heritage as well as its instruments.

And it well lives up to its name, as this gives you a detailed account of Oud – a pear-shape Arabic music instrument (with long strings) whose origin is largely attributed to the Akkadian Empire in the age-old Mesopotamia. What’s more, you’ll even get to know how this musical instrument is artistically and meticulously hand-crafted using the choicest quality rosewood and cider. Again, this is a free attraction.

This is another free attraction that art and culture lovers should not miss out in Abu Dhabi. Overlooking the colossal Sheikh Zayed Grand Mosque, this is translated as the ‘Oasis of Dignity’ and stands as a touching tribute to the Emirati heroes who became martyrs for the sake of the country.

Created by the British artist, Idris Khan, the focal point is the Memorial with 30 plus tablets that are dressed in aluminum and further lean to each other, depicting the country’s unity, harmony, strength and support that ensure safety and security to the country’s citizens and leadership. There are also other intriguing segments such as the Pavilion of Honour, Memorial Plaza, and the Visitor’s Centre.

Al Ain may be about 150 kilometers away from Abu Dhabi city centre, but this lush garden city is still very much a part of this emirate. Most people will be aware of the iconic Al Ain Oasis with its hundreds of thousands of palm trees, but its Qasr Al Muwaiji continues to be a hidden gem.

Surprisingly, this history-steeped, mud-brick structure is a UNESCO site and is undoubtedly one of the ultimate places to learn about the country’s modest past. It’s also the birth place of the UAE’s current ruler (president), His Highness Sheikh Khalifa bin Zayed Al Nahyan.

This is one of the city’s most recognizable landmarks and hence a part of the most guided sightseeing excursions. Whether you want to visit here on your own or on a city tour, this is not only a great place to visit with your family and kids, but also a fascinating spot to know about the ancient desert culture, traditions, and lifestyle.

Check out an ancient mosque, amble through the traditional souk, and take in art of creating the region’s indigenous handicrafts like jewelry making, pottery, weaving etc. There is a museum where you can take a look at the weapons, jewelry etc collected from the region’s diverse historic eras.

Sir Bani Yas Island may be known to many as the UAE’s largest natural island and also a prominent wildlife sanctuary. But little is known about its archeological wealth, nestled on the island’s eastern coast.

Dating back to over 1400 years, this remnant of possibly a church and monastery, along with some courtyard houses, is considered the country’s oldest Christian site. This came into light only in 1992, but it has given a significant slice of the region’s enigmatic past.

No list of historic spots in Abu Dhabi or UAE itself is complete without mentioning about this historic island. It’s the oldest inhabited place in the region and also once the most prominent pearl diving center in the country. It’s still a fertile ground, thanks to its plentiful supply of underground fresh water.

In fact, a visit to this island that has been inhabited for over 7000 years is a must-experience for anyone intrigued by the Emirati maritime past and culture.

For a historic journey sprinkled with fun, thrill and mystery, be sure to take a tour of Liwa oasis. More than 200 kilometers from Abu Dhabi, Liwa is a series of Bedouin settlements and oases, lying along the northern brink of the world’s largest sand desert, Rub’ al Khali or the Empty Quarter.

See lush date palms fed by the natural fresh water resources, walk over desert sands, glance into the region’s history at the sand castle of Fort Dhafeer, and most of all, go on a thrilling drive over the UAE’s tallest sand dune (Tel Moreeb.) Enrich your visit by planning an overnight camping amidst its isolated sand dunes.

No matter you’re brand-new to Abu Dhabi or just relocated or a long time visitor, take a break from the regular sights and instead venture to one of the above historic spots in Abu Dhabi. This guarantees you a refreshing escape while allowing you to trace the city’s fascinating evolution from a sleepy fishing settlement to a destination of unrivaled stature on global map.

Neha is a travel blogger who enjoys traveling, meeting new people and learning about the local culture and food. She is always looking forward to visiting new places and likes to play tennis in her spare time.

More Places to Visit in the Middle East

Discover the ultimate adventure in a Dubai Desert Safari. The desert sand dunes are amazing, whether you explore them by 4×4 or a camel!

What’s it Like to Take an Overnight Desert Safari?

A local writer takes you on a desert safari in Dubai. Discover the traditions of an authentic Bedouin camp on this incredible adventure in the Middle East.

Visit the Pearl of the Persian Gulf and Explore These Top Attractions!

Bahrain, often called the land of pearls, is a destination also rich in history. Check out the ancient history of the Persian Gulf in its many attractions.

5 Adventures You Must Take in Dubai

Find 5 amazing adventures in Dubai as you “Discover All That’s Possible” from desert safaris to the Atlantis Aquaventure Waterpark.

The photo in the header above is of the Sheikh Zayad Mosque in Abu Dhabi, in the UAE. Image by Sharon Ang from Pixabay. 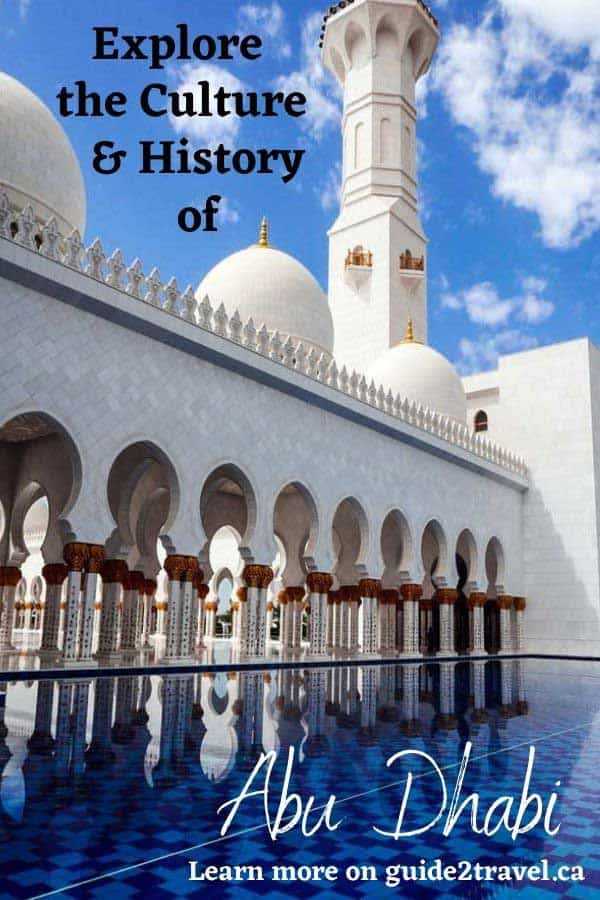