France may be one of the best known countries for romance, but you can get a taste of France in North America. Indeed the origins of Canada’s province of Quebec go back nearly 600 years to Jacques Cartier, who claimed the land for France. And no place in the province maintains these French traditions better than Quebec City.

Originally, Quebec City was the national capital of the French Empire in North America. And today, as the capital city of the province of Quebec, it’s the seat of the only francophone government in North America. In fact, the overwhelming majority of city inhabitants are native French speakers. No worries about visiting if you don’t speak French, though. It’s a popular tourism destination, so workers readily switch from French to English.

If you’re looking for the perfect romantic place to spend time with your significant other, you’re sure to find Quebec City a perfect destination year-round. 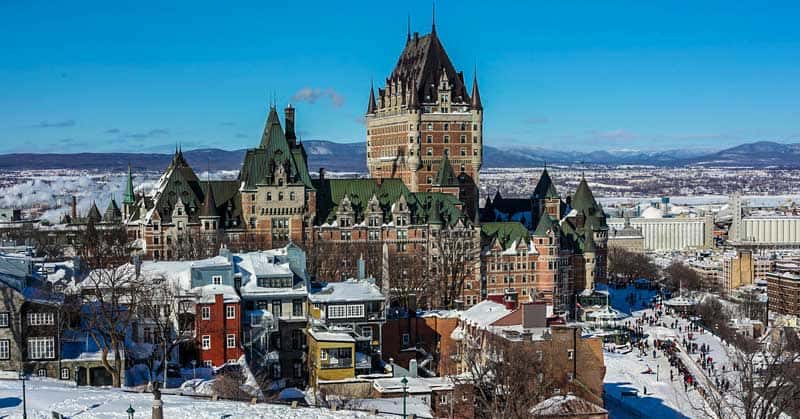 You may want to plan your visit to Quebec by starting with a romantic place to stay — such as the city’s most European styled hotel — Château Frontenac. I love castles, and this historic hotel looks like it could be a French castle! Its location, overhanging the St. Lawrence River and running along the Plains of Abraham, provides amazing views of Old Quebec from its rooms.

As you might guess, it’s an historic property and was designated as a Canadian National Historic Site in 1981. While a recent renovation made sure it offers the top amenities, its historical integrity was maintained.

With Chateau Frontenac’s 5 star, 5 diamond stay, many famous folks, from King George VI and Queen Elizabeth, to Princess Grace of Monaco, to Charles Lindburg, to Alfred Hitchcock, have enjoyed this elegant property over the years.

So, whether you want to make the hotel a central point exploring historic sites and adventure activities for your romantic getaway, or spend time relaxing in the luxurious rooms with in-room fine dining, you’ll find it the perfect choice. But if it’s not in your budget, don’t worry—there are a number of hotels in Old Quebec, such as the Hotel Manoir Victoria and Hotel Palace Royal centre-ville, Quebec.

Even if you don’t stay at Fairmont Le Château Frontenac while you’re exploring Old Quebec, I highly recommend a walk through and stopping for a drink or lunch — one of my favorite things to do. 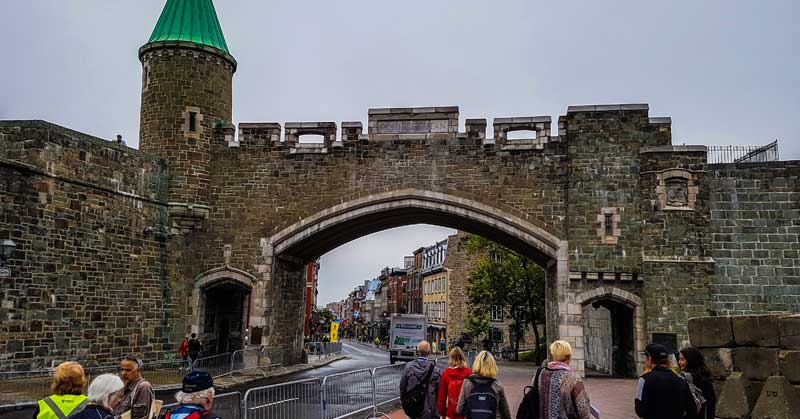 The most popular place to visit in Quebec City is Old Quebec, its historic and cultural heart. I know I never tire of exploring inside the 400+ year old sandstone wall and ramparts. The best way to explore the fortification itself though, is by walking on top of the entire 4.6 km (2.9 mi) wall, or the path next to it!

I have a few favorites when it comes to exploring Old Quebec. The Funiculaire du Vieux-Quebec is one of the best, as it not only saves you the nearly 200 feet worth of steps to get from Old Quebec on the hill down to the streets of Lower Quebec below, it’s also a lot of fun. If you’re not familiar with funiculars, they’re basically cable cars climbing steep elevations. Quebec City’s rises at a 45 degree angle, so it’s a thrill!

Quartier Petit Champlain, one of Old Quebec’s oldest, most cultural streets, is another one of my favorites. There, you’ll find quaint little shops, art galleries, bistros with tasty menus, even the Petit Champlain Theater. No matter the season, it’s a pedestrian street full of romantic spots to spend some time. 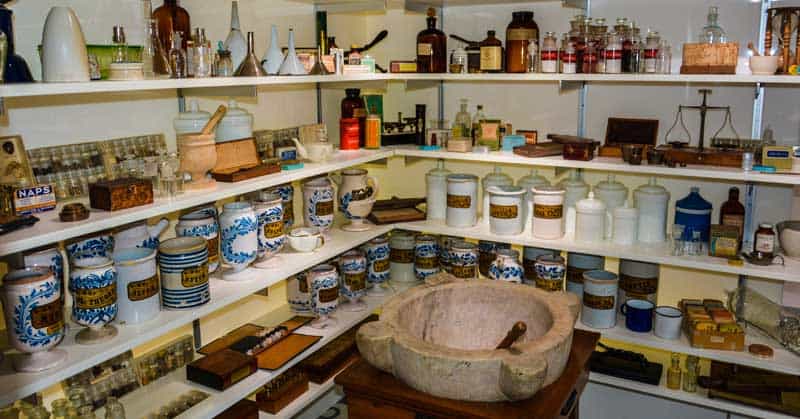 Natural remedies on display in the Ursuline Convent Museum in Quebec City, Quebec.

If you love historical buildings, as I do, Old Quebec is a treasure trove. The Ursuline Convent of Québec, with its sculptured wood chapel Pierre-Noel Levasseur between 1690 and 1736 is a must see. So is the former Convent’s museum, which has many historic artifacts including a number related to the medical and nursing skills of the Ursuline nuns. Indeed, Old Quebec became a UNESCO World Heritage site in 1985.

If there’s one thing that everyone can agree on when it comes to French culture, it’s that the food and wine are amazing. I have a number of favorite foods that top my list of things to find when I arrive in Quebec, including crepes with maple syrup for breakfast, duck confit or Tourtière, a French-Canadian meat pie, for dinner, and of course for dessert, a classic sugar pie.

Where’s a great place for some leisurely fine dining in Quebec City? I can recommend Le Saint-Amour and its chef, Jean-Luc Boulay, where you’ll also find a selection of 15,000 wines from around the world. In fact, they have one of the 10 largest wine selections in Canada. You could even run into a celebrity or two, as they’ve served famous folk such as Sir Paul McCartney and Sting and Johnny Hallyday.

And if it’s something really unique you’re looking for, try Chez Boulay: Bistro Boréal. Here you’ll find wild game, freshwater fish, wild fruits, forest mushrooms, lichen, all combined to create amazing Nordic cuisine with a French accent. I can also highly recommend the Old Quebec City Food Tour if you’d like to combine a leisurely walk, plus some history, with your dining experience.

Interested in wine tours? Try an Island of Orleans wine tour or the Quebec City sunset sea kayaking excursion with port wine if your significant other is looking for adventure!

Quebec City has a wide range of options when it comes to a special evening for two. Visit the historic Théâtre Capitole, the only remaining example in the city of the grand theatre halls of the early 20th century. From major musicals such as Cats and Generation Motown, to the Québec Symphony Orchestra and popular French artists such as Céline Dion, Robert Charlebois, and Patrick Bruel, the shows are amazing.

If you’re staying in Old Quebec, you should visit Theatre Petit Champlain for a more intimate evening. This smaller venue hosts music, theater and stand-up comedy. Of course, there are also a number of comedy clubs including Bar L’arlequin, Palace Cabaret, and Rock ‘n Roll Palace.

Quebec City is also home to the Salon de Jeux Quebec. Although a small casino, Salon de Jeux Quebec has a good selection of games and wide range of prices. When you visit, you’ll find everything from blackjack and baccarat, to slot machines and poker. The casino has a somewhat unique niche, with a courteous and attentive staff offering weekly thematic activities. You may want to practice in some online casino before you go, to get the most out of your visit. 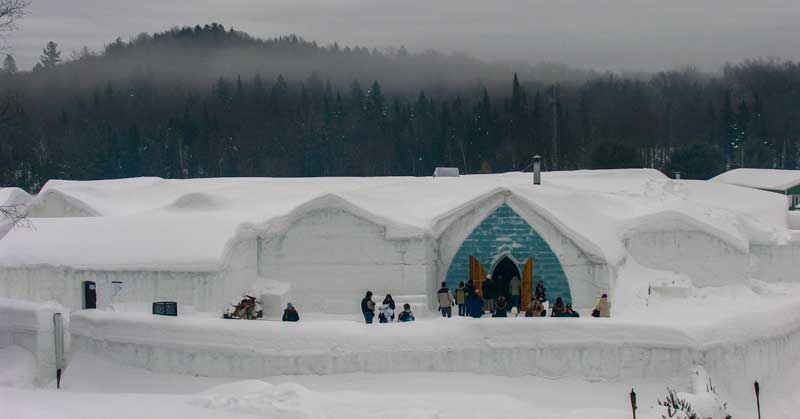 The selection of things to do on a road trip outside Quebec City is amazing. I’ve had many awesome adventures, starting with a night at the Ice Hotel — the only ice hotel in North America! Open from January through March, you can take your choice of rooms that range from basic to exquisitely carved ice and snow. Even if you don’t want to sleep at the Ice Hotel, it’s well worth a visit to walk through.

If your visit is during the winter, you can also have all kinds of winter outdoor adventures on a visit to Quebec City. Visit Valcartier Winter Playground, the largest outdoor winter park in North America, to try inner tube slides. Looking for a thrill? Try the Everest slide, the highest accelerating slide in North America at 33.5 meters high! Of course, you’ll also find skiing, skating, snowmobiling, and dog sledding within an hour of the city. 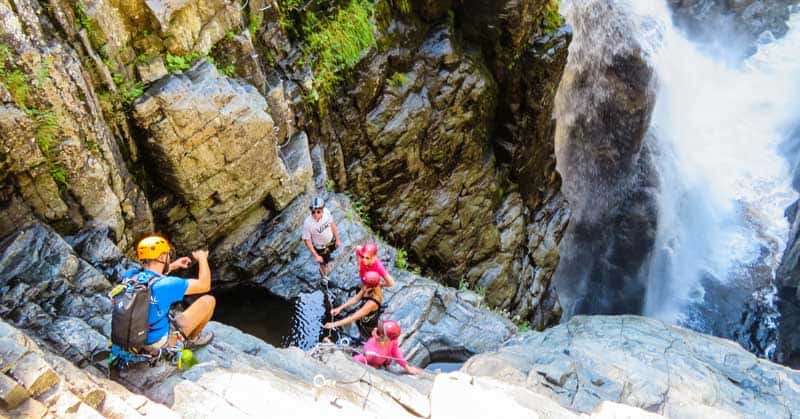 Summer offers all kinds of thrills as well, including my very favorite, the Canyon Sainte-Anne Via Ferrata. If you’re not up to the via ferrata, you can do the zipline across the canyon. You’ll also find whitewater rafting, rapelling down a waterfall — canyoning, mountain biking, or easy floats on the Montmorency River to name a few adventures outside Quebec City.

If culture is more your style when it comes to road trips, spend a day at the Site Traditionnel Huron Onhoüa Chetek8e, a traditional Huron village. I found this tour fascinating, from the longhouse, right through to the traditional Sagamité soup and wild boar panini I enjoyed in the coffee shop.

I explored all of the destinations in this article on press trips as a guest of Tourism Quebec  and Quebec City. As always, I retain editorial control over my articles, so this is an honest reflection of my experiences.

More Things to Do in Quebec

The photo in the header above is of a couple taking a ride in a horse and carriage through Old Quebec. The photo was taken in Quebec City, Quebec, Canada, by Linda Aksomitis. All of the photos in this article, except for the winter scene of Chateau Frontenac, were taken by Linda Aksomitis. 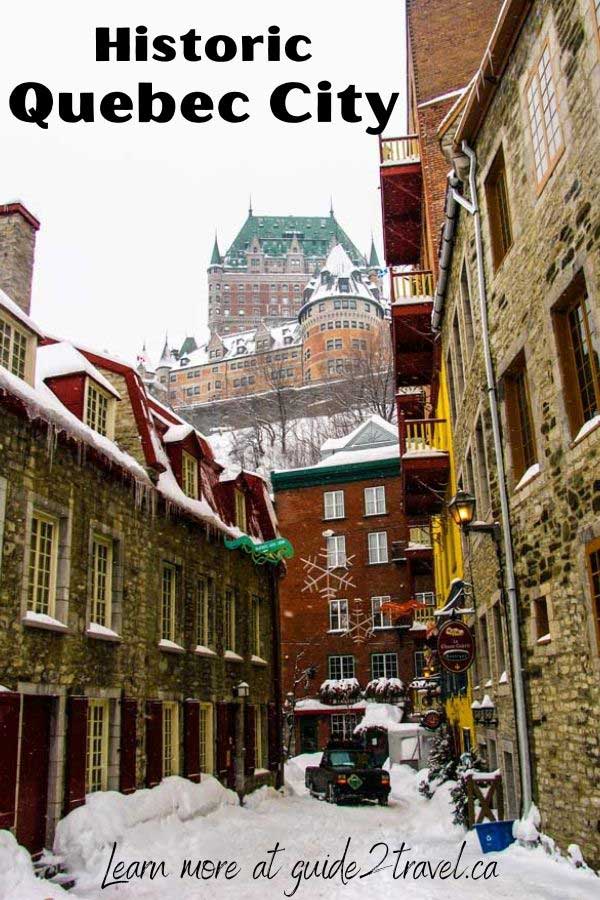 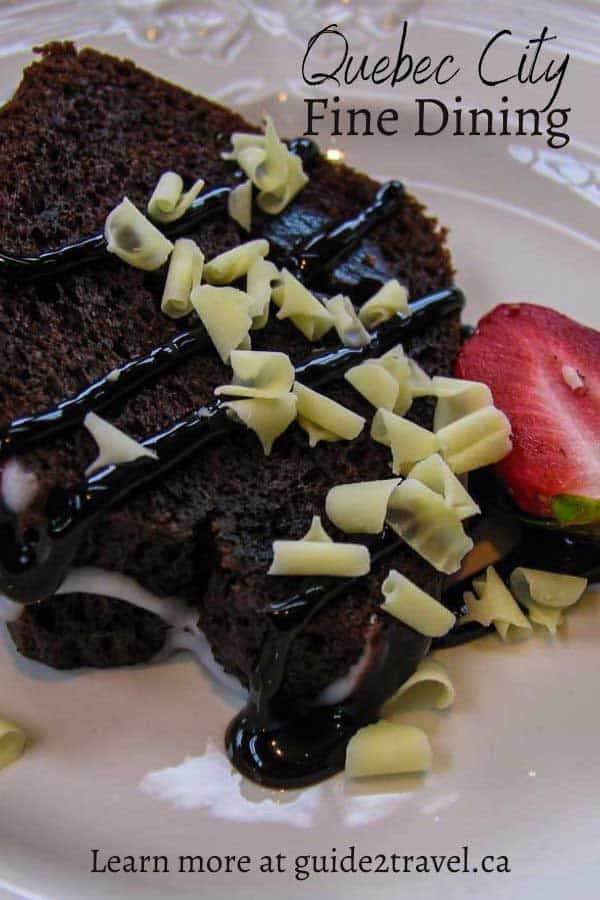 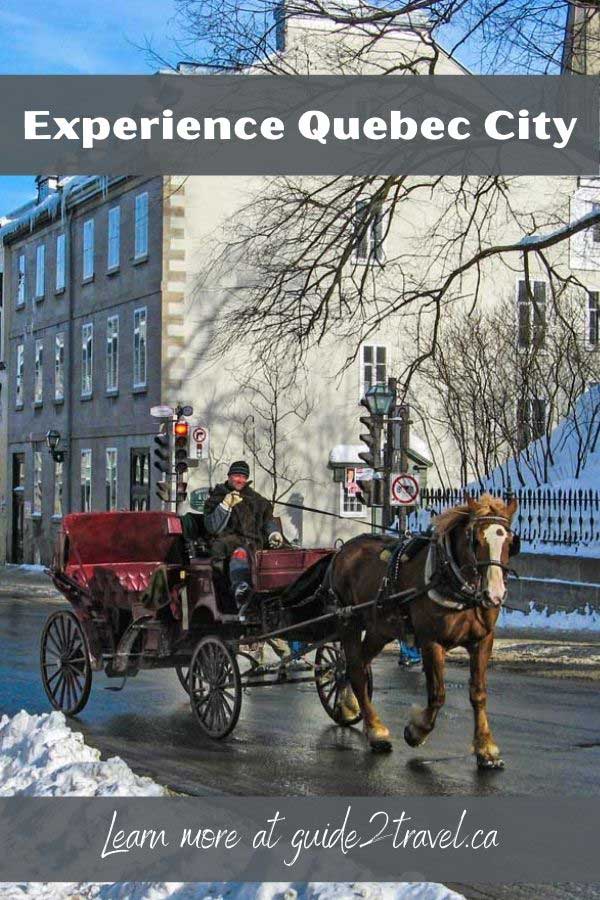