Vienna is one of the greatest hubs of culture and art in Europe, rivaling others like London and Paris. This isn’t undeserved. This city in the heart of Austria has played a central role in the development of almost any art form you can think of.

If you’re interested in learning about the city, or its imperial and intellectual heyday during the 19th and 20th centuries, you can go to institutions dedicated to Empress Elisabeth and Sigmund Freud. If you’re into classical music, the Beethoven Museum and Haus der Music should be on your itinerary.

There are also plenty of other cultural treasures to be found in Vienna, displayed in a variety of places, ranging from royal palaces that have been turned into museums and exhibitions to natural history collections. Some of them are even dedicated to specific sub-communities in Vienna.

But if you really want to be spoiled for choice, it’s art history you should be exploring. Vienna is home to some of the most prominent artists of the 20th century, such as Oskar Kokoschka, Egon Schiele, and Gustav Klimt, among others.

There are many art collections showing the great influence that these masters brought to the world of art. You could end up spending an entire weekend exploring such places as the MuseumsQuartier, the Albertina, the Belvedere Palace, and the Kunsthistorischhes Musem all alone. To help you avoid getting overwhelmed, here is a list of the top 10 museums to see in Vienna.

Sigmund Freud was a famous psychologist and father of Psychoanalysis who lived in Berggasse 19 for 47 years before the Nazis arrived in the city. At that time, he and his family were forced to flee to London.

His house has since been turned into a museum, carefully curated and including a wide variety of personal items, letters, and archive footage, all of which work together to tell the story of one of the greatest thinkers of the 20th century in its fullness. The museum shines a bright light on Sigmund Freud himself, his work, and the state of Vienna at the height of its heyday as an intellectual hub.

The Sisi Museum is dedicated to the rather sad story of the life of Empress Elisabeth. She was married to the Emperor Franz Joseph I at a rather young age and was, in her day, counted among the most beautiful women in all of Europe. Many have compared her to Princess Diana.

The Museum includes the apartments where Elisabeth and her husband lived, offering great insight into her life via poems, wooden exercise equipment, portraits, and other personal items. The collection even includes her death mask and the file used in her assassination.

Vienna used to be home to the world’s oldest Jewish Museum, which was founded in the city in 1895. Sadly, however, the Nazis shut and plundered it in 1938. It was then reincarnated about five decades ago and now spans two sites: The Judenplatz and the Dorotheergasse.

Not only does the Jewish Museum preserve the memory of the Hews that were killed during the pogroms and the Holocaust that came after them, but also shows the sheer size of the contributions that the Jewish population of Vienna made to the city over the the centuries.

This is the main attraction of the MuseumsQuartier. The Leopold Museum is home to the largest collection of the works of Egon Schiele in the world, and also includes works by others, such as Gustav Klimt and great examples of the Wiener Werkstatte design movement that was born in the early 20th century.

The collection offers a beautiful contextual view of the artistic period in the early 1900s in Vienna, showing some of the most beautiful works of art in Europe.

The Belvedere Palace actually consists of two palaces from the Baroque era. They are separated by two manicured gardens and between them have great panoramic views of the city and house many great art collections.

The upper Belvedere, in particular, is famous for ‘The Kiss’ by Gustav Klimt and works by Oskar Kokoschka and Egon Schiele. The lower palace is the former residence of Prince Eugene and hosts a lot of temporary exhibitions.

This one of the greatest museums of fine art in the world, playing host to many great works of art acquired by the Habsburgs. It includes works by Van Dyke, Rubens, Canaletto, and Bruegels, among others.

The building itself is also quite impressive, with an interior dressed in stucco, marble, and granite. It also contains murals by Hans Makart and Gustav Klimt, among others. If you’re looking for an excellent example of Austro-Hungarian design, this is one.

This is home to one of the world’s greatest collections of graphic art, including a sketch of a hare by Albrecht Durer. So fragile is this sketch that it only ever goes on display about once a decade. There are many other great names in the archive, including Leonardo Da Vinci. There are also many temporary exhibitions, so be sure, to include Albertina in your itinerary.

The Weltmuseum has a large collection of post-colonial anthropological objects, still acquired by the Habsburgs, including a feathered Mexican Headdress that is centuries old and objects acquired by Captain James Cook on his many travels.

“MAK” stands for “Museum of Applied Arts” (an English translation of the German abbreviation). It’s a great space in a neo-Renaissance building showing the evolution of design practices over different eras. It includes a collection of Judendstill furniture, the Stoclet Frieze mosaics of Klimt, and much more.

Finally, there is the building where the great pianist and composer wrote his Heiligenstadt Testament letter, in which he expressed despair over his failing health and the loss of his sense of hearing. As his deafness became more severe, he documented most of his personal life in extraordinary detail in letters and notes.

This is therefore a great exhibition to learn more about the artist. There is even a lock of his hair on display, which helped to reveal the most likely cause of his death in 2007.

These are only some of the many exhibitions in Vienna. As you can see, there is plenty to witness in the city. Start with these 10 museums and discover the brilliant world of art, history, and culture that lies hidden in this magnificent city.

Joshua Sharp is a professional writer and blogger from Oxford, who is working as a journalist for a term paper writing service. He is interested in traveling, different cultures, and social connections. He started work as an author of the blog, which connected with cultural differences. He is an expert in media, art, public relations and different news. He is also fond of psychology.

Visit these 5 UNESCO World Heritage Sites in the Czech Republic to see everything from castles lived in by kings to historic towns and farms to gardens.

7 Things to Do in Dublin, Ireland

Dublin, Ireland has a rich and colorful history. Discover 7 things to do in Dublin from Kilmainham Gaol to Dublin Castle to Abbey Theatre.

The photo in the header above is of the Hofburg Imperial Palace in Vienna, Austria. Image by andreas N from Pixabay

Joshua Sharp is a professional writer and blogger from Oxford, England. 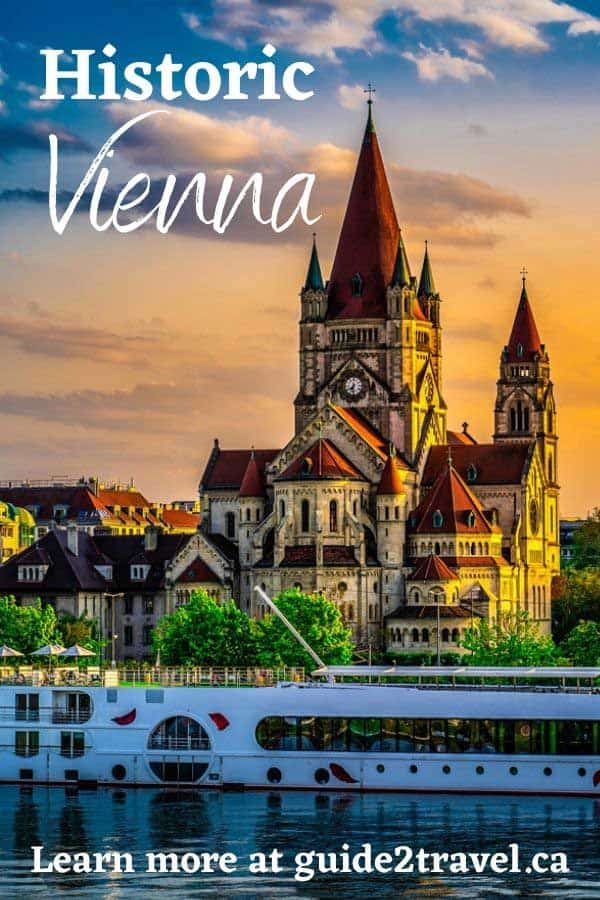 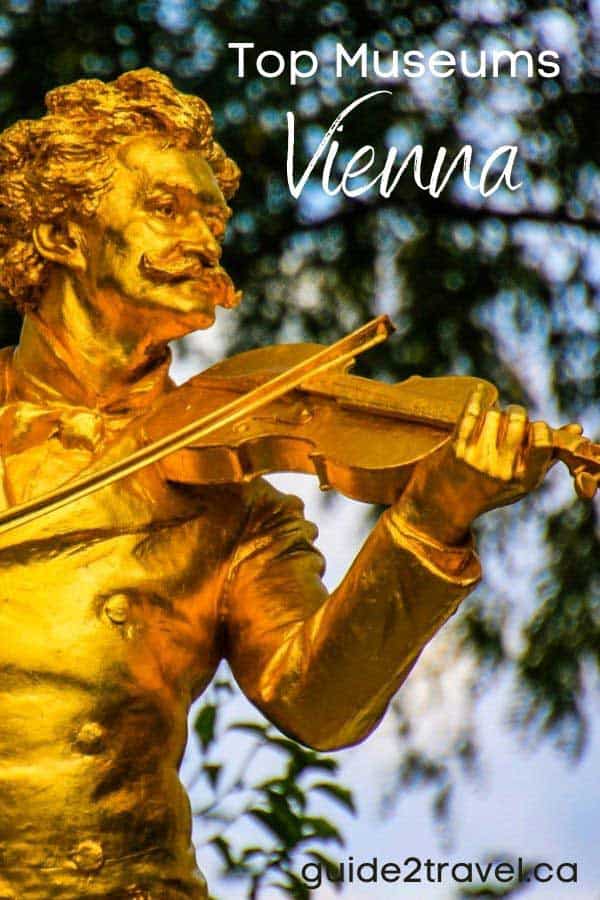 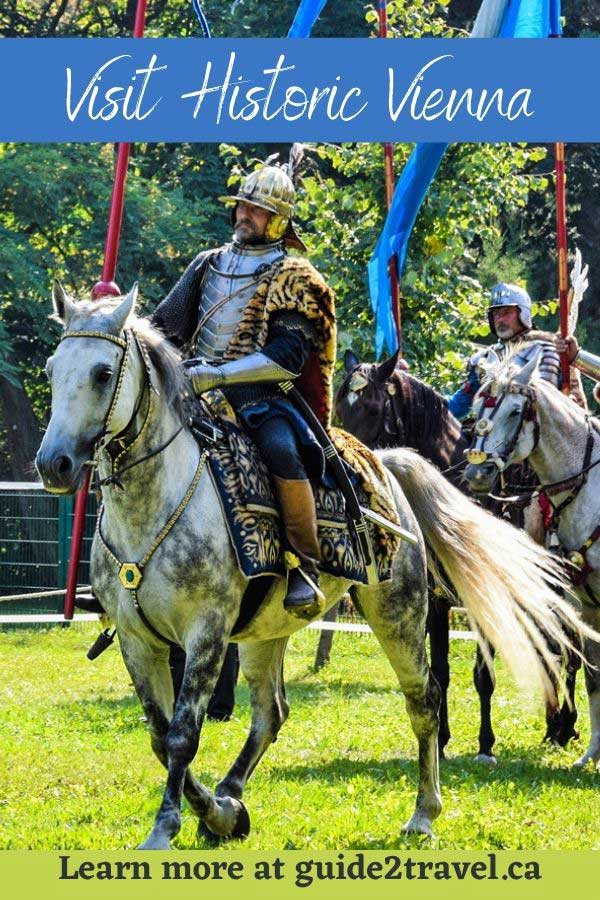