...travel adventures with a twist of history Latest Articles Adventures
;

While we all think of the stereotype when we think of Las Vegas, the city has much more to offer than shotgun weddings and dice rolls. Over the decades, artists, entrepreneurs, and even mobsters have made something that is more than its primary industry.

Aside from the splendor of the hotels on and around the strip, there are some things that a well-versed traveler must visit in Las Vegas. These attractions might not be known to everyone, but all can find them with a bit of digging.

The two first ones are easy, if you stay in the Cosmo you can find both in less than an hour. But, for the rest, you will need a field-trip. 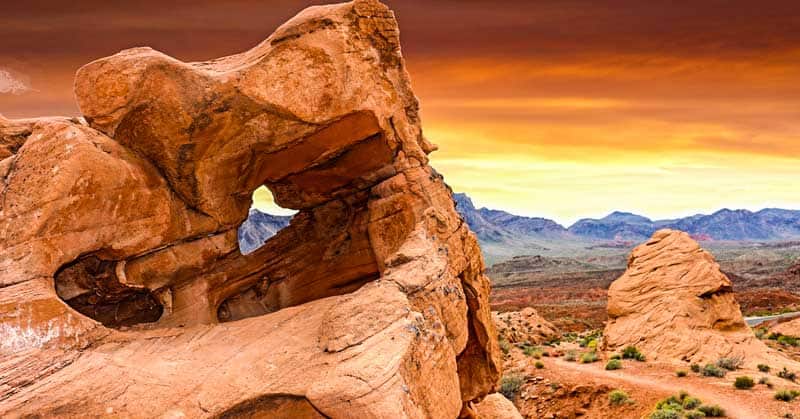 Valley of Fire in Nevada. Image by esudroff from Pixabay

Finally, while Las Vegas from the strip looks like paradise on earth with only a strange wind blowing hot air everywhere, the fact doesn’t change that you are in the middle of the desert. Don’t get lost and don’t go without ample hydration and a full cell phone battery.

Once you see a hallway laden with album covers, with a bright light on the far end, you know that you are near the place. The smell should hit you halfway there.

The ‘’Secret Pizza’’, or The Pizzeria, as it is actually called, brings the mastery and the working hours of the best places in New York to this city in the Nevada desert. And, it is a welcome place especially if you have overdone on secret #2.

One of the most popular bars in Vegas, the Chandelier, has a little secret that should be well known for those who frequent it. It is the bar’s 1.5 mid-floor with a small niche where you can find some weird and wondrous cocktails.

And, while it is possible to play many casino games online, there is no digital way to describe the bar’s signature mix, the Verbena. And unlike the drink’s namesake, the flower often called Devil’s Bane, the cocktail might invite some devils into you if you take too many.

Payment due next morning.

If something apocalyptic ever happens to us, these pillars will make some alien scientist’s carrier in the far future. Simple, yet stunning, these seven colorful pillars were made by the artist Ugo Rondinone.

Somehow, the vision of the artists was able to combine the nature and history of the land with the spirit of the new and create a piece that both stands out and feels completely natural to Sloan.

Probably as an inside joke against the authorities, one of the major museums of Las Vegas is dedicated to many of those who have co-founded the growth of the city. And while the exhibitions are now played for laughs, it didn’t used to be so funny then.

Still, there is something inherently cool in finding your way to a speakeasy, giving a password at the door, and ordering some moonshine to a live jazz band.

But, unlike Al Capone, you will need to pay that 8.25% tax on your drinks, regardless of the atmosphere.

The Valley of Fire

Last, but by no means the least, it is the Valley of Fire in the Mojave Desert. The view is something most of us have already seen in many of the movies that are filmed on the location, but experiencing it is something else.

It may be a desert, but it is not dead by any means. It is picturesque with a lot of shrubs sprinkled all over. And the huge boulders painted by nature in all hues of red stay in your memory long after you are back soaking in the pool of your hotel.

More Places to Visit in Nevada

Las Vegas has tons of things to do–many of them unexpected. Check out these four attractions beyond casinos for your next visit.

The photo in the header above was taken in Valley of the Fire State Park in Nevada, USA, by esudroff from Pixabay. The cabins in the photo are made of native sandstone and were built by the Civilian Conversation Corps in 1935, after the park was established. 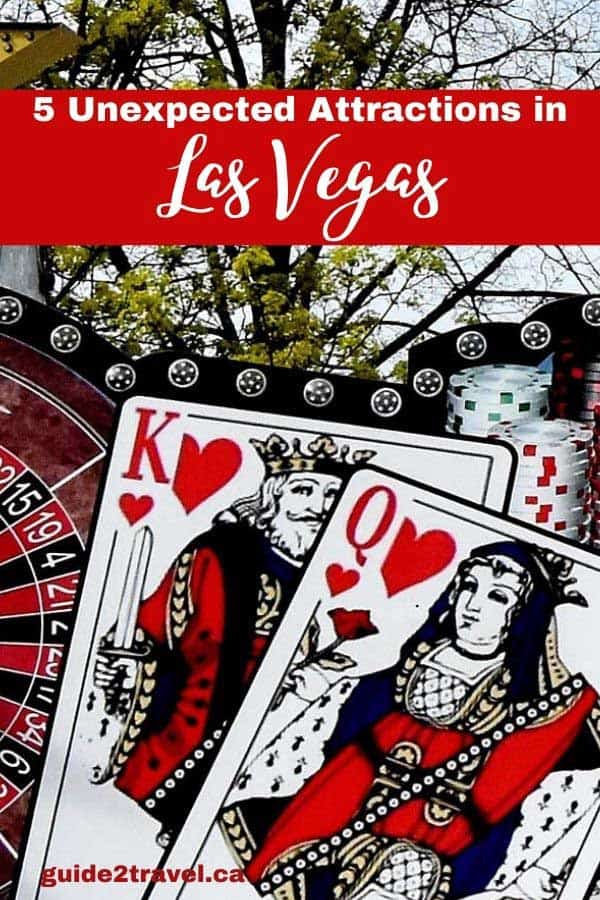 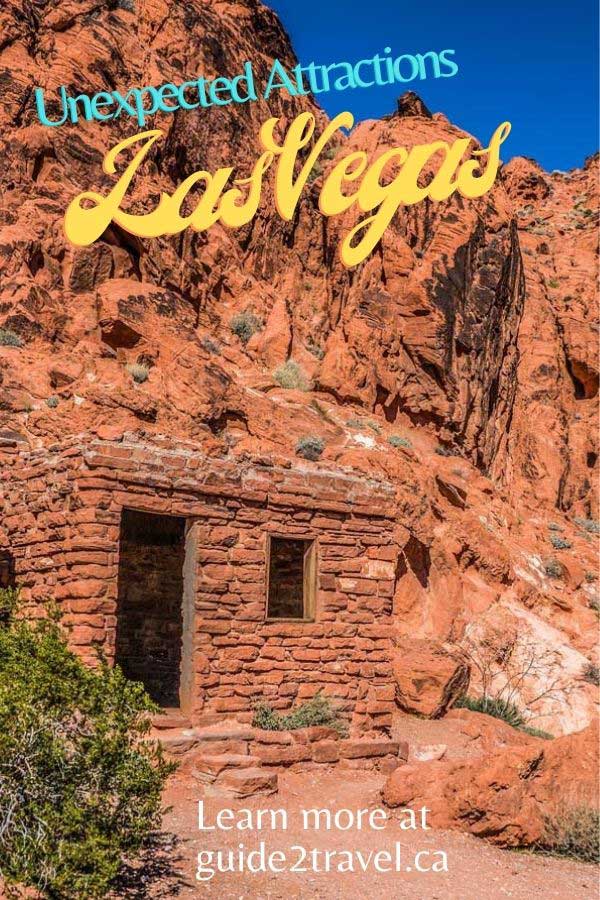