5 of the Best Islands in the U.S. for a Wildlife Vacation

In the U.S., there are dozens of great destinations centered around nature and the outdoors, especially when looking at island locations. Some of these locations are near bustling city areas, allowing you to explore both the city life and the natural habitat. For example, if you’re planning on visiting Charleston, SC, you can make the short trip to Monkey Island or Kiawah Island for a day of outdoor exploration. 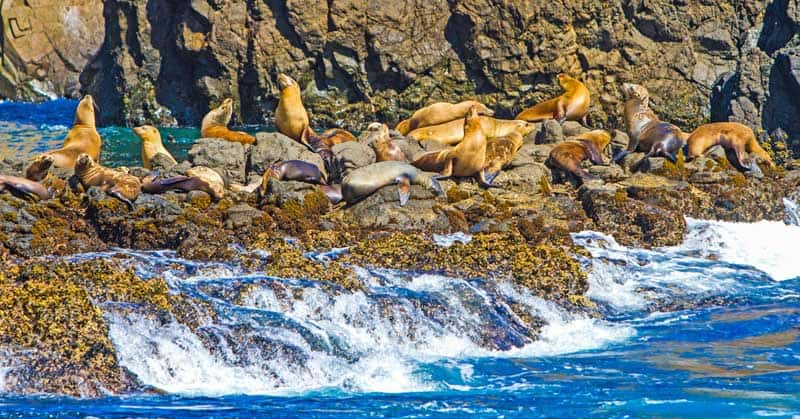 If you’re the adventurous kind of traveler, you may be looking for a new destination with some intriguing wildlife to learn more about the area’s natural environment. Here are some of our favorite destinations with a thriving wildlife scene.

The state of California is filled with beauty and adventure from the many national parks to the coastal cities. But, one national park, in particular, stands out from the rest. Just off the coast of Ventura, California, not far from Santa Barbara, you’ll find the Channel Islands National Park, which covers five different islands that are filled with wildlife unique to the islands of Southern California.
The islands are relatively remote and do not have the conveniences of everyday life such as stores and hotels. If you’re planning to stay in the park, you’ll have to do so the old-fashioned way with a tent campsite. You can also plan to stay on the California mainland and head out to the islands for a day trip.

While at the Channel Islands National Park, you have plenty of options for activities. Interpretive programs are offered to help you learn more about the wildlife here as well as hiking trails, picnicking areas on the beach, boating and kayaking excursions, surfing, fishing, snorkeling and more.

If you’re looking to catch a glimpse of the wildlife, you can embark on a whale watching or seal and sea lion viewing experience. These are some of the most popular animals that visitors come to see, but you can also be on the lookout for many unique bird species and marine life when you opt to go snorkeling on the islands.

Though you do have to leave the mainland United States to get to this fascinating destination, it’s well worth the trip. Located in the Caribbean, the U.S. Virgin Islands are territory of the United States and considered to be a part of the country, though they offer a much different experience than mainland America.

While on the islands, you’ll certainly want to spend time lounging on the sand with a pina colada in hand, but you should definitely take the opportunity to learn more about this tropical destination’s wildlife. The Virgin Islands National Park is known for its marvelous snorkeling trail, which takes visitors through a nearby reef, which is marked with signs to teach you about the habitat and its inhabitants, including the French angelfish.

In fact, more than 40 percent of the national park is considered to be underwater, and you can explore the habitat from eight different beach areas.

Just off the coast of Beaufort, SC, you’ll find a remote place called Morgan Island, which has come to be known as Monkey Island. The story of its name dates back to 1979 when a group of 1,400 rhesus monkeys were sent to the island from a research center in Puerto Rico to establish a free-range colony for these primates.

Over the last several decades, the monkey population on the island has grown from 1,400 to more than 4,000. Although humans are not allowed to actually set foot on the island, you can view the monkeys by boat. If you’re visiting Charleston, SC, why not take a day trip down to the Beaufort area and rent a boat, which you can drive a few miles off Monkey Island and observe the primates from a safe distance.

Crazy cat ladies, unite! Lanai City, Hawaii, is close to a very unique kind of sanctuary and rescue effort known as the Lanai Cat Sanctuary. Yes, you read that correctly. This part of Lanai Island has been dedicated to maintaining and caring for the local cat population while also helping to protect native birds–as cats are the number one killer of domestic birds.

Beginning in 2004, a group of people were trying to get the feral cat population under control while providing them with care, without the assistance of a shelter or animal rescue. In 2009, the sanctuary was born, where cats could roam freely around the property enjoying a laidback Hawaiian lifestyle.

Now, visitors can head to the area any day of the week between 10 a.m. and 3 p.m. for a chance to pet and play with more than 600 cats that reside at the sanctuary. Although it’s free to visitors, the facility relies on donations to keep itself running, so consider making a donation to help the institution continue to make a difference.

Another great day trip to embark on while visiting Charleston, SC, Kiawah Island is a beautiful barrier island known for its beaches and golf courses. Although there has been quite a bit of development on the island, there has also been a focus to maintain the area’s natural habitat, which means that you can explore the area and still be on the lookout for native wildlife, including bobcats.

These adorable wild predators can be seen throughout the island, particularly when you visit the Kiawah Conservancy, which is also home to native birds and marine life.

Experience the Beauty of Nature 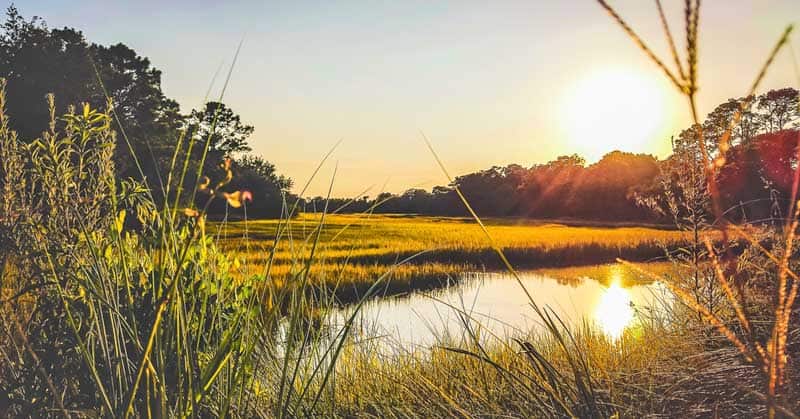 Sunset near Kiawah Island, SC on the marsh. Photo by Clint McKoy on Unsplash

Visiting a beautiful destination is always a great experience, especially when you get the chance to see the area’s wildlife up close. The next time you’re planning a nature-centric trip, try visiting one of these gorgeous islands and learn more about the natural landscape and the critters that live there.

Traci Magnus is a realtor for Dunes Properties located in Charleston, SC. She was born and raised on the Charleston coast and attended the College of Charleston before obtaining her real estate license. When she’s not working, you can find her writing, spending time with her husband Glenn and son Max or wandering the historic streets downtown.

Do you love camping and immersing yourself in the great outdoors? These five amazing East Coast USA camping destinations may be perfect.

The photo in the header above was taken at Kiawah Island, USA. Photo by Lorimcm on Unsplash

Traci Magnus is a writer from Charleston, SC. 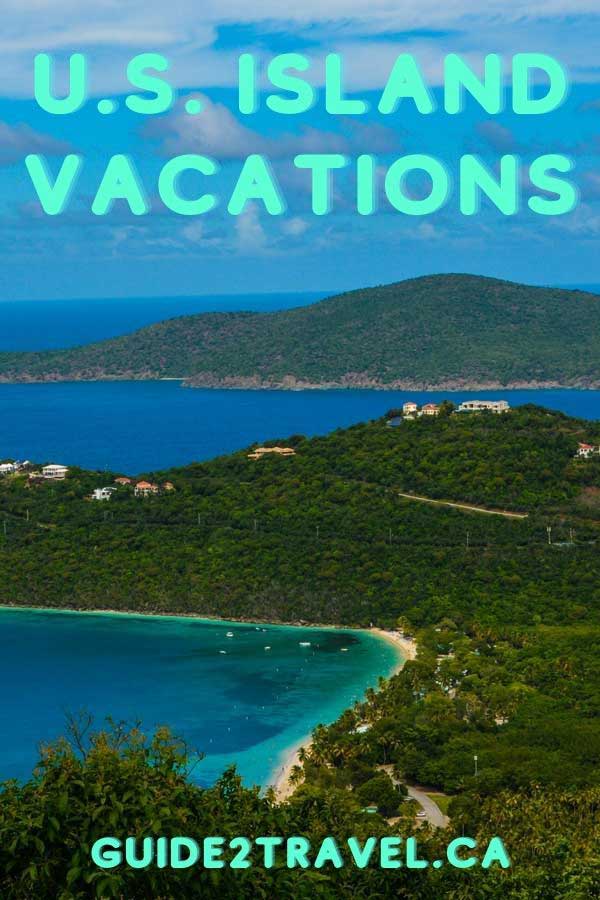 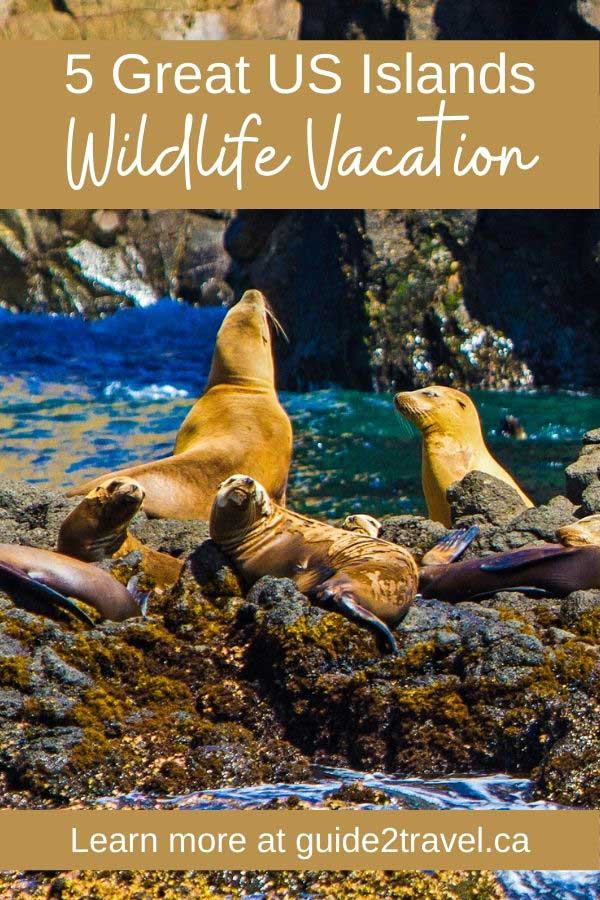