...travel adventures with a twist of history Latest ArticlesAdventures
;
Bordering Germany, Switzerland, and Italy, Austria often does not get the credit it deserves. Located in the heart of Europe, Austrian land has historically been of great strategic value and was frequently only viewed as a gateway to either side of Europe. However, due to its unique opportunity to be influenced by western and eastern European culture, it has evolved to be one of the most culturally interesting places to visit. 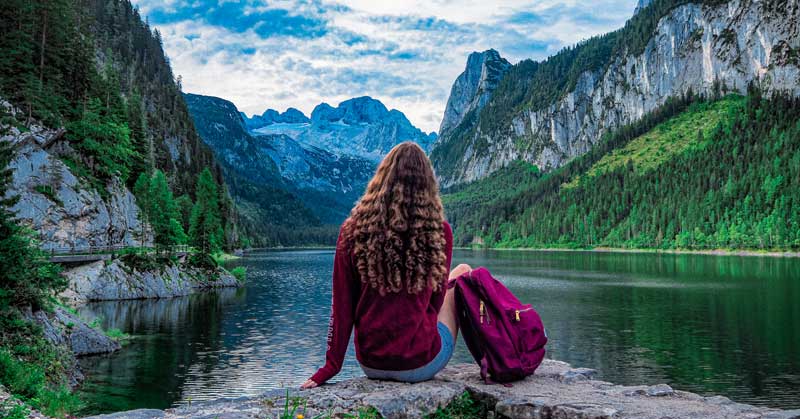 With all of its natural, architectural, and cultural beauties, Austria has something for everyone and is truly one of European’s hidden gems and a magical destination any time of year. Let’s start this tour of Austria’s gems with some adventures in the great outdoors.

Lake Weissensee is considered the purest swimming lake in the Alps. The setting is tranquil yet powerful and legend has it that the waters of Lake Weissensee have therapeutic qualities. The region surrounding the waters, a pristine nature reserve of Carinthia, was recently granted a European Tourism and Environment Prize.

The perfectly named Wilder Kaiser or ‘wild Emperor’ range in Austria is a surreal experience for hikers, with a sprawling 400 kilometers (249 miles) of forest and mountain paths to get lost in. There are easily accessible and fairly easy trails near the general area (located around 80 kilometers or 50 miles from the cities of Innsbruck and Salzburg). However, it is said some of the prettiest spots take some serious hiking to get to.

One of the most famous views in the country, Lake Gosausee is part of a set of three lakes in Upper Austria. This spectacular lake sits beneath the mighty Dachstein glacier and the jagged peaks of the Gosaukamm Mountain. This contrast of scenery creates a melting pot of organic wonders. Hiking is incredibly popular around this area, and as the water is so peaceful, people are frequently seen fishing on the waters. 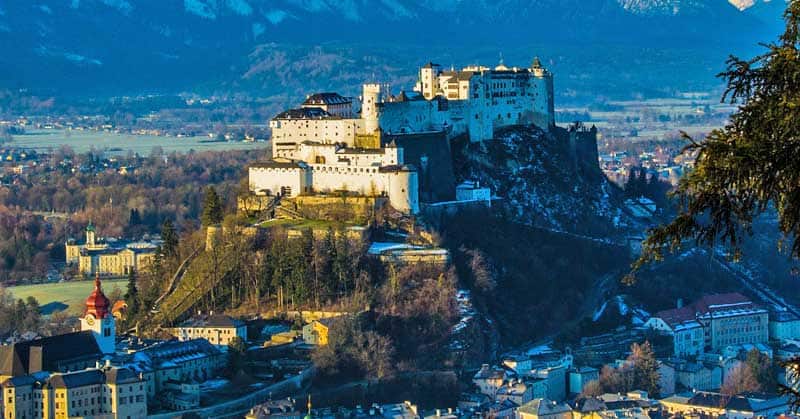 Unlike many other European destinations that have been suffering the detrimental consequences of over-tourism, Austria keeps being a truly authentic destination where you can still breathe and live the inner spirit of the capital. Here you will feel like you have landed on a fairy-tale and magical land far from everything.

If you like to explore architectural sites, then Austria is the dream destination for you. From impressive landmarks to more mundane buildings like apartments or shops, you will be surrounded by stunning architectural marvels worth adding to your travel list. Austria is the location of a number of UNESCO recognized historic sites, including the Historic Centre of the City of Salzburg, where you’ll find the Austrian Parliament.

The house of the Austrian Parliament dates back to 1918 and today, the National Federal Council of the Austrian Parliament also sits there. This building’s powerful white pillars and statues, 13,500 square meters, and 100 rooms are breathtaking for any tourist, the site is still home to important state ceremonies. For example, the ceremony of taking the oath by the President of Austria, and the official speech at the annual National Day on October 26th, take place there.

The Austrian Parliament is open for tourists so if you are fortunate enough to go, make sure to see the most famous landmark of the building, the sculpture of Pallas Athena with a fountain located at the main entrance.

The Belvedere is a necessary stop for any fan of architecture as the palace complex is constructed in Baroque style. The palace was built by Lucas von Hildebrandt as the summer residence for one of the most renowned generals of that time, Prince Eugene of Savoy, in the early 18th century.

Today, the Belvedere palace complex is notable for its gallery, which is the most famous art museum in Vienna. The gallery is known for its impressive collection of Austrian art from the Middle Ages to the present day. It is also interesting to note that the gallery contains the world’s largest collection of works by Austrian artist Gustav Klimt, making it a great stop for those who appreciate the symbolist painting style Klimt is famous for.

The Anif Palace really feels like you travel back in time as it is surrounded by an artificial pond and linked with the land only by a narrow path. The history behind the palace is unclear as there is no specific data on the building. However, a castle that was located in the same location in 1520 is mentioned in some documents.

Therefore, it is assumed Bishops had lived in the castle until 1803, after which the castle came to Count Stepperg who had rebuilt the building for 10 years until 1848. The royal ownership of the castle is still obvious today as the halls of the palace have a luxurious interior. However, these luxurious aspects of the castle have not hindered it from practical use as German, followed by American, soldiers were accommodated here during WWII.

Nowadays, the castle is still in private ownership. However, you can walk and admire landscapes in the park around the castle. In the park, several films were shot: The Great Race, The Sound of Music, Cinderella, and more.

Austria is considered the heart of the European musical scene. More specifically, Salzburg essentially revolves around the life and music of Mozart, one of the greatest classical music composers of all time. Mozart was born in 1756 and lived in Salzburg until the age of 25 when he left after a falling out with the reigning archbishop. Though he never returned to live in Salzburg, in 1841 the Mozarteum Orchestra Salzburg was formed with the help of his two sons, and a monument to him was erected the next year in what is now Mozart Square.

Today, you can visit this monument and many other sites that honor Mozart and his life. You can visit Mozart’s birthplace, the Getreidegasse residence, where he was born in 1756. The house has become a pilgrimage site for music fans, and in 1880 the International Mozarteum Foundation established a museum on the premises. Here, you can see relics such as the violin the composer played as a child, and the keyboard he used to write The Magic Flute.

You can also visit the site of Mozart’s baptism, the Salzburg’s Baroque City Cathedral. The magnificent cathedral’s beauty is overwhelming, especially knowing that legends such as Mozart as well as Joseph Mohr, the writer of the lyrics to the Christmas carol Silent Night, once occupied the same space.
Moreover, Mozart was an organist here in his teenage years and it is said it was likely here where he performed the Coronation Mass for the first time. Now, the Salzburg Festival celebrates Mozart with performances of his work in the square in front of the cathedral.

The Sound of Music

Although there are beautiful monuments all over Austria (primarily in Salzburg and Vienna), the country’s cultural appreciation does not end there, Austria also has many tourist sites dedicated to the iconic film, “The Sound of Music.”

You can visit the Festung Hohensalzburg and Residenzplatz, which is the backdrop of many in-town shots in the film. The castle, this ancient fortress, along with the city center or Residenzplatz, is seen during the song “I Have Confidence.” The Residenz Fountain that maria splashes in while singing is still there today and is a great photo opportunity.

The backyard and its lakeside view is memorable from numerous scenes from The Sound of Music and is a nostalgic and beautiful view enjoyed by many. Additionally, inside this palatial yellow-colored estate, there is a room that inspired the gilded ballroom seen in the film. It is the one featured during the classic Lonely Goatherd and So Long, Farewell scenes.

No matter the reasons why you choose to visit or the time of the year you embark on your journey, Austria is definitely a country that’s not to be missed. As avid traveler, Jeremy Wien observed, “The palaces, the gardens, the walking streets, the arts— Austria has it all; I recommend going in spring or summer, but it’s hard to have a bad experience in Austria.”

Jason Ortiz is a travel and entertainment blogger at Chowder Bucket. He has traveled to over 20 countries and hopes to someday visit every country on Earth. In his travels, he often gets involved with local humanitarian efforts and is a believer in open borders making for a better world.

There’s lots to see in Berlin from Cold War planes to the Berlin Wall — check out these day trips, along other important attractions in Berlin.

Thinking about visiting Berlin, Germany? Check out the Museum Island and Gallery Walk, then plan an evening in the hip neighborhood, Kreuzberg.

The photo in the header above was taken in Salzburg, Austria. Photo by Deep Green.

Jason Ortiz is a travel and entertainment blogger who has visited 20+ countries. 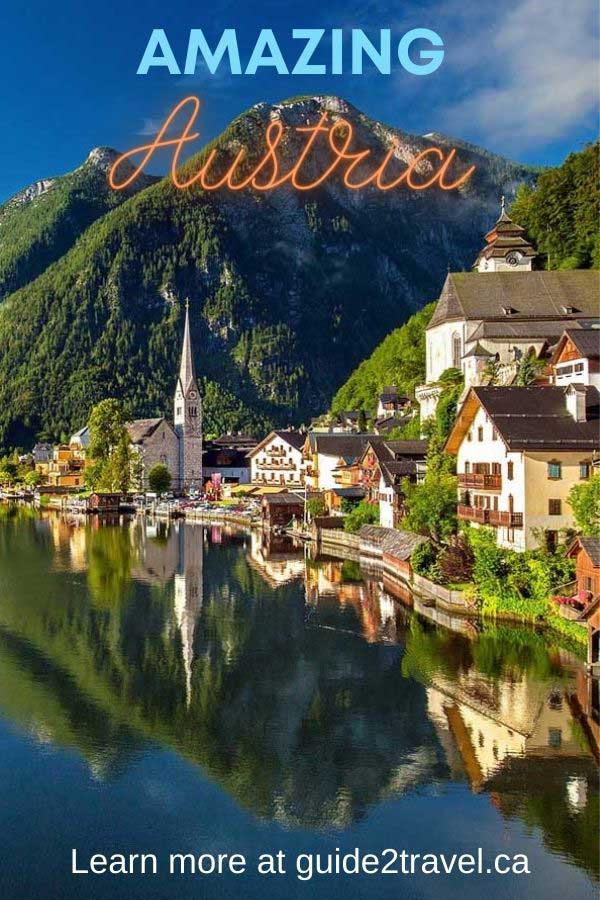 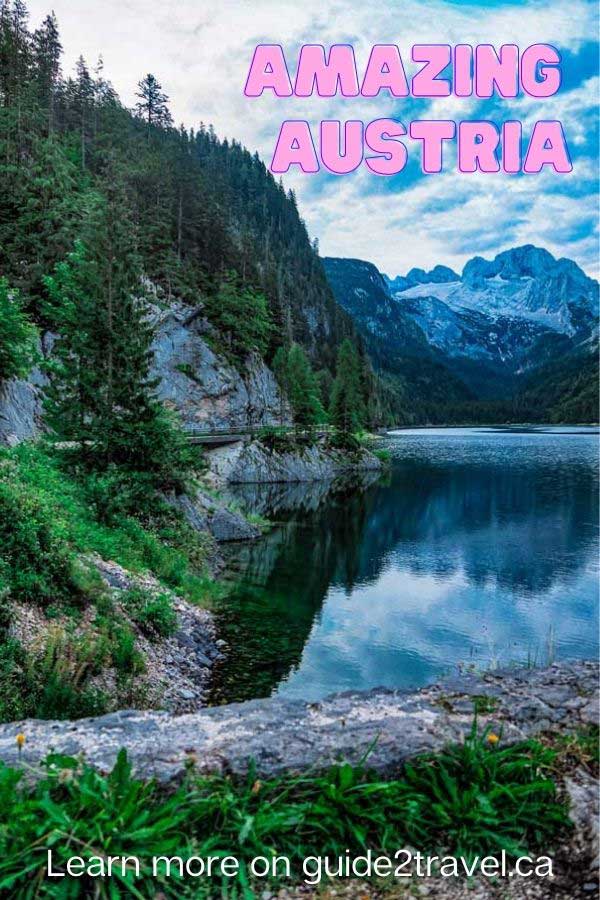 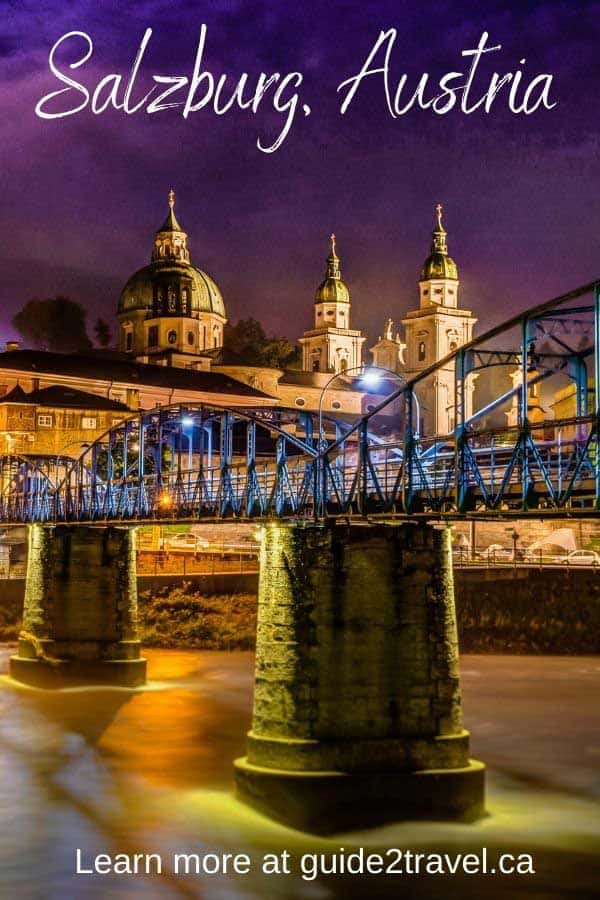