Lifetime travelers are always looking for the routes off the beaten track and Asia has many undiscovered secrets to explore for those willing to take the plunge. Take a look at these three underrated and up-and-coming Asian cities if you’re contemplating where your journey will take you next. 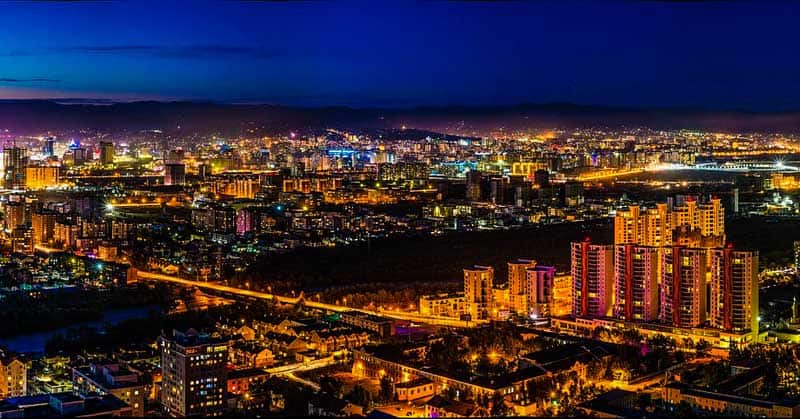 Night view of the city of Ulaanbaatar, Mongolia. Image by Photo from Kanenori Pixabay

Ulaanbaatar is the capital city of Mongolia, a land of rolling grass steppes and the former center of the Mongol empire led by Genghis Khan who, in the 1200s, led a federation of tribes to conquer what remains the largest contiguous empire the world has ever seen that stretched from the Pacific ocean to the gates of Vienna.

Ulaanbaatar is the largest city in Mongolia and is home to about 1.3 million people, approximately half of Mongolia’s total population. Over the course of the 20th century, the city was under Soviet rule and suffered as a result of economic planning and religious persecution. All that has changed now, and Ulaanbaatar has been steadily modernizing, with a focus on industrial output.

It’s a great location to base yourself if you’re looking to explore the wild lands of the steppe, as all roads and railways in Mongolia radiate out from its center. A curious feature of the city is that before the year 1778, Ulaanbaatar had no fixed location. This is due to its origins as a nomadic city centered around monastic Buddhism. It’s location would change based on the feedback of oracles and divination, and had settled in 28 different places since its initial founding in 1639. It’s now (permanently!) located in the northern regions of Mongolia in a valley by the Tuul River and is at an elevation of 1300 meters. 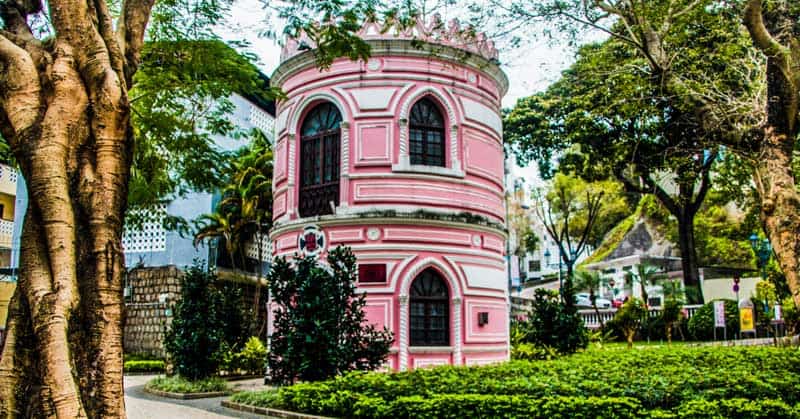 Building and trees in Macau. Photo by Elina Sitnikova on Unsplash

While Macau is certainly the best known city on this list, when compared with other cities bordering the South China Sea such as Singapore and neighboring Hong Kong, it remains relatively obscure. The city was founded in 1557 by colonial Portuguese traders, and was returned to Chinese governance in 1999.

Today, Macau boasts a unique blend of Cantonese and Portuguese culture, from its unique egg pastries to its Mediterranean influenced plazas. The city is also in easy reach of Hong Kong, with many hour long ferry crossings available daily between the two cities.

One area where Macau’s reputation is firmly established is its vibrant gaming culture that has been steadily growing to rival the likes of Las Vegas or Monte Carlo. The city offers visitors many venues hosting popular table games ranging from baccarat, famous for its fast style, to the glamorous game of Roulette, known for the fact that the roulette’s wheel contains 37 pockets, numbered zero to 36 in its European version.

One strong indicator that Macau is set to go from strength to strength is the vote of confidence that comes by way of Venetian Hotels CEO Robert Goldestein, who just finalized the sale of his flagship property on the Las Vegas strip in order to focus his efforts on the company’s Macau operations.

Japan is a popular tourist destination with its beautiful forested valleys and thriving urban centers, but visitors rarely explore further afield than the mainland of Honshu island. Japan is in fact an archipelago of islands stretching some 2361 miles from the snowy northern reaches of Hokkaido to the tropical southern islands of Okinawa.

It was a tribute state under Imperial China before being conquered by the Satsuma Domain of Japan in 1609. It maintained its own autonomy right up until 1872 when it was formally annexed by the Empire of Japan.

Okinawa is most famous for its tropical weather and beautiful sandy beaches, as well as for being the home of the martial art Karate. Shuri Castle, the former royal residence of the Ryukyu kingdom overlooks the city and is a major tourist attraction. Okinawa bore the brunt of the American land invasions in the closing stages of WW2, and Naha city is full of tunnels and fortifications left over from this time.

It is a popular holiday destination for domestic Japanese tourists, due to it being easily reached from the mainland and boasts the most hours of sunshine of any major Japanese city.

Four of the Most Memorable Places to Visit in Macau

Macau, situated near Singapore in Asia, is best known as the Las Vegas of Asia, but has much more to offer visitors, including a UNESCO heritage site.

What’s it Like to Take an Overnight Desert Safari?

A local writer takes you on a desert safari in Dubai. Discover the traditions of an authentic Bedouin camp on this incredible adventure in the Middle East.

7 Incredible Nepal Adventures You Must Take

Things You Must Do in Okinawa, Japan

If you’re looking for beautiful beaches — and more — visit Okinawa, Japan. Add these 6 activities from diving to WWII history, to your trip.

Kathmandu is one of the most fascinating cities on the planet. These 10 best things to do give you an insider’s view on this city in Nepal.

The photo in the header above is a drone view of the 40 m (131 ft) high equestrian statue of Genghis Khan, which is part of the Genghis Khan Statue Complex situated outside the Mongolian capital, Ulaanbaatar, Mongolia. Photo by Nikita Maykov. 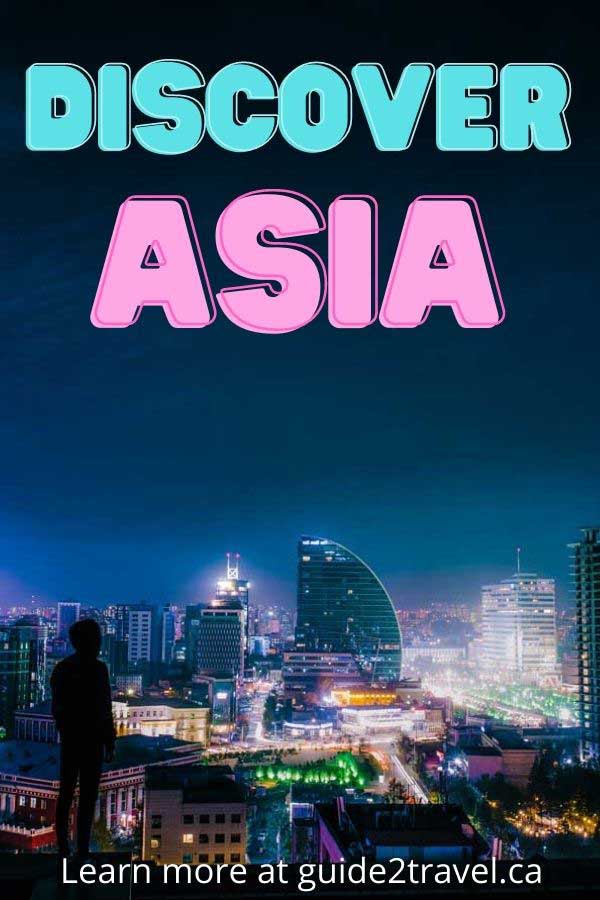 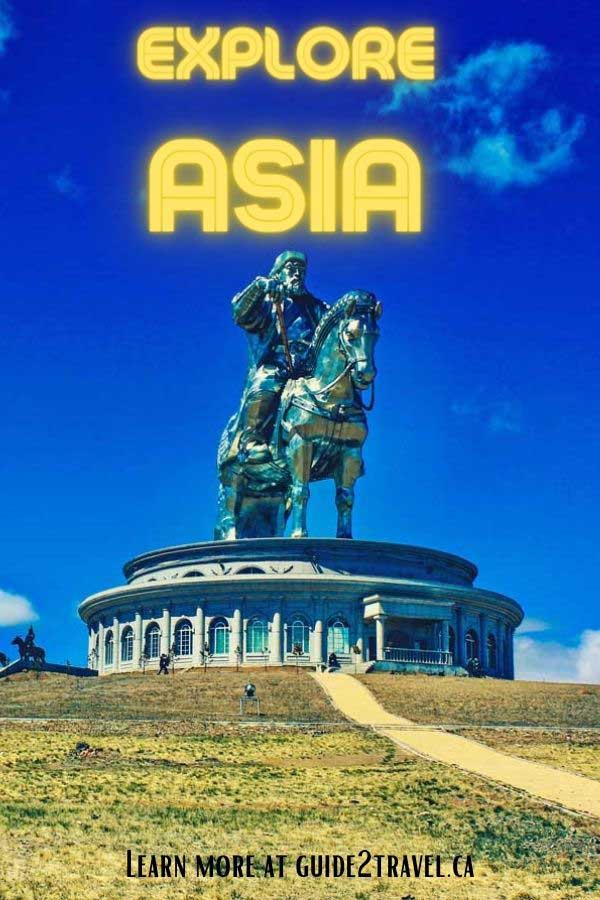 Visit the Colorado Cabin That Grew Into Bishop Castle