...travel adventures with a twist of history Latest ArticlesAdventures
;
Are you an art aficionado wondering what are the top art museums in Copenhagen? While Copenhagen is a unique city, often reputed as the happiest in the world, its vast and varied art scene is especially great for art lovers, as it houses internationally acknowledged art museums.

Ready to discover the best museums in Copenhagen? All right, let’s dive in. 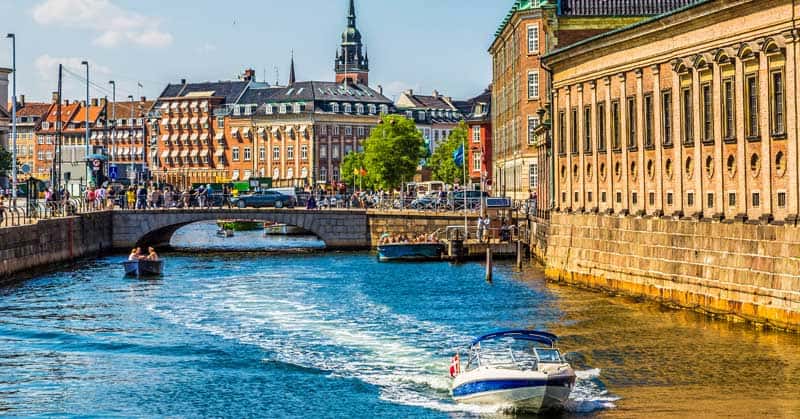 Old City and canal in Copenhagen, Denmark. Photo by Bloodua from Kiev, Ukraine.

When traveling to Copenhagen, don’t miss a visit to the Louisiana museum of modern art as it comes at the top of our list of top museums in Copenhagen. Wondering why it’s a must-visit museum?

Louisiana is one of the world’s most charming museums established in 1958 by Knud W. Jensen. According to history, Louisiana was designed by two renowned architects named Wilhlem Wohlert and Jorgen Bo. The collection of pieces represents movements such as Minimalism, European Nouveau Realisme, etc.

You will discover an exciting collection of works by renowned artists like Danish masters Per Kirkeby, Picasso, Asger Jorn, and many others. The museum also features works from international artists. Indeed, its collection includes over 4k pieces produced since 1945 that focus on painting and sculpture.

The Louisiana Museum of Modern Art is situated 25 miles north of Copenhagen, hence you can get dreamy views of Denmark.

Visit the Workers Museum in Copenhagen to get an authentic preview of how life was during the 1950s. The museum is located in the Workers Assembly Building. The building dates from 1879 and was designed by the labor movement in Northern Europe.

Get inside the museum and find attractive features like the period rooms displaying living conditions for city workers in the 1930s and 50s.

The good thing about this museum is that it’s housed in a huge building so you can see all the artistic features. What’s more, the museum features a preserved 1950s apartment with furniture reflecting an era of post-WWII upward mobility.

You will also discover some replicas of a dairy shop and an electronic shop dating from the 1950s.

Visit Designmuseum Danmark to know why the 1890-founded museum is so special to be featured in our list of the top museums in Copenhagen. Formerly known as the Museum of Art & Design, Designmuseum Danmark features a collection of pieces that pay homage to Denmark, other Scandinavian countries as well as crafts, industrial design from the Western world and East Asia, arts, and more.

Thorvaldsens Museum was founded in 1848, making it the oldest in Denmark. It was named after Copenhagen-bred Bertel Thorvaldsen, one of the renowned artists in Europe in the 19th century. Bertel is famous for creating works such as Napoleon and the People.

The museum is not only charming but is something of a hidden gem. It features Thorvaldsen’s Greek and Roman-inspired marble and plaster sculptures as well as the artist’s letters, pieces from his collection, and more.

Thorvaldsens Museum is located around the corner from the Danish Parliament.

Also known as SMK or Statens Museum for Kunst, this museum features a collection of Danish and European works dating from as early as the 16th century when Danish kings started amassing art, to the present day. Inside the museum, you will discover highlights like Guitar, Bottles, Albrecht Durer’s iron etching, Pablo Picasso’s Still Life with Door, etc.

It’s still one of the city’s cultural attractions owing to the beautiful landscapes of the Skagen School as well as the Vilhelm Hammershoi’s muted 19th century Copenhagen interiors.

The museum is opened for free on Friday evening to let visitors get a glimpse of what’s inside.

Located just 20km south of Copenhagen, the Arken Museum of Modern Art is yet another cultural and architectural gem you don’t want to miss on your next visit to the city. The museum is located between Ishoj Harbor and Koge Bay Beach. You can catch a train from the city center to the coastal town of Ishoj.

The museum is housed in a building that was erected by Soren Robert Lund that’s not only captivating, but its architecture looks like a ship. It features over 400 works from Danish, Nordic, and other artists across the globe from 1990 and beyond.

Housed in an elegant 19th-century townhouse opposite the King’s Garden, David’s collection is also another museum that features an astonishing collection of art and artefacts by Christian Ludwig David, a Danish lawyer.
Among the outstanding pieces is the museum’s Islamic collection that dates back from the seventh to the mid-19th century. Some of the pieces in this collection include exquisite Persian miniatures and Ottoman mosaics.

You will also discover an impressive collection of 18 and 19th century furniture and porcelain.

Glyptoteket was founded in 1897 by Carl Jacobsen, a passionate art collector and brewer renowned for his Danish beer company called Carlsberg.

Inside the museum are ancient antiquities dating from the 19th century.

The Hirschsprung Collection is situated behind the sprawling Statens Museum in a Neoclassical building in Østre Anlæg Park. The museum features 19th and 20th-century Danish masterpieces of tobacco magnate Heinrich Hirschsprung and his wife.

The museum was founded in 1911 and presents work from artists like Christen Købke, Eckersberg, Theodor Philipsen, and Hammershøi.

Ordrupgaard is a splendid museum situated in Copenhagen’s north suburbs with outstanding architecture and design.

The museum features a fine collection of French and Danish art spread across different spaces including a modern extension design, a 19th-century mansion, and an underground extension. Snohetta and Zaha Hadid are the two architects behind the architecture and design of the museum.

If you’re looking to explore Danish history from its prehistoric past to its present-day then don’t miss a visit to the Nationalmuseet. Nationalmuseet, otherwise known as the National Museum of Denmark, is the largest museum in the city of Denmark that covers the cultural history of both Danish and foreign cultures.

The museum covers prehistoric highlights like Trundholm Sun Chariot, a stunning Bronze Age piece found in 1902 by a farmer, and what was formerly known as Egtved Girl’s grave that contains the bog-persevered body of a woman buried several decades ago.

You will also discover a new exhibition on Denmark’s colonial history in the Caribbean, West Africa, and Greenland.

The National Museum of Denmark is housed in a building located a short distance from Strøget at the heart of Copenhagen. The museum covers 14,000 years of Danish history.

Did we miss your favorite art museum in Copenhagen? If so, mention it in the comment section.

Charlie Svensson is an artist and travel enthusiast with an interest in everything museum and history. He also works with dissertation writers offering services to students across the globe. Charlie was also named the best essay writing service provider in the areas of arts and history in 2019.

More Things to See and Do in Scandinavia

Things to See and Do in Copenhagen

Interested in castles, palaces, parks & museums? Check out all the historical places there are to see in Copenhagen, Denmark!

The photo in the header above was taken in Copenhagen, Denmark’s, historic center. Image by un-perfekt from Pixabay.

Charlie Svensson is a freelance blogger, currently living in Sweden. 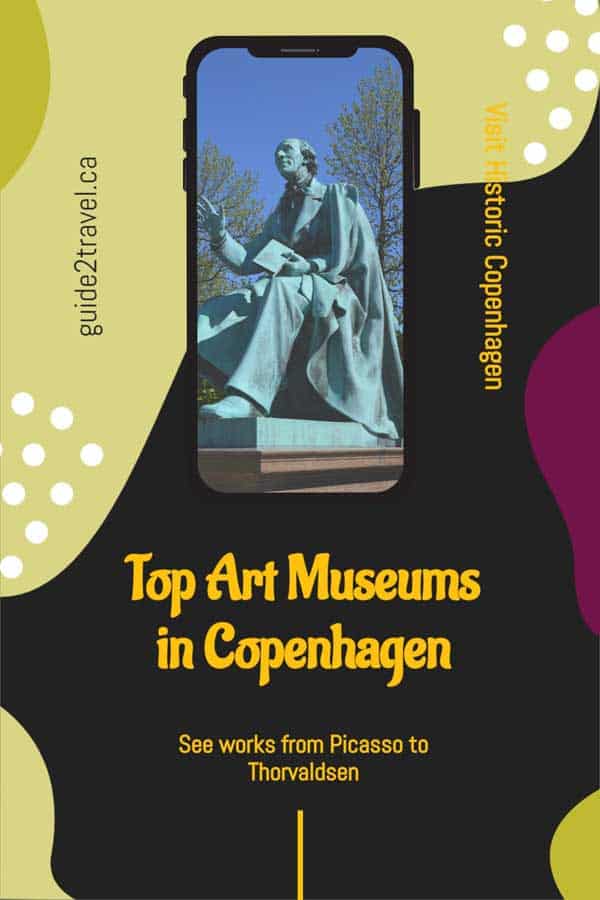 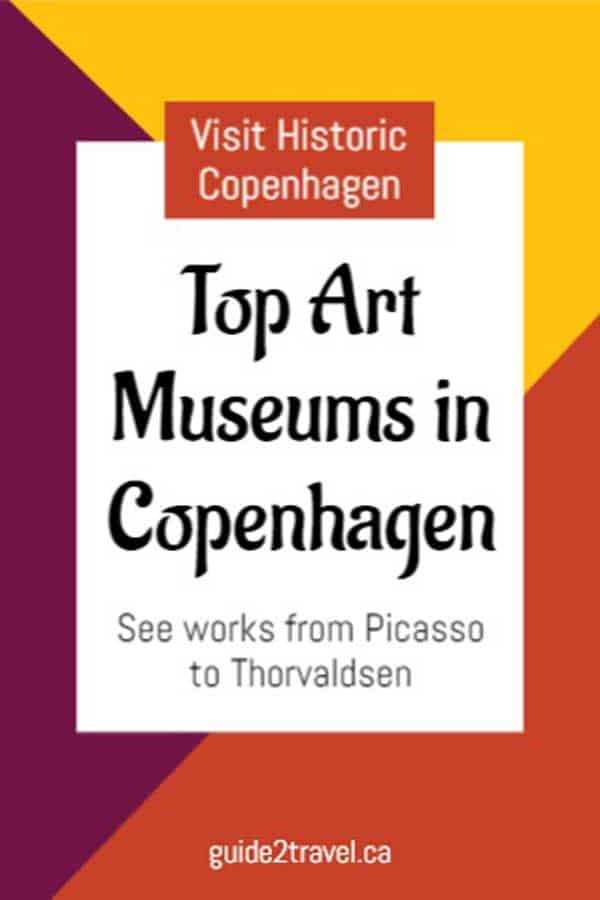 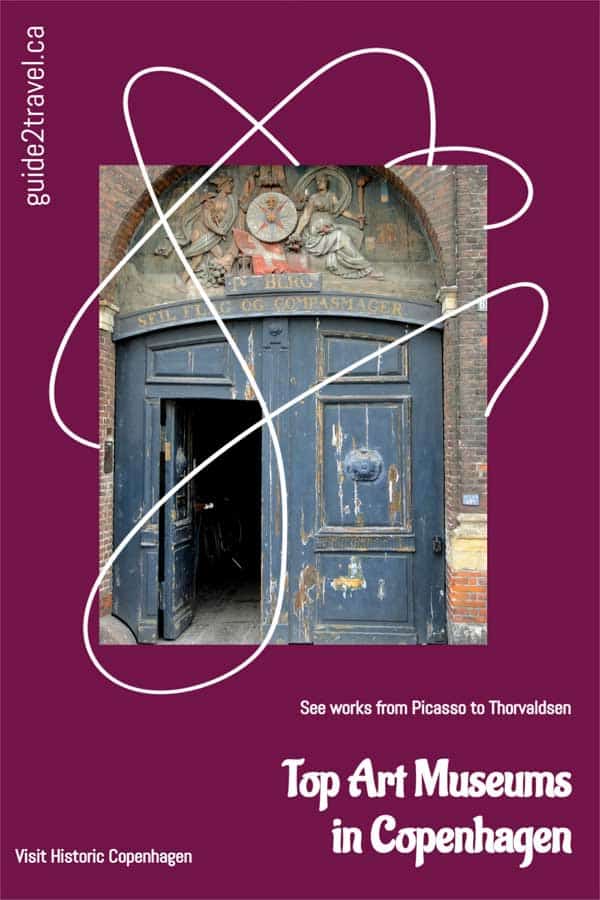 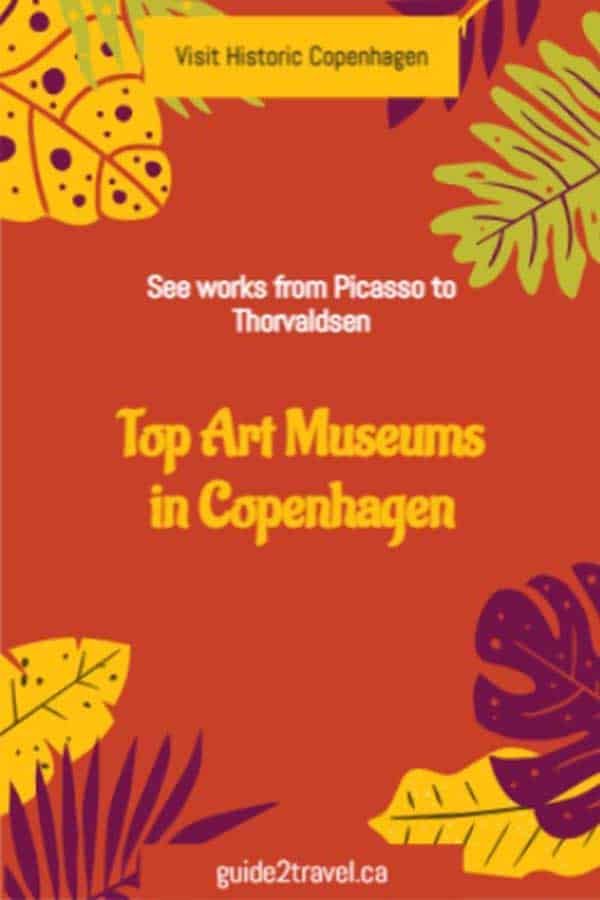