...travel adventures with a twist of history Latest ArticlesAdventures
;
Due to its prime location of St. Lawrence, Montreal is seen as a cosmopolitan hub for communications and trade. Let’s analyse its history to start with. Jacques Cartier landed here in 1535 and took the territory for his King. However, it wasn’t until 1642 that Paul de Chomedey founded a small mission station here named Ville Marie de Mont-Real. 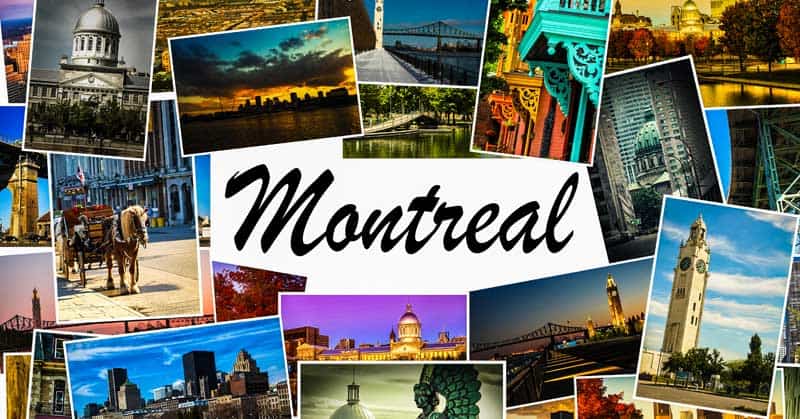 Montreal is the second largest French-speaking city in the world. Despite its size, there are specific parts and high-end places that tourists love to visit when in Montreal. Most museums and art venues are located in Centre-Ville.

Here are some of the top high-end places for entertainment in Montreal.

If you’re searching for a hotel, we would definitely recommend the Ritz-Carlton. It is known for setting a new standard of luxury in Montreal. The hotel offers and unparalleled experience in the heart of the city. Apart from relaxing in the hotel’s pools and enjoying its rooftop views, the hotel also has a luxury restaurant, Maison Boulud, which offers the perfect venue of the city centre.

The Montreal Casino is an establishment on Notre Dame Island in the borough of Ville-Marie in Montreal, Quebec, and is the largest and most popular land-based casino in Canada. It even has an online casino site that allows players to play lots of different games from home. But the online casinos scene is a whole other territory. If we take a look at some of the best online gambling sites, we’ll see that the competition is high, with a lot of world-class brands like LeoVegas and Casino Lab operating in the Canadian market.

La Voute has its grand opening in 2017 and although it is fairly new in the city’s nightlife scene, it quickly became a favourite with sophisticated clientele. Located in Montreal’s first skyscraper, the vault of the old Royal bank has been transformed into an upscale club that caters for high-end customers. Get ready to enjoy excellent city views while being located in the historic Old Montreal neighbourhood.

Rue Sherbrooke is the city’s most elegant thoroughfare. It is the backbone of the city and the location of many museums and institutions. On the other hand, Rue St. Catherine is Montreal’s main shopping street, lined with department stores, shops, and restaurants.

A five-star cuisine restaurant with a world-renowned celebrity chef, all while located in an upscale casino environment. The chef, Axel Manes, and his team, offers tastes throughout the seasons, an exceptional cuisine, and a refined environment in a black and red setting. The high-end restaurant has become a landmark in this gastronomy capital, and it is a well-known restaurant around the world.

If you are planning on visiting Montreal, we would highly recommend not to give these high-end places of entertainment a miss. We would also recommend sightseeing the beautiful historic Old Montreal while taking a guided Walking Tour of Old Montreal to explore its cobblestone streets and narrow lanes. Major sites to visit are Sant Joseph’s Oratory, Mount Royal, and the Olympic Stadium.

Enjoy exploring Montreal – we know you will!

More Things to See and Do in Quebec, Canada

Like other Canadian kids, I studied Quebec's Percé Rock in school. Then, it was an odd formation--a rock with a big hole in it--but still, it looked interesting, like Poseidon or Neptune had come along and shot a giant hole through it. Once I started traveling as an...
Read More

The photo in the header above was taken in Montreal, Quebec, Canada, by pinkcandy, a Montreal photographer. It features the 45 m high clock tower (192 steps to the top) built between 1919 and 1920 that overlooks the St. Lawrence River and the Jacques-Cartier Bridge. 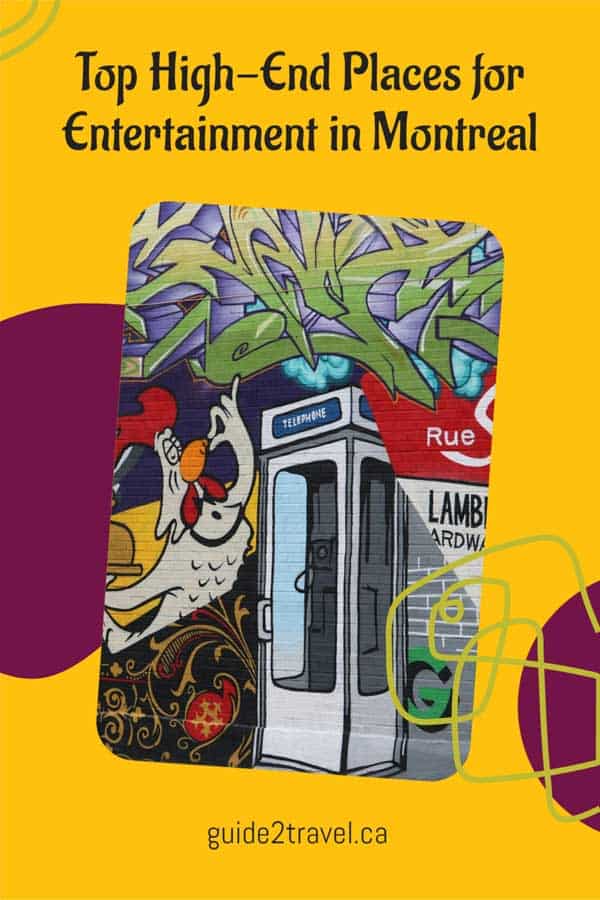 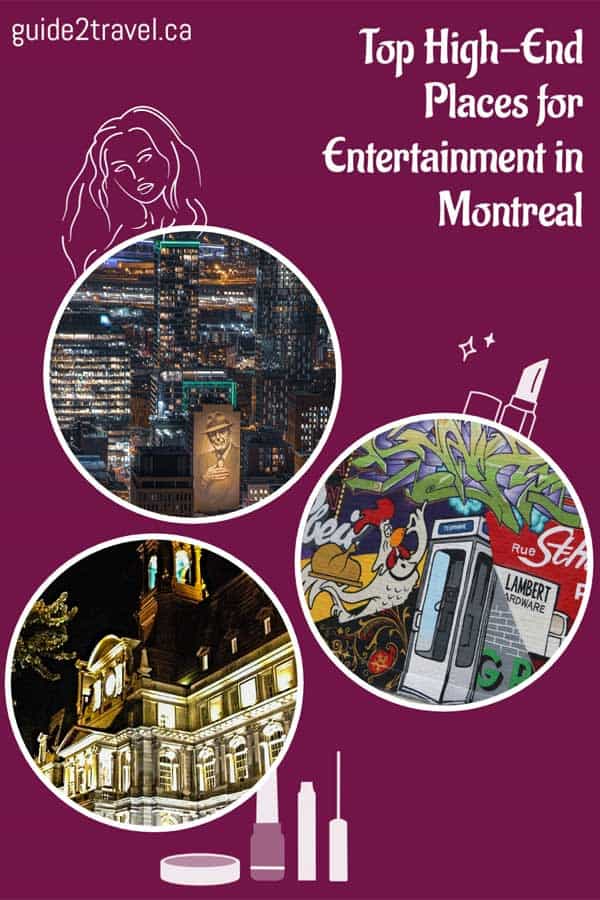 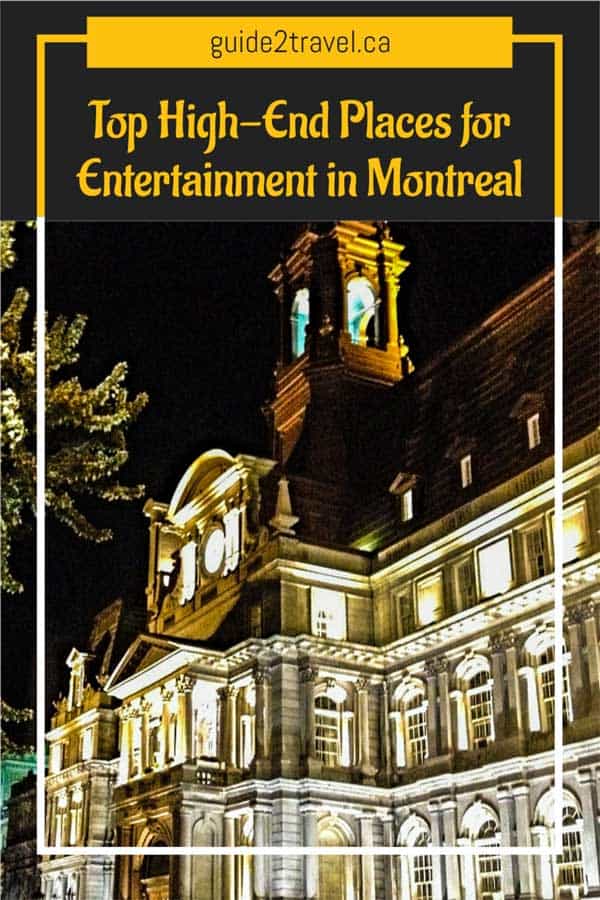 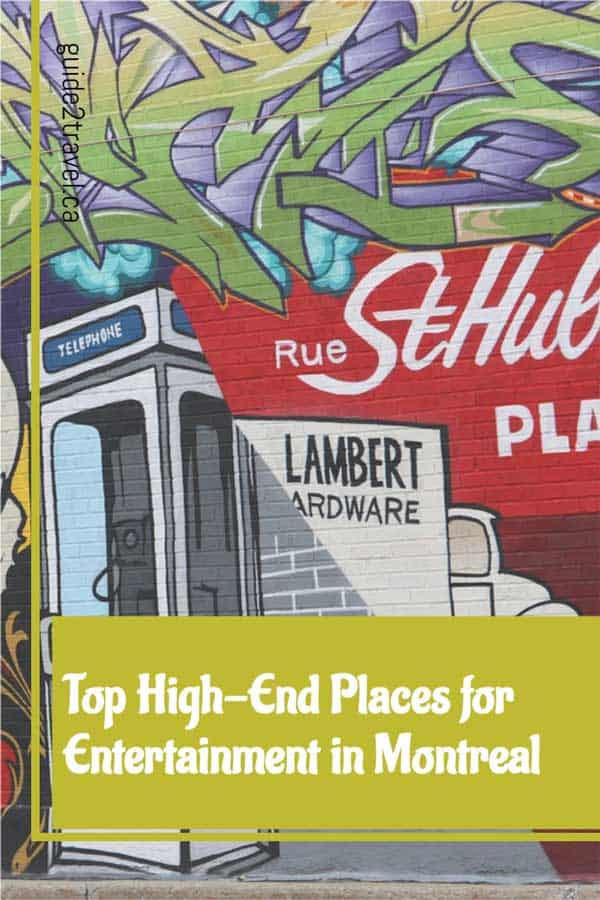