There is an endless list of things to do in Krakow, Poland. Poland is a fantastic country with plenty to offer, and this historic, former capital city, is one of the best places to visit.

Most tourists only give themselves two or three days in Krakow, which means you have to pack your days full. This handy list of the best things to do in Krakow should give you a great head start. 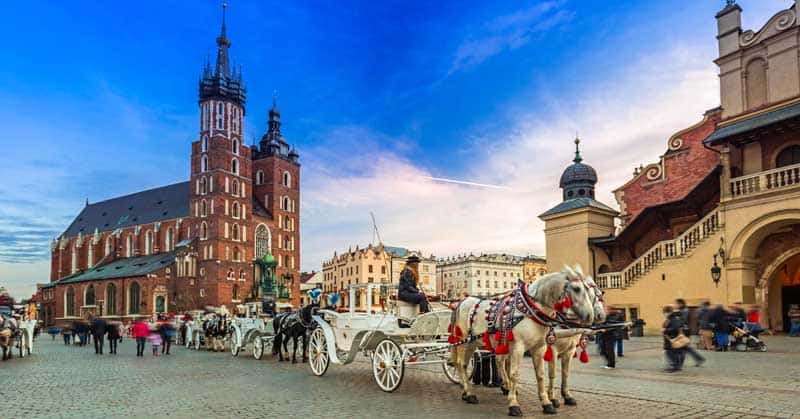 Said to be the site of the original Krakow settlement, Wawel hill played home to the kings of Poland for centuries. Wawel cathedral, inside the castle grounds, was the site of the coronations of every Polish king. It is also the final resting place for most of them, in the underground Royal tombs. The 14th-century cathedral counts former Pope John Paul II amongst its previous arch-bishops and consists of architecture left-over from every Polish dynasty.

The Royal Palace, the Krakow dragon and Wawel castle museum, can all be found inside this magnificent historical structure.

St. Mary’s Basilica, Krakow, is one of the most iconic churches in Poland. The basilica is the focal point for most religious events in Krakow and setting to some of the city’s most famous legends, including the trumpeter of Krakow.

By far, one of the most popular things to do in Krakow is to see the trumpeter play his hourly Hejna? call from the church tower of St Mary’s basilica. Scores of tourists gather below in Krakow’s main square to hear the trumpeter’s hourly call ring out across the city.

As well as the trumpeter, the basilica itself is a majestic 14th-century building that, along with the beautiful decor and stained- glass, houses the world’s largest wooden, Gothic altarpiece. The altar took German artist Weit Stoss nine years to carve by hand in the 15th- century.

Although technically not in Krakow itself, a visit to Auschwitz from Krakow comes high on the list of most tourist itineraries. The former WW2 Nazi concentration camp is notorious the world over, and a day tour from Krakow to learn of the atrocities of the Holocaust is a humbling and eye-opening experience that is highly recommended when visiting Poland.

Another trip that takes you just outside of the city is a visit to the Krakow Salt mines. Although technically the Wieliczka Salt Mines (a town just outside of Krakow), the salt mines were in operation for centuries and now welcome hundreds of tourists each day on fascinating underground tours.

Wieliczka Salt Mines are one of the original UNESCO world heritage sites (along with Krakow Old Town), the Krakow salt mines are a maze of underground tunnels, chapels, and even an underground cathedral. All of which is constructed out of salt. This truly unique experience is one of the attractions that make a weekend in Krakow so memorable.

If you visit Wawel castle and St. Mary’s Basilica, higher up on this list, then you can’t really fail to see Krakow Old Town. However, the Old Town makes this list in its own right because it is filled with wonder at every turn. And unfortunately, because some visitors to Krakow Old Town will only see its two most famous attractions and nothing more.

Along with Quito in Equador, in 1978, Krakow became the world’s first UNESCO city, meaning there is much more to it than a castle and a church. In the North of the Old Town, visitors can find the 500-year-old Barbican fortress, as well as the remains of the city’s fortified walls.

There are countless great museums within Krakow Old Town itself. As well as this, there is the 600-year-old Collegium Maius, the original building of Poland’s oldest and most famous university. Add to this magnificent gothic and baroque churches, beautifully adorned tenement houses, and the city’s famous Market square, and Krakow Old Town has plenty to offer any tourist.

A great way to see the whole of Krakow Old Town and Wawel Castle, while also hearing some of the city’s history and its most entertaining stories (including that of the Krakow trumpeter), is to join a Krakow Free Walking tour.

These tip-based tours are entertaining and informative, as well as a cost-effective way to see the highlights of the city.

Krakow and Kazimierz were once neighboring cities separated by a branch of the Vistula river. Nowadays they are joined together to form one city, but Krakow’s less famous sister city is also well worth a visit.

Once home to the largest Jewish community in the world, Kazimierz is a mix of great restaurants, vintage stores, and delicious street food. However, it is the area’s tragic past that still defines much of its identity today.

It is here, in the synagogues and Jewish Prayer houses of Kazimierz, that some of the most shocking events of World War two in Krakow unfolded. The neighboring area of Podgorze eventually became the location of the Krakow ghetto and the site of Oskar Schindler’s enamel factory (see number 7)- so memorably depicted in Spielberg’s wartime epic Schindler’s List.

There are great museums all over Krakow, but one of the most famous has to be the Schindler factory museum. Oskar Schindler’s story is wonderfully told in this interactive and fascinating war museum about the Nazi invasion of Krakow.

Located on the site of the former factory, the museum is an engaging way to gave further insight into how World War Two affected Poland.

Entry to the Schindler Factory museum is free on a Monday morning.

There is a mouth-watering assortment of great food in Krakow, but none more famous than Polish Pierogi dumplings. Whether boiled, fried, savory or sweet, no trip to Poland is complete without trying its most famous dish.

There is no shortage of places to try pierogi in Krakow, but amongst the most popular restaurants are Pierogi Krakowiacy and Pierogi Mr Vincent. The dumplings come stuffed with cheese and potato, meat or cabbage, and filled even with berries and cream in the summer months.

Vodka is about as Polish as it gets. The country’s history has long been tied into its most famous drink and there are tons of great bars in Krakow where you can try some of the best vodkas in the world.

One of the best is simply called Wodka and offers just what the name suggests. A great selection of unique and delicious vodkas from all over Poland served in handy taster-size shot glasses, Wodka has earned itself a reputation in Krakow with tourists and locals alike. And with cherry chocolate, hazelnut, and many other flavors to pick up, it’s really no surprise it’s so popular.

Dale Cullen is originally from the UK and has worked as a writer and tour guide in London, Berlin and Krakow.

After visiting Krakow in 2017, he fell in love with the city and co-founded the tour company City Walks Krakow, to share his love of the city. He has a passion for writing and has researched and written all of the company’s six walking tours.

More Things to See and Do in Poland

The photo in the header above was taken by Linda Aksomitis in Krakow Old Town, Krakow, Poland, on a night walk through the historic square.

If you enjoyed this article please pin it to share later! 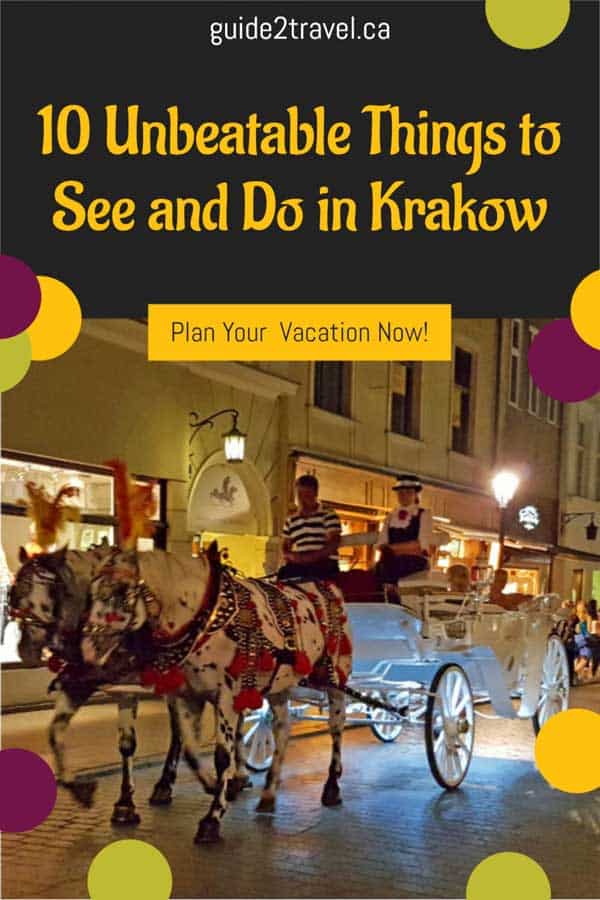 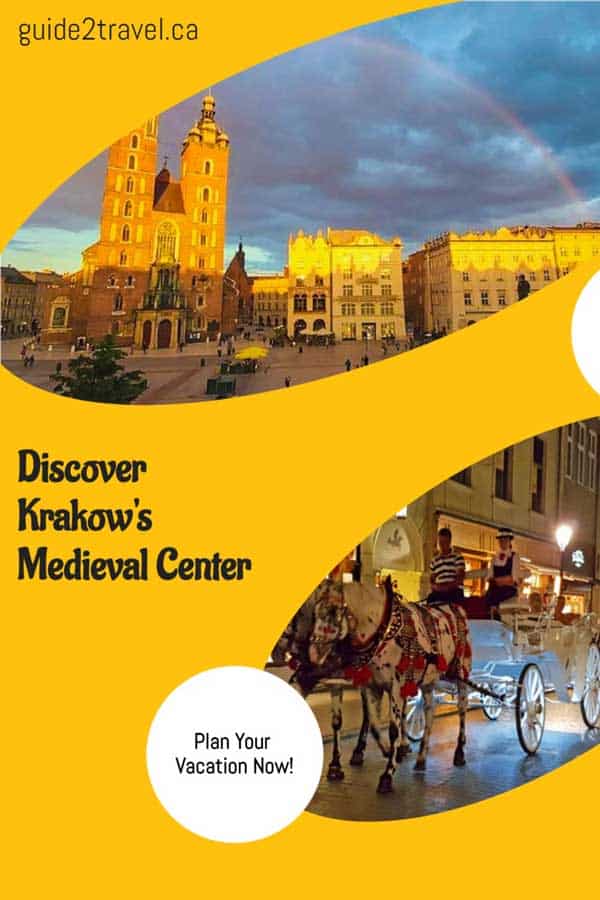 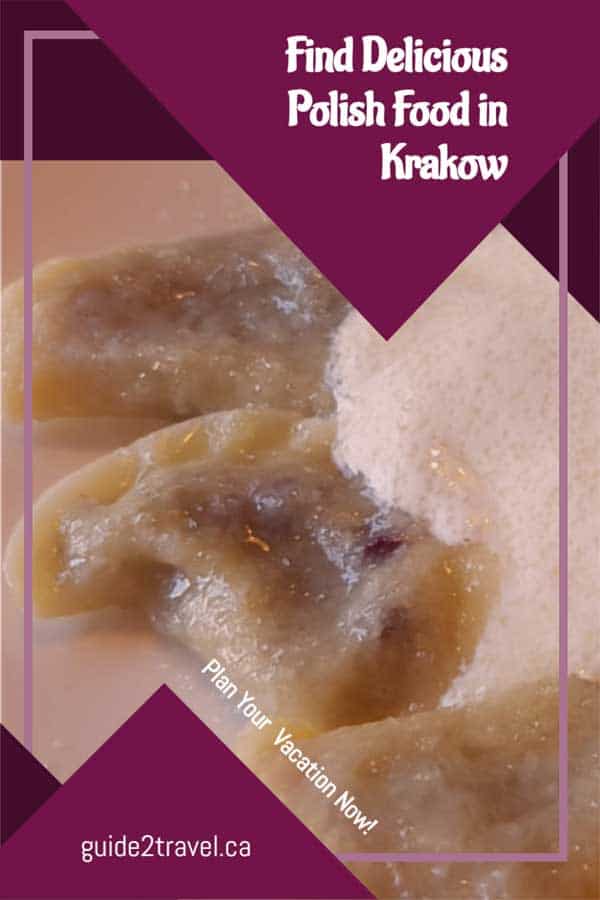 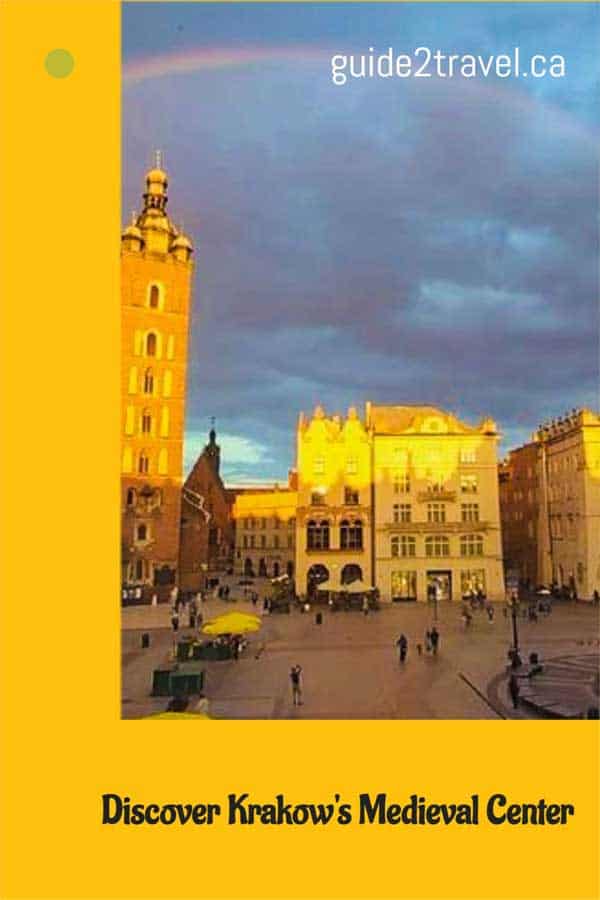