Cowboys, lariats, and cows. There’s nothing more iconic about Alberta than this centuries-old scene. Indeed, it was way back in 1873 that a Methodist minister, John McDougall, and his brother, David, brought in the first herd of breeding cattle. Albeit a small start, with just eleven cows, and one bull, cattle ranching has grown into big business.

The best way to get immersed in Alberta’s cowboy life and cattle ranching is by taking a trip down the Cowboy Trail. At about 700 km (435 miles), the single lane highway #22, runs from north of Edmonton at Mayerthorpe, to nearly the US border at Cardston in the south, between the Rocky Mountains and the prairies. Here’s a video that takes you the whole length!

Leaving Calgary on the Cowboy Trail

Fall has always been my favorite time of year — particularly the golden sea of grain fields that dot the prairies. This year, however, I decided to add more color to my fall drive and decided to take the Cowboy Trail highway from Calgary, right through to Waterton Lakes National Park on the U.S. border. 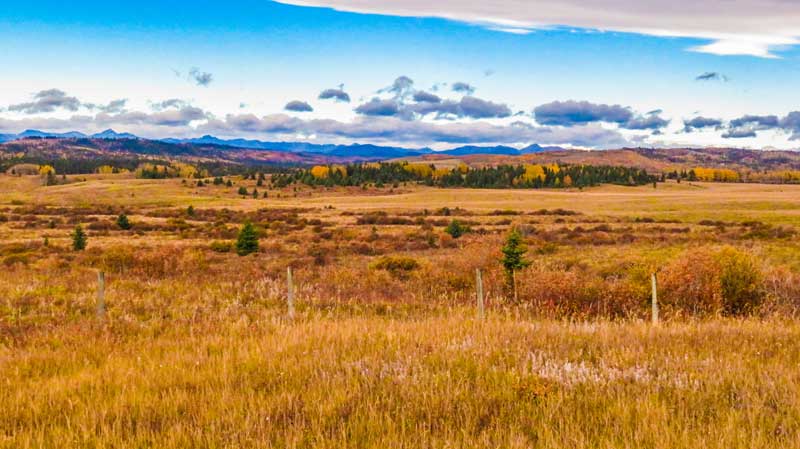 Cowboy Trail leaving Calgary with foothills of the Rockies in the distance.

Leaving Calgary, the foothills of the Rocky Mountains were readily visible as a dark backdrop for the fenceposts and golden grasses of the prairies. In the beginning, there’d have only been the grasses and shrubs — fences didn’t arrive until the early 1900s.

The further I drove, though, the more the landscape changed. Soon, it was ranch houses and hillsides of golden leaves with dots of orange and red of the Aspen Parklands. The world’s largest boreal-grassland transition zone, the Aspen Parklands run from Alberta’s Peace River country across central Alberta and Saskatchewan to south central Manitoba, as well as small areas into Minnesota and North Dakota in the US 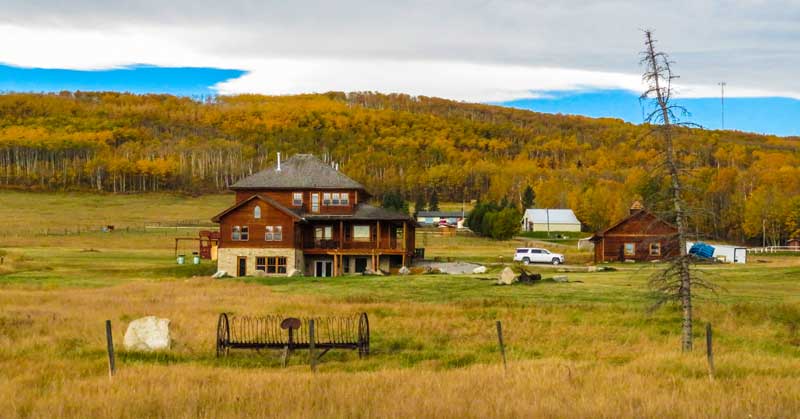 The Southern part of Highway #22 runs parallel to the Oldman River, flowing east out of the Rockies. After passing through a number of Alberta communities it joins the Bow River to form the South Saskatchewan River. Eventually, these waters drain into the Hudson Bay.

Foothills of the Rockies

While I’m not really a mountain person, there’s no arguing that the Rocky Moutains — even the foothills — are an impressive sight. So watching them get closer as the highway rolled on was a true pleasure.

Of course every road trip has stops on it. Personally, I like the smaller stops where you get glimpses into the everyday lives of the locals. So when I hit the junction of Hwy #22 and Hwy #3 and saw the sign for Oldman River Brewing, I knew it was the perfect stop. 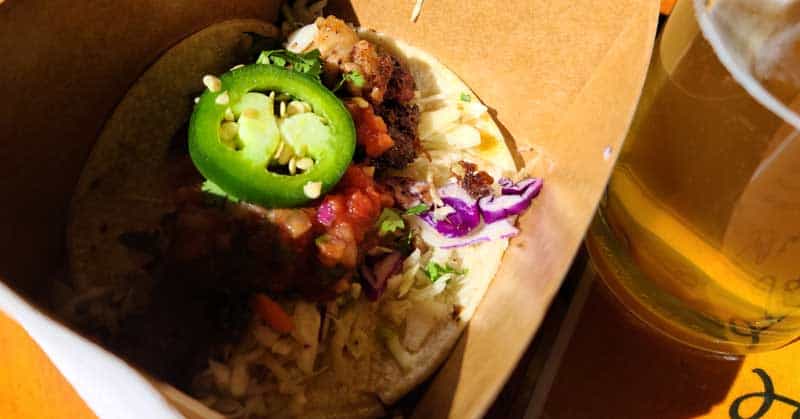 Checking out the list of beers, I selected a small glass of Old Man River Pale Ale, which went very well with the brisket taco I bought from the Taco Food truck parked next to the brewery. If you’re in the area, I highly recommend the stop!

Stops on the Cowboy Trail

While the part of the Cowboy Trail that runs north from Calgary is home to a large number of the trail’s attractions, there are various things to do in the south as well. I did a proverbial cowboy coin toss to decide whether to take the short side trip to the Frank Slide, where a 150 m thick slide of rock on Turtle Mountain covered the town of Frank in 1903. The Frank Slide Interpretive Center is 1.5 km off Highway 3 in Crowsnest Pass, Alberta.

Unfortunately for me, most places in Pincher Creek were closed for the National Day for Truth and Reconciliation on my drive. However, I’ll be heading back next year to check out places like the Centre Peak High Country Adventures, Castle Falls, and Heritage Acres Farm Museum.

I had also planned to stop at the Head Smashed in Buffalo Jump, a UNESCO World Heritage site, but it was closed for the holiday. This historic site is located about 45 minutes from the Oldman River Brewery on Hwy #3 and Hwy #785.

Linda Aksomitis has visited 20+ countries around the world, published 3 travel guides, and is the owner/editor of guide2travel.ca All of the photos in this article were taken by Linda Aksomitis.

More Things to See & Do in Alberta

The photo in the header above was taken by Linda Aksomitis driving the Cowboy Trail scenic highway south of Calgary, Alberta, Canada. 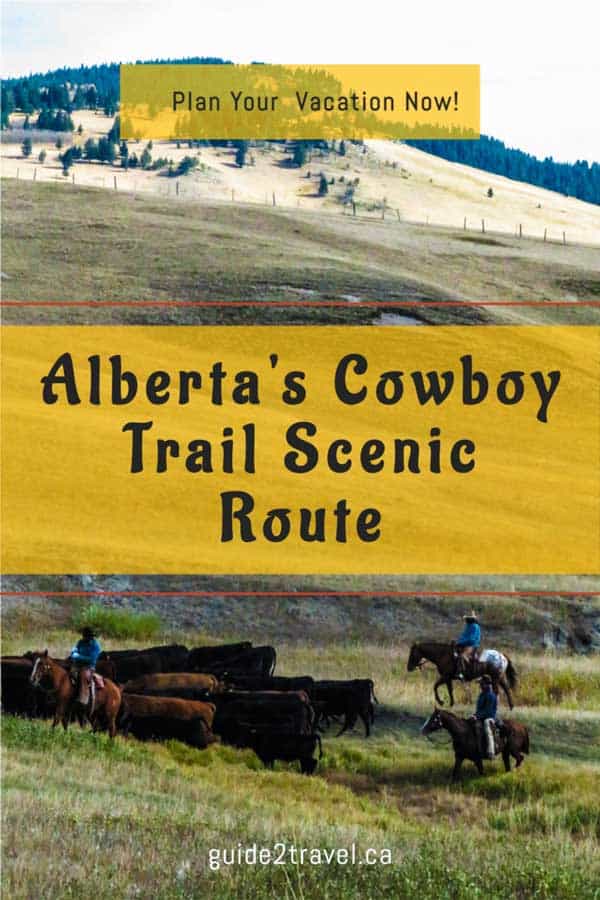 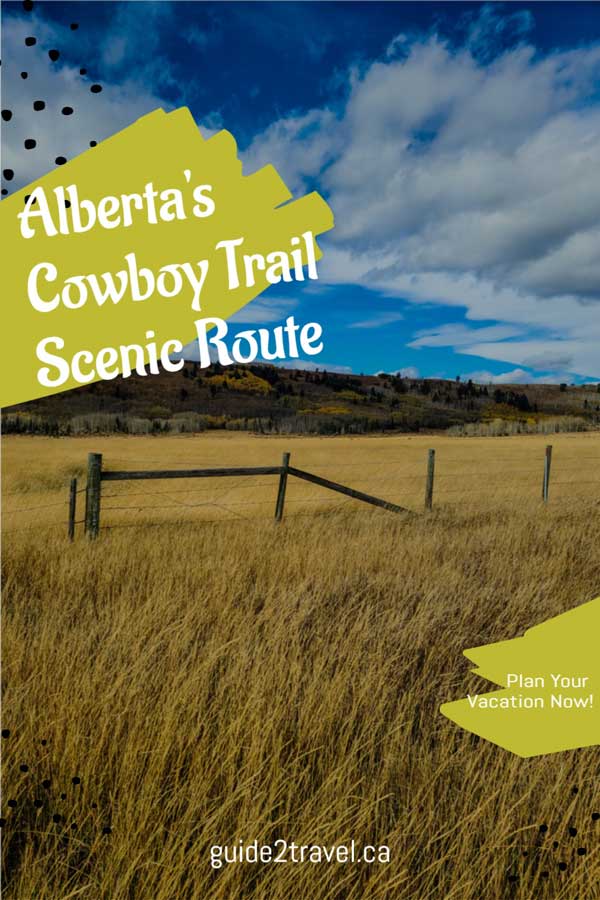