Top Places in the World to Swim With Dolphins

...travel adventures with a twist of history Latest ArticlesAdventures
;
[This post was published in a collaboration with our partners; as always, all opinions and ideas are entirely at your own.]

When most people put together a bucket list of things they’d like to do before they leave this world, swimming with dolphins tends to be up there. After all, dolphins are extremely sociable and gentle creatures, and they seem to love us humans. Of course, going on a cruise or experiencing city life in a foreign destination appeals, but you’ll struggle to find opportunities to swim with these amazing creatures. If you’re serious about it, then it’s worth visiting somewhere known for it. 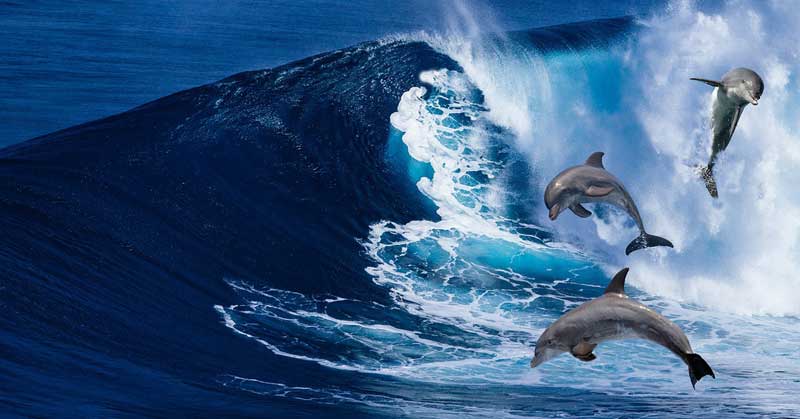 Dolphins jumping in waves. Image by illusion-X from Pixabay.

Like many other popular activities, there are hotspots where dolphin watching and swimming is prominent. Imagine gliding along side-by-side with these remarkably intelligent creatures, and it really is special. It beats relying on David Attenborough to tell you all about them or playing the Dolphin Reef online slot machine, that’s for sure.

Getting up close and personal with these brainy mammals is, therefore, a once in a lifetime opportunity most people wouldn’t turn down, but knowing exactly where to go is fairly tricky, especially as there are an extensive array of options around the world. We’re focusing on the best of the best here, though. Below is a look at some popular destinations.

One of the Top Places on the Planet to See Dolphins

With a large population of Dusky dolphins virtually all year round, Akaroa in New Zealand is a popular place to go for dolphin swimming. Obviously you want to go somewhere where you have a strong chance of accomplishing your goal, which is why the abundance of marine life in Akaroa is a great option to start. You might even catch a glimpse of some whales during your trip too, largely because there is a large population of whales in the area also.

Boasting a 99% success rate when it comes to finding dolphins on their daily excursions, most of the dolphin operators in Oahu and Kona in Hawaii are popular options for people. Hawaii is known to have 13 species of toothed dolphins swimming in its warm waters, with the most common being the Hawaiian spinner, spotted, bottlenose and rough-toothed dolphins. Hawaii is essentially packed full of dolphins in its waters, making it a highly desirable dolphin swimming destination for holidaymakers.

Swim with Dolphins in Paradise 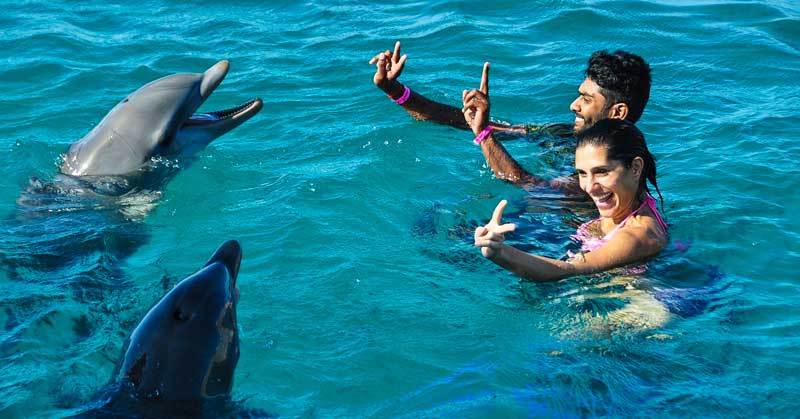 Dolphins in water with trainers. Image by vrgoberdhan from Pixabay.

Blessed with warm and shallow waters, Bimini in the Bahamas is a fantastic location to spot and swim with dolphins. Also offering a taste of paradise alongside your dolphin swimming adventure, it’s a truly stunning location to visit. Once you’re settled in and ready to embark on your memorable swim, you can expect to see Atlantic Spotted Dolphins in particular, alongside a whole host of other species.

The Perfect Habitat for Marine Mammals

Another excellent option in this space is Azores Archipelago. In the Azores, it features some of the best habitats in the world for marine mammals. In fact, more than 24 species from the world’s entire population of marine mammals have been spotted off the coast. As for dolphins, it has the widest variety of dolphin species anywhere that you can find. Look into super pods in particular, especially if you’re travelling with a big group.

Four Dolphin Species to Swim With

With up to four species regularly spotted by tour operators and swimmers alike, the Red Sea is another option worth considering. Common dolphins, bottlenose, spinners and the shy Risso’s dolphin can be observed all year round. One day you might see them mating in the lagoon while eating dinner, then the next morning, you could be swimming alongside a pack of them. Samadaii in Marsa Alam is the place to go.

5 of the Best Islands in the U.S. for a Wildlife Vacation

Looking for an interesting wildlife vacation and experience in nature? Here are five US islands to visit from South Carolina to California.

Do you love camping and immersing yourself in the great outdoors? These five amazing East Coast USA camping destinations may be perfect.

The photo in the header above is of a woman riding a dolphin. Image by Sarah Richter from Pixabay 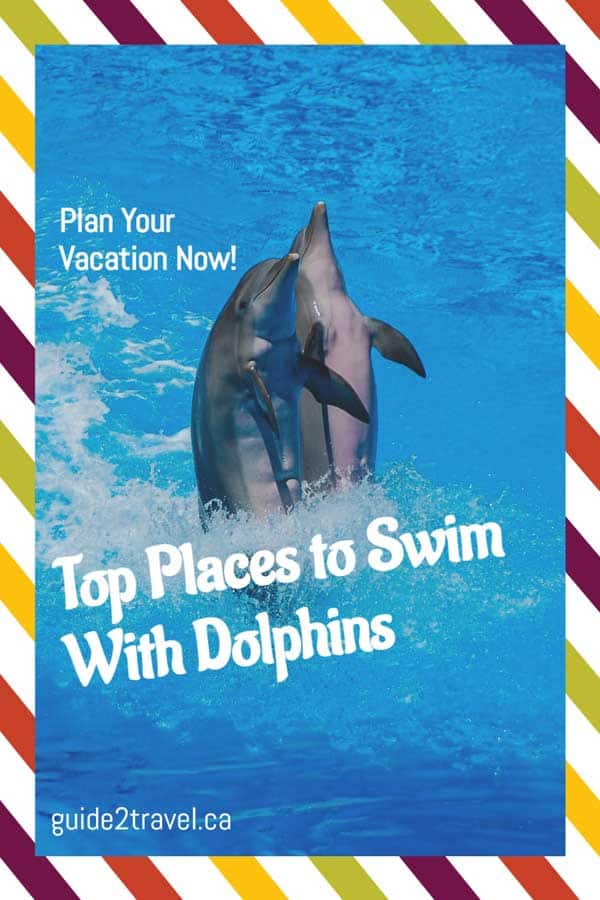