When you think about a holiday or a tourist trail in Cambodia, what’s the first thing that pops to mind? Yes, that’s right, the great ancient ruins of Angkor Wat. And what a great site it is! But the second most visited place in Cambodia is Cheung Ek.

Cheung Ek’s Killing Fields are located 15 kilometers south-west of Phnom Penh and were made famous by the film “Killing Field.” Over 17,000 people were slain and buried in mass graves here, many of whom were taken here after being detained and tortured in Toul Sleng. 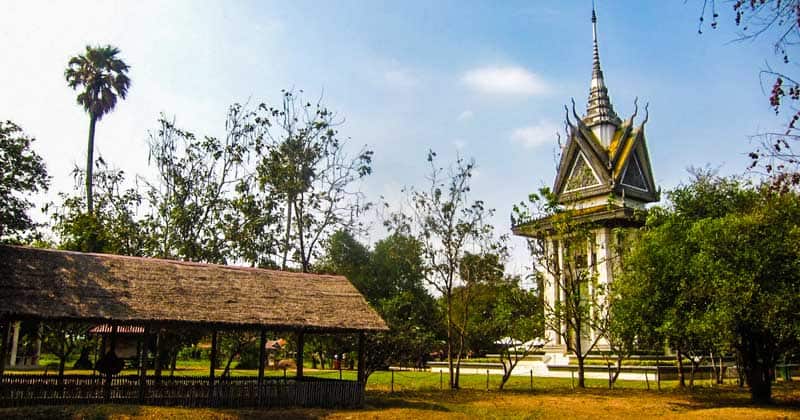 Walking around on a nice and sunny day, it’s hard to imagine what horrors took place on this site. Photo by Ramon Odijk.

So why is this terrible sad place such a famous tourist destination?

Our Visit to Cambodia

My wife and I spent some years in South East Asia, backpacking and working wherever we could. Cambodia was one of our favorite countries that we have encountered. We visited Otres in the south and enjoyed lobsters on the beach while staying in cheap hostels, went on a crazy train cart ride through burning crop fields in Battambang, and of course, hiked around Angkor Wat like true tomb raiders.

We felt like the luckiest persons in the world and behaved accordingly, just like striking the jackpot via a casino bonus UK, or some sort.

But what left the deepest impression was our visit to the killing fields, and the awareness of what happened during the time of the brutal regime of Pol Pot and the Khmer Rouge. 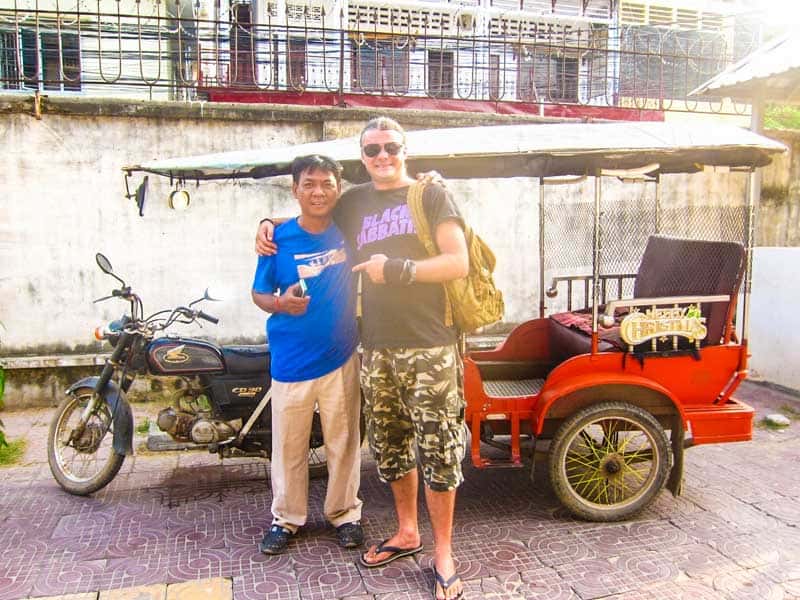 While staying in a hotel in Phnom Penh for a few days, we couldn’t ignore the hustlers and tourist agencies trying to sell you a ticket to the killing fields. Of course we wanted to go, but our travel senses were well adjusted to pick an agency or hustler that we could trust with our Cambodian currency (Riel).

While sipping a beer in town, we were approached by Charly. Charly was the proud owner of his own tuk-tuk and came across as a very cheerful and charismatic guy who had made his own photo scrap book of the tours he had to offer. As soon as we showed interest in the time that the Khmer Rouge ruled the country, he was more than eager to speak in great length about the time that costed so many lives, including the lives of his own family.

He politely insisted that we should hop in his tuk-tuk to take us up to the killing fields, so he could fill us in with all the details other tour guides fail to mention. Besides, if we would go with Charly, he would make sure nobody would overcharge or hustle us. So, we went with Charly.

What happened at the Killing Fields

To understand the killing fields, it’s important to know who Pol Pot was.

Pol Pot was a Cambodian politician who led the communist Khmer Rouge government from 1975 until 1979. Between 1.5 and 2 million Cambodians died as a result of hunger, execution, sickness, or overwork during that time. S-21, one of the most notorious detention centers, was so notorious that only seven of the 20,000 prisoners held there are known to have survived.

We met one of these survivors.

Intellectuals, city citizens, ethnic Vietnamese, civil servants, and religious leaders were targeted by the Khmer Rouge in their attempt to socially engineer a classless communist society. Pol Pot’s rule is considered by some historians to be one of the most cruel and violent in recent history.

Those going to Cheung Ek were squeezed into the backs of trucks for the 17-kilometer (11-mile) journey. Soldiers blindfolded many of them and, rather than waste bullets, bashed spades into their heads before pushing them into pits containing thousands of dead bodies. Around 17,000 men, women, and children are thought to have been executed at the site.

Nearly 9,000 people’s bodies were exhumed from the mass graves that littered the old orchard in 1980. Many of these skulls are now housed in a memorial stupa, which was built in 1988 and serves as the site’s point of focus, serving as a reminder of the tragic past and ensuring that the lives lost are never forgotten. 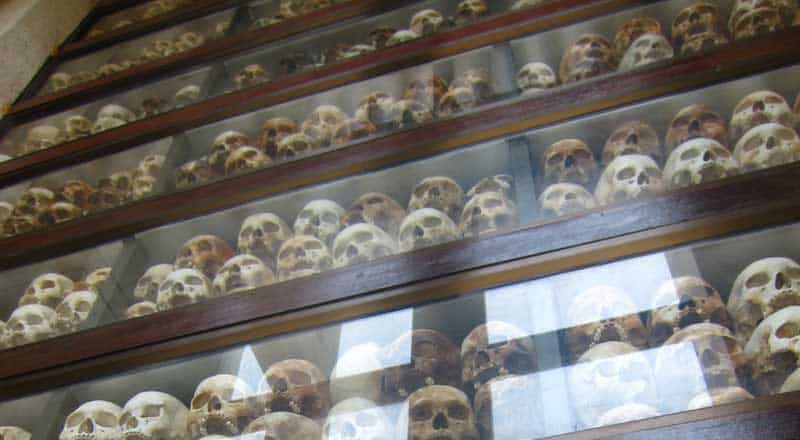 Thousands of human skulls welcome you in the small museum. Photo by Ramon Odijk.

Walking around on a nice and sunny day, it’s hard to imagine what horrors took place on this site. This awareness slowly crept in by the numerous signs and information boards that are scattered around the place. One sign on a big tree explains that babies used to be smashed against the trunk in front of their weeping mothers. The tree clearly shows the scars of the hundreds of infant heads that have made an impact on the bark.

Another sign reminds you that this hill you’re sitting on to rest your feet is another mass grave of 500 identified citizens. And then there is this huge pile of human skulls that welcome you at the entrance of a small museum which displays pictures of mangled bodies.

After hooking up with Charly again at the exit, our spirits weren’t as lifted as a few hours before. However, Charly still had another site he wanted to take us to — the notorious S-21 prison in downtown Phnom Penh. 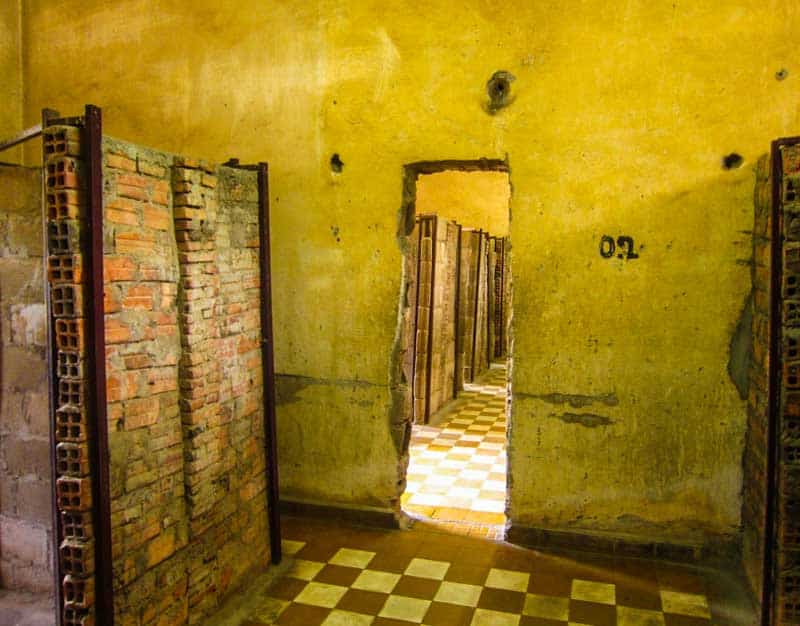 The buildings actually served as a high school, but in April 1976 the complex was renamed “Security Prison 21” (S-21) by the Khmer Rouge, and work began to adapt the prison to the inmates’ needs. Electrified barbed wire was installed around the perimeter, classrooms were converted into small prisons and torture chambers, and all windows were covered with iron bars and barbed wire to prevent escapes and suicides.

Tuol Sleng held an estimated 20,000 prisoners between 1976 and 1979 (the real number is unknown). The prison held between 1,000 and 1,500 inmates at any given time. They were tortured and pressured into naming relatives and close associates, who were then detained, tortured, and killed.

Walking around in the complex is unreal. You can see classrooms that have been converted into medieval torture chambers. Bloodstains are still clearly visible throughout the buildings and just standing in a small cell it’s hard to imagine that dozens of people have been stacked up here.

The building is littered with hundreds of photos and images of the victims and the torture techniques are clearly described on the many billboards on the bloodstained walls.

At the end of our visit, Charly introduced us to one of the seven survivors of the prison who spends his time in the courtyard: Mr. Chum Mey. 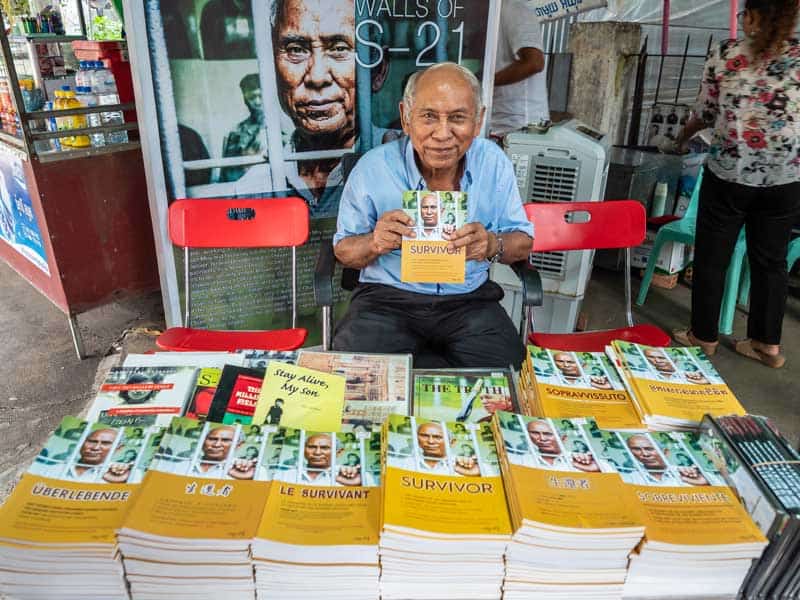 Because to his ability to fix machinery, Chum Mey was kept alive. He wrote a book about his experiences: The Triumph of an Ordinary Man in the Khmer Rouge Genocide.

We thanked Charly for his excellent tour and additional information that is mostly left out by other tour guides. If you ever visit Phnom Penh and would like to pay a visit to the killing fields and S-21, look out for Charly (see picture) and tip him well. He definitely deserves it.

Ramon is a world traveling backpacker, blogger, and now sailor, who enjoys exploring new cultures and places off the beaten track.

More Things to Do in Cambodia, Thailand, and Vietnam

Check out a travel blogger’s extreme adventure in Cambodia. Take the bamboo train, or norry, down this single lane track through a fire!

Tonle Sap Lake is Southeast Asia’s largest freshwater lake. Learn more about its floating villages and villages built on stilts in the water.

The photo in the header above is of the S-21 Jail converted from a school in Cheung Ek, Cambodia. Photo by J Juncadella.

Ramon Odijk is a world traveling backpacker and blogger,

If you enjoyed this article please pin it to share later. 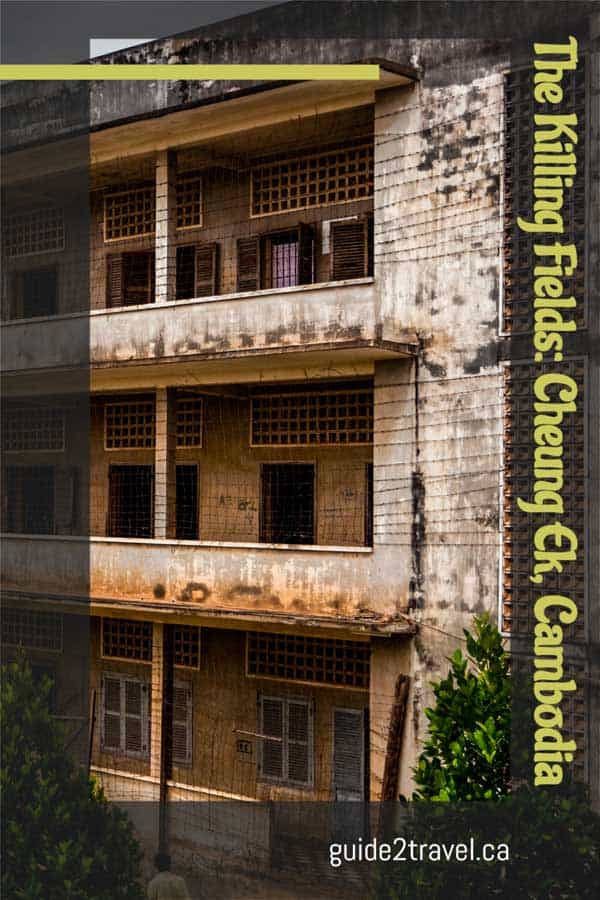 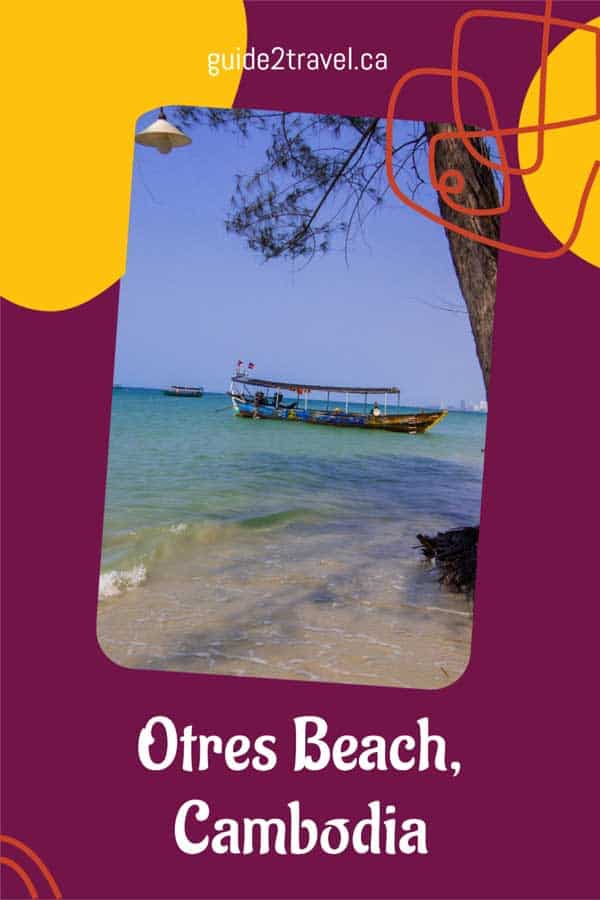 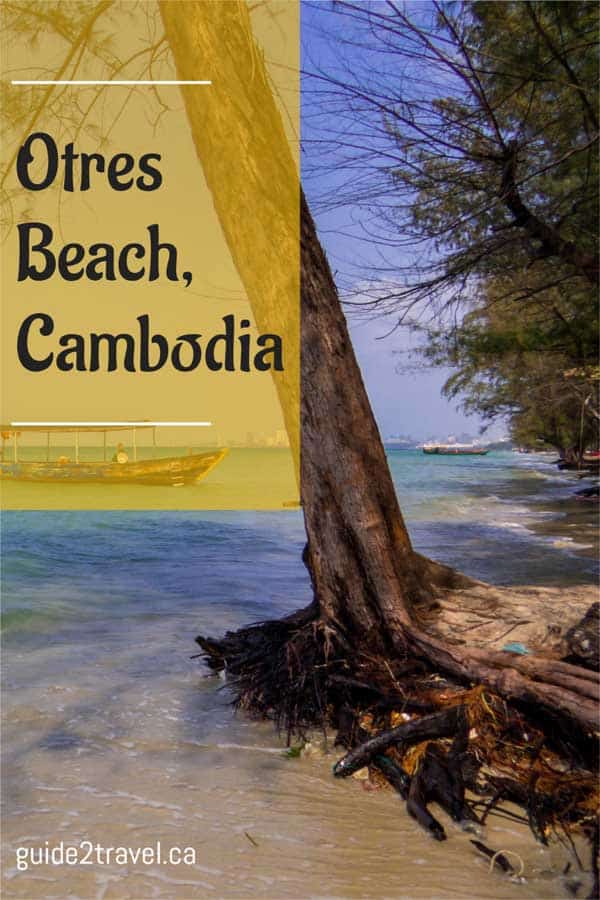