...travel adventures with a twist of history Latest ArticlesAdventure
;

Tikal National Park is located in Petén Province, Guatemala. It’s part of a large forest region known as the Maya Forest, which stretches into neighboring Mexico and Belize. Tikal National Park is one of the few World Heritage properties inscribed according to both natural and cultural criteria for its extraordinary biodiversity and archaeological importance. 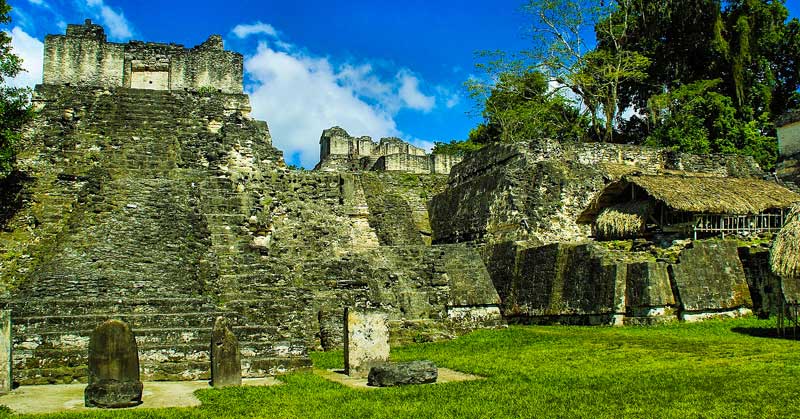 Mayan ruins in Tikal, Guatemala. Image by DEZALB from Pixabay.

It is located within the much larger Maya Biosphere Reserve, which spans over two million hectares and is contiguous with additional conservation areas.

When I visited Tikal, I was blown away by its size and architectural buildings. It was amazing to walk around in this ancient Maya city that I have heard so much about since I was just a kid.

My girlfriend and I had been living in Central Amerika for four years before our visit to Tikal and have been living in close quarters with many Mayans that go about their daily lives in Honduras, Belize and Guatemala. We actually funded our trip to Central Amerika by striking luck in a minimum deposit casino one year prior and we never regretted our decision to book a ticket from the Caribbean to San Pedro Sula, Honduras.

We entered the park before sunrise and sat on Temple V to watch the jungle come alive with howling monkeys, colorful parrots, and thousands of crickets. It was at exactly that moment that I asked my soulmate to be my wife. This is why Tikal has an extra dimensional meaning to me. Oh, she said yes, by the way.

A large range of neotropical animals and flora can be found in the different ecosystems and habitats. Among the significant animals are five cats, including Jaguar and Puma, many kinds of monkeys and anteaters, and over 300 species of birds. More than 200 tree species have been identified in the forests, with over 2000 higher plants found in a variety of environments.

Tikal, a prominent Pre-Columbian political, economic, and military center, is one of the Maya civilization’s most famous archaeological complexes. The main monumental architecture and monuments are located inside a 400-hectare inner urban zone, which includes palaces, temples, ceremonial platforms, small and medium-sized dwellings, ball-game courts, terraces, roadways, and large and small squares.

Many of the existing monuments have decorative surfaces, including as stone carvings and mural paintings with hieroglyphic inscriptions, that depict the city’s dynastic history and relationships with cities as far afield as Teotihuacan and Calakmul in Mexico, Caracol in Belize, and Copan in Honduras. Residential areas and medieval water reservoirs, now known as “aguadas,” are part of a larger archaeological zone covering roughly 1,200 hectares.

More than 25 linked secondary sites dot the large surrounding zone, which have historically served as checkpoints for trade routes and as a means of protection. A large part of agricultural production for the highly populated center came from the outskirts.

Tikal National Park, the UNESCO World Heritage site, spans 57,600 hectares of marshes, savannah, tropical broadleaf, and palm forests. It has thousands of architectural and artistic relics dating from the preclassical period (600 B.C.) through the fall, and eventual collapse, of the Mayan urban center around 900 AD.

Numerous buildings, carved monuments, and other artifacts have been discovered in Tikal. They bear testament to extremely advanced technical, intellectual, and cultural achievements that emerged from the arrival of the first settlers (800 B.C.) to the end of historic occupation about the year 900.

Tikal has given us a better knowledge of not only a fascinating past civilization, but also of cultural evolution in general. The Great Plaza, the Lost World Complex, the Twin Pyramid Complexes, as well as ball courts and irrigation structures, are examples of the diversity and quality of architectural and sculptural ensembles fulfilling ceremonial, administrative, and residential purposes.

Who were the Mayans?

The Maya are the most well-known of Mesoamerica’s classical civilizations. They emerged approximately A.D. 250 in present-day southern Mexico, Guatemala, northern Belize, and western Honduras, having originated in the Yucatán circa 2600 B.C. The Maya developed astronomy, calendrical systems, and hieroglyphic writing based on the inventions and ideas of older civilizations such as the Olmec. The Mayans were also known for their magnificent and complex ceremonial architecture, which included temple pyramids, palaces, and observatories, all of which were constructed without the use of metal tools.

They were also excellent cultivators, clearing enormous areas of tropical rain forest and constructing large underground reservoirs for rainwater storage where groundwater was scarce. Maya weavers and potters were equally skilled, and they carved out routes across jungles and marshes to establish enormous trade networks with distant peoples.

Around 300 B.C., the Maya established a hierarchical government with ruling nobles and monarchs. During the Classic period (A.D. 200-900), this civilization evolved into highly organized kingdoms. Their culture was made up of several separate states, each comprising a rural farming community and big urban areas centered on ceremonial centers.

It began to deteriorate around A.D. 900, when the southern Mayans abandoned their cities for reasons that are still mostly unknown. The Maya dynasty came to an end when the northern Mayans were absorbed into Toltec culture by A.D. 1200, however some peripheral centers thrived until the Spanish Conquest in the early sixteenth century.

Maya history can be summarized as a series of ups and downs, with city-states rising to prominence and then falling out of favor, only to be replaced by others. It might also be described as a culture of change and continuity, directed by a faith that stays at the heart of their culture. The belief in the cosmos’ effect on human lives and the importance of paying tribute to the gods via rituals continues to find expression in a modern hybrid Christian-Maya faith for individuals who follow traditional Maya customs.

Plan Your Visit to Tikal

The high season in Guatemala stretches from December through March, with the weeks around Christmas and Easter being the busiest. Because there is more demand for lodging during these seasons, prices are likely to be higher than at other times of the year.

All of this means that the best months to visit Tikal are February and March, when the weather is noticeably cooler and drier and the prices are slightly lower. The majority of travelers go to Tikal from Flores, the closest town, although some choose to travel to Tikal from San Ignacio, Belize. 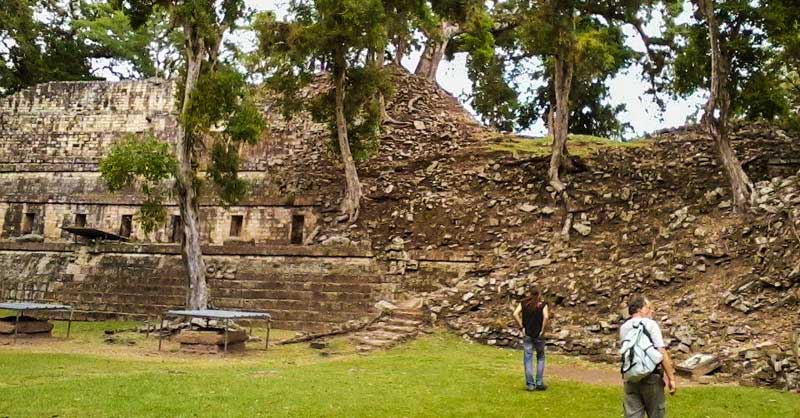 The author, Ramon Odijk, and his father in Copan, Honduras

Ramon Odijk is a world traveling backpacker, blogger, and now sailor who enjoys exploring new cultures and places off the beaten track.

More Places to Visit in Central America and Mexico

Visiting Cancun this winter? Check out these 5 day trips from Cancun to explore Mayan pyramids & more!

From turtle watching to surfing, Tamarindo, Costa Rica provides everything you’d ever want in a tropical destination. Mix your surf with some Spanish language lessons at the WAYRA Spanish School.

Costa Rica has amazing beaches on both its Pacific Ocean and Caribbean side, volcanic mountains, and pristine jungles – enjoy pure life in the tropics on your visit!

From extreme sports to ancient cities and pyramids–there’s an adventure for everyone in Mexico.

The photo in the header above is of a Mayan pyramid in Tikal, Guatemala. Image by Lukáš Jan?i?ka from Pixabay

Ramon Odijk is a world travelling backpacker and blogger. 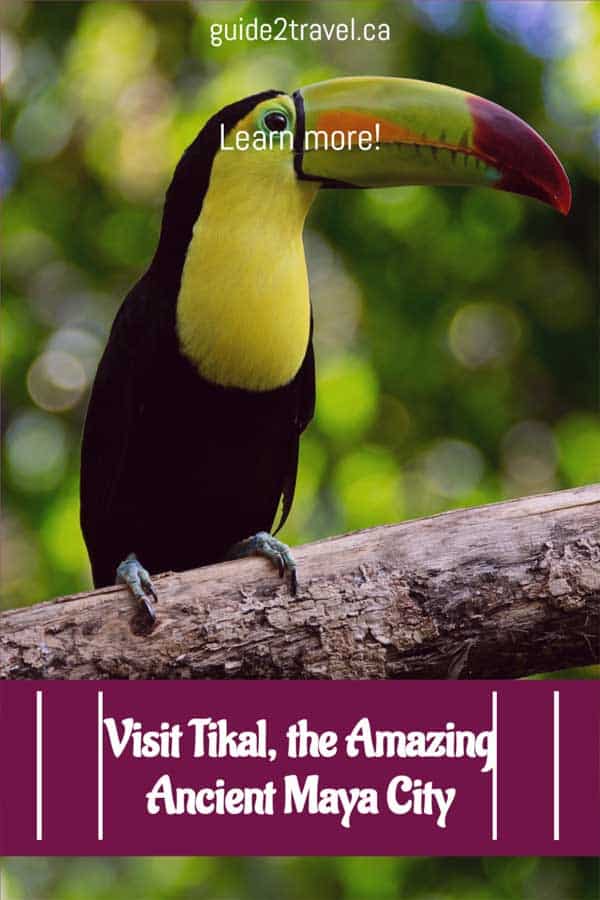 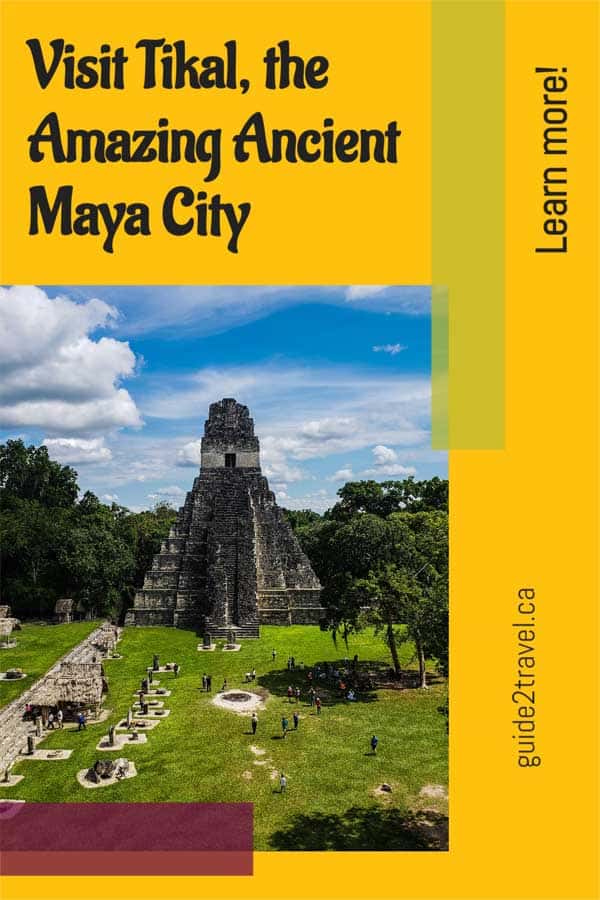 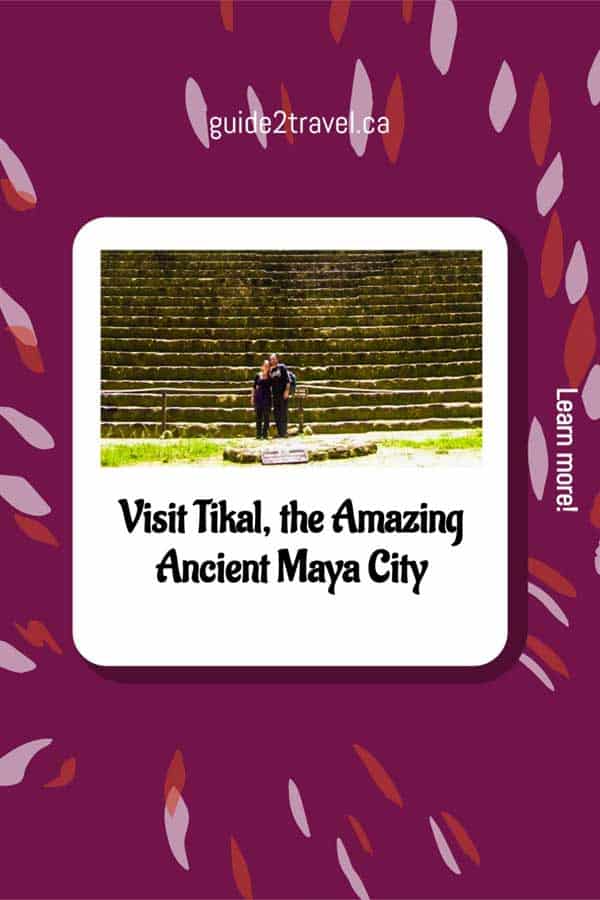