Thanks to its rich history and culture, Venice, Italy, has an almost unlimited number of famous sites worth visiting. In addition to the many canals that runs through the city, the gondola rides and the atmospheric streets, there are a lot of magnificent churches, cathedrals and other monuments worth visiting whilst in Venice. 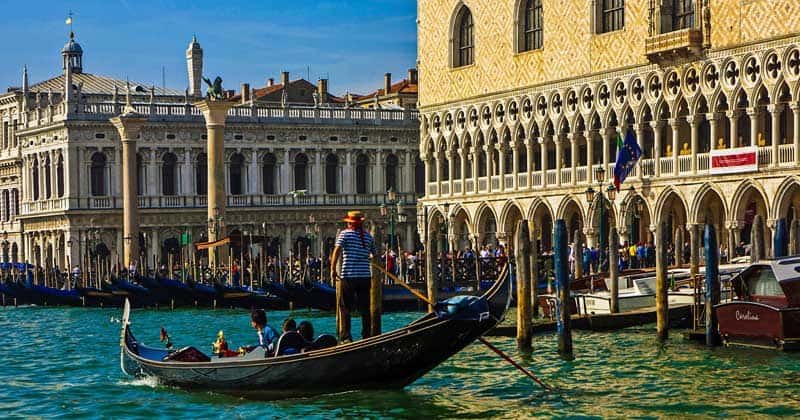 There is plenty to choose from within a small radius of Venice’s attractions, as the city is full of interesting places. For the history lover, Venice really is a place that must be visited at least once. It probably comes as no surprise that the city has long been classified as a World Heritage Site by UNESCO. So, let us find out what there is to discover of historical sites in beautiful Venice, Italy.

The oldest casino in the world, which still operates, is located in Venice. It is called Casino di Venezia and opened in 1638. Before it turned into a casino, it was a theater named Theater Saint Moses.

The Renaissance-style monument was built in the 15th century by Mauro Codussi, an Italian architect who also designed some of the grandest churches in the city. The palace was bought in 1946 and opened as a casino in 1959.

Today, the casino is one of Italy’s most popular land-based casinos where players are offered lots of traditional casino games to play, such as roulette, blackjack and all types of poker.

Of course, not all people have the opportunity to visit this luxurious casino whilst in Venice, but fortunately there are online casinos such as Mr Green casino to gamble at as an option. Here one can enjoy the entertainment that land-based casinos offer, but from the comfort of one’s home.

Venice’s most bustling cathedral, Basilica di San Marco a Venezia (St Mark’s Basilica), has both a spectacular history and architecture. According to legends, the cathedral was founded in 828 after Venetian merchants stole the evangelist Mark’s relics from Alexandria.

Construction of the church began as early as 1071, and its distinctive appearance is due to the fact that it is inspired by a mixture of Eastern and Western styles in architecture: Venetian-Byzantine style. It is sometimes called the “Golden Church” thanks to its extravagance look.

Another attraction to visit when close to the cathedral is the bell tower, Campanile di San Marco. The bell tower belongs to the church but is a separate building that was built as early as the tenth century but has been rebuilt after that. It is 98,6 meters and for a few euros you can up the tower and get a nice view of the city.

Inside the St Mark’s Basilica, there is a stone heart which, according to the legend, grants eternal love to couples who touches the stone together. With that said, Venice is not only a place for those looking for historical adventures, but also one of the most romantic getaways in Europe.

The Doge’s Palace, Palazzo Ducale di Venezia in Italian, is a famous Gothic-style palace located in the heart of the city. The palace was built in 1309-1424 and was the residence of the Doge of Venice.

The first doge, that is ruler, was announced in 726. The construction of the palace began as early as the ninth century under the doges Angelo and Giustiniano Participazio, in Byzantine style on top of existing Roman walls. This, however, was repeatedly destroyed by fires. It was not until 1304 that the building began to take on its current form with Venetian marble and limestone from Istria. The doges of the city were surrounded by luxury at that time, whereas the palace still reminiscent of wealth and power.

If you go down the ‘Golden Stairs’ in the palace, you will come to the Great Council Hall, which is the most magnificent room in the palace. Here hangs paintings and sculptures by, among others, the Italian artist Tintoretto.

There are many museums to visit when in Venice, Italy, but Ca’ Rezzonico is without a doubt one of the best. Inside this magnificent palace you will learn more about the art and history of 18th-century Venice.

Ca’ Rezzonico is a three-story museum with important artworks and beautiful furniture of the period. When you enter the first floor, you find eleven halls with sculptures, paintings and 18th century furniture. The second-floor houses some of the museum’s most important works, such as art by big names like Guardi and Canaletto. The third floor includes various rooms and shops, such as the antique pharmacy Ai Do San Marchi Pharmacy.

The museum is located by the water near the Ponte dell’ Accademia bridge, so you will get there by boat from the Grand Canal. It is open every day except Tuesdays and you have to pay an entrance ticket.

More Things to See and Do in Italy, France, & Switzerland

Read More
The photo in the header above is of Rialto Bridge in St. Mark’s Square in Venice, Italy. Rialto Bridge is a stone arch bridge, constructed between 1588 and 1591. Image by Manfred Zajac from Pixabay 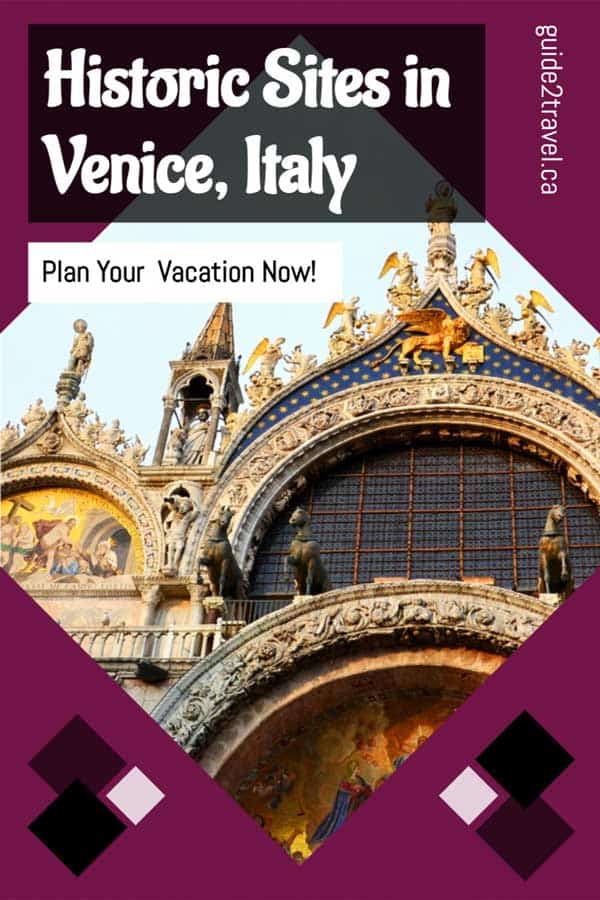 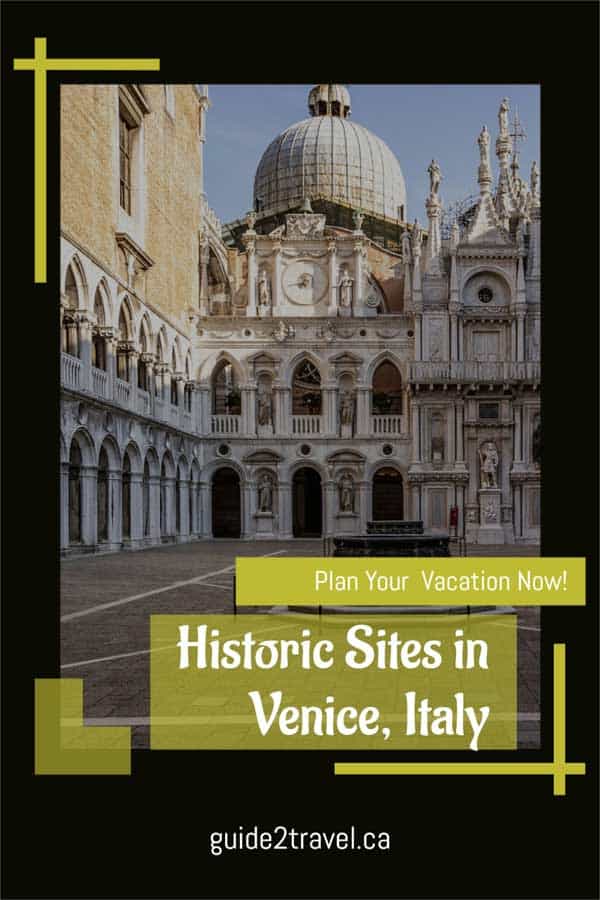 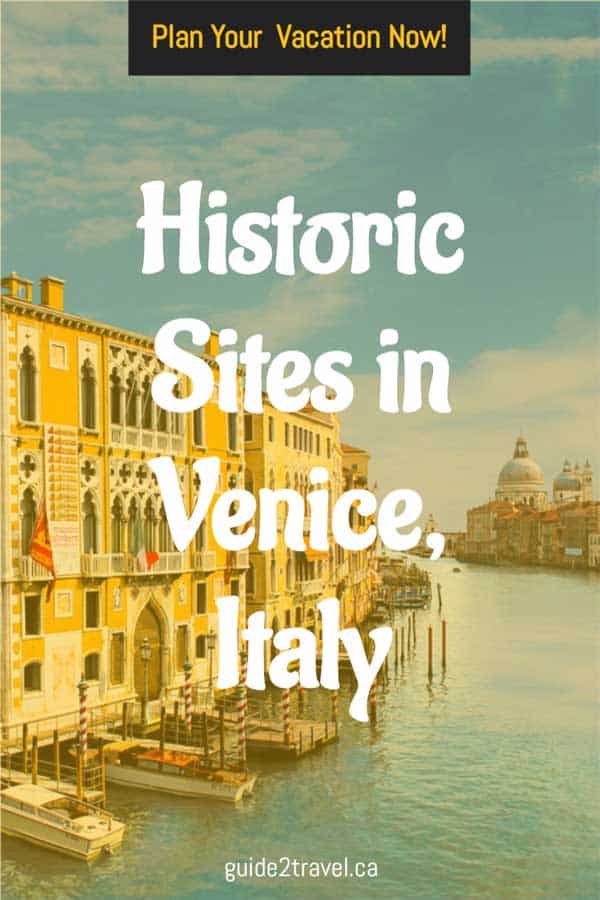 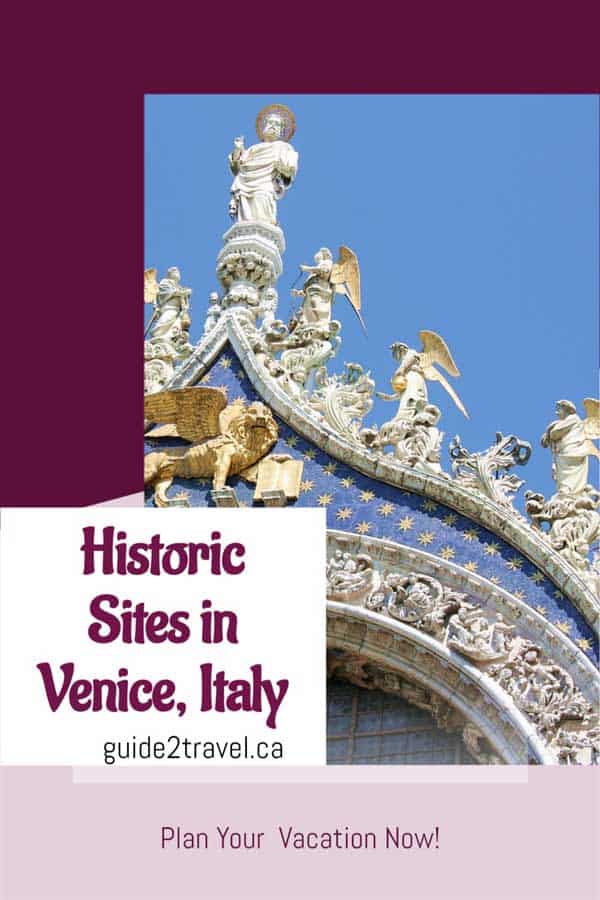