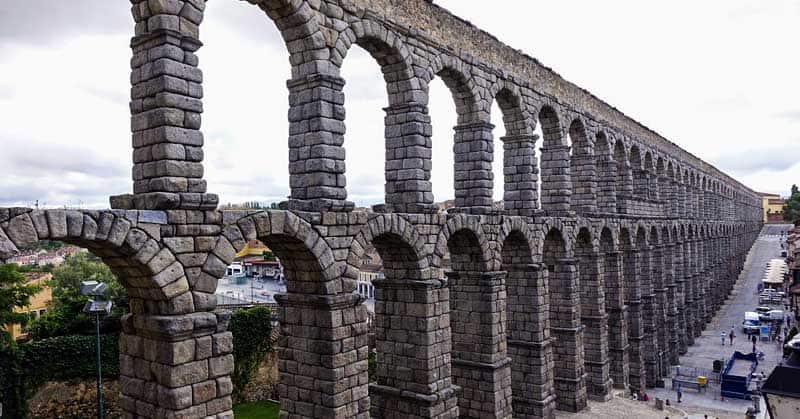 From natural scenic sites to man-made architectural wonders that encompass countless stories over the centuries, there are a number of things to do in Segovia. This article will take you through some of the famous landmarks and attractions that you can visit during your trip to Segovia.

You certainly do not want to miss out on this 500-year-old Segovian cathedral in the city center. Built in a Romanesque-Gothic style, the cathedral’s structure is a feast for the eyes with its sky-rocketing medieval towers against the backdrop of clear blue skies. The cathedral is famous for its historical significance and enjoys fame across Europe for its structural elegance. It has even been dubbed the “Lady of the Spanish Cathedrals”.

Another famous historical landmark in the city of Segovia is the ancient Roman aqueduct. The site was enclosed as a UNESCO World Heritage Site for the near-millenium of history it magnificently preserves. The Roman aqueduct is one of the largest existing structures from Roman times in Spain. The aqueduct is still functional as it carries water from the Acebeda River to the city of Segovia.

Perhaps one of the most famous attractions in the city is the Alcazar of Segovia. This magical castle, an inspiration for Walt Disney’s official logo, was built in the 12th century as a royal residence of King Alfonso X. The Gothic elements of the castle were added around the 15th century when King Henry IV expanded the castle grounds while adding to the architectural magnificence. The castle’s protruding bluish towers and limestone walls with the Guadarrama mountains in the backdrop create a magical impact on the beholder. The charm and aesthetics of the castle are unmatchable, especially in winters when covered in pristine snow–the castle seems like a dream coming to reality.

The Royal Palace of La Granja de San Ildefonso is located around 11 km (7 miles) outside Segovia, in a little town known as San Ildefonso. The palace is nestled in the Guadarrama mountain range, with snowcapped peaks surrounding the castle on all sides. The natural beauty of the surroundings adds to the equally aesthetic palace, which stands as an unmatched replications of the Baroque style from French castles. The castle had a dazzling throne room, lush French gardens, and a spectacular room of mirrors which frequently captivates visitors in a beautiful trance. If you happen to visit Segovia, do not miss out on this architectural gem adjacent to the city.

Built in the 12th century, the Church of San Martin stands as a remanence of Romanesque architecture blended with Spanish traditions. The church was constructed around the 11th century by Queen Muniadona of Castile. The church has a conventional Romanesque exterior with a three-story façade and aisles with cylindrical bell towers lining the church’s interior. The detailing on the interior columns of the church, replete with sculptures from the 14th century, adds to the church’s historical significance. Do not miss out on visiting this medieval beauty while visiting Segovia.

The walls of Segovia are the remanent of the city’s fortification from medieval times. Extending from the Alcazar to the Gate of Santiago, the walls of Segovia extend about 2,000 meters (6500 ft) surrounding the city. Two circular towers and one rectangular tower keep watch along the walls. The walls had various gates allowing entrance to the city, only two remain: known as the San Andres Gate and the Gate of San Cebrian and Santiago. Visiting these walls, you can get a reflection of how Segovia looked, back in the 11th century AD.

Founded in 1447, the El Parral Monastery is still considered one of the most important monasteries in Segovia. The monastery features Gothic inspirations, which are visible on its façade and carvings etched on the windows and interior of the building. Sculptures of apostles and the altarpieces that adorn the monastery’s interior are a perfect example of the Gothic period’s sculptural finesses and Renaissance traditions. You will certainly find yourself traveling back in time and enjoying an authentic experience of living as a Catholic monk in Segovia.

Unlike the historical gems mentioned so far, the Esteban Vicente Museum of Contemporary Art houses some contemporary masterpieces reflecting Segovia’s culture and tradition. If you are interested in contemporary art and culture, make sure to visit Museo de Arte Contemporáneo Esteban Vicente. You will find all artistic forms and mediums displayed in the museum, from oil paintings to sculptures to contemporary media works.

With that, we conclude our list of some ideal tourist attractions and things to do in Segovia to experience the rch history and culture this glorious Spanish city has to offer. Let us know in the comment section which destination caught your interest.

Zunaira is an architect, designer, and writer for RevisitingHistory.com, a website dedicated to giving historical background and travel tips to Europe’s magnificent landmarks.

More Places to Visit in Spain

The photo in the header above is of the Alcazar de Segovia castle in Segovia, Spain. Photo by Javier Alamo from Spain.

Zunaira is an architect, designer, and writer for RevisitingHistory.com. 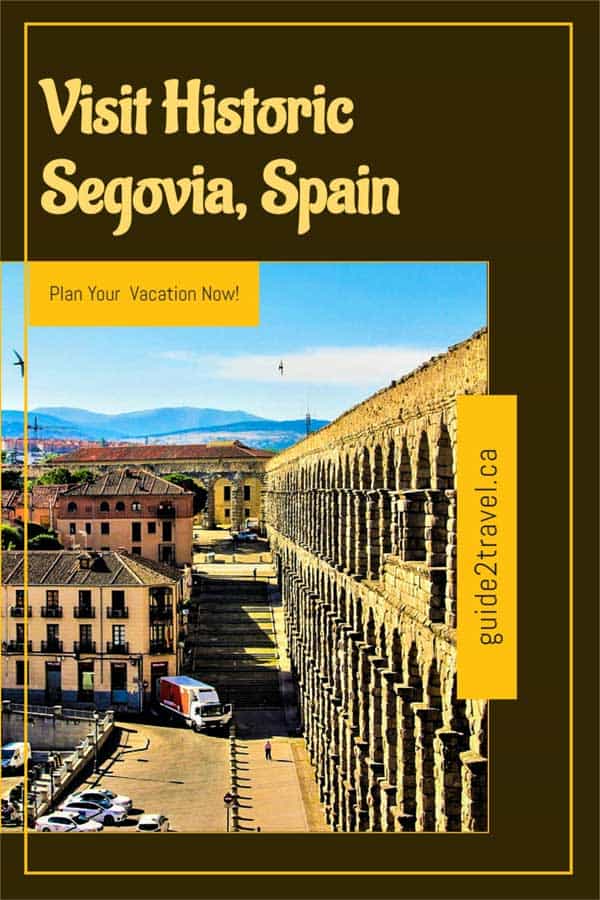 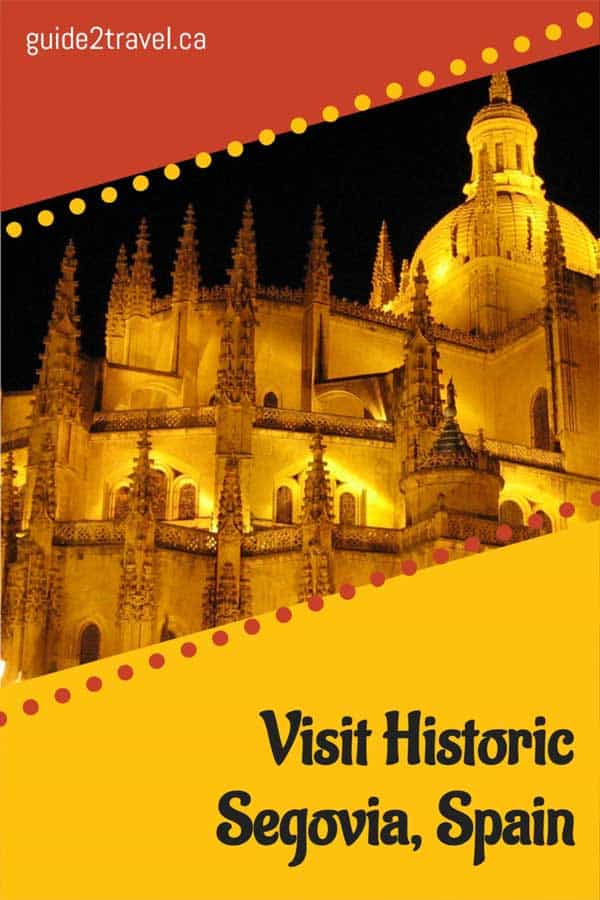 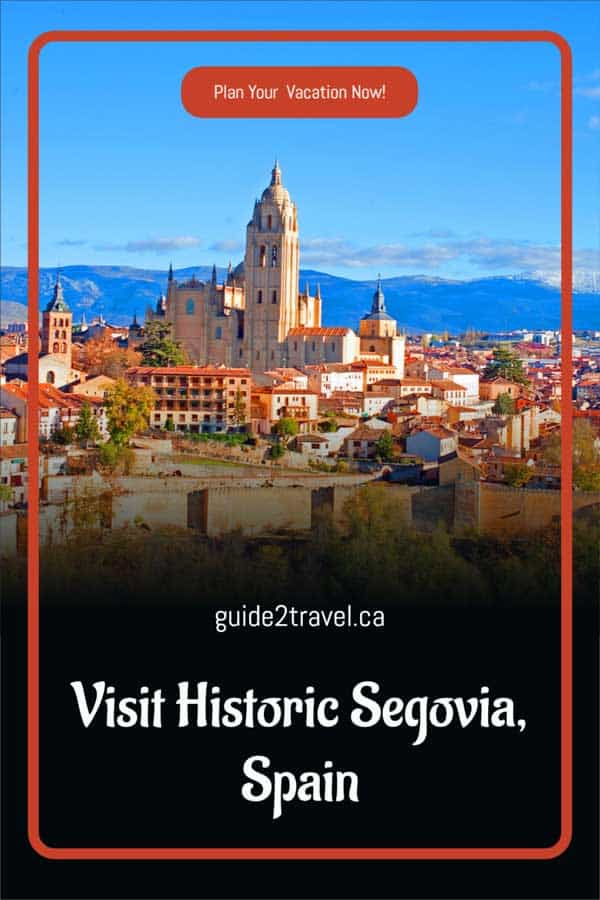 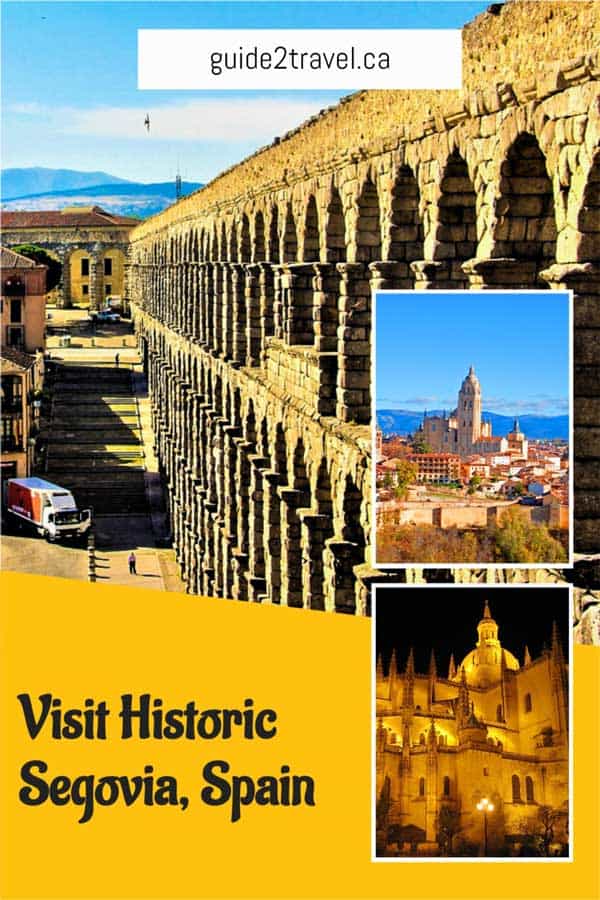